"To give musician a right to earn a live able wage just like an attorney doctor or janitor! music is important take it away and you take away self-expression! In a world of clones, it works not so with humans!" 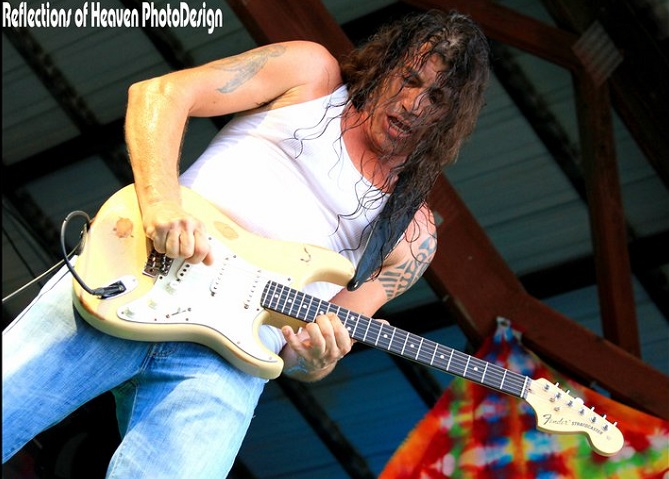 They recorded one album under the MCA-Universal Records label at the Sound City studio, produced by Keith Olsen, who later went on to produce Fleetwood Mac's Rumors album. After the band broke up, they briefly reformed to record a later album entitled Welcome Back, Geronimo Black, for the Helios label, which included ex-Magic Band guitarist Gerry McGee.

What do you learn about yourself from the Rock n' Blues people and culture? What does the blues mean to you?

That being a blues purist is an art form in itself! Although not for me I just can only take from it and incorporate it when it’s called for. The blues means to me is hardship and the tenacity to keep on keep in on!

What were the reasons that you started the Rock researches and bass experiments? How do you describe 'Geronimo Black II' sound?

I was born into the music! Geronimo Black two changes a lot, at the time it was a result of four guys having too much fun. Plus, I am the original Geronimo Black, my dad used my name for his band, it use to bother me, not as much anymore, I sure miss Jimmy!

Joe Buffilino he was a good agent he sent us on the road when there was a good music scene! Advice back then was to look and play the part haha! Gigging in Spain was incredible! Watched a bullfight then walked to bar to play with the whole village so much energy! Jamming with Ike Willis in Germany! Recording a lead track for my father and Arthur Brown in Austin Texas, mad cause my pops said the first take was the best and I wanted to do another one haha!

"The blues means to me is hardship and the tenacity to keep on keep in on!"

The sound and the vibrancy of the crowds! At this point we have lost our legacy to the younger generation who's taste have changed to more robotic sound, my hope is to play in South America. My fears are to have none and just roll with the punches!

To give musician a right to earn a live able wage just like an attorney doctor or janitor! music is important take it away and you take away self-expression! In a world of clones, it works not so with humans!

Sublime about wraps it up on how we evolved taking different approaches to make it our own! Sometimes change is good and healthy and can reach the mass more than the cookie cutting culture you see today forced fed by the mainstream music industry! my journey still continues and my view is always changing and as my dad sung these very lyrics they ring true for the black family! You have to wade thru miles of shit to get to paradise!

What has made you laugh from the late Jimmy Carl Black? What touched (emotionally) you from "Geronimo Black" sound and music?

I Really grew up with great players Lowell George inspired me to play slide with a spark plug socket! And Denny Wally was all about phrasing! 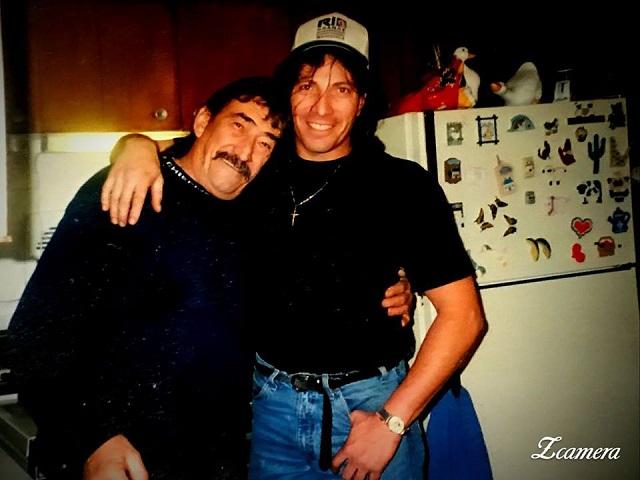 "The sound and the vibrancy of the crowds! At this point we have lost our legacy to the younger generation who's taste have changed to more robotic sound, my hope is to play in South America." (Photo: Jimmy Carl Black & Geronimo Black)

What is the Impact of Rock Blues music and culture to the racial and socio-cultural implications?

Well if you want to see real blues you have to walk down the streets of St. Louis there you can see young men playing purist blues their grandfathers played in that hard era they lived in! Not in a sports bar with blues jams with Caucasian men who think the blues are playing straight thru a fender amp with bitter faces thinking they are living it! Haha there I said it! sigh

1969! Why? because it was the summer of love! Haha! and with that Elvis has left the building! good luck on your endeavors!