"The Blues is the best way to express myself. To talk to someone through music about my bad times, good times, about everything. About the real picture of life. Everyone has the blues inside them. They just have to discover it."

The Tubescreamers is a Greek Rock & Blues band from Ierissos Halkidikis. The group been rocking since 2006 and don’t intend to stop! The Tubescreamers mostly play blues-rock covers but also have several tunes of our own. Tubescreamers one of the most well known Blues Rock bands in Greece formed from Bill Markos, the lead guitar player of band. 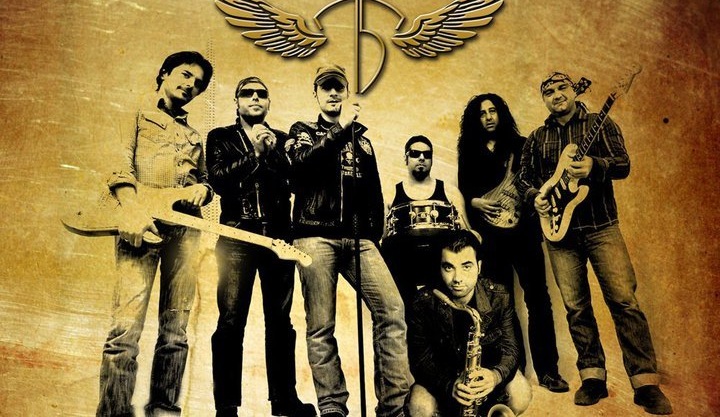 Tubescreamers have shared stages with many famous local and American artists like Michael Dotson (Magic Slim), Blues Wire, Nick & The Backbone, Dimitris Ioannou of Blues Cargo and many others. Debut album was released in 2011 and the brand new second album "The Reply" released December 2013.

When I was a child, my big brother used to have a huge rock - blues record collection. That was when I heard Muddy Waters (best of) record for the first time and it blew me away. That strange guitar sound and the passion of Muddy was breathtaking. After that the only thing on my mind was to buy an electric guitar.

This is how my blues journey began. Blues for me is the best way to express myself. To talk to someone through music about my bad times, good times, about everything. About the real picture of life. Everyone has the blues inside them. They just have to discover it.

What experiences in your life make you a good blues songwriter? 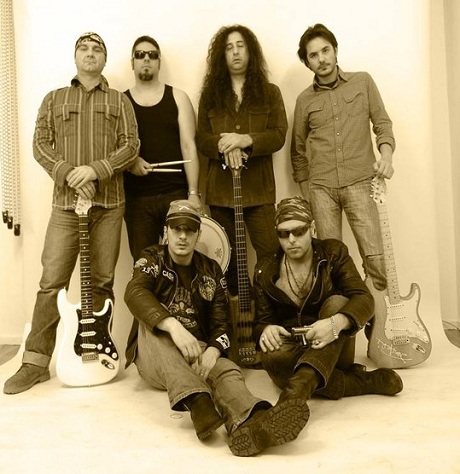 Everyday life is the source to write the blues. Both bad and good times can inspire sad or happy blues songs. This is how it works for me.

What characterises Tubescreamers philosophy and sound? Why did you choose that name?

I would say the sound of Tubescreamers is based on the classical mid gain sound. We like to electrify our songs but without sounding too heavy.

I feel like a very lucky guy. I’ve met some of my childhood music heroes from the Greek blues scene on stage.

The advice that I will always remember is “keep the ball on the ground” (be descent and humble). Another piece of advice I can’t forget is that “in music, details make the difference”.

What are the most memorable jams and gigs you've had?

I always reload my batteries when I play with my friends Blues Wire and Nick & the Backbone. I leave each gig with a big smile on my face.

The most unexpected blues jam occurred with the harp player of Bonnie Raitt in a bar in Halkidiki Greece many years ago. "Troubles are making people turn to blues. Sometimes this is good and sometimes not !! But that’s life! Certainly having a bigger blues audience is always a good thing." (Photo: The Tubesceamers and Louisiana Red)

Which memory from Louisiana Red and Michael Dotson makes you smile?

I never jammed with Red, but I met him in person and I’ve watched many of his live shows. He was a real blues legend. I will always remember what a calm and cool person he was.

With Michael on the other hand we had a great gig. Michael is a real bluesman. We had a great time that night!

Recording our first and second album really brought the members of the band closer in terms of co-operating in order to achieve the best results in both the albums and our live gigs.

There are many good blues rock bands in Greece but I can’t say that all Greeks are enamored with the blues.

There were good times for the blues in Greece as I remember in the 80’s. Recently, I feel that things are reviving. The Blues audience in Greece is getting bigger.

Maybe cause of the hard times we are living in. Troubles are making people turn to blues. Sometimes this is good and sometimes not !! But that’s life! Certainly having a bigger blues audience is always a good thing.

What mistakes in local blues business would you wish to correct? What are your hopes and fears for the future? 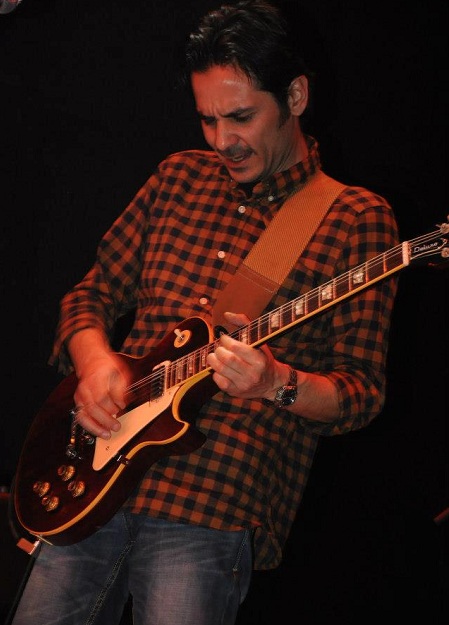 I don’t feel that I am the right person to correct something in the “blues business”. The only thing that bothers me is that the government made some new hard laws which demoralize club owners to hire new bands. Without new bands there is no future in music generally.

What is the usual funny story that you hear about the local blues scene?

Believe me, I can’t remember a funny story about the local blues scene besides the fact that sometimes club owners demand that the band carries along a couple of busses filled with fans in order to fill their venues.

How difficult is it to be a blues band outside the U.S... and especially outside the city walls of Athens?

It is very difficult. There are no record labels in Greece which can help blues artists. Also music stages who can invite blues artists are limited.

Outside the walls of Athens things are harder but don’t think that Athens is the center of the blues scene. Things in Athens are difficult too.

We do what we do from our love for music and especially for the blues. Both records we made were selfproduced from gig money.

We did everything by ourselves trying to get the best possible result.

I think Blues rock music is a mix of two great styles of music. It combines the power of rock and the pureness of blues.

This combination creates something which can’t be boring.

What do you miss most nowadays from the old days of blues rock? 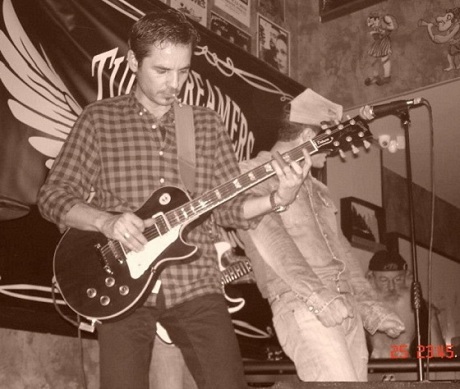 The new ideas and the originality.

What are the lines that connect the legacy of Blues with soul and continue to Southern Rock and Rock ‘n Roll music?

As the great Muddy said “Blues had a baby and they named it rock and roll”. Blues is the beginning. People began to experiment with blues music.

They tried to give more distortion to their guitar sound. They tried to play blues very fast. They tried many things with the blues. Somehow this is the way rock, and rock ‘n roll music was born.

Let's take a trip with a time machine, so where and why would you really wanna go for a whole day?

Woodstock was like a box with the entire history of rock inside it. If I were back only for one day I would like to see as many artists as I could. Woodstock was the right place to be.