"I think that Blues and Rock music had played a main part globally, it criticizes politics, religion and if you let it, it can really set you free."

Billy (Vasilis) Merziotis is a Greek guitarist/singer. Born in Athens in 1979, he has written 2 studio albums and 2 singles. He is a composer and lyricist. Through his career in music he has collaborated with many famous Greek artists and played with Alice Cooper's band. In 2013 along with female singer Irene Movia he formed a rock/blues band, After Hours, named after Gary Moore's studio album to honor the artist that has been his greatest influence. Apart from performing their own songs they also cover artists like Janis Joplin, Etta James, Stevie Ray Vaughan, Jimi Hendrix, Led Zeppelin, Bad Company and more.     (Photos courtesy by B. Merziotis archive/All rights reserved) 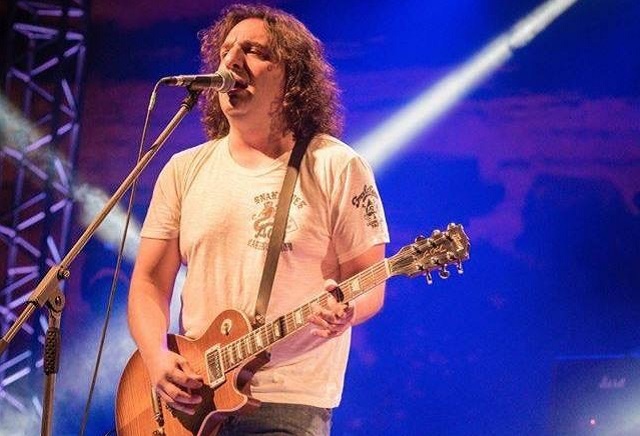 What do you learn about yourself from the Rock n’ Roll music and culture? What does the blues mean to you?

What I’ve always loved about Rock and Blues is the freedom; in every form. The blues is what made me love music; wherever it blends it makes everything sound beautiful.

How do you describe Bill Merziotis sound and songbook? What characterize your music philosophy?

Do the best you can without comparing yourself to others.

I owe valuable experience and memories to everyone I met or worked with! You have to feel the music, not just play it! 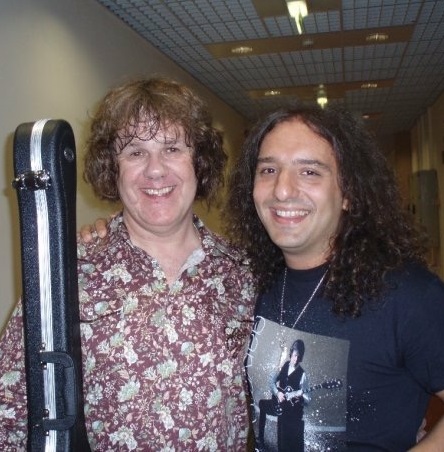 I miss almost everything from the music of the past years, but most of all the inspiration.

"The blues is what made me love music; wherever it blends it makes everything sound beautiful." (Photo: Billy & Gary Moore)

If I could change something that would be to disestablish the use of computers in recording, and go back to using magnetic tapes. You could tell who the real artist was back then!

Make an account of the case of Rock n’ Blues in Greece. What touched (emotionally) you from the local circuits?

It surely is a hopeful thing that more Rock & Blues artists emerge in the last years, I wish we had more space to express ourselves.

What are the lines that connect the legacy of Blues from Muddy and BB King to Zeppelin, Hendrix, Moore and SRV?

All these great artists had one thing in common, they were inpired, in a way they passed the flame from one to another.

What is the impact of Roc n’ Blues music and culture to the racial, political and socio-cultural implications?

I think that Blues and Rock music had played a main part globally, it criticizes politics, religion and if you let it, it can really set you free.

I would love to go back to 1992 in the club where Gary Moore played together with BB King. When I first watched that gig in a VHS tape I decided to become what I am today. 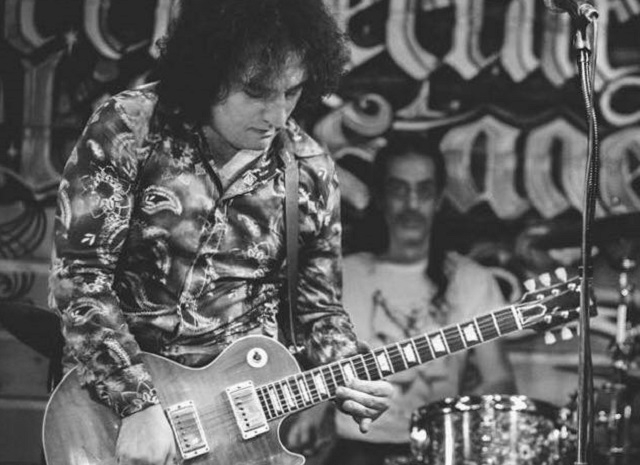