Greek Blues Scene - Q & A with the Blues Meanies: Rembetiko, is in a way very similar to the blues

“Playing The Blues is for me therapy, the best way to detox my Soul from the toxins of everyday life.“
The Blues Meanies: Surreal soldiers of Bluesland
The Blues Meanies is the final destination of four guys that have been playing music together since 2000. Blues Meanies went through changing instruments, music styles, being far from each other... but playing with friends eventually pays off...
All four band members are close friends and played music first time together as early as the year 2000. But after being apart for many years due to studies, finally reunited to form this band!
In a style that always loved but never played before: Dimitris, Kostas, “Friz.char” and Orestis in totally new roles, but at the same time with double the experience. 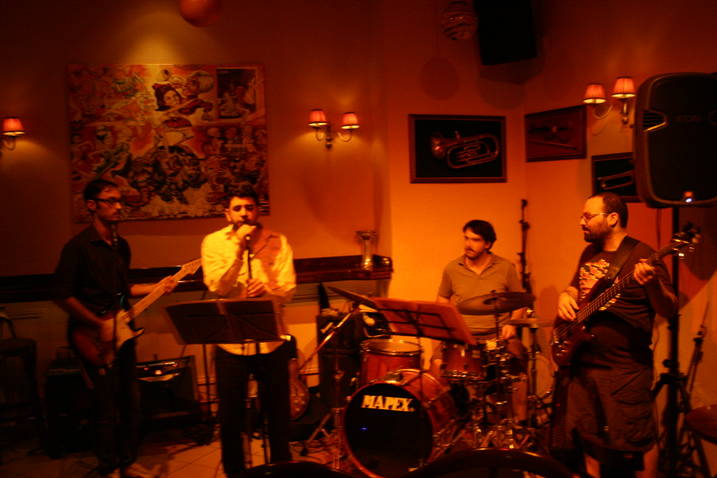 "All have jobs, but Music is our passion and often the only thing that can make our day!"
The Blues Meanies are Dimitris Dakopoulos - Guitar, Konstantinos Aloupis - Bass, Orestis Tsikouris - Vocals & Blues Harp, and 'Friz.char' - Drums.

When was your first desire to become involved in the blues?
Orestis: It all started a few more than 10 years ago, with an evening at Half Note Jazz Club. After that I would try to follow all blues concerts of mostly American artists that took place in Athens...
Dimitris: I can’t recall any first memory but I can definitely recall a John Primer’s gig at the B.L.U.E.S in Chicago, IL in 2007. Small place and great feeling.

What have been some of your musical influences & what were the first songs you learned?
Orestis: As a child I started listening to all the classic Rock bands, only to discover very soon that I was drawn to those particular songs more related with the Blues. I was drawn to blues chord progressions and scales.
First song I ever learned was the traditional American song “In The Pines” aka “Where did you sleep Last Night” that was popularized by Leadbelly in the 40s. It is interesting that the version my generation heard first is the unplugged one by Nirvana.
Dimitris: I’ve had a lot of classic rock background in my childhood but as Jack White said, the more you dig into rock ‘n’ roll it’s like getting a freight train heading straight to the blues. Well, there I am. 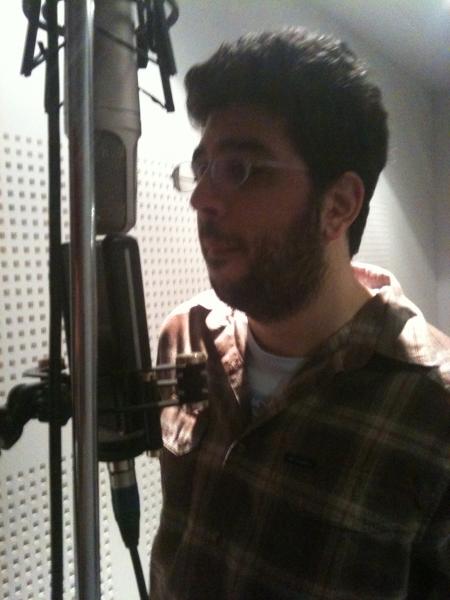 What are some of the memorable gigs and jams you've had?
Orestis: I won't forget the first jam we had with Dimitri's new Fender guitar. It changed our sound.

What does Blues offered you & why do you play the blues?
Orestis: Everybody can see that a big percentage of people living in the big city suffer from depression. And it got even worse now with the economic crisis. I feel that by playing The Blues I can express my feelings, my hopes and my fears. Playing The Blues is for me therapy, the best way to detox my Soul from the toxins of everyday life.
Dimitris: Soul

How would you describe your contact to people when you are on stage?
Orestis: Through our Music of course! We also try to create a warm atmosphere in between the songs by talking with them.

What experiences in your life make you a GOOD blues musician?
Orestis: It’s all those experiences that force you to go out of your shell and express yourself. It could be suffering, it usually is suffering I guess, and you know you must somehow make it go away.  Sometimes I feel that the happy events of your life also take you a step closer to being good blues musician. Actually I hope so...
Dimitris: I don’t consider myself a good blues musician. Ask me again when I’m 80.

Tell me about the beginning of the band. How did you get together and why choose this name?
Dimitris: We’ve been really good friends and colleagues and jammed with various bands for over 10 years.
Blue Meanies are the blue mean monsters from the Beatles' Yellow Submarine. You can do the math! 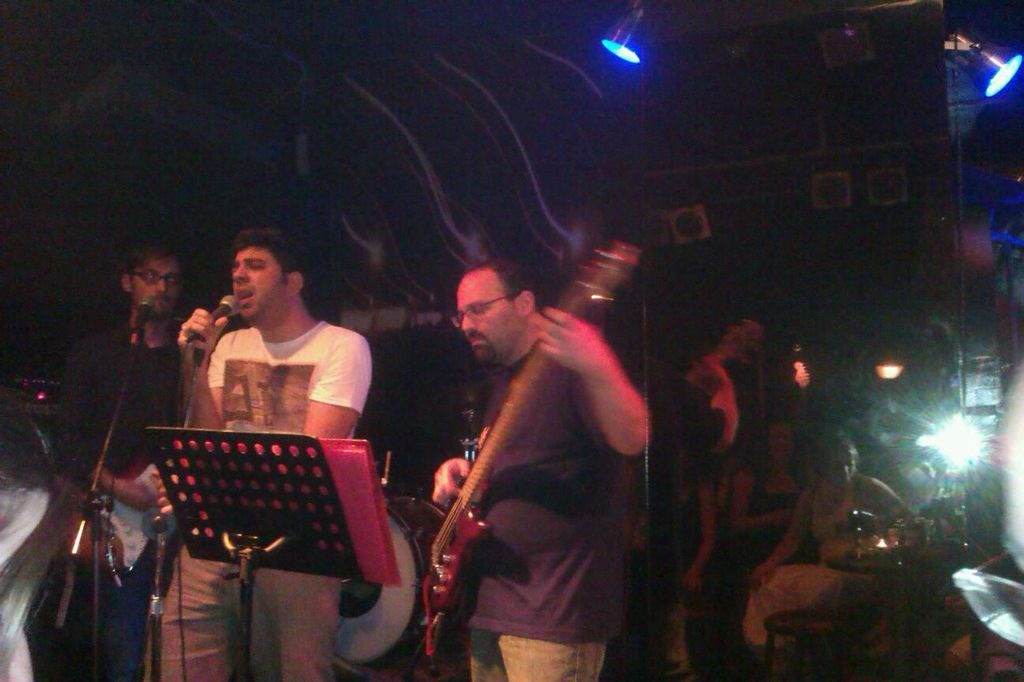 What characterize the “philosophy” of the band?
Orestis: I believe the philosophy of the band is simplicity. We want our songs to have simple structure, our sound to be simple, even the gear we prefer is analog and “plug and play”. We don’t want to waste a single minute in anything other than playing... and I feel that gives us room for true creation. We also chose to keep it to just the four of us, since we are lucky enough to be all close friends.

Do the media help the blues in Greece & what is your opinion about blues.gr?
Orestis: Unfortunately in Greece very few people know about the Blues, since the media totally ignore the scene. And it doesn’t make sense to me because our real musical tradition, rembetiko, is in a way very similar to the blues. Also the Blues scene in Greece might be small but it’s amazing.

Blues.gr is an Oasis for us and one of the few media sources of information.

Dimitris: Unfortunately blues is almost invisible in Greece. Maybe because we have our blues (rembetika) and maybe because (unfortunately) people here prefer listening to other unfortunate kinds of music...
Blues.gr is the only blues community and that says a lot.

Some music styles can be fads but the blues is always with us. Why do think that is? Give one wish for the blues.
Dimitris: As long as there are men, women, passion and life there will be blues. No need for wish then. 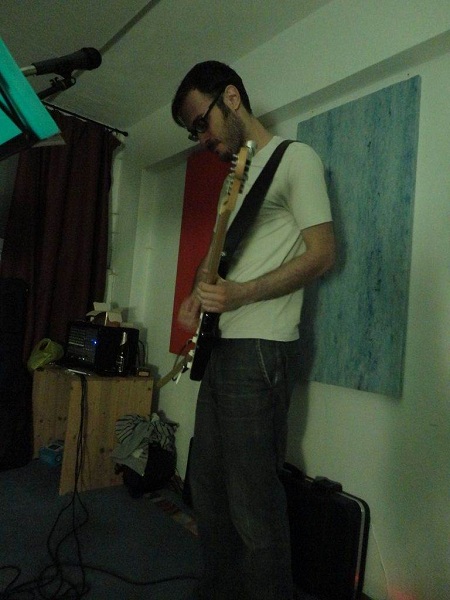 Do you think the younger generations are interested in the blues?
Orestis: I get the feeling that the new generation is more interested both in playing and in listening. The only good that came out of the economic crisis is that it washed away a big part of the trashy Greek music scene, and therefore young people are free to seek true musical expressions. I only hope I am right. We’ll see.
Dimitris: I seriously doubt about it.

What mistake of the Greek blues scene you want to correct?
Orestis: I don't believe there is something to correct, we’ll rather try to add. We’ll try to add today's blues. Help to add actually since there are a couple of bands already doing so.

Do you believes it has the possibility of someone musician to live only with the blues in your country?
Orestis: Only for the top bands and I guess they do small jobs on the side like music lessons to live comfortably.

Which of historical blues personalities would you like to meet?
Orestis: Robert Johnson.
Dimitris: Son House

What would you ask Tom Waits? How you would spend a day with the Beatles?

Orestis: I’d ask Tom Waits what event inspired him to compose “I Don't Wanna Grow Up “. For the Beatles I’d just watch them how they work together when writing a song.
Dimitris: Tom, let’s go and jam. With the Beatles… just be at the studio with them. 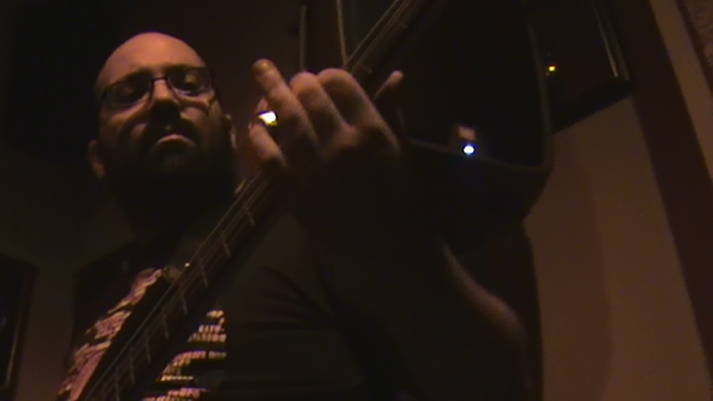 What is the “feel” you miss most nowadays from Robert Johnson’s Blues?
Orestis: It’s the belief that someone can create a masterpiece with just a guitar and their voice.

What are the difference and similarity between White Stripe, Black Keys music and Hendrix’s music?
Orestis: Well they are very different and very much alike at the same time. Different decades, different problems, different ways of expressions... but it’s the blues, and it is played loud! 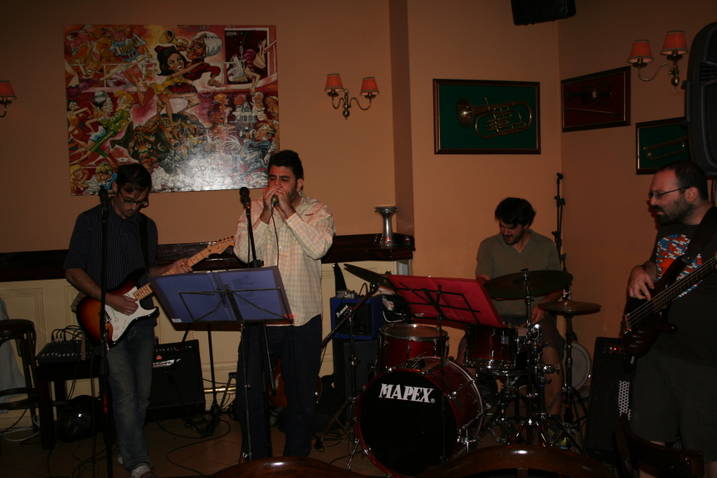