"It (Blues) is a language unto itself that represents humanity at it’s core. Simple truths in life."

Although he’s often closely associated with the Lone Star State since originally taking up residence in Dallas, Texas in the early ‘90s, vocalist/guitarist Shawn Pittman is actually an Oklahoma native. Pittman was born in the small town of Talihina and raised in Norman, a city located in Cleveland County, Oklahoma. 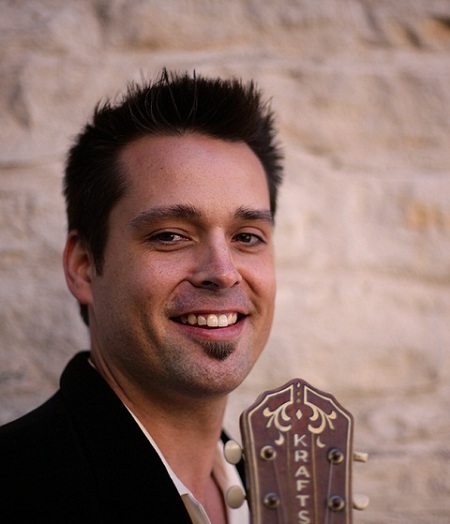 At eight years old he began taking piano lessons under the encouragement of his mother, but later began sneaking into his older brother’s room to play on his drum kit. By the age of fourteen he had switched to guitar and was soon introduced to the mysterious sounds of Lightnin’ Hopkins and Muddy Waters by Braken Hale, a good friend and member of his seventh grade football team. Their friendship would prove significant as Hale would later collaborate with Shawn on writing material for many of his albums.

Pittman moved to Dallas, Texas when he was seventeen years old where he attended the Booker T Washington High School of the Performing Arts. He later dropped out, but picked up his music education courtesy of his uncle who would take him over to the Schooner’s jam in Dallas where he first met Sam Myers. Additional guidance and inspiration came by way of local area musicians Mike Morgan and Hash Brown. His first album, “Blues From Dallas,” was recorded in 1996 and later picked up and retooled for his national debut in ’97 as “Burnin’ Up”. His second album, “Something’s Gotta Give,” was produced by Jim Gaines and followed in ’98. Pittman toured as rhythm guitarist for Susan Tedeschi briefly in ’99. The following year he relocated to Austin and recorded his third album “Full Circle,” backed by Stevie Ray Vaughan’s rhythm section Double Trouble. In 2004, a more experimental and adventurous album titled “Stay” was released. After a much needed break from the music business, as well as some serious soul-searching from 2005-2008, Pittman returned to performing and made a plan to record one album per year.

"Edge Of The World" marks Shawn Pittman’s tenth release and contains an inspired program of original material by an accomplished singer, songwriter and guitarist, recalling all the vintage tones and ambiance of the great blues recordings of the 1950's and '60's.

Shawn, when was your first desire to become involved in the blues & who were your first idols?

I was about 14 and my first idols were Muddy Waters, Robert Johnson, John Lee Hooker, Lightnin Hopkins and Elmore James. When I was 17 I really got into Stevie Ray Vaughan as well. It wasn’t until I was about 19 that I started getting into Magic Sam, Hubert Sumlin, the Thunderbirds and Jimmy Vaughn. 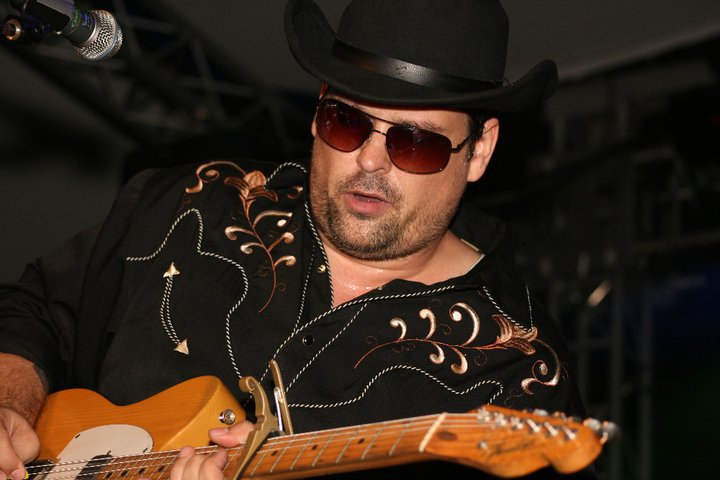 The first gigs I went to to watch were around Dallas when I was about 17. The Hard Rock Café had blues on Thursday nights and I saw Mike Morgan, Hash Brown, Tutu Jones and others. I also used to go to whatever blues jam I could get into. My uncle took me to a place called ‘Schooners’ where I saw Sam Myers, among others and just absorb the way the bands played.

The first songs I learned were ‘Dust My Broom’ and ‘Hideaway’

In life experiences mainly. The stresses of life and money and relationships and in being happy. Willie Dixon is a big favorite of mine as well as Chuck Berry and Bob Dylan.

Musically speaking ‘Blues’ is a term that represents a certain sound for me. It is a language unto itself that represents humanity at it’s core. Simple truths in life. It is a way of overcoming our situations in life whether it is laughing at ourselves at times or allowing ourselves to feel pain and express it in a positive way. Blues has offered me a life that I wouldn’t have had. I have met people and been to places I would have never dreamed before. I have traveled in many parts of the country and the world and met many wonderful people. 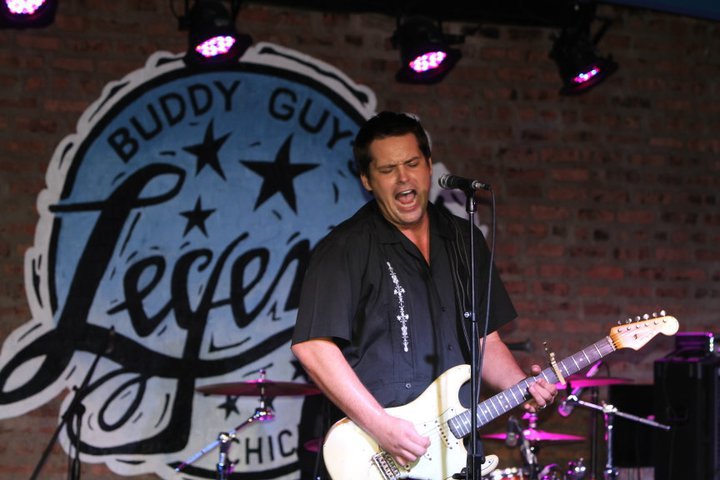 Sometimes I learn about things that are uncomfortable to learn about. I have learned how to be a man because of the blues and learn to face challenges and deal with them head on in a positive way.

How do you describe your sound & your progress, what characterize Shawn Pittman’s philosophy of blues?

I describe my sound as a natural and raw sound. I find beauty in simplicity and rhythm. My philosophy is trying to maximize the meaning of each note.

The only thing that can make one a good musician is hard work, practice and dedication. I learn a lot about the guitar when I am doing things in the yard. I think playing sports actually helped me with music. A sport requires an amount of commitment and teamwork along with a mental disposition that takes discipline.

Do you remember anything funny or interesting from the recording time with rhythm section of Double Trouble?

Yes, I was so nervous and in awe I could hardly play when I was doing the first song. Chris Layton said “man you sound like dad gum John Lee Hooker!! In reference to my vocals.  He told me that you need to come into the room like you’re a great player and know it. I also got to spend time with Tommy Shannon who is a good friend. He is a gentle giant. 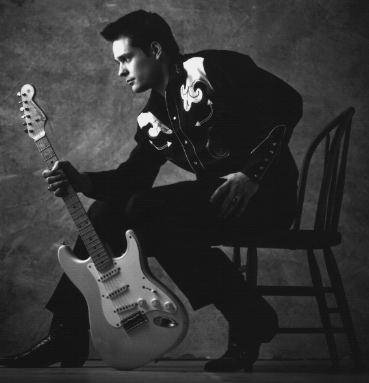 Are there any memories from your “studies” with Jim Gaines, which you’d like to share with us?

Jim had a very easy going approach to things. He is able to look into an artist and find what makes them tick and then help them bring that out in the music. He told me some cool stories about how his first job mixing was at Stax and he worked on Albert King songs. That blew my mind. He also told me when Stevie Recorded Riviera Paradise they almost ran out of tape and he barely got Chris Layton’s attention just in time…when they hit the last now about 2 seconds later the tape ran out!

The best moment was opening up for BB King for two nights at The House of Blues in Houston. He brought me on stage at the end of the night and I got to speak with him briefly afterwards.

The worst moment was when I played at a shark auction in France in a parking lot on the pier in Bordeaux.

Two people. Bernard Bigby who was my first mentor in Oklahoma and Brian ‘Hash Brown’ Calloway in Dallas.

What's been their experience with Sam Myers, which memory makes you smile?

He heard me drumming one night and got up on stage and said “Now that we have a real drummer up hear”…he didn’t know I wasn’t a drummer. He asked me what my name was but Hash Brown was worried about telling him my name because Sam didn’t like me very much at that time. So Hash Brown made up a name Pat Schramm. From then on I knew Sam as Pat Shramm. People would ask Sam if he thought Shawn Pittman was a good player and he would say no, but “Pat Schramm could play a mean guitar!” ( I played guitar with him later that night) It is like a person that has integrity. They are not out for popularity but they are always the one you end up going to for help. When the ‘in’ crowd is no where to be found, the person that is honest and with true character is there for you. I look at the blues like that.

I see the future of blues music repeating itself over and over as long as people keep passing it on down to the next generation of players.  I wish more young people would be interested in it and understand it.

I jammed with Matt Guitar Murphy once at Legend’s in Chicago. We were really playing off each other and he played some great stuff!

I like to tell them stories about how the songs I sing came about. I like for them to feel involved, not in a way like “sing along and clap with me” but in a way that they hear the words of the song. 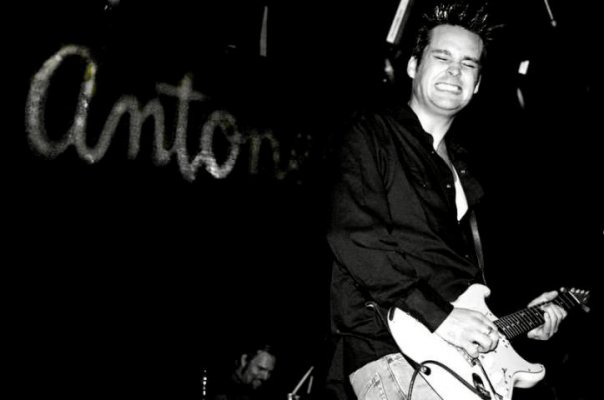 Well that is hard to say and a very technical question. Texas blues is many things. T-Bone Walker and Lightnin Hopkins for example. I don’t hear much of that in rock music today! Maybe it is because the most successful bands that have ever come out of Texas are ZZ Top, Stevie Ray Vaughan and the Fabulous Thunderbirds.

Why did you think that Texas Blues, continued to generate such a devoted following?

I think it is unique because there are many dimensions to it. Country blues, swing blues, rock n roll blues…I guess there is just something for everybody. 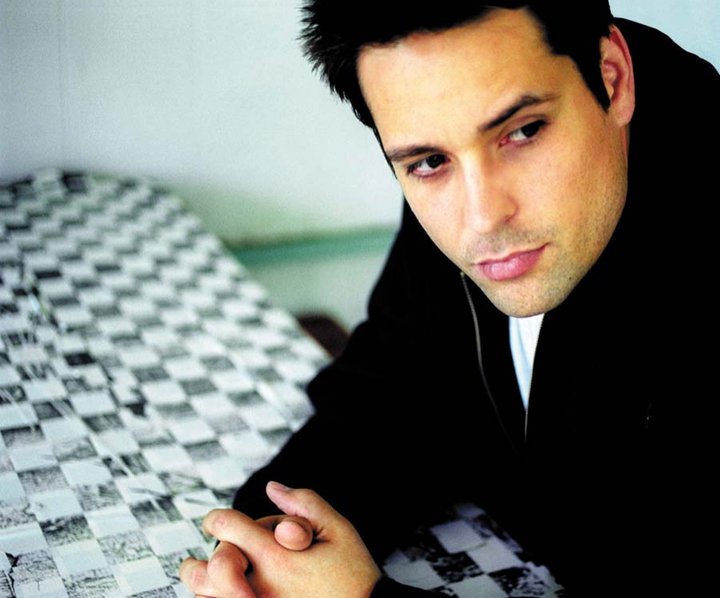