"I believe playing guitar for me is like meditation, I can really let go at times…and it feels great!"

Shawn Starski: Travelin with the Blues

Starski brings every chord and every note to life with an emotion reminiscent of days past. His influences include Eric Clapton, Jeff Beck, BB King, Freddie King, Johnny Winter, and Stevie Ray Vaughan...just to name a few. 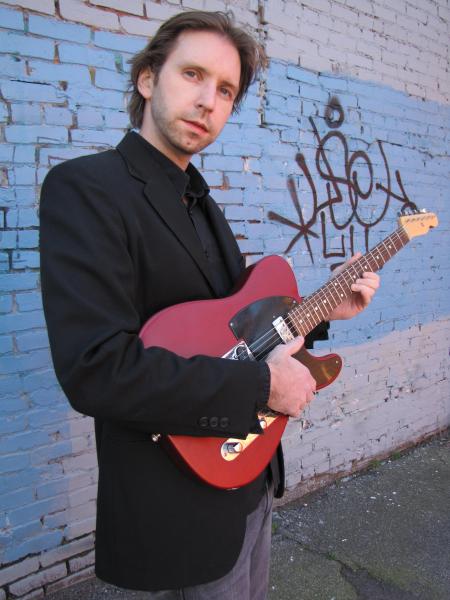 Shawn started his musical journey at age thirteen when introduced to Larry Canora at his families local church. Larry served as a mentor and friend guiding young Starski in the only suitable direction for a man destined to play the guitar. He played in his church band for years until he landed himself in south Florida band The Shadowcasters. Here at seventeen Starski began to refine his playing, and gain understading of his love for the Blues and Rock. After a couple years Shawn joined The Regulators and began studying jump and swing. Both bands were great influences and opened doors to a seven year adventure with Jason Ricci and New Blood. The band recorded four albums and toured extensively throughout the States and Europe, only to disband in 2010 due to musical differences. Since then Starski has teamed up with Kelly Hunt...recording on and touring in support of her latest release "Gravity Loves You." He also tours with Shaun Murphy whose claim to fame comes from singing backups for Eric Clapton, Bob Seger, and Little Feat. This year Starski will be touring with Otis Taylor Throughout the States and Europe promoting his new album "Contraband." Shawn is eager to incorporate his musical style into the Trance Blues Sound Otis has developed over years.

Starski wrote all of the songs and handles most of the lead vocals, with his wife Elle taking over on two cuts at his self-release debut album. On this record Shawn Starski stretches out musically and explores new territories on the guitar. 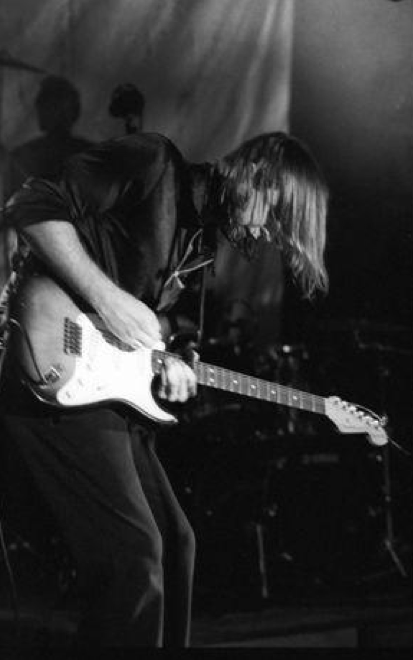 Shawn, when was your first desire to become involved in the music & who were your first idols?
At the age of 13 I heard the band at my family’s church, and the guitar player was great. I wanted to be close to him and his talent, so I joined the band playing bass guitar. I felt it! They called it the Holy Spirit; I later found it to be groove…it’s all spiritual. Playing for people and playing in the band made me want to do that as long as I can..  So with that said my 1st hero would be the guitarist at the church Larry Canora, then my brother turned me on to Stevie Ray Vaughan... Then there was Hendrix, Page and Clapton… I would say they were my 1st idols

What was the first gig you ever went to & what were the first songs you learned?
First gig was a club in Florida called the blue line blues club..  it was a little place and I had the opportunity to play with a lot of bands and my own band. The first songs were “Bridge of Sighs” Robin Trower, “life of denial” Stevie Ray Vaughan, “voodoo Chile” Jimi Hendrix

What made you fall in love with the blues music?
Just listening to Muddy Waters, little Walter and Howling Wolf I can’t help but be in a trance... It gets me deep down. I never try to mimic those guys because I just want to make people feel the way I feel when I hear that music... That’s the best I can do.

Which was the best moment of your career and which was the worst?
Well the worst would be dealing with music business, and how people get takin down with substance abuse. Best thing in my career… I have had a lot of great moments. Every band I have played with, and the places each band has takin me always amazes me. Do you think that your music comes from the heart, the brain or the soul? What characterize the sound of Shawn Starski?
It comes from all the above for me…I’m a guitar player first, I’m learning about songwriting and lyrics. I would like to believe every record I’m going to make will be better than the last.  I will be forever finding the sound, but now the sound I want to convey is fun rocking time...

What does the BLUES mean to you & what does Blues offered you?
Blues to me is…traveling all over the country one town to the next and playing as hard as I can with musicians that love what they do.  It’s all about making people smile, feel, and dance and maybe a little drinking in there as well. 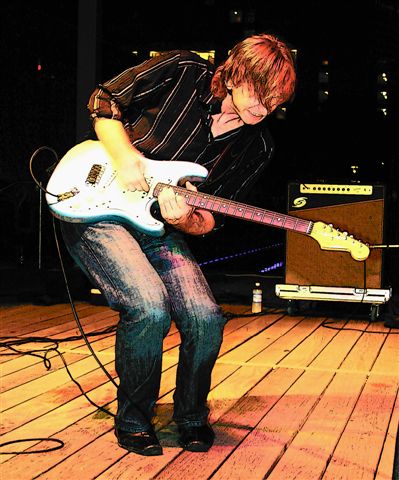 What do you learn about yourself from music? What experiences in your life make you a GOOD musician?
I believe playing guitar for me is like meditation, I can really let go at times… and it feels great! I learn to be grateful for where I have been and where I may go.  The studio and playing live help me play the way I play. Live you can entertain and create, and the Studio you make it right.

Which of historical blues personalities would you like to meet? From whom have you have learned the most secrets about blues music?
I would love to meet and play with Eric Clapton. Truly I have learned from every musician I have heard

Some music styles can be fads but the blues is always with us.  Why do think that is? Give one wish for the BLUES
I think the blues has a groove that won’t go out of style. The pulse is there... Look, if you have a bar where people gather, drink, and dance blues will always go over well.

Where did you pick up your guitar style & why do you play GUITAR & what were your favorite guitars back then?
All of my musical influences have helped me to develop my guitar style. When I listen to music the first thing I hear is the guitar. It’s always been like that for me.  I listen to a lot of guitar players… jazz, soul, rock… whatever it is I listen for the guitar. 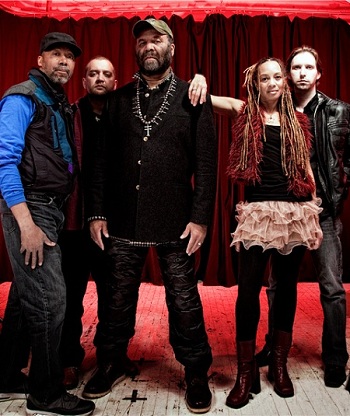 Tell me a few things about your meet & work with Otis Taylor and how do you describe him?
Otis saw me when I was with New Blood... He sat in once... My good friend Todd Edmunds plays bass with Otis and recommended me for the gig, so Otis flew me out to Boulder CO. to jam some.  It went great.  He called and asked if I wanted to tour some this year, and I said hell yea.  So I started playing with Otis in February of this year. Otis is a funny guy

Would you mind telling me your most vivid memory of Otis Taylor’s tour?
Playing in Poland to 600 people at the Warsaw by night blues club was a high point in the tour for me. We always had great food

Which are the best and the worst things in touring?
I don’t want to sound like I’m complaining, but the thing that can get old is waiting around. The best thing about touring for me is traveling… seeing different countries, different culture seeing how people react to your music. Just playing music

What do you think is the main characteristic of you personality that made you a bluesman?
When I get low I get high... 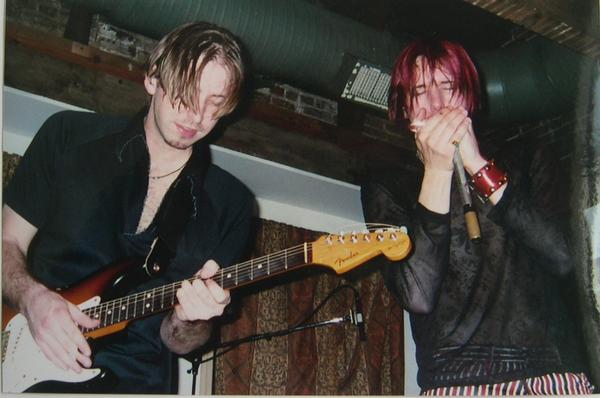 How did you first meet Jason Ricci and New Blood? Are there any memories which you’d like to share with us?
I met Jason in Florida in 2003. He was playing locally, as was I.  He formed his band and asked me to play… we then toured for 7 years.  I just remember flying to Belgium for this one gig that the record company booked for us.  It was a great gig the response was crazy. It was the Moulin blues festival.

What are the things you’re most passionate about in life? What turns you on? Happiness is…
Sometime my wife and I go for a drive and get lost. We find a waterfall, or just drive in the country. I love to travel. All art turns me on! 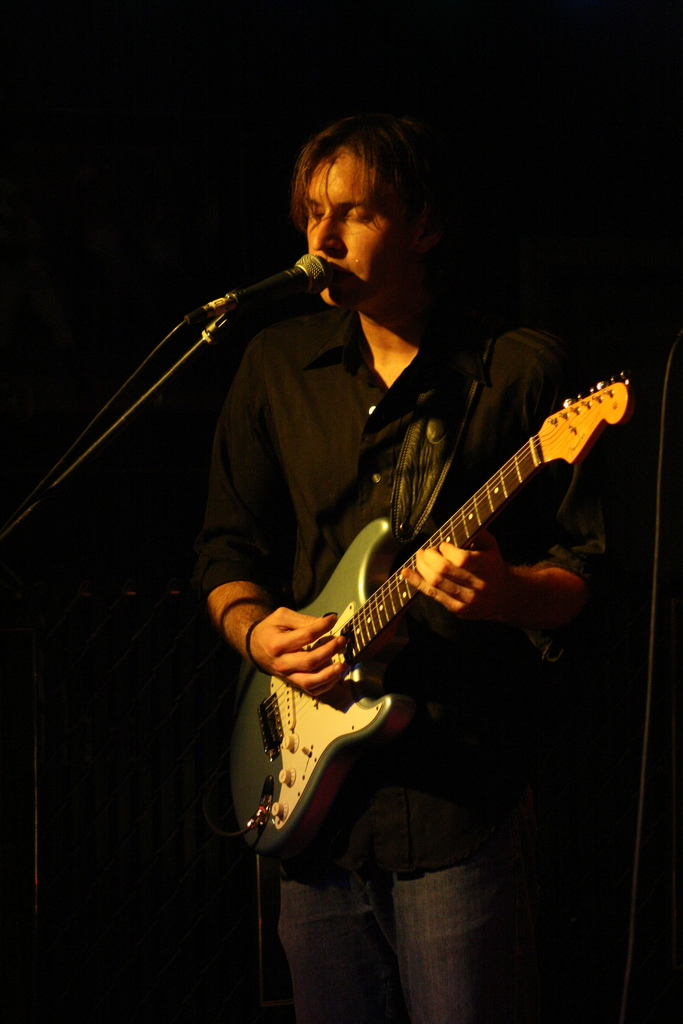