"Back in the earlier days, the blues musicians helped each other more because we were on a mission to turn everyone on to the blues."

From the rural hometown settings of Hamel, Minnesota and the river banks of Minneapolis/St. Paul, the blues influence surfaced as early as the mid 1960's for what was to become "The Lamont Cranston Blues Band". By 1969, The Lamont Cranston Blues Band was well on their way to becoming the legend that it is today. You can't seem to go anywhere today from coast to coast without running into someone that has heard of the band. They are one of the founders of the Minneapolis music scene which is flourishing more than ever to this day.
From the clubs, concert halls and festivals to the auditoriums and stadiums, the Cranstons have shared the bill with Muddy Waters, Luther Allison, Albert King, Albert Collins, Jimmy Rogers, Stevie Ray Vaughan, Charles Brown, Buddy Guy, Junior Wells, Keb Mo, Jonny Lang, Robert Cray, Son Seals, Charlie Musselwhite, Sam Lay, Earl King, Mighty Joe Young, Sugar Blue, Otis Rush, Elvin Bishop, Jim Belushi & The Sacred Hearts, Little Feat, Mick Fleetwood's Blue Whale featuring Ron Thompson, Delbert McClinton, Koko Taylor, Lonnie Brooks, Percy Sledge, Solomon Burke, 'Gatemouth' Brown, Kim Wilson, William Clarke, Tinsley Ellis, The Climax Blues Band, Tower Of Power, The Kinks, The Yardbirds, Kansas, Yes, Jeff Healey, Wilson Pickett, Bonnie Raitt, The Blues Brothers and many many more. One of the biggest thrills was opening for The Rolling Stones on a leg of their North American tour in 1981.
Lead singer, guitarist and harmonica giant, Pat 'Lamont' Hayes has also enjoyed his own success touring with Bonnie Raitt as a member of her band on her 1990 "Nick Of Time" tour; blowing harmonica duets with Charlie Musselwhite in Minneapolis and during a 1994 Hollywood trip after Pat received an invitation from Dan Aykroyd to be a special guest performer at a private pre-grand opening bash at Dan's new 'House Of Blues' nightclub, where he performed with Charlie and his band the first night and with The Blues Brothers band the next.

Mr. Hayes, when was your first desire to become involved in the blues music?
When I was about 15 and started to sing. 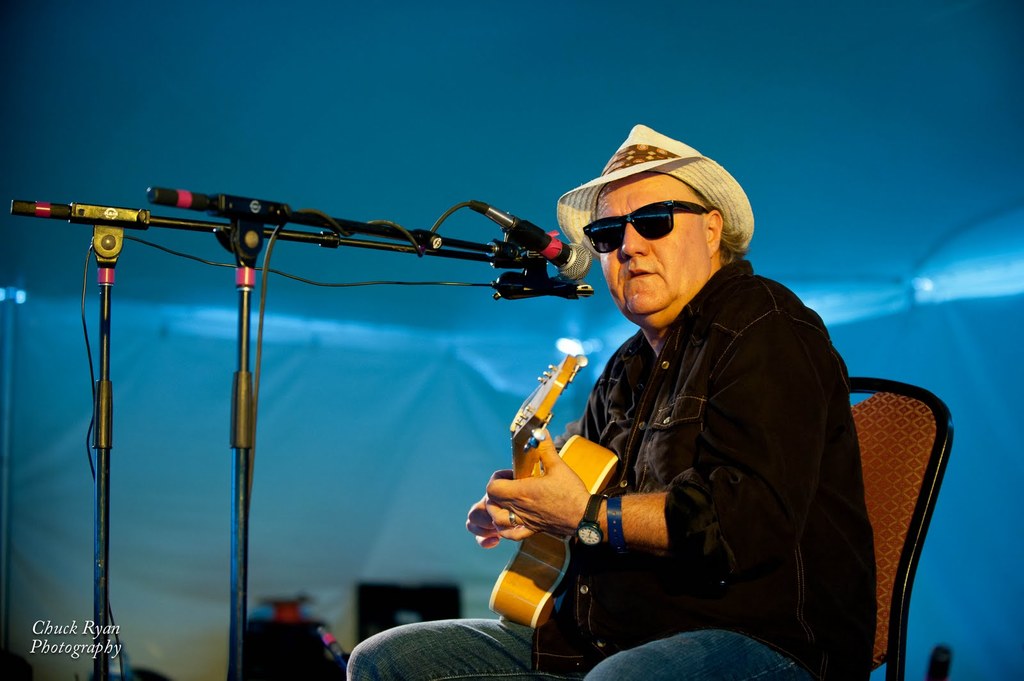 How has the blues changed your life & what do you learn about yourself from the blues music?
Blues music has given me much pleasure, and it shows me that I'm a person who likes to express myself.

Tell me about the beginning of The Lamont Cranston Blues Band. How did you choose the name?
We got together one night for a jam and it sounded so good, we put together the band.  We couldn't think of a name ourselves and then one of my hippie friends who liked comic books came up with "Lamont Cranston Band".  Lamont Cranston was "The Shadow".

What characterize the sound of “Lamont” Hayes? How do you describe your philosophy about the music?
I characterize my sound as modern progressive blues and R&B.  I believe the music brings people together. 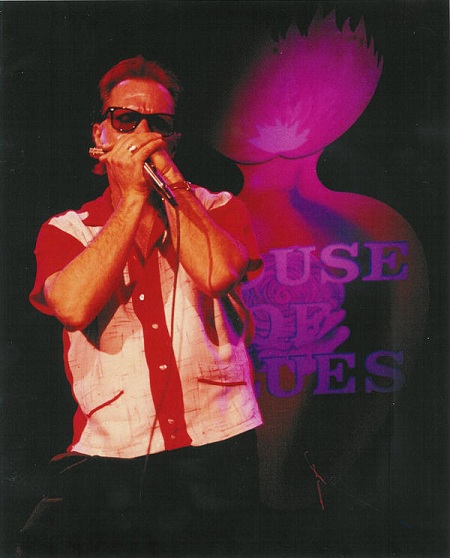 What does the BLUES mean to you & what does offered you?
Blues means all emotions and it offers me a way to express myself.

Which was the best moment of your career and which was the worst?
The best moment was opening for The Rolling Stones and the worst was playing for a crowd of two in Fort Dodge, Iowa.  When we finished, there was only one, but we got a standing ovation.

Do you remember anything fanny or interesting from the recording time?
When we were recording our second album "Specials-Lit", we were in a very expensive and intimidating studio and everyone was uptight, but when I took my pants off, everyone lightened up, and the session went great.

What are some of the most memorable gigs you've had? What’s the best jam you ever played in?
The most memorable gigs were ones where we opened for our heroes like Muddy Waters and The Stones.  The jam I think of most was when I got onstage with my harmonica and traded licks with Albert King in New York.  And, another one in Chicago with Sugar Blue. 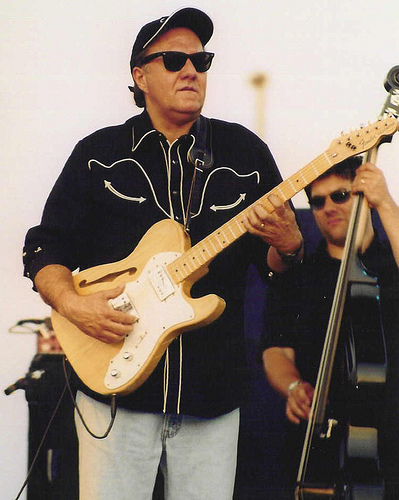 Are there any memories of all GREAT ARTISTS you meet which you’d like to share with us?
Of course, I could write a book about my memories with the blues artists over the years, but one story about Muddy Waters stands out. We opened for Muddy at a place called The River Serpent on an island on the Mississippi River.  After it was over and everyone was leaving I stood on the second floor veranda watching the full moon reflecting and sparkling on the water when below me Muddy and Pinetop Perkins came out to leave, and Muddy looked up at the full moon and let out a howl "aawhooooo".  Seeing Muddy howling at the moon on the Mississippi River is a sight I'll never forget.  (ps.  They never knew I was up there watching.)

With such an illustrious career, what has given you the most satisfaction musically?
It gives me great satisfaction to bring people together and see them leave with smiles on their faces because of the music.

What is the “think” you miss most from the 60s - 70s? Which memory from your first blues steps makes you smile?
I miss the free spirit and togetherness of the 60's and sense of trust with each other that we were all in something together.  I smile when I think of how much I thought I knew about music back when I started, now, the more I learn, I realize how much I don't know. 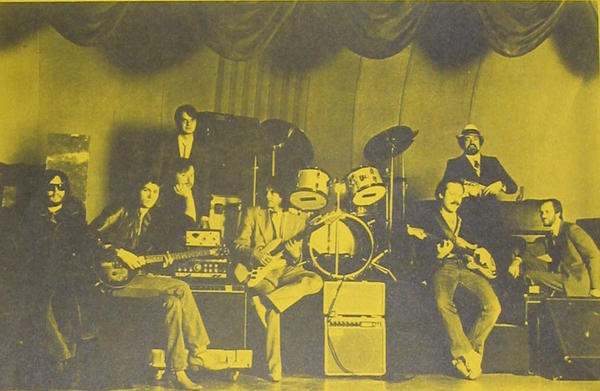 Which is the most interesting period in your life and why?
The most interesting for me was when I was 16-19 years old, because I was discovering all the exotic music and meeting musicians who I respected.  And, I was happy and free and the world was enchanted with beauty and promise.

From whom have you have learned the most secrets about the music?
I and others learned a lot from the first real bluesman we met - "Lazy Bill Lucas", who played piano and had moved to Minneapolis from Chicago and had played with Little Walter, Sonny Boy Williamson, Howlin' Wolf and others.  His house was always open to us, this was when I was about  17 and he taught me about music and life.  Many of his old friends from Chicago would come over when they played in town and we met so many of them at his house. 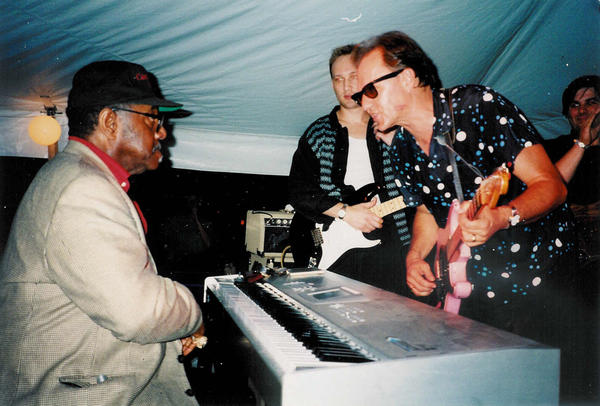 What experiences in your life make you a GOOD songwriter and musician?
Someone once said "to be a better musician, you should become a Better person", and I believe that's true.  Also, a good songwriter should have an open mind and be open to the inspiration that comes to them.

Some music styles can be fads but the soul & blues are always with us. Why do think that is?
I think it's always with us because it's the foundation of Rock and Roll, it's relatively easy to play, and it can express such a wide range of emotions.

What advice would you give to aspiring musicians thinking of pursuing a career in the craft?
Musicians starting out should first really, really love to play the music and love people.  And, they should watch out for too much drinking and partying.

Which things do you prefer to do in your free time? What is your “secret” DREAM? Happiness is……
I like to get out in nature when I can, and ride my bicycle.  And, I read a lot.  My dream of happiness is an affordable house in a beautiful place, with the people I love close by. 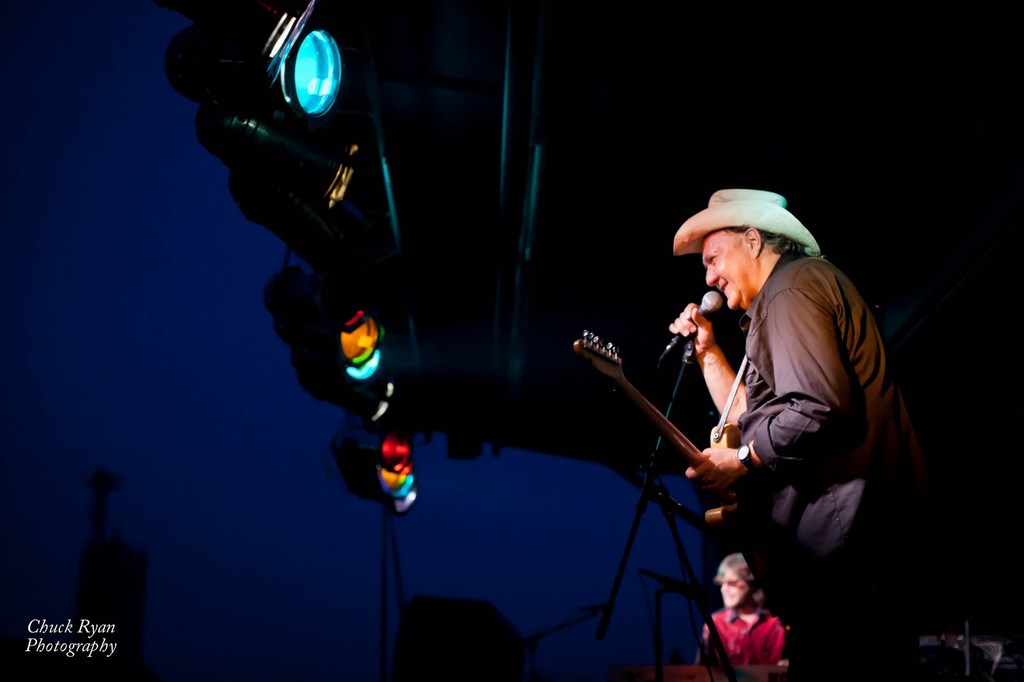