"Blues has always existed, we wouldn't be talking about it had it not."

Bassist for Royal Southern Brotherhood, Bonerama and bandleader/bassist for Charlie Wooton project and Zydefunk. Like many of the artists born and raised in Louisiana Charlie Wooton has hand crafted his own style of bass playing that is comprised of all the different sounds and rhythms that make up Louisiana's versatile musical styles. In high school he was elected to the Louisiana All-State Jazz Band for two years and studied under Ellis Marcelis, Billy Taylor, and Kim Stone. 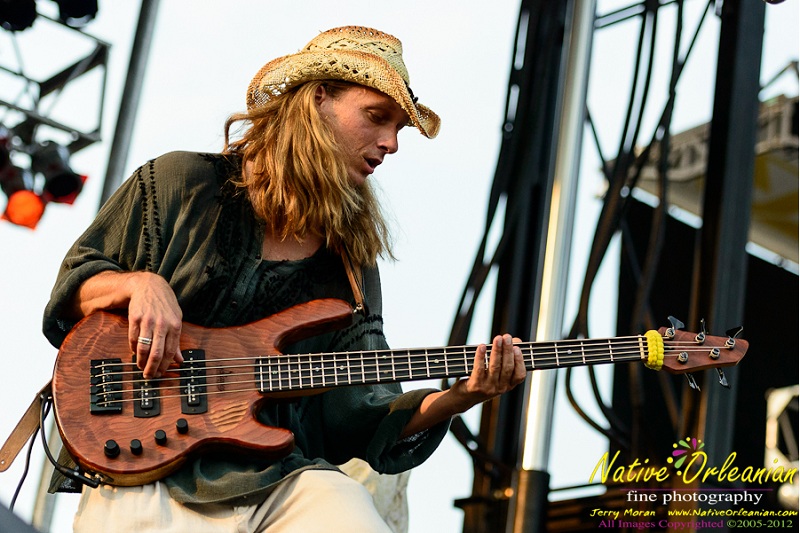 Music became his way of life, his passion and above all a way that he could communicate on a raised level.  He continued his musical education on and off the streets, from the classrooms to the clubs, through the deep south to the west coast eventually landing in Atlanta, Georgia.  In 1997 Charlie moved to Atlanta where he played regularly performing with other Atlanta musicians including Oliver Wood, Yonrico Scott, Sean Costello, and it was in Atlanta where he founded his own band the CHARLIE WOOTON PROJECT and later where he coined the phrase and named his second group after the musical hybrid ZYDEFUNK.  After moving back home to Louisiana Charlie joined BONERAMA and shortly after that he was asked to join forces with Cyril Neville, Mike Zito, Devon Allman and Yonrico Scott to form the Super Group ROYAL SOUTHERN BROTHERHOOD.

When was your first desire to become involved in music and how has it changed your life?

I don't remember a time I didn't want to be involved in music. I have 4 older brothers and they all played when I was growing up and I played on their instruments until I found the bass, which none of them played. It didn't change my life it became my life. 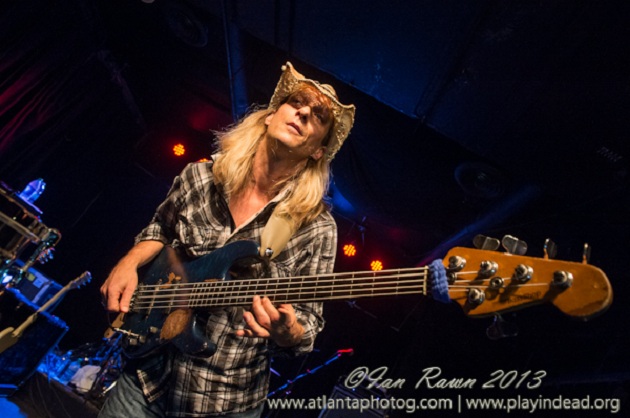 "Blues is an indigenous music. It comes from the land and it is pure soul which makes it timeless. My wish is that the music moves forward which it has, but at the same time respecting the tradition."

What experiences in your life make you a good musician and song writer?

All of them. I could stop there but a couple examples would be doing lots of drugs and drinking getting sober Losing friends and loved ones for stupid reasons or for reasons that make perfect since.

Pain, joy, love, anger, and any other emotion you can think off. The real short answer is the ability to tap into these emotions.

How do you describe the Charlie Wooton sound and progress, what characterizes your music?

To share all the musical experiences I've been fortunate to have. I grew up in Louisiana which has a rich tradition for music, language, dance, food and community. So I searched out similar cultures, the ones I am attracted to are Brasil, Caribbean, South Africa. I spent time and was taught these musical styles by locals of these regions.

As far as progress is concerned, I am a student of music and life and in my band I surround myself with the same type of people. As long as you are willing to learn anything is possible.

From whom have you learned the most secrets about music? What was the best advice ever given to you?

The best teachers are the ones that do it by example, so anyone that I was turned on by their playing. But to be more specific. Bobby Brooks, he was an older cat I played with when I was 19. Victor Wooten, he is a guru of music and life for sure.

Paul and John Wooton, my brothers. Ying and Yang advice from those two. This list is very long so I will stop now.

Which was the best moment of your career and which was your worst? 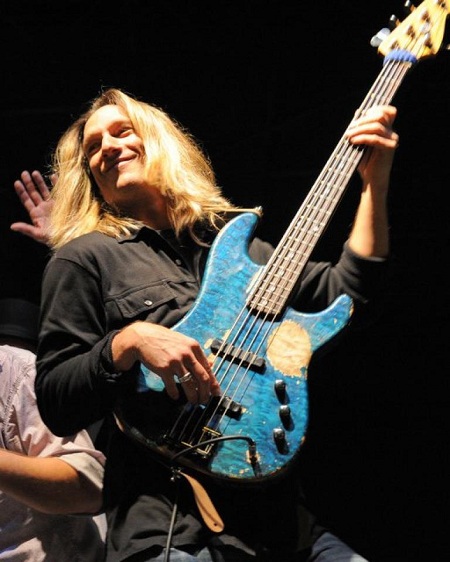 Anytime I get inside the note and realize that the groove has taken over. This can happen in the biggest theaters or the smallest clubs. Everything else is just stuff.

The worst was the only time I couldn't play the gig to a sold out audience after doing 9 hits liquid acid. Lol

What do you miss nowadays from the old days of New Orleans? How has N.O. music changed over the years?

I grew up in Lafayette, LA. so I don't know much about the old days in New Orleans. I left Louisiana when I was 20 and made it back 3 years ago. What I can say about NOLA music is it is rich in tradition. Music has to change to evolve but New Orleans does a great job of holding on to its tradition compared to most cultures, in my opinion.

Do you know why the blues jazz and funk is connected to New Orleans and what are the secrets of the local sound?

There connected cause this is where most of it was born.

Port of New Orleans had all kinds of cultures coming together and the first people to mix are musicians. Sharing ideas and grooves is what developed into what we call jazz and blues today. I can't tell you the secret you just know it by experience.

I'm a huge Cyril Neville fan and the first time he called me I was on a road trip with my wife and I had to pull over to take the phone call cause I was so excited.

As far as the band as a whole there are too many, the joy of taking the stage with 4 other guys that have the same drive as you do is awesome and we have gotten to do it all over the world.

When you see a glowing audience.

When Yonrico and I were finished with the Rhythm Section tracks in just a day and a half. 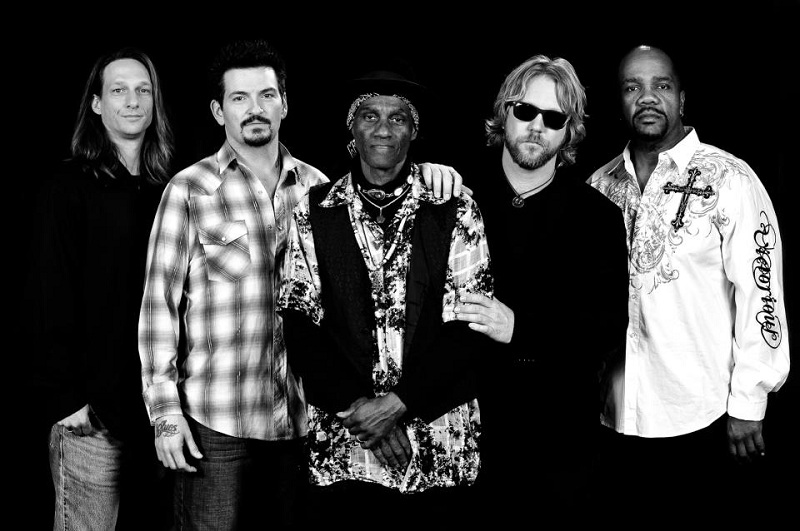 "Port of New Orleans had all kinds of cultures coming together and the first people to mix are musicians. Sharing ideas and grooves is what developed into what we call jazz and blues today."

What's the best Jam you played in? What are some of the most memorable gigs you've had?

The best jam was 6 hours at Grant Street Dance Hall after the International Fest De Louisiana. There were 9 African percussionist, drummer, guitar, me on bass; Charmaine Neville and Zachary Richard and I can't remember the rest. It was 6 hours of solid groove.

Best sit in was last month, I sat in with my good buddy Zac Brown Band and then he came by my gig and sat in with Zydefunk.

Most Memorable gigs. Playing LaLas (the dance) with Chubby Carrier and the Bayou Swamp Band.

Opening for the Meters when I was 19. Playing with West African Percussionist Mohammad Bongora.

Australia with RSB and Jazzfest with Bonerama. Every time I play Northside Tavern with Zydefunk.

Some music styles can be fads but the blues is always with us. Why do you think that is? Give one wish for the blues.

A fad is something that comes and goes, it is usually lacking soul. Blues is an indigenous music. It comes from the land and it is pure soul which makes it timeless.

My wish is that the music moves forward which it has, but at the same time respecting the tradition.

You're also a member of Bonerama, Charlie Wooton Project and Zydefunk. Tell me about that? 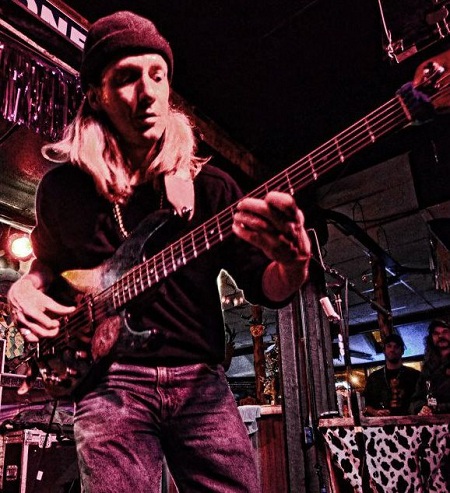 CWP and Zydefunk are my bands I formed while I lived in Atlanta, GA. for 15 years. While both bands may share some songs from the same set list Zydefunk will lean to my Louisiana Heritage, from Cajun and Zydeco to NOLA Funk and Mardi Gras Indian grooves. CWP will add my other musical experiences with Latin, Brasilian and African grooves.

When we talk about blues usually we refer moments of the past. Apart from the old cats of blues, do you believe in the existence of real blues nowadays?

Well you gotta talk about where it came from. The music was evolved by people who were going through pain and suffering that most of us will never understand. While artist these days can tap into their own pain and suffering I believe there is a different dynamic there.

Blues has always existed, we wouldn't be talking about it had it not.

I can say this. There are two perceptions of New Orleans music.

What advice would you give to aspiring musicians thinking of perusing a career in the craft?

Put your hands on your instrument as much as possible. 8 hours a day! Not joking.

Learn the business of music; learn how to market yourself, this will be the difference between building a career or just getting a gig.

Be on time or better yet be early, be prepared on all levels, have a great attitude and don't suck! 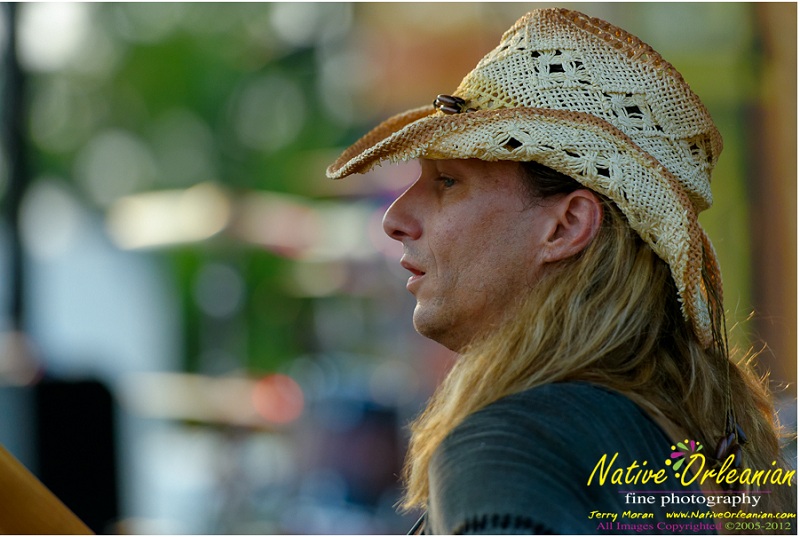