"New Orleans is like a bowl of 'gumbo'. Gumbo has many ingredients in it, such as, chicken, shrimp, sausage, oysters, etc. and New Orleans music culture possesses the same thing, musically, Dixie Land, R&B, Jazz, Second Line, etc."

Leo Nocentelli is guitarist, composer, founding member of the legendary known group The Meters! The Meters have grooved their way around the globe. They have toured with such talents as The Rolling Stones, and have been the rhythm for such diverse artists as Dr. John, Paul McCartney, Robert Palmer and Patti Labelle. Considered by many to be the founding fathers of funk, The Meters created a unique sound that lasted through the sixties and seventies and was reborn in the late eighties. Their trademark sound blends funk, blues, and dance grooves with a New Orleans vibe. After working with Allen Toussaint on some Lee Dorsey tracks, The Meters were told to lay down some tracks of their own. Neville created a band that would rule the New Orleans music community for decades to come. 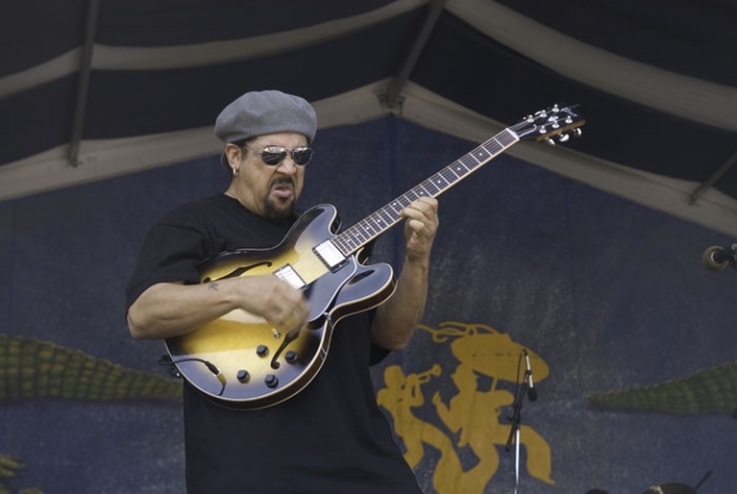 From 1971 to 1978 The Meters recorded five albums. In 1993 The Meters separated and went on their own way for a few years. In 2000 the group got together and did a very successful reunion at The Warfield in San Francisco and toured up until 2006 performing again, with the world renowned group The Rolling Stones. Since then, The Meters went on hiatus. Now, Leo Nocentelli guitarist and founding member of The Original Meters has decided to continue to carry on The Meters music with such classic hits, such as, Cissy Strut, Fire On The Bayou, Hey Pocky Way and Look A Py Py and the list goes on and on. The music musical sound is now known as THE METERS EXPERIENCE.

How do you describe your philosophy for the music and what characterizes the sound of Leo Nocentelli?

My philosophy was to approach the guitar as uniquely as I possibly could. Simply, I didn't want to sound like anybody else.

The best moment and still is, to hear my song creations coming back, at me, through the studio speakers.

…and which was the worst?

I can haven't gotten to that yet.

Some music styles can be fads but the funk & New Orleans music is always with us. Why do think that is?

Because of the musical up bringing each serious musician possesses in New Orleans. 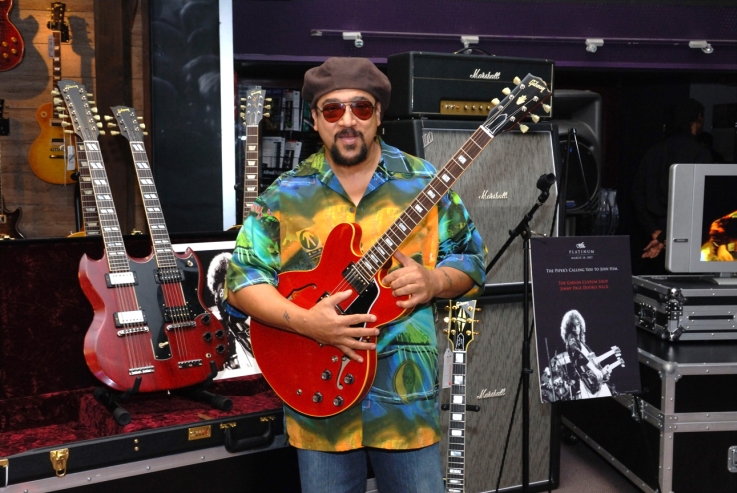 "My philosophy was to approach the guitar as uniquely as I possibly could. Simply, I didn't want to sound like anybody else."

My personality was inherited from my dad, who was an inspiring musician, himself.

What does New Orleans culture offered you?

New Orleans is like a bowl of "gumbo". Gumbo has many ingredients in it, such as, chicken, shrimp, sausage, oysters, etc. and New Orleans music culture possesses the same thing, musically, Dixie Land, R&B, Jazz, Second Line, etc. I think I possess all of those things in my playing.

Why did you think that the Meters continued to generate such a devoted following?

Because of the songs.  Those songs were written to last forever.

Which memory from the Meters makes you smile?

Like I said, before, hearing the songs that I wrote coming back at me from the studio speakers.

Are there any memories from New Orleans from 70s, some of the most memorable tales from the beginning?

I remember before we were called "The Meters" we performed under the name, Art Neville and the Neville sounds. We performed at a club called the Ivanhoe on Bourbon Street in the French Quarters. That’s when I introduced a new melody to, George (Porter Jr.), Art (Neville) & Zig (Modeliste). This new melody, that I wrote, turned out to be named, "Cissy Strut". 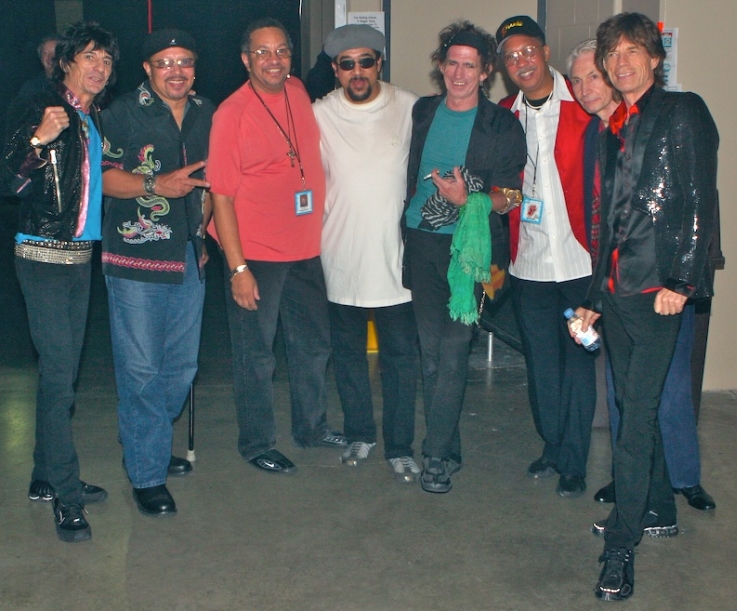 Leo Nocentelli of The Original Meters has decided to continue to carry on The Meters music. The music musical sound is now known as The Meters Experience. Photo: The Meters with The Rolling Stones

What is the line that connects the legacy of Louis Armstrong, Fats, and Professor Longhair with Meters and beyond?

What is the relation between Blues music with Funk, Jazz, R&B, Soul and African folk music?

All music, be it Blues, Jazz or Funk is all relative.

A photo of me and my dad.

From the year of 14 through the age of 22 to answer why, that's when I was having fun learning my craft. 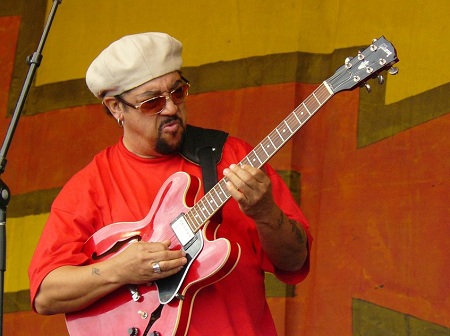 Stay focused and never gives up.

"My personality was inherited from my dad, who was an inspiring musician, himself"

When you have your health and when you are with the person you want to spend your life with.