"I think jazz and blues will be combined with new musical elements to create a new music."

Tom "Bones" Malone is a multitalented jazz musician, arranger and producer. He is famous for being a member of The Blues Brothers band and a member of the CBS Orchestra, the house band for the Late Show with David Letterman. Malone was born in Honolulu, Hawaii. Tom graduated from North Texas State University along with fellow Blues Brothers bandmate Lou Marini. He began playing professionally as lead trumpet with Brenda Lee at a club in Jackson, Mississippi. In response to a call from Warren Covington, leader of The Tommy Dorsey Orchestra, he expanded into contracting musicians. After transferring to North Texas State University, Malone continued working as both a player and a contractor for a variety of groups. 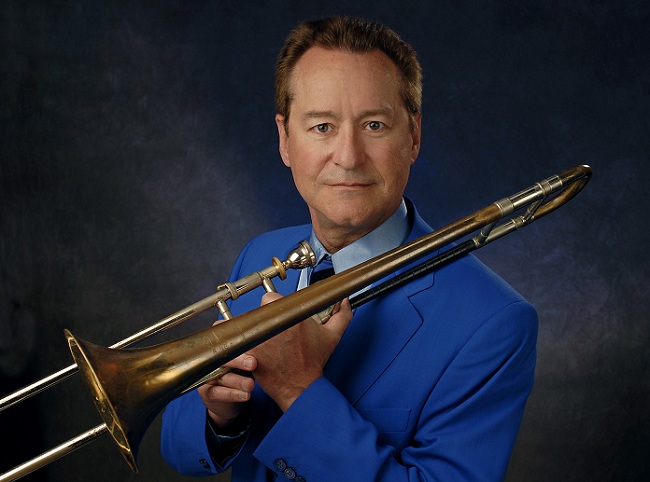 Upon graduation, Malone worked in bands of Woody Herman, Frank Zappa and Blood, Sweat & Tears. In 1973, Malone began a close, 15-year association with Gil Evans, who exerted considerable musical influence on him. In 1975, Malone toured with Billy Cobham, in 1976 with The Band.

In 1970 after he was heard performing with Ten Wheel Drive and Genya Ravan, he received a call from Saturday Night Live, a new and revolutionary, late-night comedy show on NBC. Malone arranged for the show from 1975 to 1985 and served as musical director from 1981 to 1985. A single SNL comedy skit which featured John Belushi and Dan Aykroyd mushroomed into The Blues Brothers; Malone wrote the chart for that first skit, and then continued as an integral member of the Blues Brothers musical organization.

As a studio musician, he has been heard on more than 1,000 records, more than 3000 radio and television commercials and over 4,000 live television shows. His first solo album was in 1992 “Standards of Living” and the second in 1998 “Soul Bones”. Malone's additional feature film credits include The Last Waltz, Blues Brothers 2000 and Sister Act. He frequently plays with The Blues Brotherhood, a Blues Brothers tribute band based in Pennsylvania.

When was the first time you felt the need to play the blues & jazz?

I started playing saxophone in a rock n roll band in South Mississippi in 1961 at age 14.

How did you come up with nickname “Bones”?

It was given to me by a high school friend of mine named Bobby Simms. 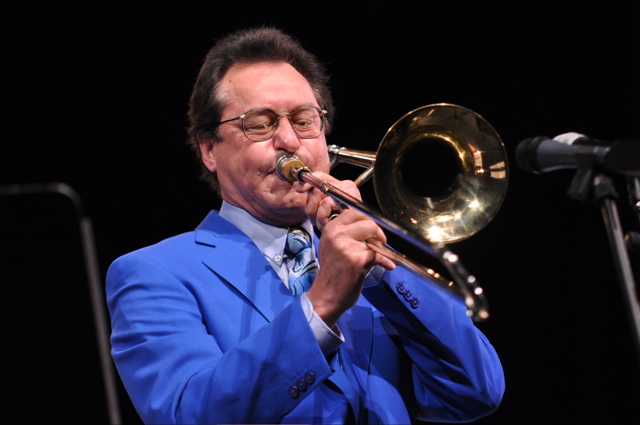 "Jazz and Blues are unique music forms from the USA. Other cultures, particularly Europe and Japan, find this music fascinating."

How do you describe Tom “Bones” sound and progress, what characterize your music philosophy?

I play whatever I hear at that moment.  I express how I feel at the time.

My life continues to become more and more interesting.

I have been quite lucky all the way.

Jazz and Blues are unique music forms from the USA.  Other cultures, particularly Europe and Japan, find this music fascinating.

Do you remember anything funny from the recording and show time with John Belushi and Dan Aykroyd?

John Belushi told me he was going to make me the most famous trombone player since Jimmy Dorsey.  As you now, Jimmy was a saxophone player.  He meant Tommy Dorsey.  I never told John about his mistake. 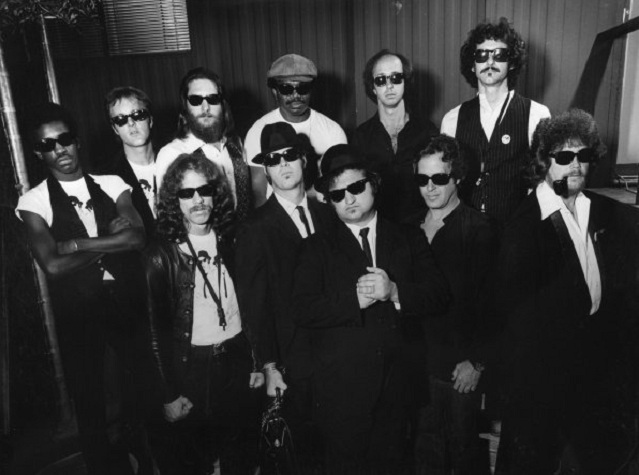 "Styles of music rhythms come and go, but melody, harmony and improvisation survive all change." (Photo: The Blues Brothers Band)

Perhaps Rio de Janeiro 1988 with Art Blakey, Robin Eubanks, Terence Blanchard and Peter Washington.  The club was still open at 6:30am when I left. 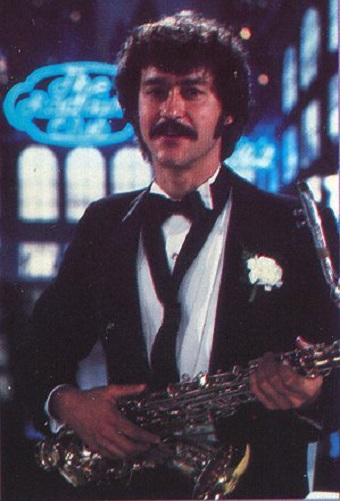 Do you believe in the existence of real Blues Jazz nowadays?

"My life continues to become more and more interesting."

Gil Evans told me he got all of his arranging ideas from classical music.  "Prelude to the Afternoon of a Fawn" by Claude Debussey.  All of the jazz harmonies are found in this piece.

The quality of the songs being written.  Melody and harmony.

I hope to keep playing and arranging while changing with the times.

Which memory from Woody Herman, Frank Zappa, The Band and Blood, Sweat & Tears makes you smile?

Frank Zappa was not crazy until he was on stage.  Off stage he was a very organized businessman.

Would you tell me when was the best Saturday Night Live and Late Show with David Letterman to you?

What are the lines that connect the legacy of Blues with Soul and continue to Jazz and beyond?

I think jazz and blues will be combined with new musical elements to create a new music.

Styles of music rhythms come and go, but melody, harmony and improvisation survive all change. 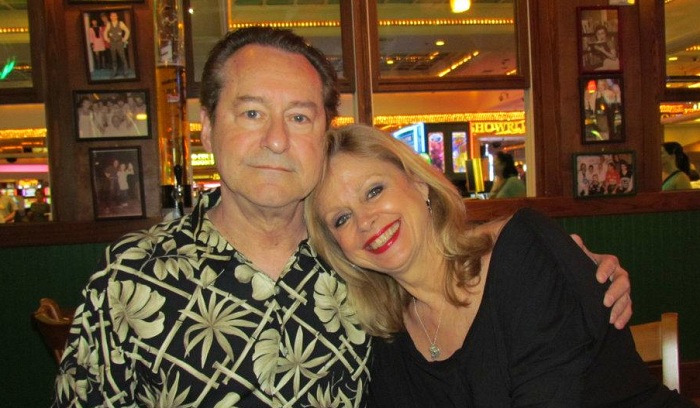 "I play whatever I hear at that moment. I express how I feel at the time." (Photo: Tom and Sally)

My lovely wife Sally of 3 1/2 years and my granddaughter Lilah age 2 years.