Interview with academic and writer Brian Evenson, his writing can be both literary fiction & popular fiction

"Art of all kinds help us push against the limits of what it means to be human, and allows us to explore all sorts of other possibilities."

Brian Evenson was born in 1966, is an American academic and writer of both literary fiction and popular fiction. His writing can be broadly classified as literary minimalism, but he has also explored horror, science fiction, and other genres. Evenson's fiction often features characters struggling with moral, religious, and epistemological problems. Violence and black humor are common elements of his narratives. He has also translated several works of literature from French into English. 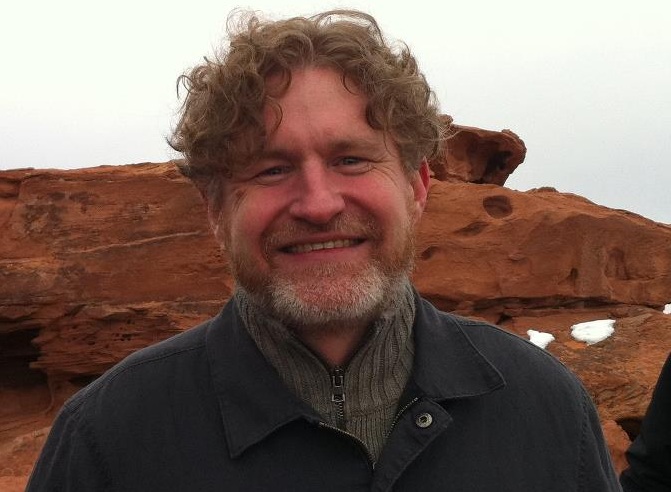 Brian is the author of ten books of fiction, most recently the limited edition novella Baby Leg, published by New York Tyrant Press in 2009. In 2009 he also published the novel Last Days (which won the American Library Association's award for Best Horror Novel of 2009) and the story collection Fugue State, both of which were on Time Out New York's top books of 2009. His novel The Open Curtain (Coffee House Press) was a finalist for an Edgar Award and an IHG Award. His work has been translated into French, Italian, Spanish, Japanese and Slovenian. He lives and works in Providence, Rhode Island, where he directs Brown University's Literary Arts Program. Other books include The Wavering Knife (which won the IHG Award for best story collection), Dark Property, and Altmann's Tongue. He has translated work by Christian Gailly, Jean Frémon, Claro, Jacques Jouet, Eric Chevillard, Antoine Volodine, and others. He is the recipient of three O. Henry Prizes as well as an NEA fellowship.

As of 2012, Evenson is the Chair of the Literary Arts Program at Brown University. He is also a senior editor of the Conjunctions literary journal published by Bard College and has participated in Naropa University's Summer Writing Program and The Juniper Summer Writing Institute at the University of Massachusetts Amherst's MFA Program for Poets & Writers.

Can literature, music and art confront the “prison” of the spirit and mind?

Yes, they can.  Art of all kinds help us push against the limits of what it means to be human, and allows us to explore all sorts of other possibilities. It allows us to go places we haven’t physically goen and to share experiences and feelings that we might not have experienced.  Ultimately good literature is expansive.

What have you learned about yourself from literature and music? What has it offered you?

I think that literature has let me live through events that I didn’t actually undergo, experiencing things at a slight remove. It’s offered me a radically expanded version of living. Music, too, has been extremely important to me—I listen to music when I write and often find myself trying to capture an emotion or mood from a piece of music I’m interested in.

What characterizes the philosophy of Brian Evenson? How do you describe your work? 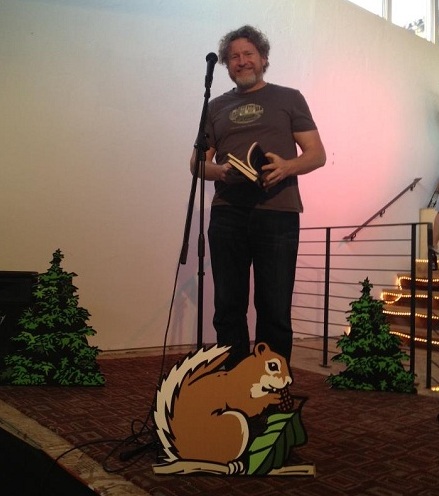 My work tends to be phenomenological:  I like to create work that serves as a trigger or catalyst for the reader, that the reader will feel compelled to complete.  That way, the story ends up being a combination of the words on the page and the reader’s reaction to it.  My work is fairly dark and challenging and calls upon the reader to come close to events and people that in life he or she would stay away from, but does so for the stake of providing a fuller and more complex sense of what it means to be human.

What experiences in life make a good writer? What are the triggers for creations?

I think any sorts of experiences can build a good writer. I think it’s more a question of being willing to pay attention to the experiences you have and think about them and step back from them, use them to postulate how others might think about them as well as yourself.  Anything can be a trigger for a creation—for me stories have come from songs, from experiences I’ve had, from books I’ve read, from things I’ve heard, from things I’ve half-heard, and so on.

What is the relation between music, literature and art?

I think all the arts are connected and that one art has something else to teach the other arts.  I feel like I’ve learned a great deal from both music and art.

I used to be a music reviewer, and really love to listen to music. I tend to listen to music when I’m writing. Often I’ll listen to the same music over and over again as I’m working on a particular novel or story, as a way of capturing a particular idea or mood.  I feel like I wouldn’t be able to write the work I write without an active connection to particular sorts of music.

I think the most interesting periods have been the periods when my children have been very young, young enough that you can see them changing rapidly from day to day—learning to move their fingers, control their hands, starting to understand language, becoming interested in the world around them. That’s not exactly my life, but that part of my life is of course something I can’t remember. But it’s amazing to watch and be part of.

"Music has been extremely important to me—I listen to music when I write and often find myself trying to capture an emotion or mood from a piece of music I’m interested in."

I’ve taught at Naropa almost a dozen summers and very much enjoy it—I think it’s a great, very open place in which the possibilities of work come out.  Probably the most memorable thing I remember hearing there is listening to Bobby Louise Hawkins tell students the pros and cons of taking your clothes off when you’re doing a reading:  how it always starts out well, but that you have to remember that at the end you’re going to have to bend over and pick up your clothes and there’s no way to do that gracefully. I remember, too, once when I was co-teaching a class at Naropa having one of the students in his comments tell me that the seating arrangement wasn’t Buddhist enough, and he’d included a drawing of what a more Buddhist seating arrangement would look like. I’ve also had great meetings and great encounters there.

You have come to know great personalities, which meetings have been the biggest experiences for you?

I’ve been very lucky in that many of the people I’ve met and been nervous about meeting have since become friends. I was nervous the first time I met Robert Creeley, but we became close when we taught together at Brown in the years before he died. I was very nervous to meet the philosopher Alphonso Lingis whose work I admire a lot, but we’ve also become close.  Also people like Rikki Ducornet, whose writing I really admire or the French writer Antoine Volodine, whose work I admire more than almost any other living writer.  Probably William H. Gass was one of the people I was most nervous to meet, but he very quickly put me at ease.  There are others I’ve met and whose writing I’ve been impressed by but haven’t befriended—Wole Soyinka, Salman Rushdie, Orhan Pamuk, Michael Ondaatje, for instance—but I’ve still got a lot out of those meetings.

What are your hopes and fears on the future? 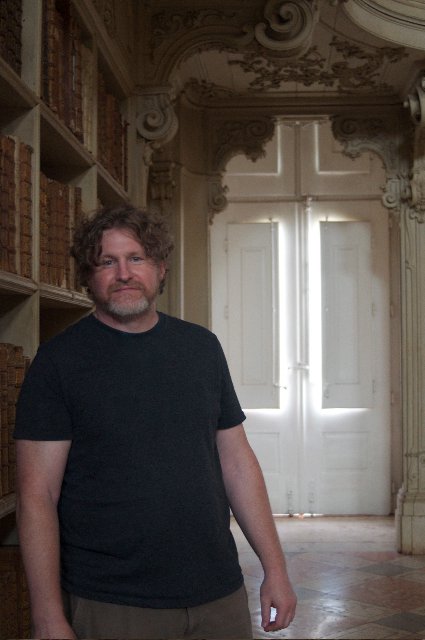 I fear that humanity is going to extinguish itself. I hope that it will not.

"I think all the arts are connected and that one art has something else to teach the other arts."

What made you laugh lately?

My son Max, who is four months old, has become a master of exasperated sighs—they feel so full of ennui. They sometimes make me laugh.

There are a great many.  Of writers, I’d love to meet Henry James and Samuel Beckett.  Of musicians, I don’t even know where to start, there are so many:  Jimi Hendrix, maybe.  Or Mozart.  Of philosophers, Nietzsche and Schopenhauer, among many others...

What do you miss most nowadays from the horror literature of 18th and 19th century?

I think there was more of a sense of belief in the supernatural in writing from that classical period. That strikes me as something rarer today, and unfortunately it’s something that’s hard to simulate.  Also there’s a sense of delicacy and control that I think is sometimes hard to find.  It’s rare today that you find someone like Oliver Onions, who manages in «The Beckoning Fair One» to create such a sense of dread and collapse out of the most subtle suggestions.  Or something like «The White People» by Arthur Machen (which is admittedly in the early 20th century)  which is very subtle in the way it constructs the reader’s sense of what happens.  At the same time, I think there’s exceptionally good work being done today.  Having said that, I think there’s great work being done in the 20th and 21st century, from Robert Aickman to Peter Straub to Laird Barron, with a lot of great voices in between.

Do you know why San Francisco is connected to the underground and avant-garde culture?

I think it’s partly chance.  It’s also a port city that allowed for a lot of different cultures and peoples to mix in a way that was interesting. I think it was someplace that was great and desirable to live in that was also, at a particular moment inexpensive in a way that drew writers and bohemians in. It’s managed to maintain that reputation and feel despite the fact that it’s now heavy with internet startups and tech companies and has become almost unaffordable.

What are the lines that connect the legacy of E.A. Poe, Oscar Wilde with Bowles and Burroughs?

They’re pretty direct in Poe’s case, since Bowles acknowledges him as an influence repeatedly. There’s a great reading that Burroughs did of Poe’s “The Masque of the Red Death” that you can find online.  I think the connection of Poe to Bowles and Burroughs is largely one of mood, and I find it closer in Bowles work than in most of Burroughs. I don’t see a strong connection between Wilde and Bowles/Burroughs, or at least not stronger than between Wilde and many other writers.

"I fear that humanity is going to extinguish itself. I hope that it will not."

Why did you think that the horror literature continued to generate such a devoted following?

Because it’s a literature of sensation, one that tries to make the reader feel like they’re experiencing something at one remove. As a result, it brings the reader into close contact with intense feelings and emotions in a way that a lot of other literature does not.

What from your memorabilia and things (books, records, photos etc.) you would put in a "time capsule"?

I don’t know. I feel like the answer to that question changes from year to year.  I have a lot of books (around 10,000) and a lot of music, and it’d be hard to make choices about it.

How you would spend a day with Jorge Luis Borges and what would you like to ask Faust?

I find Borges a really interesting figure and person. I think if I had the chance to spend the day with him it would be mainly spent talking about old books and our favorite writers. I guess I’d ask Faust: “Was it worth it?” 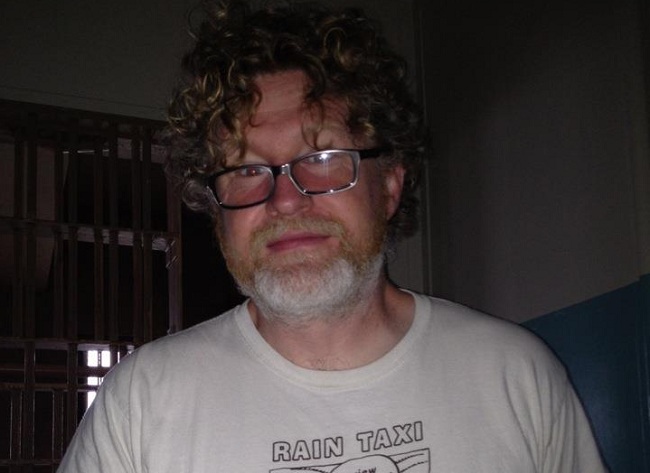