"Blues is about feelings. It's a natural action from the heart and soul."

During the early 1900’s, Arkansas was a breeding ground for some of the world’s greatest bluesmen... Howling Wolf, Albert King, Larry “Totsy” Davis, Robert Lockwood Jr. and others. With his unique style of acoustic guitar, soulful, emotive vocals, and energetic stage shows, Lucious Spiller easily belongs on this list. After relocating to Arkansas from Missouri, Lucious met and performed with many of Arkansas’ blues stars like Larry Davis, who would become one of Lucious’ closest friends and mentors. 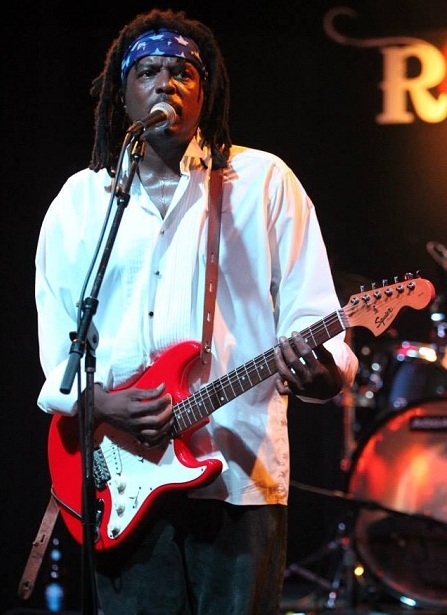 An Arkansas soon-to-be legend, Lucious is an intense, flamboyant blues showman. He is equally comfortable playing the deepest, most heartfelt blues or rocking, good-time party music. His CD, aptly titled “Born to Sing the Blues”, is an energized mix of new and old school blues injected with a tough contemporary edge. The 12 songs (seven written by Lucious) are a combination of straight-ahead blues, emotion-packed ballads, and a sampling of Blues classics that have been “Spillerized“. All are vividly brought to life by ferocious and unflinching guitar riffs and improvs, his power-packed vocals and unlimited energy, hard-earned by his years of experience. Lucious takes his listeners on “an inspired trip to that rollicking crossroads of the blues".

Lucious’ star continues to rise. He has been featured in Living Blues magazine and in the documentary “True Delta”, a riveting look at the vanishing bluesmen who lived the blues in their daily lives, and their desire to pass the torch to the next generation. He will appear in the premier episode of “Moonshine and Mojo Hands” a blues-genre internet series. He was a finalist in the Blues Federation’s International Blues Challenge in 2012, and in 2014, placed 2nd in the IBC’s solo and duo category. With his blazing guitar work, his room-filling vocals, his self-defined blues style (a forceful mix of blues, rock, and gospel), and his boundless energy, Lucious is one of the finest practitioners of the blues today.

What does the blues mean to you? What do you learn about you?

The blues is a feeling that comes from my heart. I learned blues is happy, sad, angry, joyful; the blues evokes all emotions within. What the blues means to me is the life I live and living this life.

Being able to tell your life experiences through music day to day - everyday life.

Describe your sound in progress. What characterizes your music philosophy?

Delta blues with a contemporary edge makes me have a unique guitar style and vocals mixing the old sound with the new. "The blues is a feeling that comes from my heart. I learned blues is happy, sad, angry, joyful; the blues evokes all emotions within. What the blues means to me is the life I live and living this life."

What makes the blues have a devoted following?

What makes the blues have a devoted following is the deep emotions and feelings it evokes that no other forms of music can do. All music comes from the blues in one way or another. It's a classic music art form that started back in the cotton fields of the Southern United States of America known as "call and response" - one person calls out and all others respond. All modern music of today is connected to the blues.

What artist was the most influential in developing your sound?

I have several: Albert King, Johnny Winter who I met at a guitar store at age 13, Larry "Texas Flood" Davis, Bo Diddly, and the list goes on . . . but these were the most influential in developing my sound.

What is your most memorable gig? 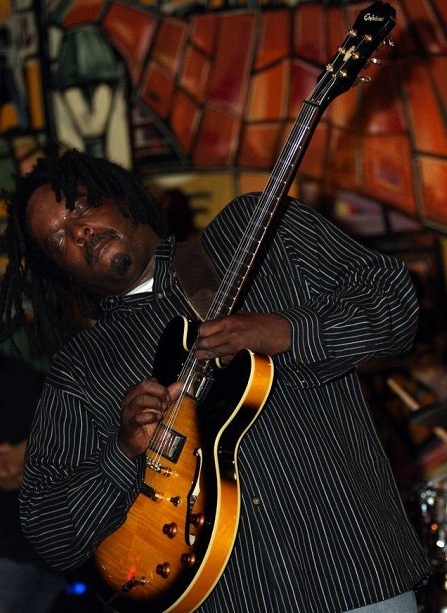 I have two most memorable gigs. The most memorable gigs of mine are with Larry Davis, the writer of "Texas Flood", because his vocal style was a religious experience for me. No other could sing like him and he is one of the most underrated blues men. Also, opening for Bo Diddly - the main architect of rock & roll today.

"What makes the blues have a devoted following is the deep emotions and feelings it evokes that no other forms of music can do."

Which gig makes you smile?

Bo Diddly because I had asked him to "karate kick" for me, but he declined because of back problems. Before I was finished playing, I had him kicking! We talked for an hour and a half after the gig. He told me it was only a matter of time before I make it as a successful musician. He said "You Got It". The lessons I've learned from hands on playing I couldn't get from the best music schools in the world.

Who is the most important person you've met? What is the best advice you've ever been given?

Stevie Wonder. We had lunch when I was 15 years old. He felt my hand and said "You must be a bass player." Stevie Wonder is a musical genius, need I say more? We met at Donny Hathaway's memorial (a famous singer).

The best advice I've ever been given was by Larry Davis. He told me "Boy you got a good voice but you're singing too hard."

What do you miss from the blues of the past? What are your hopes and fears for the future? "My hope for the future of the blues is that the younger generation is exposed to the music so the music style will never be extinct - you know - fade away."

What does it mean to be a bluesman?

What connects blues to soul music?

Blues is about feelings. It's a natural action from the heart and soul. The blues had a baby and they called it rock & roll.

What made you laugh lately? What touched you from the blues lately?

Listening to Lightning Hopkins because when I was growing up and learning to play, the style my Dad played was pretty much like Lightening. When I was listening growing up, I thought it was weak. It makes me laugh looking back thinking how good I think Lightening is today. I'm studying him, laughing, thinking about my Dad's guitar playing.

If you were in a time machine, where would you go for a day? Why?

I would go back to the early 1970's; back to days of watching my Dad play the blues. He was not an accomplished musician, but he knew enough to play for his buddies after work. I would go back to that time so my Dad could show me some of those riffs! I would also go back to watch Magic Sam play for my Dad when he would visit on holiday. Magic Sam was my uncle. 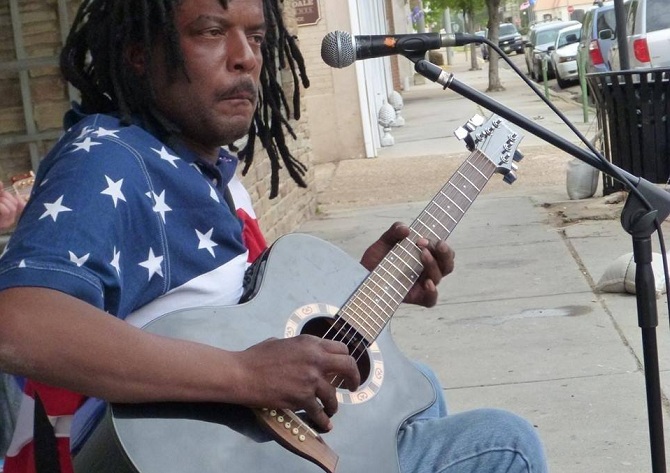