"Blues music has helped me to find what I like and dislike in this world. By this I mean that I like real people and real things, not superficial gimmicks, products or people."

Michael Vdelli: Down Under Flames

VDELLI are a unique three-piece rock band of rare quality and substance. Formed in Perth, Australia in 1997, VDELLI quickly established themselves in the club scene of the “world’s most isolated city” and within a short period of time the band achieved local success and gained a support slot for ZZ Top and supported acts such as B.B. King, Buddy Guy and Kenny Wayne Shepherd. The trio started constant touring in Europe, building up a loyal fan base. Soon after, German indie-label Jazzhaus Records signed the band and released Ain't Bringing Me Down (2009), which was recorded under the guidance of producer Kevin Shirley who is known for his work with Led Zeppelin, Aerosmith, Journey, Black Crowes, to name a few. The follow-up Take A Bite (2010) shows a more versatile side of the group and combines elements of blues, indie and mainstream rock. Over the years, one of VDELLIs’ greatest strengths has been their consistently high-standard live presentation and performance. 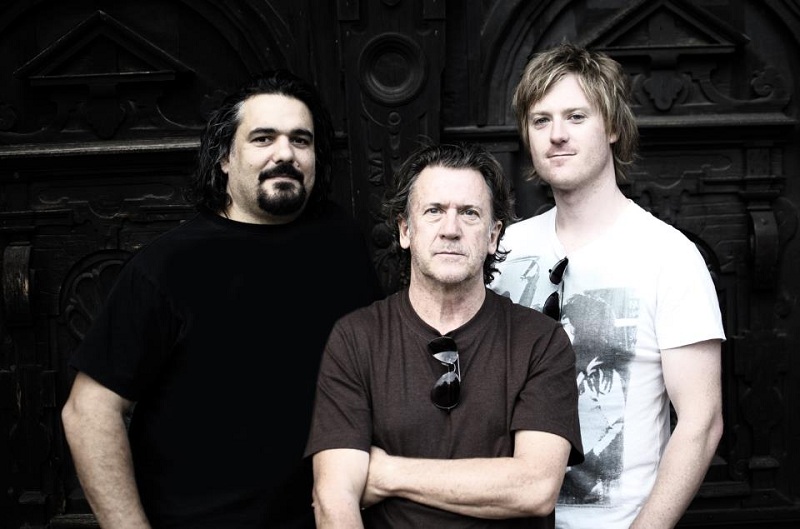 The current line-up features singer and guitarist Michael Vdelli, a charismatic frontman whose vocal diversity ranges from smooth, soulful, bluestones to the voice of a Rock n Roll madman about to explode. Combined with his powerhouse guitar playing, Michael has a stage presence that continues to captivate audiences. He is considered by many industry insiders and fans alike to be one of the shining lights in the genre. His surname Vdelli was formerly Avdelis before his Greek ancestors go to Australia.

On drums, the group features Ric Whittle, a master drummer with a lifetime of experience on his instrument that is immediately evident from the first bar he plays. Bass player Leigh Miller has joined the band in 2010. Sharp witted, with boundless energy and always affable, Leigh brings to the band not only the solid groove and pump orientated playing the group requires, but also a personality that fits perfectly into the pressure cooker situation that is VDELLI. The new album called NEVER GOING BACK and released on February from Jazzhaus Records.

I have been around blues music ever since I was born as my father is a musician and his band would rehearse at our house. I loved to watch them play and would sit and listen for hours and hours. So blues hasn't really changed my life as it has always been a big part of it from the start.

What do you learn about yourself from the Blues, what does the blues mean to you? 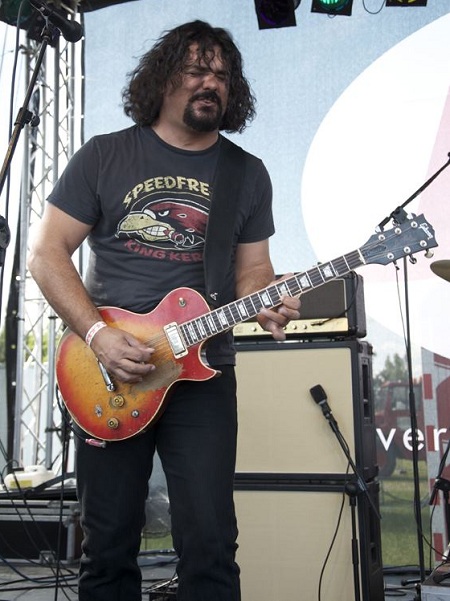 For me blues music has helped me to find what I like and dislike in this world. By this I mean that I like real people and real things, not superficial gimmicks, products or people. You can't get away with that when playing the blues or indeed in life in my book.

To me blues music represents honesty, humility and respect for the music and the audience. The music must come first, before ego, image or any of that kind of "look at me" mentality.

Well I would not presume to call myself either of those things, I'm a work in progress. But what I admire in my favourite artists are firstly talent, then a likeable charisma. Like Albert Collins or Freddie King for example. They are great players and seem to be really likeable guys as well.

I think as far as songwriting goes I like to hear a good story backed by great music played and sung from the heart. This is what catches my ear and keeps me listening.

How do you describe Michael’s sound and progress, what characterize Vdelli (band) music philosophy?

VDELLI play blues based rock from Western Australia. It comes directly from the pub culture of Perth. It's rough and raw, played with maximum energy straight from the heart.

Tell something about new album “Never Going Back”?

Never Going Back is the most rock 'n' roll orientated album we have recorded to date. It still comes from a blues feeling but is more angry and hard edged. I think with this album we are starting to find our true voice and our sound. 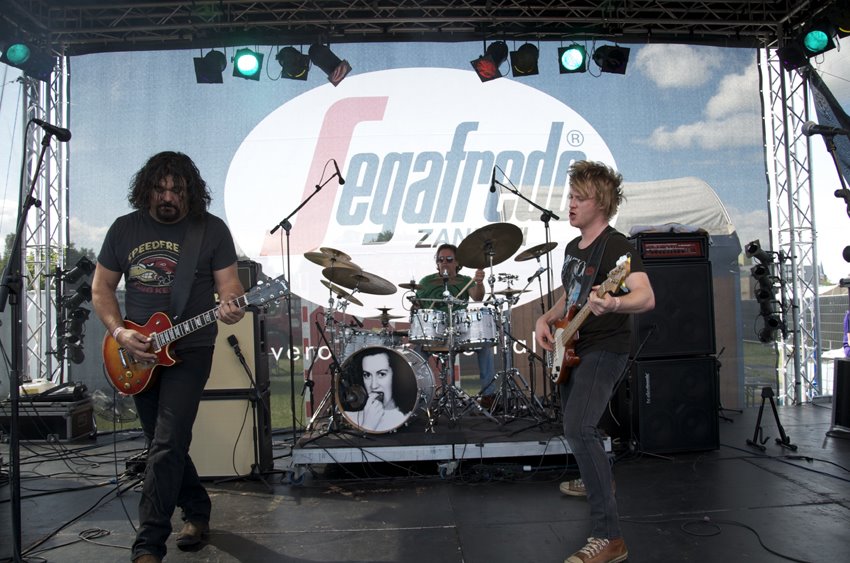 What are your best memories from recording time and touring with the band?

The best memories from recording are when we finish a take and go into the control room to listen back and we are ALL happy. That doesn't happen very often so when it does it's really a good feeling.

Generally I find recording quite stressful as we are always racing against the clock and our budget. So when those little magic moments come along it's great! This new CD was the most enjoyable to record as we had lots of good days in the studio and I was very happy with the final result.

I have always loved touring and playing live. As I write this to you I am in the van driving from Hamburg to Bremmen. This is our 23rd tour in Europe and each tour has been better than the last. The first tours were very hardcore and rough going. Over the years things have really improved.

I think that is what I take the most pride in - that we have kept going and continue to climb up the ladder. Even if it has been very slow going, we are still moving forward and gaining a wider audience.

My Dad. He said "Always play from the heart and keep it real".

What is the “feel” you miss most nowadays from the 60s Blues Soul Rock era? 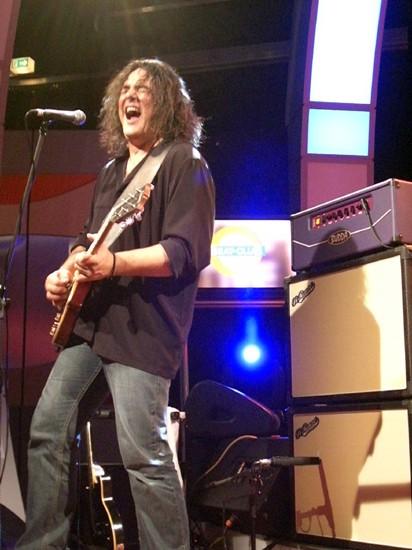 I think the most obvious difference is that in days gone by, mainstream radio would play some music from real bands and musicians writing music for intelligent people. There was still bubblegum music everywhere but some good stuff got through. Now it's basically all nursery rhymes for teenagers who think that it's music. It's fast food music dictated to radio by the major labels.

Are there any memories from ZZ Top, BB King, and Kenny Wayne Shepherd which you’d like to share with us?

One of my favourite memories was meeting BB King in Perth. He had just flown in from Taiwan and was very tired. Even so he agreed to meet with two of my friends and me and took time to talk to us and give a little advice.

The main thing he said was to always value and respect the audience and one's fans. Which was what he was doing for us even though he was exhausted from travelling. I really appreciated that and the lesson has stuck with me ever since then.

What’s on your pedal board? What are your main guitars right now?

I still have my pedals on the floor with no board. I find the board restrictive depending on the set up of each gig. I need to fit the pedals around my mic stand which can be different from night to night.

My main guitar is a 1980 Les Paul Deluxe which I've had since 1992. I also use a 1959 Les Paul Junior for slide. I have a few others but these are my main two working instruments.

From the musical point of view what are the difference and similarity between Blues, Soul, and Rock?

The similarities are often the subject matter. I think they all come from the blues initially. The main differences I would say are more in the production, arrangements and instrumentation. 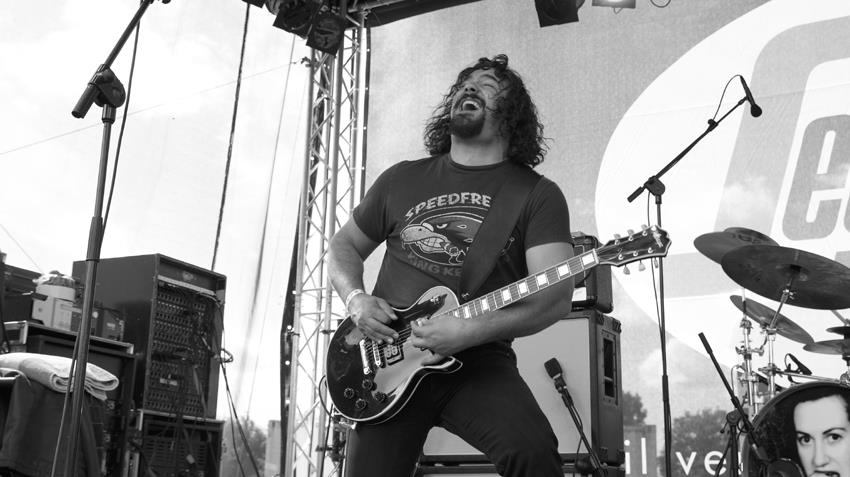 Blues music is real and while there are real people still on the planet so will blues music be. One wish would be that more mainstream radio would play blues and blues/rock music.

Blues to me is a feeling and musical expression of that feeling. It would be unnatural to express it exactly as somebody living eighty years ago would have. Times have changed as has music. Be it through technology, more influences to draw from or location.

You can hear the blues through the music and its up to each individual as to where they draw the line on what is or isn't blues. Personally I don't ever ask myself that question. For me it's more a question of "Do I like this music or not".

The word Blues has become a brand. People will try whatever angle they can to get a marketing advantage. But ultimately if the music is no good it doesn't work anyway.

What is the current state of the Blues scene in Australia? What characterize the local scene? 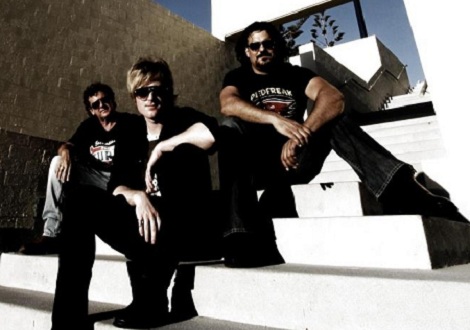 Blues has always had a strong grass roots following in Australia. There are many blues clubs and blues festivals that are very well represented throughout the year.

We have many great bands of varying styles of blues and blues/rock. Boogies and shuffles always go down well with wailing guitars and harp solos. The people love it.

From the musical point of view is there any difference between European & Australian blues scene?

The main difference I would say is that the Australian scene has a pub rock element to it. Even the traditional blues bands have a desperate edge to them which I think is uniquely Australian. Many of the bands are full time musicians so there has to be something there to make the people come back week after week. A lot of us play the same venues weekly unlike in Europe you have to burn every night. 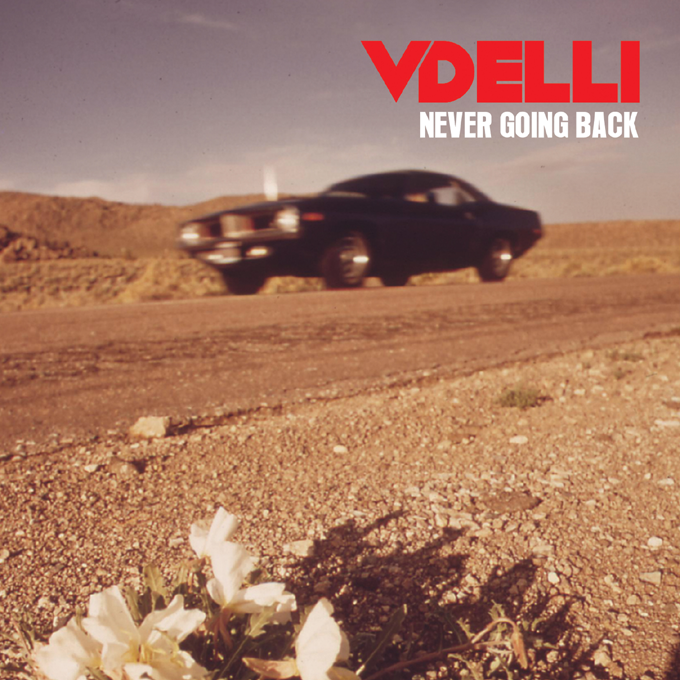