"The Blues will be here as long as humans exist. We get the blues, we have the blues we play or listen to the blues to find common ground and exorcise our troubles."

Bill Phillippe’s musical journey channeling the music of Blind Willie Johnson, Robert Johnson, Muddy Waters, Son House, and Mississippi John Hurt, along with traditional New Orleans tunes and contemporary giants like Tom Waits in a solo guitar format. Bill says: "I’ve spent the last twenty years playing guitar and singing all over the San Francisco bay area. Most recently with the band I founded in 2003, THE BROTHERS GOLDMAN. You may have seen me or heard me in some neighborhood tavern, hipster cafe, jazz lounge, blues club, The Fillmore poster room or on a late Sunday night preaching to the faithful at the Boom Boom Room on Fillmore street. After ten years covering deep New Orleans funk (ala THE METERS) mixed up with contemporary Avant-Groove (MEDESKI, MARTIN AND WOOD), three CD releases and generous press accolades, I have turned my attention to the origination of my thirty year musical odyssey, Delta Blues. So now, I’ve embarked upon a musical journey channeling the music of Muddy Waters, Son House, and Mississippi John Hurt, along with traditional New Orleans tunes and contemporary giants like Tom Waits in a solo guitar format." Debut album “Ghosts” (2014), features original compositions alongside some of the great Blues tunes from the past. A haunting collection of 1920's and 30's acoustic blues and original compositions evoking the spirit of the Mississippi Delta. Bill’s new album PARADE (2016) stretches the boundaries of acoustic blues and jug bands, by incorporating accordion, clarinet and stand-up bass to create a uniquely beautiful and haunting ensemble sound.

The blues to me is an opportunity to express myself. Through the blues I’ve learned that I love the immediate, visceral sensations of joy, sorrow and freedom that you can find in a 3 minute song. One song can cover the whole emotional spectrum I love that!

What were the reasons that you started the Roots/Gospel/Folk/Blues researches and experiments?

I have been drawn to Blues music since I was exposed to Muddy Waters and B.B. King when I was 18 years old. I had just started playing guitar at that time so I was fortunate that I got exposed to the real heavy players thanks to a guy at my local music store and another cat that I was working with at a part-time job. After that I started reading magazines like Living Blues and Guitar Player and reading liner notes to get hip to other players. That led me to Robert Johnson, Son House and Blind Willie Johnson. I’ve been listening to and learning from those guys for 30 years.

How do you describe Bill Phillippe sound and songbook? What characterize your music philosophy?

I gravitate towards songs with a heavy emotional content. I enjoy inhabiting the characters of a song and telling their story through a performance. I would say my sound and songbook are “visceral” and “poignant”. Genuine. That’s my philosophy, be genuine in your playing and your emotional pursuit of a song. "The blues to me is an opportunity to express myself. Through the blues I’ve learned that I love the immediate, visceral sensations of joy, sorrow and freedom that you can find in a 3 minute song."

Absolutely! The Parade studio sessions happened over two days. The engineer and co-producer, Franklin Miller is an old buddy of mine and we’ve worked together on many projects. He and I have a great time working together and he really understood what sonic textures I was looking for on this project. I had rehearsed with the clarinet player Ivor Holloway and the bassist Swen Hendrickson before the session so we knew the tunes inside out. We tracked all 11 tunes on the album in a single six hour session! It was smooth!  Now the accordion was a whole different story. I had never even met the accordion player before the session! He was a local guy that’s really well known as a solid player so I had contacted him and he was hip to my tunes so he agreed to be on the session. We had a separate session just for him due to scheduling issues. So he shows up at the studio and we had never met and never played together. But – as the CD bears out, he played some beautiful, beautiful parts. He was such a pro – just came in set up and instinctively knew what the songs needed. When the recording was all wrapped up I felt so lucky to have gotten a great group of players together to bring my songs to life.

There are dozens of folks I’ve met over the last 30 years that have helped me find my way here, too numerous to mention. But they all were about encouraging me to go deeper into the blues, to play with different folks to search out new opportunities to play and be heard. Advice: Steve Freund, a blues guitar player based here in San Francisco once told me “Play every gig like it is your last”. That’s some blues zen right there.

Well there are plenty of great gig and jam memories but the one that immediately jumps to mind is a gig I played back in 1994. I was playing a local club in the Bay Area here called “J.J.’s Blues”. It’s long gone now, but back in the day it was popular and John Lee Hooker was known to come by from time to time as he lived nearby. Well one night I was playing with a band I was in at the time “Screamin’ Iain and the Diving Ducks” and as I was singing King Bee, in walks John Lee Hooker!  Scared the crap outta me! 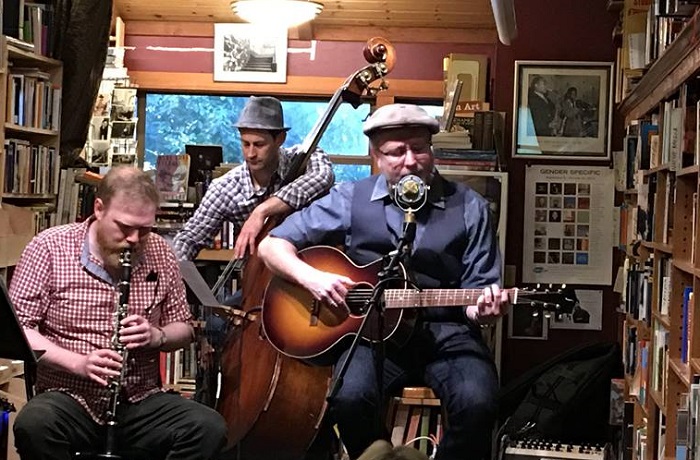 "Genuine. That’s my philosophy, be genuine in your playing and your emotional pursuit of a song."

I lived in Chicago from 1984 until 1991 and I was very lucky to see the real legends of modern urban blues – guys like Buddy Guy, Otis Rush, Jimmy Rogers, Junior Wells and Huber Sumlin playing most any week in small blues clubs. That was a wonderful opportunity to hear the originators of electric blues up close and personal. I really miss those days and the opportunity to hear those fellas play.

What are your hopes and fears for the future of? If you could change one thing in the musical world and it would become a reality, what would that be?

I HOPE that the massive change in the music industry paradigm of the last few years will eventually put more money and opportunity in musician’s hands. I FEAR that fewer and fewer people value live music and are willing to pay to see live shows by great musicians. Well along the lines of my hopes and fears, I would like to see folks willing to pay money to see live music in clubs and bars and working musicians able to earn a living wage.

Make an account of the case of the blues in San Francisco bay area. Which is the most interesting period in local scene?

The S.F. bay area actually has a vibrant blues scene. There are a tremendous number of EXCELLENT players but like most areas there are only a handful of clubs and it’s tough to draw crowds on weeknights. I’ve spent some time in Austin and New Orleans and I’d say they are whoopin our ass – they have music every night of the week and all over town. I love those towns! I’ve played with some local guys who were here and playing during the celebrated “Summer of Love” days and they tell me that WAS the zenith of the SF music scene. I know that in the 20 years I’ve been gigging it’s always been tough to find clubs to play at regularly, but you always make a way because you love music. Why did you think that the Blues “Ghosts” continues to generate such a devoted following?

The Blues will be here as long as humans exist. We get the blues, we have the blues we play or listen to the blues to find common ground and exorcise our troubles.

"It is Universal because it speaks to life experiences that we all have."

What are the lines that connect the legacy of Blues Roots with S.F. Folk Blues boom of 60s and nowadays?

Honestly, I’m not sure there is a connection. I think the one potential connection would be Elvin Bishop. Elvin’s been out here in the Bay Area since the heyday of the Fillmore, after he left Paul Butterfield’s band. He’s been playing in clubs out here ever since and he’s still active and always has a killer band.

Well there’s always SOMETHING that happens at gigs – you know people react to music so you see it all. On a “tip jar” gig I used to do at the Boom Boom Room here in SF, I was playing Motherless Children and this fella comes up stands next to me – mind you I’m sittin on a stool off to the side of the bar, and he starts singing along with me and tosses a quarter in the tip jar after every verse! Hilarious and touching at the same time.

Whoa! That’s a heavy question. I’m not sure I know an answer to that. I think the impact of Blues on our overall culture is pretty limited because Blues is such a small slice of the huge music industry. I think the impact of Blues on the people who do listen to it and enjoy it is HUGE. I can tell you that any blues club I’ve ever played at or gone to is usually like a mini United Nations! There are folks of all races, religions and backgrounds there digging the blues. It is Universal because it speaks to life experiences that we all have.

Oh man - Marlin, Texas 1929. Let me follow Blind Willie Johnson around for a day and break bread with him. That guy is the top of my list for blues players. 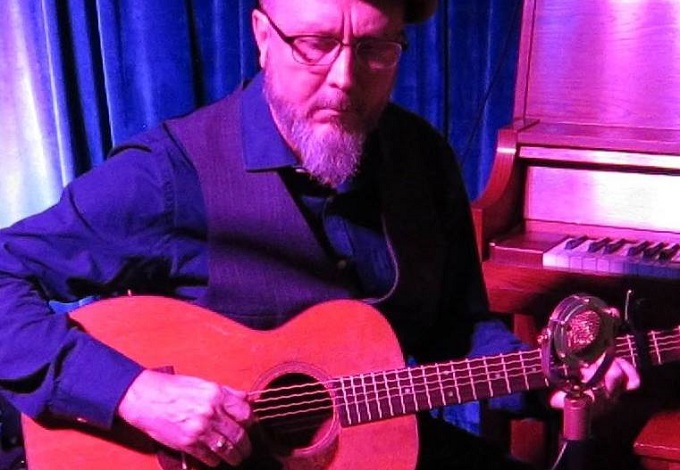