Widely considered one of the best blues guitarists in the world, Kirk Fletcher has commanded the respect and acclaim of critics, peers and fans across the globe. He is a four-time Blues Music Award nominee and has played with a variety of popular artists, including a four-year role as lead guitarist of The Fabulous Thunderbirds. Kirk first picked up a guitar at age eight, playing alongside his older brother Walter in their father’s church. It wasn’t just a gospel influence that Walter shared with Kirk, but an appreciation of many musical styles from Hendrix to Steely Dan. One of the most important lessons Kirk received from his brother was about having great guitar tone, something Kirk is known for today. That early experience guided Kirk through high school as a member of the jazz band, and by graduation he was collaborating with friends and taking off on road trip around Southern California. One day he found himself in a guitar shop, which ultimately became his second home after meeting Jeff Rivera, Robben Ford’s guitar tech.                                            (Kirk Fletcher / Photo by Rick Gould) 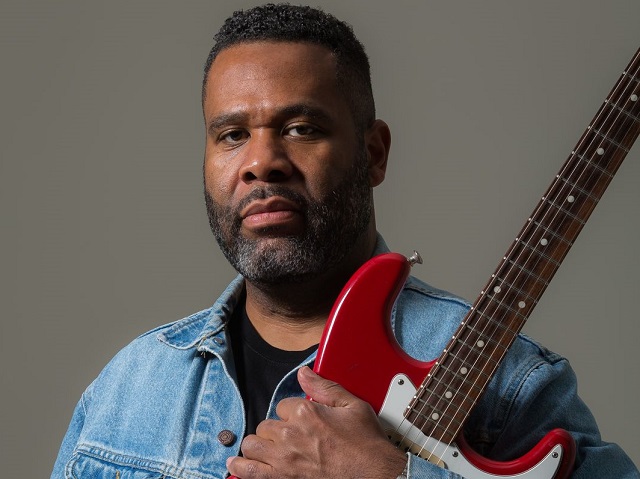 It was in the next few years that Kirk’s full introduction to traditional blues occurred. He started seeking out other musicians who shared this same understanding – enter singer and harp player Al Blake. He helped Kirk to establish connections to other West Coast artists like Junior Watson and Lynwood Slim. So followed Kirk’s first gigs as a blues guitarist and eventually the recording of his first album I’m Here and I’m Gone for the JSP label. Al would also introduce Kirk to Kim Wilson, who invited him into his then-project, Kim Wilson’s Blues Revue. One highlight during this time was at Antone’s 25th Anniversary, which gave Kirk the opportunity to perform with his blues heroes Pinetop Perkins, James Cotton and Hubert Sumlin. So began four years on the road with the Thunderbirds and time spent with many blues artists along the way, including a brief stint with the late Doyle Bramhall Sr. Kirk contributed to the Thunderbirds’ Paint It On before embarking on another record of his own, a release entitled My Turn (2010). Since then Kirk has been singing and leading his own band between the occasional international tour as a member of The Mannish Boys and as lead guitarist for Italian, Eros Ramazzotti. Kirk released a live album Live At the Baked Potato Burning Blues (2014). With his next studio album Hold On (2018), Kirk Fletcher was better than ever. Having toured the world for years playing with legendary artists and his own band, Kirk’s deeply-rooted musical sensibilities and life experiences have culminated for this fresh, fearless and funky collection of original songs.

It started by hearing these great guitar players like BB King, Bobby Bland with Wayne Bennett, SRV, Albert Collins, and many others. And I was always a person to try to dig deeper so I would read who my idols listen to and I would buy those records, like so many others have done. Seeing BB King on TV and getting a chance to see Albert Collins live shaped my early sound and playing. Also my dynamics. Songbook constantly changed from day to day. One day Stevie Ray the next Sonny Boy Williamson. And that always kept it interesting.                                            (Kirk Fletcher / Photo by Rick Gould) 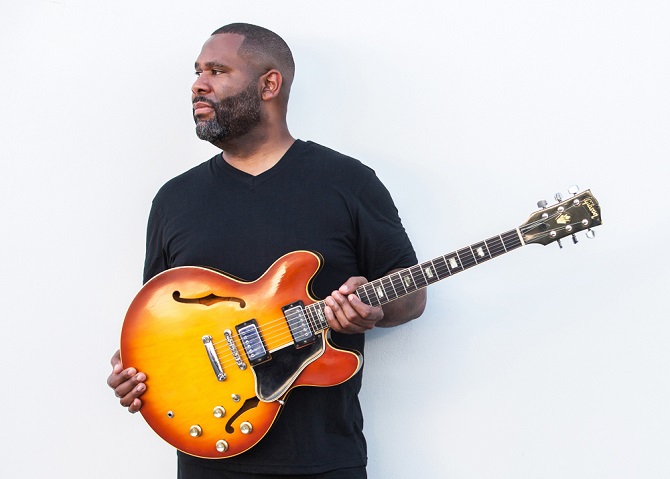 "My drives comes from what made me excited about music and blues music in the beginning of my Career. Trying to balance being an artist and having a social media presence. And booking dates I would say."

I don’t listen to Rock music hardly at all. On the other hand Blues music teaches you about many things. It’s a study of history. If it wasn’t for blues, I probably wouldn’t have experienced any journeys or at least not in the same way. If you travel it changes your whole perspective on the world and how other people live. Also, how other countries value there culture and heritage. I’ve learned a lot.

Where does your creative drive come from? What was the hardest part to be a blues musician nowadays?

My drives comes from what made me excited about music and blues music in the beginning of my Career. Trying to balance being an artist and having a social media presence. And booking dates I would say.

I want people to be able to relate and hopefully helps and inspires. I love telling a story and also talking about things that I feel are important to me.

I should have start singing sooner and writing songs.

I think it’s absolutely both. 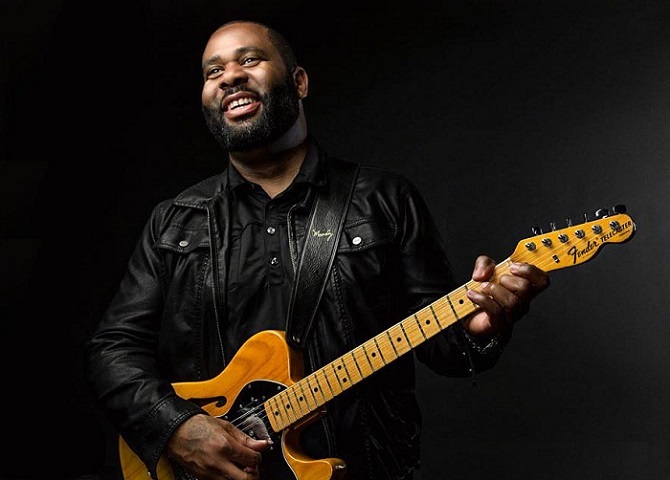 "The blues is life to me because the originators were singing of life experiences. And I somehow could relate to it on some kind of level at a young age. Maybe because of my religious background it seemed closely related. And it just seemed to be pure emotion, and I have searched my whole life for that. Be it happiness, sadness, anger, Love." (Kirk Fletcher / Photo by Jonathan Ellis)

Are there any memories from your European tours which you’d like to share with us? What has made you laugh?

Probably hearing a band play one of my songs like El Medio Stomp or Blues for boo boo. It’s like wow I’m so humbled by that. And something that made me laugh, probably when people dance and laugh at my jokes on stage! What are the lines that connect the legacy of Blues with Jazz and continue to Rock, Soul and Gospel music?

"Every single thing has been important to me, good or bad. Either what to aspire to or what to look out for."

What would you say characterizes LA blues scene in comparison to other US local blues scenes and circuits?

I’d say it’s a smoother in general, but I know some incredible and very versatile musicians from the west coast. A lot of great bluesman moved to the west coast like T-Bone Walker and I believe it influenced there sound. It was a lot of blues made on the west coast. 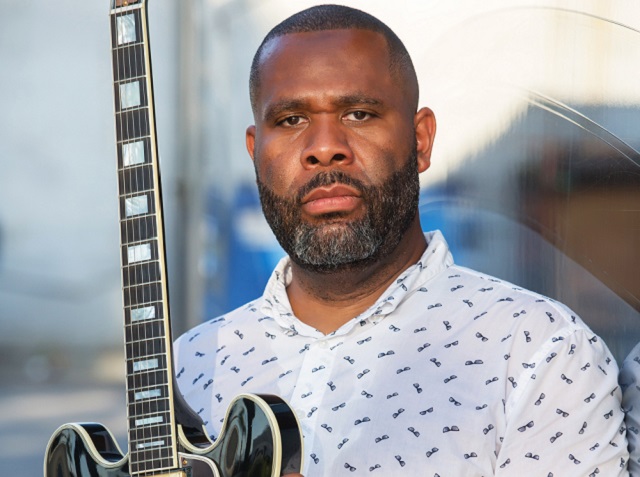