"Blues is one of the main roots of the Jazz and Jazz influenced Bossa Nova. I hear a lot of Blues in many of the Tom Jobim’s songs."

Flávio Guimarães is a harmonica player, singer and Brazilian Blues pioneer. During a career that has spanned two decades, he has released 18 CDs - eight solo albums and ten as part of Brazil's premier Blues-Rock band "Blues Etílicos".

He is THE harmonica reference in Brazil, not only due to his pioneering work with the blues diatonic harmonica, but also due to his consistently evolving playing and the passing on of harmonica information. He has teached a whole generation of harmonica players in Rio de Janeiro, where he lives, comencing the blues harp movement in Brazil. 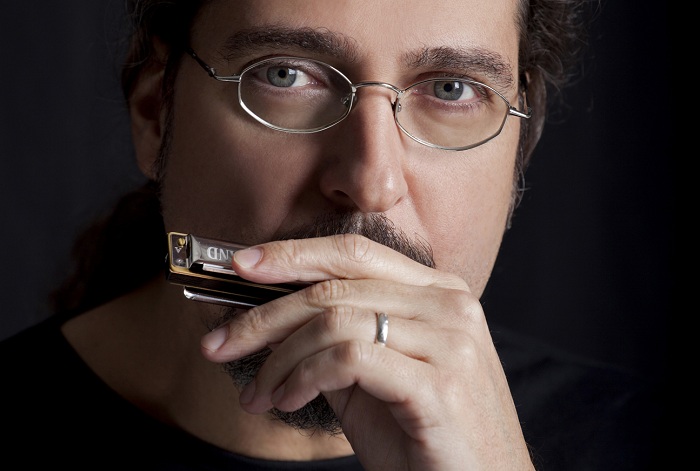 He has opened for B.B. King and Robert Cray. He has performed on stage with Buddy Guy, Taj Mahal, Charlie Musselwhite, Sugar Blue, Mark Ford, Mark Hummell, Walter Wolfman Washington and others.Howard Levy, Charlie Musselwhite and Sugar Blue are also special guests in some of Flávio's albums. He and his harmonica make regular appearances on recordings of top Brazilian musicians, as well as on television commercials and film and television soundtracks.

Flávio's most recent release is the CD Flávio Guimarães and Friends, with Charlie Musselwhite, Rick Estrin and the Nightcats, Steve Guyger, Gary Smith, Peter Madcat and Joe Filisko as special guests. This album is a selection of songs from various recording sessions made in Brazil from 2008 throughout 2011, with some of the most expressive and influential blues harmonica players in our present days.

What made you fall in love with the blues music? What experiences in your life make you a GOOD BLUESMAN?

Blues is sure a strong form of communication. It’s a form of music that you have to put your feeling in it.

All experiences in life, good and bad, have an influence in the musician that is playing the blues.

The blues is life, real life and real music that touch people. I learned that I can communicate myself through my music.

How do you describe Flavio Guimaraes sound and progress, what characterize your music philosophy? 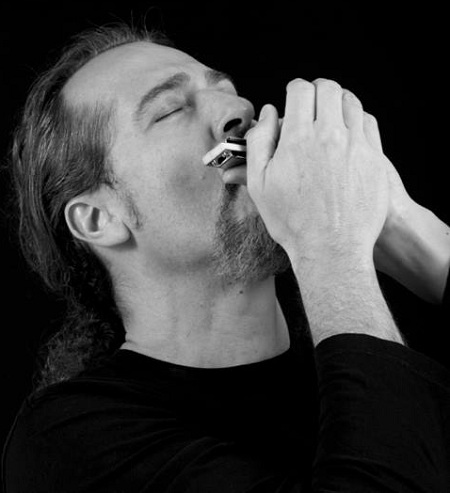 In terms of blues harmonica, many musicians tend to repeat phrases and licks by memory. Only a very few really improvises with a more free spirit. That’s what I aim. I think the sound is more important than licks. Fast licks with a thin tone do not communicate well.

I think everything is important, good and hard experiences are all part of life. Being healthy is the most important gift in life.  Having the chance to work and play with Charlie Musselwhite, Rick Estrin, Taj Mahal, Sugar Blue, Joe Filisko and many other masters gave me the most interesting moments in my musical life.

It’s music from the heart.

Plying with Buddy Guy was great. Opening for B.B. King was special too. Many special moments playing with great musicians are always moments of joy.

The good advice is “less is more”, how to play using pauses and silence.

Meeting the great masters I have mentioned was a true life experience. 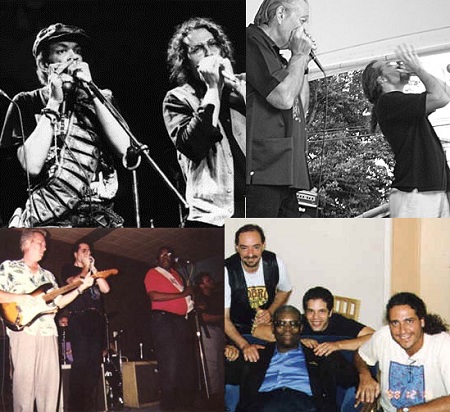 I smile inside, that’s for sure. I also had the chance to sit in with Sam Myers and Anson Funderburgh.

Charlie Musselwhite has being a good friend for many years. I miss Sugar Blue, I don’t see him for a few years now.

"The blues is life, real life and real music that touch people."

The harmonica is seminal instrument in the history of the blues and it sounds very similar to the human voice.

There aren’t any secrets today, everything is on the internet. That does not mean that anyone will be able to play it.

Blues keeps growing in Brazil, many good musicians coming up.

Blues will always be around, with its ups and downs. I believe the golden age of the blues was from the 30’s through the 60’s in the 20th century. We have excellent blues musicians today but I miss some swing and creativity. Blues rock has become more rock and less blues and that’s not not my cup of tea.

Why the Brazilians are so enamored with the blues? What are the lines that connect the Blues around the world?

It’s music that comes from the heart. 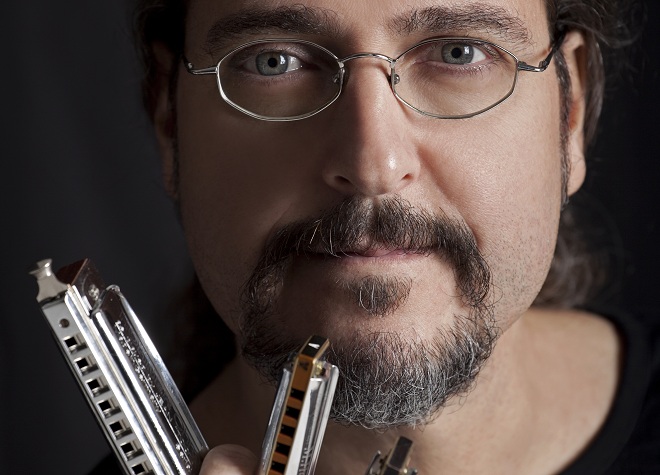 "Blues is sure a strong form of communication. It’s a form of music that you have to put your feeling in it. All experiences in life, good and bad, have an influence in the musician that is playing the blues."

From the musical and feeling point of view what are the similarities between Bossa Nova, Jazz and Blues?

Blues is one of the main roots of the Jazz and Jazz influenced Bossa Nova. I hear a lot of Blues in many of the Tom Jobim’s songs.

What mistakes in local scene would you wish to correct? What has made you laugh and what touched you?

Part of the blues market in Brazil has become a political thing, with some producers trying to build a monopoly of the market. Musicians are not joining forces together and there’s a lot of dumping.  Some musicians agree to play their music even without getting paid at all, just to try to conquer some producer’s friendship. That’s a mistake.

Having many of our fans coming to every show we do touches me. I always laugh about the surreal facts in the life of a musician.

I would like to visit Chicago in the 50’s with all those great bluesmen from Chess Records. 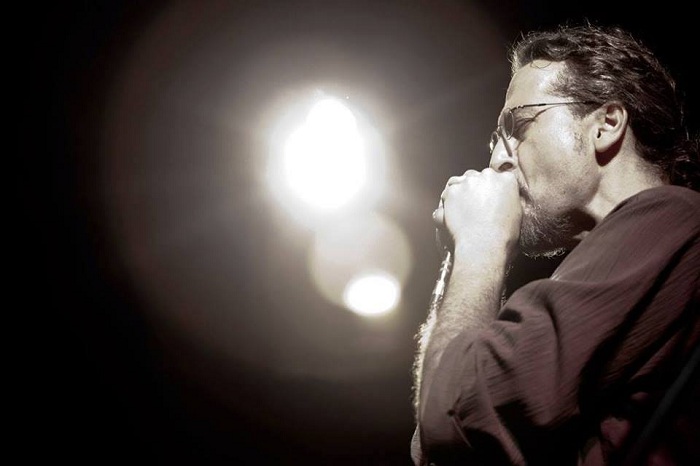