"I believe the blues message is: Simplicity."

Cristiano Crochemore, is a Brazilian guitarist from Porto Alegre, lives in Rio De Janeiro since 1986. In the '90s, he began playing with the legendary guitarist Bebeco Garcia, founder of the "Garotos da Rua", a pioneer of Brazilian rock and roll band. He worked with different artists, different styles but always carrying the blues with him. In his first solo CD, Cristiano shows a sound combination with his powerful licks that burst out from his 72 Stratocaster, with a highly expressive voice instantly generating a recognizable sound. The sound of Cris Crochemore actually is an amazing fusion of blues, rock and ballads ... always led by his voice and guitar. 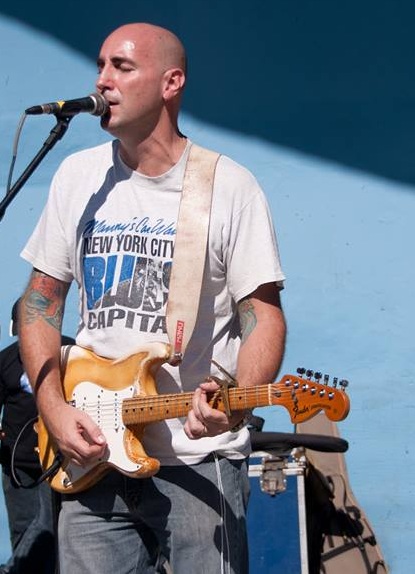 This creation is certainly something that appeals to fans of his unique voice full of expression. In 2011 Delira Music releases his first solo album "Play It Again", vintage recorded on 8 channels only, with a minimal overdubs, emphasizing the song feelings. This work was produced by Cris and Otavio Rocha (Blues Etilicos) and the result achieved exactly what they both pursued, a sound with atmosphere and extremely alive! In 2012 and 2013 Cristiano goes on the blues road in USA, going through Chicago to Mississippi. Cities like Memphis, St. Louis, Clarksdale, were part of the great music experience. He played at Chicago Blues Fest 2012 and 2013 and many places of great blues tradition such as Legend's and Rosa's in Chicago, BB's Jazz & Soups in St Louis, and Hambone Galery and Bluesberry Cafe in Clarksdale, Ms. In 2013, Cristiano releases his second album " Freeman Blues", all authoral, with Blues Groovers, with the super special participation of the U.S. guitarist, Brent Johnson, Brian's Lee side man. A disc that defines Cristiano's vision about Blues Rock, in a simple, direct, spontaneous and sweet way at the same time!

Since I was a kid, when I began to hear Blues, I realized a way to live my life. I was sure that I would do that thing for the rest of my life. When I listen or play guitar or sing, it takes me somewhere safe and challenger at the same time!!

How do you describe Cristiano Crochemore sound and what characterize your music philosophy?

My music is the result of everything that I’ve been listen and living around, since I started to play, and listen music. It isn't traditional blues, but at the same time, raised in the cradle of blues, where all my influences came from. I always listen all of kind of music, making a huge blend in my mind. And everytime when I’m writing, composing, it appears naturally. And it is my philosophy; make it simple, true for me, and when I listen for the first time, it has to touch me. If doesn't, I do many times until I get it! "Since I was a kid, when I began to hear Blues, I realized a way to live my life. I was sure that I would do that thing for the rest of my life."

What's been your experience from the trip in United States? Which memories make you smile?

There was fantastic, like a dream come true. I always liked American culture, music, food, the stories about blues and its places when people was born playing and listen blues. And then I went there, playing, living, breathing blues 24 hours a day was amazing. It had great good influence in my way to think, and play after these trips. Watching the originals blues players in their day by day, playing at small clubs, talking about music, their lifes, their struggle to keep blue, and himselves alive. Playing with them, in historical places... I try, but the feelings about it are so intense, that I can't express with few words.

Every second there in my two recent trips was amazing and unforgettable, but there were some things I will not forget.

Like play at the Chicago Blues Festival, with all those amazing crowd, play at Legends, with my friend Brent Johnson, and Bryan Lee's band, and when we drove to Mississippi, arriving in Clarksdale, at the Riverside Hotel, and playing at Bluesbarry Cafe only with locals!! It was undesirable!

In this last two or three years, I’ve been blessed playing in fantastic places, and festivals, full of amazing musicians and amazing audience. Gigs that was made a huge increase in my music. People knowing about me and my music, playing with great musicians and making very good friends. Mississippi Delta Blues Festival, in Caxias do Sul, Rio das Ostras Jazz and blues, in Rio de Janeiro state, International blues circuit in Londrina, Parana state, are one of these.

Our recording process is little bit like jamming, we use to play a lot, all the music, and go to the studio, turn the machine on, and record a live! It's very fun, and there isn’t that recording tension. 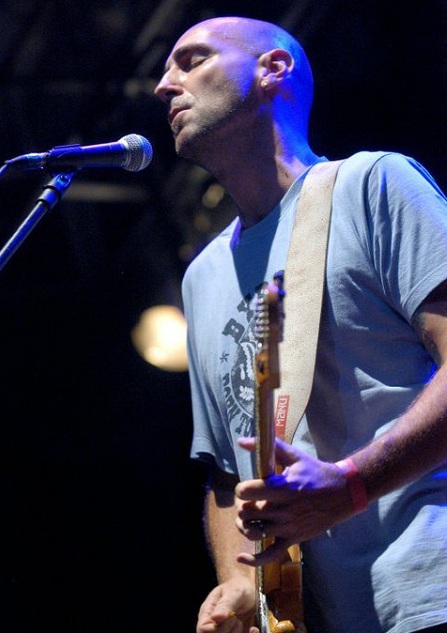 I think the innocence, the way that people use to listen, with more passion, fun, joy, without labels, and market expectations. Here in Brazil, is too much difficult to play blues, for the big audience, is not a commercial music, and people use to listen what media says that is (good)???)

"Like every place in the world, there people that don't feel comfortable when someone from outside came to "your" country, doing something that you do. But in most of cases, people feel proud, and happy to see musicians from other countries doing it good."

Maybe to create an easy way to exchange music around the world, and not by internet, I mean, we could travel around the countries, playing, sharing music, experiences with other musicians. I don't know, but maybe a official help from the culture depth to make fly tickets and hotels cheaper for musicians, and club owners, to increase this chain.

I think it's now. There are very very good blues musicians, and there a very good people behind the festivals and some clubs. People that believe in their music, and not afraid to bet!

What are the lines that connect the legacy of Blues from States to Brazil? …And from Blues to Bossa?

The really old and true roots! In two cases, the cradle of these styles gives to the old and new generation a truth about this music.

Who loves blues, always will. I believe that we have good musicians that are keeping the blues, and the hope living, between us as musicians and the audience. I always listen all of kind of music, making a huge blend in my mind. And everytime when I’m writing, composing, it appears naturally. And it is my philosophy; make it simple, true for me, and when I listen for the first time, it has to touch me. If doesn't, I do many times until I get it!"

These big festivals. Watching a huge and amazing crowd in the same vibe! And the time spends with my blues brothers around the country. Meeting old friends, knowing new good brothers in the same path!

Chicago or some place in Mississippi, any time!!! Just to live the blues from the moment that you wake until go to bed!! Even when you don't go to bed!

How is a Latin Americano to play the blues outside the US? What's the message of Blues in the world civilization?

Like every place in the world, there people that don't feel comfortable when someone from outside came to "your" country, doing something that you do.

But in most of cases, people feel proud, and happy to see musicians from other countries doing it good.

I believe the blues message is: Simplicity.