"The blues must be fun. It’s not a technical music. It doesn’t matter if the musicians make mistakes as long as the spirit’s there."

British blues band of The Untouchables are champions of raw blues, basing their sound on the swinging soul of the great artists who recorded for Chess Records in the 50s. With a string bass, a vintage drum kit, a cranked guitar through a hot valve amp and a wailing harp, this band turns any venue into a rocking juke joint. The Untouchables are: Keith Parker on vocals and harp; Pete Ellison on guitar and vocals; Paul Green on doghouse bass; and Malcolm Buckland on drums and hat. Keith Parker discovered the blues as a young boy in the mid 60s and fell in love with the mouth organ (as it was called back then). He taught himself to play by copying the British players that were around at the time. By the end of the sixties that Hohner Supervamper was put away and did not surface for 25 years  - discovered again during a mid life crisis. The Blues harp now dominates his life. Keith and his SEYDEL 1847s have performed on many European and American stages but he is most at home on stage in front of an audience helping to create that Untouchables GROOVE.

Peter Ellison started playing guitar at twelve when a teacher at his school offered to teach him the chords to Bob Dylan songs but as soon as he heard Clapton's solo on All your love on The World of Blues Power he knew what he wanted to play. He quickly discovered the originals - especially John Lee Hooker and T-Bone Walker. After flirting with prog rock, reggae, avant-garde jazz, be-bop and funk - and giving up playing altogether for a few years - he returned to his first love - the blues. Pete is obsessed with collecting old US catalogue guitars (Harmony, Supro, Kay etc) and worships the Dearmond pickup.

The band cloned Paul 'Chuck' Green from a hair believed to come from the great bass player Danny Thompson...it all went terribly wrong. Malcolm 'Eddie the Legend' Buckland was a late starter on drums at twenty and has been playing catch up ever since! Fell in love with jazz, blues & soul at an early stage and has subsequently managed to spend most of his playing time involved with this music Amongst numerous drumming heroes he would single out: Mitch Mitchell, Aynsley Dunbar, Earl Palmer, Joseph Modeliste, Brian Blade and Stanton Moore.

Peter: For me, the blues is all about honest emotion. People often think of it as sad music but it’s not all – it’s party music really.

Keith: The blues the way we play it triggers emotions in us the players and also the audience which creates a connection between us and everybody has a good time.

How do you describe The Untouchables sound and songbook? What characterize your music philosophy? Peter: More than anything we love to make people dance. Our blues is intended to get the audience on its feet having a good time. We’re not about long guitar solos, we’re all about swing. That’s why the Chess and Excello labels are so important to us. Those records swung.

Keith: Our sound is all about the groove, and our aim is to get the audience dancing.

Peter: It’s such an honest, authentic music. You can’t fake it.

Are there any memories from jams, gigs, open acts and studio which you’d like to share with us?

Peter: I think my favorite memory is playing to a packed club in Soho, London and seeing couples start to dance the lindy hop – really throwing each other around. When that happens you feel like playing all night.

Keith: Every show we play has its own memories, my best memory is playing on stage in a Chicago club with Vance Kelly, and the MC saying to the audience that it takes a white boy from London to show us how to play Chicago Blues.

Keith: I have met with some of the world’s best harp players, and the best advice given to me is Play what you feel and feel what you play.

Peter: The blues must be fun. It’s not a technical music. It doesn’t matter if the musicians make mistakes as long as the spirit’s there.

Keith: The blues has evolved but not always for the best, we need younger musicians to carry it on. 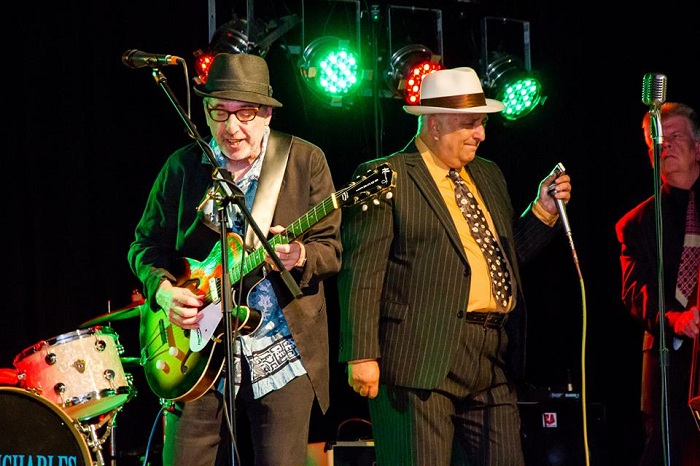 "The blues the way we play it triggers emotions in us the players and also the audience which creates a connection between us and everybody has a good time." (Photo by Tony H Stickland)

Peter: I’d love it if people went out to experience live music more regularly. Although some London clubs are doing very well, it’s really hard for others to build audiences if they’re not in the popular tourist areas.

Keith: Go back to vinyl and ditch digital.

Make an account of the case of the blues in UK. What are the ties that connect the Blues from US to UK?

Peter: A lot of our favorite UK blues musicians these days are influenced by the 50s and modern US artists with a more retro style. I love artists like Junior Watson, Little Victor and Jimmie Vaughan. Those guys really know how to entertain an audience and there are some great players in the UK doing similar things, - Big Joe Louis and Sister Cookie, for example – both very different but they’ve got that swing too.

What were the reasons that made the UK to be the center of the Blues Rock searches at the 60s?

What are the ties that connect the Brit Blues Boom of 60s with nowadays scene? 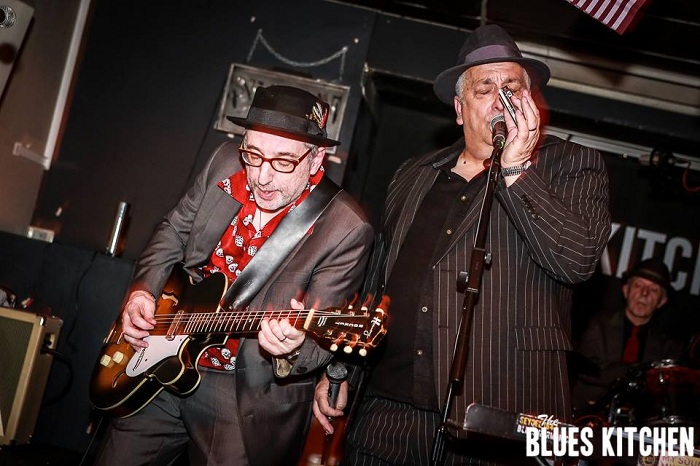 "For me, the blues is all about honest emotion. People often think of it as sad music but it’s not all – it’s party music really."

Peter: We love playing clubs like The Blues Kitchen in London (where we play every month) - the audience is young and out for a good time.  We play songs by Muddy Waters, Little Walter and Sonny Boy Williamson and at the end, a kid came up to me and said “Did you write those songs?” I was tempted to say yes but I didn’t. Some of those youngsters are hearing the blues classics for the first time, so we’ve got to play them right.

One reviewer said, “If you like Little Walter, Bo Diddley or Willie Dixon, then this is as close as you’ll get to seeing them live.” That made us really proud!

Keith: The blues guys in the 20’s wanted to sound like a saxophone and developed the tone and sound that everybody uses today, and then in the 50’s when they went electric more techniques were developed which again are still used today.

Peter: It would have to the session at Chess studios when Little Walter recorded Juke. That would be amazing! Or maybe spend the day with Lightnin’ Hopkins at an Aladdin recording session.

Keith: I have been in the Chess Records studios 2120 South Michigan avenue in the 90’s but I would liked to have been there in the 50’s when Walter was recording My Babe, and then finishing off the day at Pepper’s Lounge watching Mud and Walter and Willie playing live. 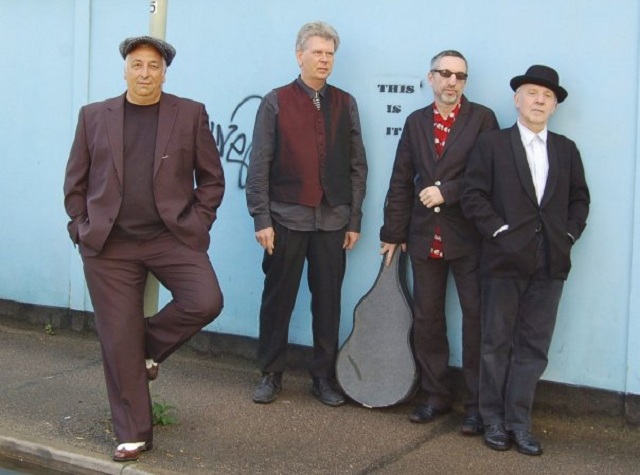