"I would encourage the younger generation of today to stop listening to crap like Kanye West and Justine Bieber and open their hearts and souls to real musicianship and encourage them to download Jimi Hendrix ‘Are you experienced’."

Ritchie Dave Porter was born on January 18th 1970 in Birmingham UK, the son of a naval officer and professional ballerina and tap dancer. Ritchie started playing guitar at 11 years old and was immediately impressed with the guitar work and songs of Jimi Hendrix, Jimmy Page, Eric Clapton and Johnny Winter. Ritchie spent every moment jamming along to his favourite guitar heroes learning solos note for note in his formative years. In 1994 Ritchie formed the power trio "Voodoo Witch Blues Band" which cut one live album with no studio overdubs called "Blues on Fire" and successfully toured Germany and Denmark eight times in the 1990s. Ritchie became disenchanted with a three piece as he wanted to perform and record more rootsy acoustic solo blues gigs and after nearly eight years touring as a power trio dissolved the band. Also became temporarily dissatisfied with the music industry as three of his best friends died from drug and alcohol abuse as a direct result of the rock n roll lifestyle. 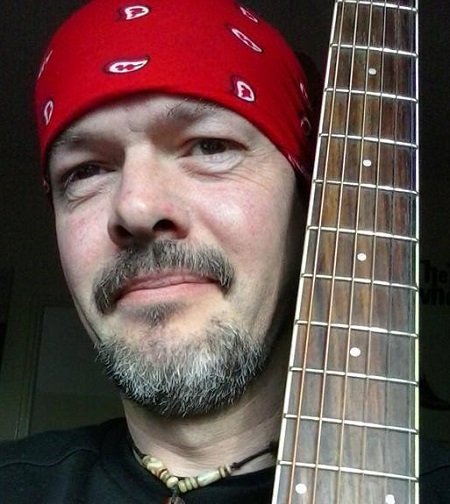 Ritchie formed a friendship with producer and drummer Michael Tingle who was eager to record the new, more eclectic material that Ritchie had written and was performing live as a solo acoustic blues artist in the Birmingham and West Midlands areas. He had written a vast collection of blues/blues rock/instrumental material and the influences were original blues artistes and ZZ Top, Johnny Winter, Led Zeppelin, Hendrix, Clapton, Stones and 70s Aerosmith. Work proceeded well on the album when Ritchie felt ill and was soon diagnosed with cancer and during three months of intravenous chemotherapy, the seriously ill Ritchie underwent surgery for two malignant seminoma tumours. Ritchie had his acoustic guitar with him in hospital and Michael Tingle recorded Ritchie during his hospital inpatient stay on Ward 623. High on Morphine for pain relief and the chemotherapy drugs cisplatin and etopiside Ritchie recorded "Morphine Blues" which became a favourite on US blues radio stations some months later when Ritchie was in remission. Upon discharge from hospital Ritchie completed the "Rocking the Blues" (2014) with producer Michael Tingle. The future looks very bright for a man whose blues is based on real life suffering and for a man who has returned fighting from cancer with guitar slung across his back and fingers ready to blaze the world is quite literally ready for the bluesman the Americans call "RDP". Ritchie's new album (released on April 2015) is a acoustic EP, with 7 tunes .

What do you learn about yourself from the blues and what does blues mean to you?

Blues to me is my everyday life events involving my experiences, of troubles and suffering expressed in music through my guitar and my voice and the words I use in my lyrics. I like to tell a story in my songs that is based on facts and not fiction. What I learn about myself through the blues is to express myself eloquently through my song writing.

How do you describe the Ritchie Dave Porter sound and songbook? What characterizes your music philosophy? 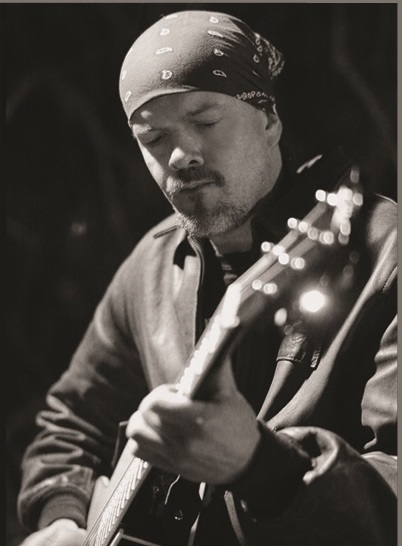 The RDP sound is mostly rootsy solo acoustic blues that could be performed either on a stage, in a smoky bar, or on a wooden porch with fireflies dancing in the twilight hours. I feel acoustic blues songs such as ‘Lord Have Mercy’ and ‘When The Sun Don’t Shine’ are good examples of my sound and style. I like to rock out on my SG from time to time, and create instrumentals and blues rock songs depending on my mood and what I feel the song needs. My music philosophy is to write songs that are real about my own struggles and life adventures. I have to feel what I sing about.

What were the reasons that you started the Roots Blues folk series and experiments?

Quite simply because I play blues because I feel it, blues is real, and it’s heartfelt. I simply couldn’t play anything that I don’t feel in my heart. Blues guitar always felt natural to me, I’ve been playing blues guitar for 35 years and the older I got the more blues there was to play and sing about. I feel I belong in the blues, as the blues is home to me.

I met Robert Plant a couple of times and I didn’t say too much I was just really happy to play my blues in front of the Led Zeppelin front man at the Elbow Room in Birmingham UK in the 1990’s. I don’t actually follow anyone’s advice, I sing and play what I feel is right and I always follow my own gut instincts, people have tried to advise me on what to sing about and I will listen to what they say but I always ignore it because only I myself can express my own musical vision the way I want it to be.

Are there any memories from gigs, jams, open acts, and studio sessions which you would like to share with us?

Yes, I remember my jam sessions with my now deceased friend Bryan James and we had a very close friendship. Bryan was a tremendous guitarist and a very good friend and we use to watch each other play regularly and we would also go to gigs together checking out all the blues and rock bands. 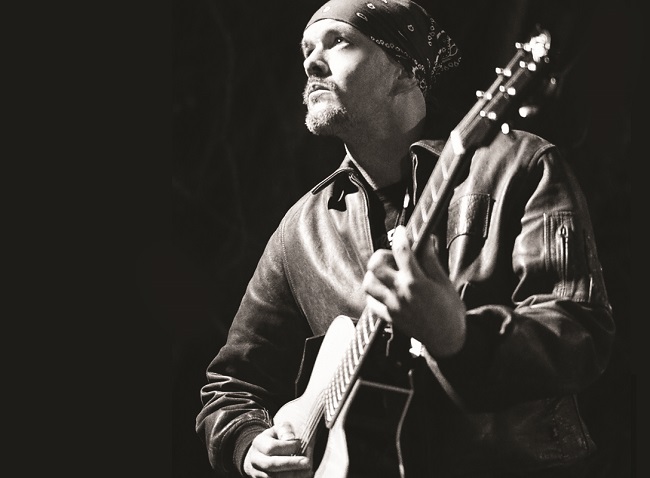 "Blues to me is my everyday life events involving my experiences, of troubles and suffering expressed in music through my guitar and my voice and the words I use in my lyrics."

What do you miss the most nowadays from the blues of the past? What are your hopes and fears for the future?

I miss the raw natural talent of Johnny Winter and the brilliance and soul of Stevie Ray Vaughn. I feel that a lot of modern blues rock sounds over produced, lacks raw energy and a lot of the guitars sound the same. I think too many modern blues rock players sound like a tribute band version of Gary Moore. My hopes and fears for the future are that I would like to hear more interesting original blues songs and more people that are guitarists play the acoustic blues because blues started out on acoustic guitar anyway and I like a clear natural sound without relying on effects pedals. My only fear at the moment is keeping up with my fans expectations for new material as I will not be rushed in my song writing at the cost of quality.

If you could change one thing in the musical world and it were to become a reality what would it be?

I would encourage the younger generation of today to stop listening to crap like Kanye West and Justine Bieber and open their hearts and souls to real musicianship and encourage them to download Jimi Hendrix ‘Are you experienced’.

What are the lines that connect the legacy of the 1960’s British blues boom with your generation?

The British blues legacy of the late 1960’s particularly the blues of Eric Clapton, Jimmy Page, and Jeff Beck in the Yardbirds and specifically Jimmy Page on the first two Led Zeppelin albums excited me and inspired me and made me want to play guitar. Hendrix was incredible and his talent and guitar work was and is a massive influence on me.

Why did you think that the British blues continues to generate such a devoted following? 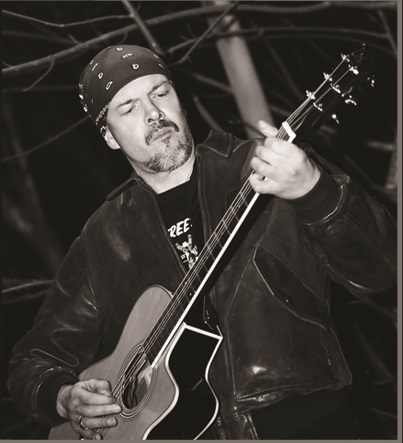 There are so many great blues rock guitarists in the UK that were influenced by Hendrix, Page, Clapton and Jeff Beck and we all love those guys they were outstanding and amazing guitarists. Simply put British blues continues to generate such a devoted following because we have so much great blues music in the UK.

"My music philosophy is to write songs that are real about my own struggles and life adventures."

What has made you laugh lately and what touched you from the music circuits?

Alan Partridge makes me laugh a lot and the wake for Bryan James’s passing which I was involved in were very touching for myself and so many other musicians that were invited to take part.

Let’s take a trip in the time machine where would you go if you could go anywhere?

I would defiantly go back in time to when Robert Johnson met the devil at the crossroads and I would like to see him shake the hand of the devil and become the devils guitarist.