"The blues to me is simply a very pure expression of the human condition. It can be found in all folk music from around the world. I guess I’ve learned it's a great leveler since everybody can relate on some level."

Ian Siegal: The Man & His Guitar

Ian Siegal (born Ian Berry) has entered the building. If you know the name, but not the game, it’s high time you made his acquaintance. He’s the multiple British Blues Awards winner and hot tip of everyone from Mojo to Classic Rock. He’s the songwriter whose recent CD releases sound like career peaks, but are only the start. From one night to the next, he might be a solo acoustic performer or a blood-and-thunder bandleader. Siegal is known as a bluesman, but it’s just one shade in the palette of an artist who slips between continents, eras and expectations. They say you can’t sing the blues until you’ve lived the life, and when Ian Siegal steps up to the mic, you can hear the slings and arrows. 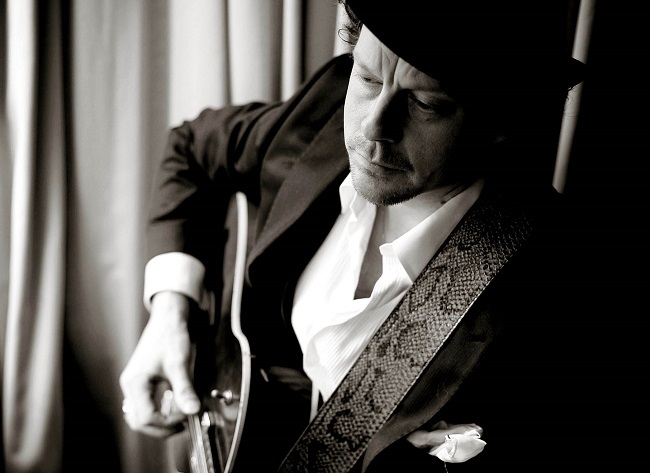 Recent years have seen the songwriter catch fire, with British Blues Awards raining down and consecutive nominations in 2012 & 2013 for Contemporary Album of The Year in the Blues Music Awards - in effect, the Grammys of the Blues. The album “Man & Guitar” (2014) release by Nugene Records and recorded by the BBC at the Royal Albert Hall, 2013 London Bluesfest and finds Siegal at his bare-bones best, tearing up an unplugged solo set. This is the performer at his most punchy, pugnacious and smash-and-grab exciting. There were no bells, whistles or safety nets – just a world-class performer bleeding into some his favourite songs.

The blues to me is simply a very pure expression of the human condition. It can be found in all folk music from around the world. I guess I’ve learned it's a great leveler since everybody can relate on some level.

How do you describe Ian Siegal sound and songbook? What characterize your music philosophy?

Tricky to answer! Eclectic would be the best word - I take my inspiration from all forms of American folk music-mostly Blues and RnB but also Country, Rock and Roll, Jazz, Funk, Soul, Bluegrass etc etc. I believe in keeping one foot in the past and respecting the tradition, but also in trying to move the music forward and, ultimately, respecting and serving the SONG!

What has made you laugh and what touched (emotionally) you from the Royal Albert Hall's show 2013? 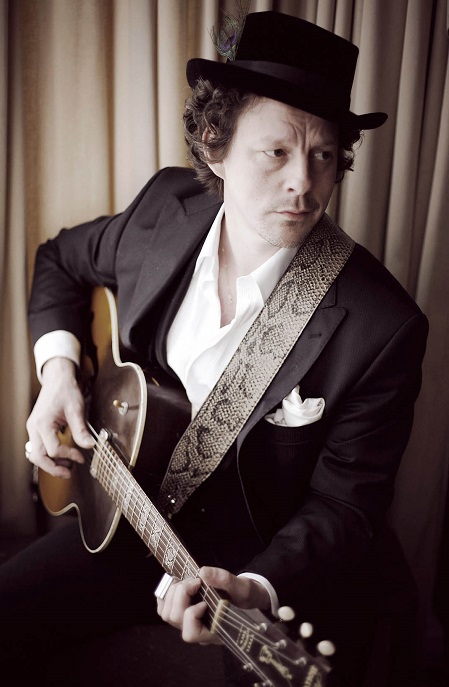 Not sure anything made me laugh but I had a great, partisan crowd who were extremely attentive and respectful, but also had a good time. It was a wonder experience which I hope comes over on the record.

"I love how diverse the US is, particularly terms of landscape. I love the South and I can't tell you exactly why - I just feel very much at home there."

Why did you think that the Blues continues to generate such a devoted following all around the world?

Maybe my first answer covers that. It's also at the roots of most modem popular music and young people continue to discover it and enjoy it-that’s why it's so important it's presented in the right away and not lazily like I hear far too often.

Wow so many! Whenever I meet legend it's humbling but also exciting and makes me realize I’ll never stop being a fan or getting starstruck- I think. That’s important. As for advice I can't give you one example but consistently I have been old by those I respect and admire to always be yourself, serve the song, respect the past, keep movie forward, and write your own songs....these things have been repeated by many people.

Are there any memories from Berlin Germany, as street buskin musician which you'd like to share with us?

Not really! Haha. It was an amazing education and I pretty much taught myself to play in that 6 month period. I was living hand-to-mouth and I recall playing outdoors in February and it was below zero. I looked down and there was blood all over my guitar and I hadn't noticed my fingers were cut up. I remember playing once for 9 hours straight and then going to a blues jam, then to a house party and finally playing to the nighthawks in my local at around 6am-Beatles and Stones covers mostly. Would I do it all again? Nope!

What are your experiences from US tour? What are the differences between European and US blues scene? 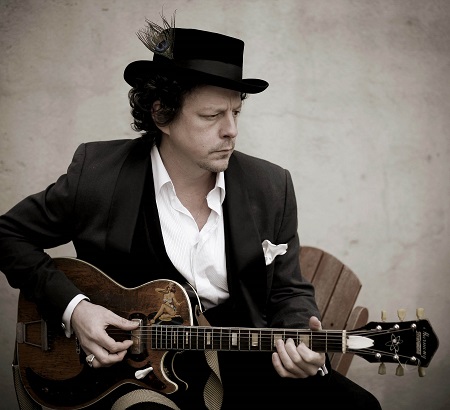 I love how diverse the US is, particularly terms of landscape. I love the South and I can't tell you exactly why - I just feel very much at home there. Of course being close to the history is a big deal. I've had nothing but good experiences of people-extremely generous and kind-hearted. That may well be due to moving in mostly musical circles but that's my experience.

People also have a far more acute sense of their own history than Europeans (certainly Brits) do. However, I think Blues is more taken for granted in the US. It's treated, for the most part, with some reverence in Europe. In North America its kinda part of the furniture. I've seen some big name guys playing in are while people.