"I think the future is bright for musicians as long as whatever advances in technology serve the human need to stay human and create human emotional music."

Julian Paul Bennett is a Canadian Blues/Rock musician hails from Brantford, Ontario. A self taught studio technician and songwriter since his early 20's, Julian has co-produced three independent albums; two for the metal band Wicked Kick and the third for rock band "the Spoken." Always evolving his musical career, Julian started to tangle with blues style music as a teenager however; did not fully commit to the genre until his first blues band in 1996. 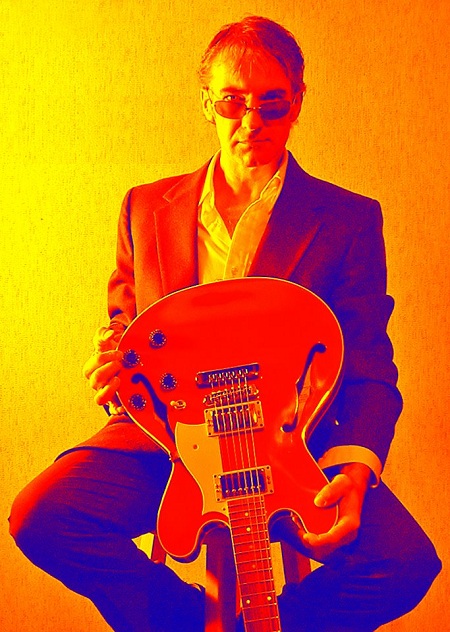 His first attempts at writing blues style music began with project “Cyan” and later in 2008 Julian Paul initiated the band; Juke Joint Ramblers, (J.J.R.). Julian Paul is accompanied by bassist Skot Silverthorn and Drummer Robby Richardson. A productive year for the band creating four videos an E.P. and finally the completion of the album "Black Heart Hotel". The work never stops and the band was in the studio writing new tracks for a second yet to be named album (February 2014). Using the power of their music, Julian Paul Band has played various charity events such as a benefit for Grace Anglican Church in Brantford Ontario to raise money for a coffee house as well as "Rock for Dimes" at Sherkston Shores resort September of 2013. The band, as always, are enjoying times in the studio working on new recordings, video and have plans to play as many live performances as possible to support the album "Black Heart Hotel" as well as "Album Two".

How do you describe Julian Paul sound and progress, what characterize your music philosophy?

Modern Blues/Rock extrapolated from elements of all forms of music and life, creating the blues infused music of Julian Paul Band.

The Blues connects me to the guitar with feelings of deep emotional passion unlocking those emotions from within myself that I often hide. I find emotion in all music but "Blues music", has a special relationship with me on an emotional level. Emotional pain, for example, is expressed easily with blues. I have learned that I can vent or express rather, many emotions from the blues music perspective. Admittedly I am not a "Bluesman" from the "purist" stand point. Few of us are. I am however; certainly influenced. I did not experience the hardships and strife of the true creators of the blues. We can all feel the blues if we really listen. As a song writer influenced by the greats of the blues music style, I can express the pain, losses, heartbreaks or even the joys of life. Without going into details, death of loved ones and personal challenges I have experienced are expressed in our own style of blues music. I did hear once, "Blues music is a good person feeling bad."

Blues has become such a world wide genre, or style if you prefer, because so many of us can feel it on the core level. We want to sing it, we want to play it, we want to share it, and we want to hear it. All of us have some sort of challenge or loss at some point of life and when we hear the blues we can relate to it. This being said not all blues is about loss and more modern times have brought forth blues created music also expressing joy. To dance and sing and express joy is a preference for most of us. Who doesn't like a party!?? Blues music can party too! So it moves from heart to heart, generation to generation.

Robby Richardson, our drummer, Skot Silverthorn, our bassist, and myself try to make time every week to jam new ideas. After the loss of my mom, we jammed out a basic structure and the song "Until" was captured on a recording. I felt as though I shared the loss with my friends and it helped me to accept what I cannot change. I have to disconnect, a little when we perform the song live but I know my mom would be proud. 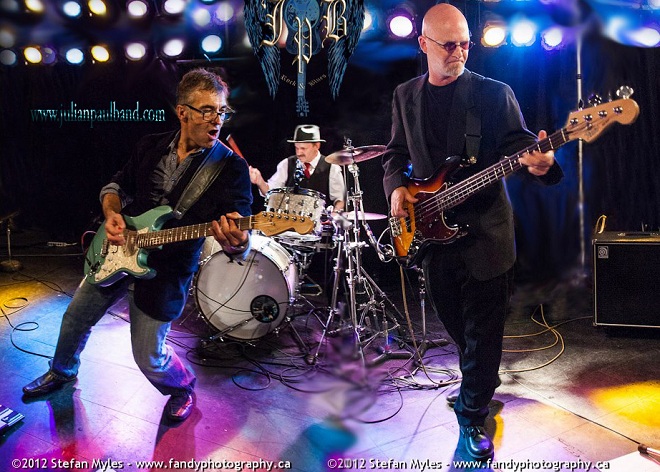 "Being accepted on the blues circuit and the camaraderie between blues musicians and fans for the love of the music moves us emotionally. Mutual respect and appreciation."

We are lucky to have a good share of those memories. Playing to large crowds of people is super exciting, for sure. Just recently we played an auditorium during an ice storm and only seven people attended the event. Two of the fans had driven over an hour through bad conditions to see us perform. The "smile", is when those two guys thanked us for continuing to play the show and give it all we had for so few people. I will never forget that.

Meeting my wife firstly, is the most important experience for me because she has been the biggest supporter helping me to establish a great environment for music creation and production. Meeting my band mates Robby and Skot, also very important because without the team I am just a guy with a guitar.

The best advice I ever had was from my mother, "Live the life you want to live."

I miss the pure emotion of music from the past however: I do believe music for the future will bring new refreshing sounds and approaches with an infinite number of amazing influences and arrangements. I think the future is bright for musicians as long as whatever advances in technology serve the human need to stay human and create human emotional music.

What are the lines that connect the legacy of Blues with Metal and continue to Rock and beyond? 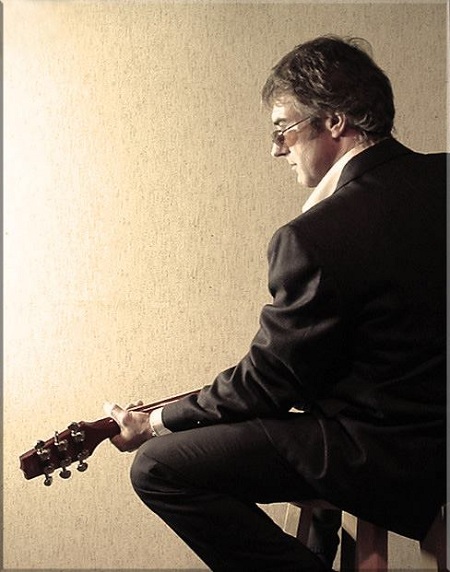 Without a doubt the connection is human emotion. Inside of this ol' boy is a kid who likes to draw and colour outside of the boxes. Blues has influenced many music styles and I love to splash bits of various music styles into songs we write. Innovation is fresh to the ears.

"The Blues connects me to the guitar with feelings of deep emotional passion unlocking those emotions from within myself that I often hide."

Make an account of the case of the blues in Canada. Do you believe in the existence of real blues nowadays?

Initially I thought blues music, in the area I live, was just a bounce back or a "trend", around here. As I became more involved I was impressed to learn that blues is not only appreciated locally but nationwide and internationally. Hence: Global Blues Societies, that has to tell us something.

True Blues? Perhaps purists would say no. Our music is certainly blues influenced and listeners often label our music as blues. It puts us between "rock and a blues place" ... Modern electric blues, is it real blues? All I can really say is that style and emotion in music comes from the heart. If it feels like blues to you, then it must be the blues for you!"

I laughed along with the audience when I introduced a song as a blues song, then added, "but not from the traditional sense". It was rewarding when they applauded the tune.

Being accepted on the blues circuit and the camaraderie between blues musicians and fans for the love of the music moves us emotionally. Mutual respect and appreciation.

This is going to sound selfish and has nothing to do with music. The winter here in Ontario, Canada has seemed everlasting this year. If I could spend a whole 24 hour day at the Secrets resort in Huatulco, Mexico with my wife for the day, not a minute would be wasted. 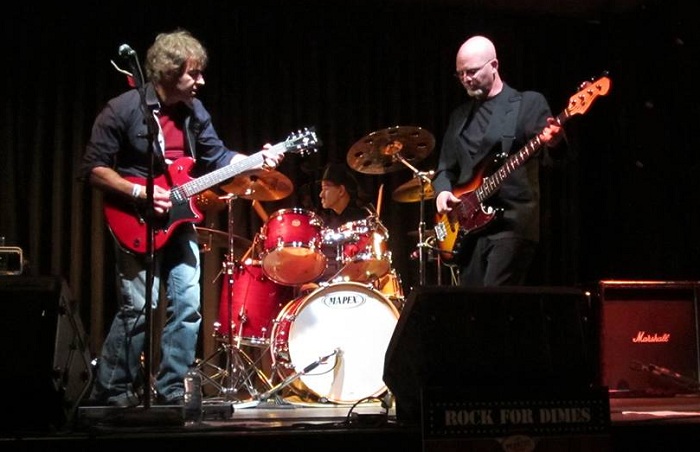