Interview with Canadian Lee Palmer, his songs express the attitude and understanding of life and music

"I feel blues more than other forms and really enjoy soloing over the various major and minor patterns. Its part of me now and something I need to do to keep my own blues in check."

Lee Palmer hits the Toronto (Canada) music scene with a new album and vision. His debut release One Take: Live at Canterbury is a collection of songs that expresses a culmination of Lee’s attitude and understanding of life, music and how they are intertwined. The album features some of Toronto’s best roots players, all of whom have extensive backgrounds in folk, country and blues. 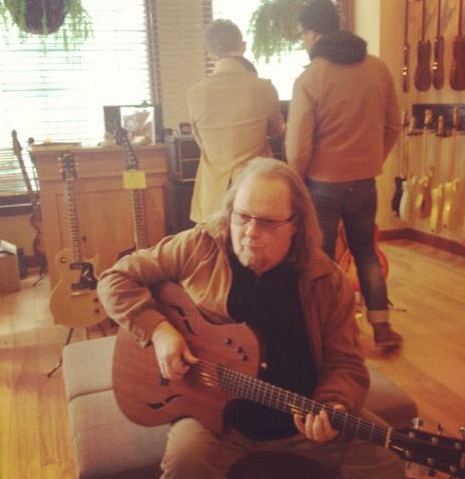 Looking ahead, Lee’s plan is to accelerate his performance schedule and find venues where his laid back musicality will strike a chord with fans and music lovers of all ages. For Lee Palmer, 2013 marks a re-birth and a renewed commitment to writing and performing music.

Lee performs in an electric trio with guitar, bass and drums. His ensemble performs styles ranging from swing to jazz to blues, with both original material and well crafted interpretations of some classic standards. His musical friends are available to expand his trio format at a moment’s notice.

According to Lee, it’s never too late to pursue a dream; he’s never enjoyed music more.

How do you describe Lee Palmer sound and progress, what characterize your music philosophy?

I am a songwriter first and foremost. The ideas come to me fully orchestrated. The challenge is to reproduce the ideas in a fashion that are as good as how they come to me. This album is the closest I’ve come to that. My sound is a blend of my musical history from singer songwriter on a flattop to gigging sideman in country/swing bands, to jazz student to blues. There is no finish line. You can always learn and grow as a musician and as a person and one plays off the other in your writing and performing.

The blues is a form of expression as is country, folk and pop. The story lines are different; the forms are similar with the key difference being he repetition of lines in traditional blues tunes. I haven’t been with enough women or drank enough whiskey to be a real blues man…and I haven’t shot anybody as yet. The classics are still played because they had a great message that is true timeless. I feel blues more than other forms and really enjoy soloing over the various major and minor patterns. Its part of me now and something I need to do to keep my own blues in check.

I have always been a good listener and observer. I’ve heard many great songwriters talk about their gift and I share elements of their experience. I think I’m a late bloomer of sorts. Most great songs were written by kids and 2 appear on my album from my early writing. Today I’m writing about what I know now and I still have some stories in me. I get ideas for songs like I used to as a kid but now my craft is better and maybe my message is too.

I’d like to think my most interesting days are ahead of me but I certainly took a lot of chances and did a lot of travelling as a young man trying to carve out a career in music. The recent album, playing live off the floor with such great talent is certainly a high point to date. The low point came at 32 where I played a club that had switched to a rock format and the owner asked me “Can you play louder or faster or something”. That’s when I packed it in as a full time musician…until recently.

Are there any memories from the road with your band which you’d like to share with us?

I did my first professional playing on the west coast of Canada in my mid- to late twenties. I did a few tours of the interior of British Columbia. My first tour was as a solo act. The first place I played was a two week stint in Williams Lake BC. I played 6 nights a week to a packed dance floor of old cowboys with their native Indian girlfriends. If someone ran into each other on the dance floor there was a full out fist fight. A similar atmosphere to the famous scene from the blues brothers movie with the chicken wire. I rigged up a stomp box out of a dresser drawer a pillow and a microphone, and learned their favorite songs off the juke box every morning. By the end of the two weeks I had enough material to get me through the rest of the tour and I was on my way. Which memory from “Live at Canterbury” makes you smile?

Al Cross is a very expressive drummer. I love watching him play and I was directly across from him for the sessions. The session wouldn’t have been the same without him…what a talent and a great guy…always has a smile and it’s infectious

They are one and the same. After returning from the West Coast during the recession of 1981 I did some pick up gigs for ½ year in Halifax, Nova Scotia. I was fortunate enough to pick up Dutchie Mason’s (Attic Records) rhythm section for a country gig. We also had a lap steel player (David Lindley style) from Cape Breton. We broke into a ½ time blues version of a country classic by Merle Haggard (Working Man Blues). It was one of the most musical experiences I had ever had before or since. The owner looked at us with a puzzled expression and fired us on the spot. It was union gig and the drummer along with being about 6.5 ‘tall knew the ropes and we got $1400 (a 3 night gig) for 1 song. Great music, remuneration and acceptance are rarely mapped out in a harmonic path.

Without a doubt meeting and playing these last few years with guitarist Elmer Ferrer has been a game changer for me. Back in the day I mostly played with “B” and “C” level players, didn’t have a support mechanism for what I was doing and lacked the necessary confidence to take my music where it needed to go. As far as the best advice- it came from meJ Track# 10-“I do the best with what I got, That’s All”

Devoted yes but not the numbers to support live music or the pay for musicians there used to be. Even Toronto, Canada’s largest city only has ½ dozen clubs with live blues…a few nights a week. The good news is there are lots of festivals and the odd corporate gig that helps. But even great talents are struggling and supported by spouses, teaching gigs or if they are the very best, the odd recording session.

Make an account of the case of the blues in Toronto. Which is the most interesting period in local blues scene?

The 70’s were good for all types of music. The eighties brought drum machines, karaoke, wide screen TV, music videos and Ride programs for drunk drivers. It’s been a downhill run since then but you know what? If you love to play that’s what you have to do and like you say there are devoted fans that support it…its all good.

From the musical point of view what are the differences between: a Canadian and US Blues musician?

I sit in with some guys in Fort Meyers, Florida on a regular basis at a place called the World Famous Buckingham Blues Bar. They run a jam a couple nights a week that never stops and as many as a dozen players on stage at any one time. As far as bar bands go they do bring something different to the mix…a bit more character. We Canadians are too polite to do the down and dirty blues maybe. I found the crew down that way less polished, maybe having a tougher go economically and playing with a bit more soul as a result-the southern accent helps and that’s where the blues was born after all. I had the same experience with a B3 player that worked with me. He had a small guest spot in the original Blues Brothers movie. At 65, he didn’t have a possession outside of his “beat to death gear”…but had a ton of soul and talent. 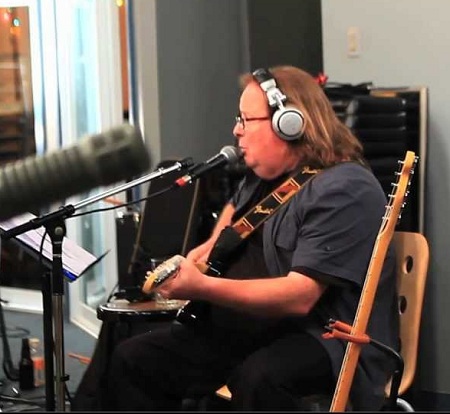 I’ve always lived for today and planned for tomorrow. But, with the music bizz there has never been more turmoil. I’m focused on writing better, playing better and finding more opportunities to do both. The rest is out of my hands and as someone said recently “it’s up to the next generation to figure it out”.

I’m a far better player today and have more craft in my writing. I think there is something about youth though that makes you challenge and search for better ways and as such kids become a better vehicle to express new thinking and music.

Happiness is progress, respect from your peers and musical moments that keep you coming back for more.

What are the lines that connect the legacy of Blues with Rock and continue to Jazz and Country music?

It all boils down to telling a story and creating rhythms and melodies that move people physically and emotionally…and it changes dramatically by the decade it seems. The best stuff never gets old and so much of it is purely type of content and production. “Music isn’t good or bad…just the musicians who play it.”- My Jazz ensemble teacher from Vancouver Community College

The birth of my two children and now my two grandchildren are pretty hard to beat.

My good friend Elmer Ferrer is currently on tour playing Europe’s largest venues. To be capable enough to share the stage with him in front of thousands of people…that would be a trip!