"I believe there is some great blues happening nowadays. It is great to see so many younger players coming up playing great 'traditional' blues."

Shirley Jackson is a reputable tenor saxophone player in the Maritime Blues scene. As a songwriter, her collection of songs has grown beyond the scope of one genre. Shirley has been a featured performer on the blues scene throughout Canada and the United States since 1997. Settling in the Maritimes from Western Canada in 1988, Shirley Jackson has been honing her craft on stage with The Good Rockin’ Daddys or The SideCats, as well as The Dutch Mason Blues Band, Tracy Nelson, Joe Murphy & The Waterstreet Blues Band, A.J. & The Redhots, Theresa Malenfant, Frank Mackay & The Lincolns, Glamour Puss Blues Band, The Twisters, and the annual “Ladies in Blue” concert in Halifax. Teaching in a private school in California seemed like a good ticket to check out the West Coast music scene. San Francisco, California 2001. The Saloon, The Ivy Room, Biscuit & Blues, The Blue Lamp, The Sweetwater, Rancho Nicasio were the places to be and hear some of the best. Junior Watson at The Ivy Room, R.J. Mischo at the Blue Lamp, Little Charlie & The NightCats at The Sweetwater, Terry Hanck at Rancho Nicasio, Johnny Nitro & The Door Slammers at The Saloon. Sitting at the Saloon one day it was very interesting to hear GRD's cd playing in the bar. More opportunities to play with some great musicians such Snooky Flowers, (Janis Joplin’s original horn player) invited to play two years in a row at The Brown Street Bash in Santa Rosa.

Back in Nova Scotia, after 9/11, coming to the realization that life is where you make it happen and it was a good move to be back on the East Coast. With the Release of ‘Careful What You Ask For’ in 2001 The GRD were nominated for a ECMA and came the opportunity to do festival gigs with Dutch Mason, Theresa Malenfant, Rick Jefferys, Joe Murphy, AJ & The Redhots, a summer tour with Glamour Puss to Quebec lead the way for winning The Toronto Maple Blues Award for Horn Player in 2003. The third full-length album of Jackson & the Daddys was "When The Money's All Gone" (2012).

My first desire to play blues music was inspired by listening to 'Saturday Night Blues' Radio with Holger Peterson on CBC Radio and I would also listen to 'Natch'l Blues' Radio on Saturday afternoons.

What do you learn about yourself from the blues rock and what does the BLUES mean to you?

The term 'BLUES' seems to get pigeon-holed into a narrow -minded category. BLUES to me is such a wide 'genre' that it cannot be labeled into anything other than music that invokes a feeling, that may tell a story, it may make you laugh, it may make you cry, it may be a solo guitarist playing some Delta Blues or a big band with a rockin' horn section improvising solos. Blues to me is communicating with others through the music. 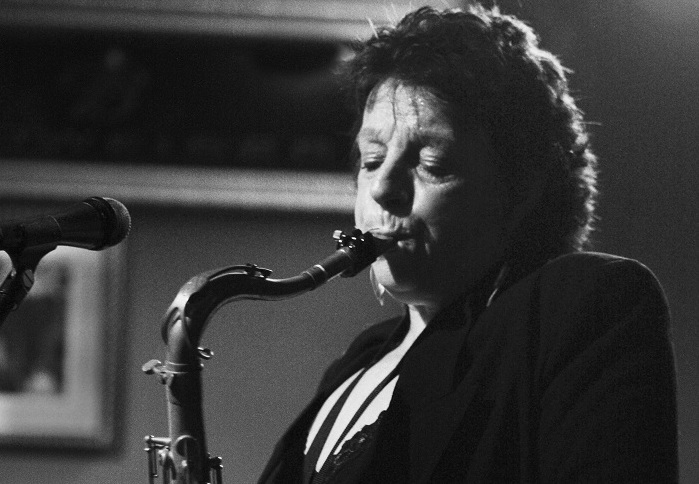 "My music philosophy is to have fun making music and transfer that to the audience. Love to see those toes tapping and smiles on people’s faces." Photo by Alan Marr

Heart break and losing the most important people in your life. Life experiences contribute to writing songs and feeling the music. Writing songs and music is a way of rising above some of the trials and tribulations and putting experience into perspective. Whether it is mending a broken heart, mourning the loss of someone, looking at the humorous side of a situation; most audiences can relate too.

How do you describe Shirley Jackson sound and progress, what characterize your music philosophy?

Shirley Jackson & Her Good Rockin' Daddys have a sound that is reminiscent of the times of the honking and screaming saxophones of the swinging dance club but stylized by their own song writing and arranging. Hailing to a sound inspired by the early years of Rock & Roll when horn sections were an integral part of the sound of a swingin' and rockin' good time. My music philosophy is to have fun making music and transfer that to the audience. Love to see those toes tapping and smiles on people’s faces.

My friend, teacher and mentor; Jim Faraday (my percussion professor at Dalhousie University) taught how to draw the sound out of an instrument and to make it an extension of your body. He taught me to believe in myself.  I will always treasure the lessons. My son Jeff who has been the bass player in my band since he has been 16 and is now 35, his advice to me has been, '"Just breathe." That always helps put things into perspective. "The present is always the most interesting because you have no idea what is coming next." (Photo: Shirley on stage with her son Jeff James Wirchenko and Tracy Nelson)

The best moment of my career was finding out I was nominated for the Toronto Maple Blues Award for 'Horn Player' in 2003. Winning the award was the topping on that cake.

One of the best moments was the first time I ever heard one of my songs being played on the radio.

The worst moment was singing in a talent show when I was eleven in front of a whole auditorium full of people and my voice cracked into the microphone and I said' Oh Shit' and the audience cracked up. I was humiliated thinking they were laughing 'at' me and did not realize then they were laughing at the language of an eleven year old. It took many years to get over the stage fright from that incident.

Today. The present is always the most interesting because you have no idea what is coming next.

There was a magic that seemed to happen just being on the same stage as Dutch Mason. He had a way of drawing an audience into the performance and making them part of it. I loved listening to Dutch Mason tell stories. He never seemed to forget who people were, always remembered peoples names. What's been their experience from West Coast circuit and your jam with Snooky Flowers?

I loved having the opportunity to live in the San Francisco Bay area. Most of my favourite bands were from that area so there was never a shortage of inspiration. I didn't know I was standing next to Snooky Flowers at a jam until after we got off stage. He said, "You can really blow that horn girl, you gotta business card"? I would have been nervous if I'd only known who I was standing next to at the time.

That jam with Snooky Flowers was one to remember.

Some of the best jam's that I've played happen at Bearly's House of Blues in Halifax on a Sunday night. There are always great players coming out to sit in and it's always a musical adventure.

The Old King Eddy in Calgary had some great blues jams that were very memorable.

Some of the most memorable gigs: An election campaign party in Beverly Hills, California was an adventure and Calgary International Blues Festival and the road trip with the band around that one. The Blues on Whyte in Edmonton where they locked the doors and wouldn't let anyone out of the venue until the brawl out on the street was cleared up.

The blues is the roots and there is so much history which comes along with the blues. The blues is where most forms of music originated. 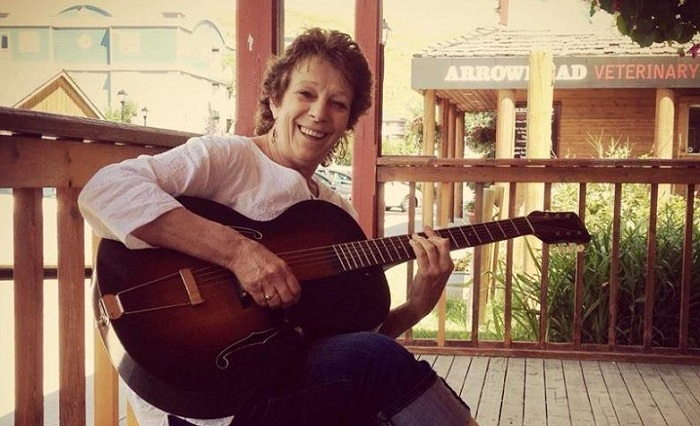 "Have a vision, BELIEVE in yourself and don't be afraid to dream. Have fun while you are doing it because that is the journey. Just Breathe."

Seeing people enjoying the music, toes tapping and forgetting whether they had a bad day.

Happiness if hearing your song played on the radio for the first time.

I believe there is some great blues happening nowadays. It is great to see so many younger players coming up playing great 'traditional' blues.  As a music teacher, it is rewarding to see so many of my students now out blazing there own trails in the industry.

As a song writer, there are always stories and experiences that can be set to music and someday, our students and the younger generation may be singing our songs. We all become a part of the history of the next generation.

Some blues/jazz festivals bring in 'Rock' bands or 'World' music to try to sell tickets and lose the real blues fans.

That one is yet to happen.....just around the next corner. 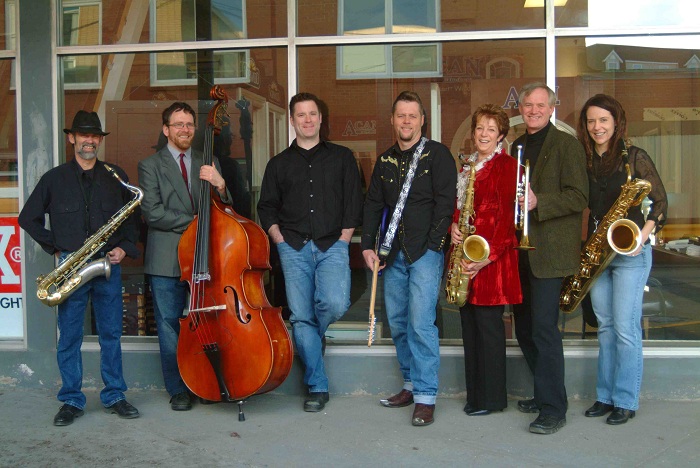 "The blues is the roots and there is so much history which comes along with the blues. The blues is where most forms of music originated."

From the music point of view what are the differences and similarities between Canadian and US scene?

The festival Circuit in the US can be more affordable for the travelling musicians. Canada is a huge country with fewer festivals and travelling expenses can be an issue. Crossing borders to perform can be a huge expense. It would be more affordable to travel to Europe than across our own country. Now that we'd love to do.

Which memory from recording time with your band makes you smile?

The making of 'When The Money's All Gone' at Echo Chambers with the best band I could ever ask for. I am blessed to work with such exceptional musicians.

'Careful What You Ask For'; 'Comfort Food'; 'When The Money's All Gone'; 'Makin' Tracks' by The SideCats, the book, The Journey Home. Memories of family, friends, pictures my daughter Layla.

Have a vision, BELIEVE in yourself and don't be afraid to dream. Have fun while you are doing it because that is the journey. Just Breathe.