"In fact, what I really miss most from the music of the past is the artists’ capability to create gorgeous original music. It was deep, touching, and skilled. In my opinion, today’s music cannot be compared to that one, as too often it lacks deepness and originality."

Danilo Cartia is singer, banjoist, guitarist, composer, and teacher (guitar and 5-string banjo). Since the end of the Seventies he devoted himself to traditional American music. He is among the first ones who introduced Bluegrass music in Italy. The well known “Folkstudio” of Giancarlo Cesaroni, the cradle of ethnic and traditional music of Rome, was the springboard for his long career in music. He performed in Mexico at the 1st and 2nd Countryfest Internacional Mexico (2008, 2011), in Russia (2011), where he gave five gigs, and with Letizia Sampaolo he recently participated in one of the most important Bluegrass Festivals in Czech Republic (Borovany 2014). He collaborated with a number of musicians in the making of their albums, including the one just recorded with the great Texan singer-songwriter David Rodriguez, “Racing Aimless” (released in 2012). As active member of the European Bluegrass Music Association (EBMA), he is also the organizer of the “Rome Bluegrass Jam“, an important point of reference for cultural and musical diffusion for the fans of this genre. He is the organizer of the first Italian Bluegrass Meeting, yearly held in Sarzana (SP, Italy) as part of the famous “Acoustic Guitar Meeting”. He is among the few musicians who over time were invited to give a gig at the American Embassy in Rome (October 2013). He currently performs with his band and some other different line-ups: Danilo Cartia Band (Bluegrass, Blues, Rockgrass); Danilo Cartia & Letizia Sampaolo Duo (Bluegrass, Blues, Ballads); and The big band BJG Roots Music (Bluegrass, Jazz, Gospel).

How do you describe Danilo Cartia sound and songbook?

The sound of the music I play comes from the American traditional and roots music, but even if it originates from rock, blues and bluegrass, it is definitely acoustic. My songbook, therefore, is mostly composed of bluegrass and country blues songs, but also of my personal compositions and rearrangements of current tunes.

My personal idea is that music does not need to be complicated to be good. A simple and even unpretentious tune can still be touching. This is my attitude when I write music. Naturally, I love listening to music; I also love writing music that involves good technique and skill.

What were the reasons that you started the American Roots Music searches and experiments? 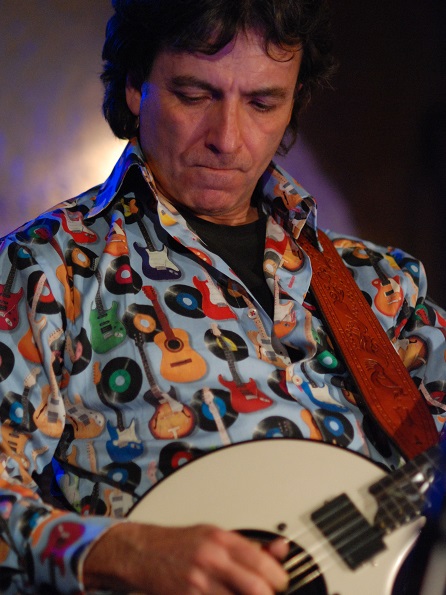 I was born and raised in Rome, Italy, met my first guitar at the age of six, and grew up listening Beatles and Rolling Stones’ music. The traditional American music caught me up straight after, when I was seventeen. What really struck me and made me embrace Bluegrass music was a gig played by a British duo that I happened to see at the “White Corner” pub in Goteborg, Sweden. It was 1972. That kind of music, that rhythm, carried me away and immediately convinced me to get a 5-string banjo –it was not easy to find it either! Most of my friends thought that there was something odd about an Italian person singing and playing bluegrass, typically dealing with mountains, moonshine, a passionate love for God and family. Nevertheless, I took my way and, besides studying and playing guitar, I started to study the banjo as well. At that time, where I lived there were quite a few people involved in Bluegrass, and the beginning was hard. I was completely self-taught and I could not find any book or lesson about the banjo on Internet – that actually did not exist at that time! Therefore, I tried to expose myself to bluegrass music as much as possible, also studying its origins, its main artists and places where I could possibly meet them.

When I started to attend the Folkstudio, the famous club founded in Rome, in 1960, where many famous artists like Bob Dylan, Joan Baez, Ravi Shankar and many others played there. Even if today that club does not exist anymore, it is still considered to have been the cradle, and the springboard for many famous folk musicians’ career, including mine.

Since then my musical career has gone further, also by traveling, meeting and jamming with important musicians both in Europe and in the US.

I have been working hard for all my life to pursue my musical project. I think the best advice ever I was given was the one I gave to myself at a certain point in my life, when I told to myself to not rely no longer on other people or other musicians to realize what I had in mind. It happened some years ago, when I decided to start my own band. Since then, many good things have happened and I am glad I did follow that path.

Are there any memories from gigs, jams, open acts and studio sessions, which you would like to share with us? Maybe there is not a specific thought to share. Anyhow I can say for sure that every time I traveled abroad to reach music in any of its forms, what I really appreciated was the possibility I gave to myself to observe how people reacted to music, how they responded to join and share it. It was a bit different in every country I traveled – France, Russia, Mexico… – based on their culture and tradition. Sometimes it was beautiful, sometimes it was incredible. That was the greatest gift I received each time. Instead, what I can say about the concerts I play is that whenever it is possible, I try to turn each one into a jam session. Music is at its best when shared. Don’t you think the same?

I have always thought I was lucky to be born in the late ‘50s because this made me a witness of the musical revolution that happened in the ‘60s. In fact, what I really miss most from the music of the past is the artists’ capability to create gorgeous original music. It was deep, touching, and skilled. In my opinion, today’s music cannot be compared to that one, as too often it lacks deepness and originality.

As I just said, it seems to me that music is losing depth and originality. This is my greatest concern. Instead, what I hope is that one day I will leave my mark so everyone will know I was here. I want to say, “I lived each day loving, struggling, studying, and working; my music holds and expresses all that. My music is my life, I leave it to you”

The first and maybe the only thing I would change is the way musicians are considered. In Italy, the country where I live, musicians, songwriters, and artists are not looked at for what they really deserve, and are not respected for what they are worthy. Instead, I know that in other countries it is different. I think it might be caused by the lack of a wide and deep musical education. Therefore, if I could change on thing in the musical world, I would start from there. 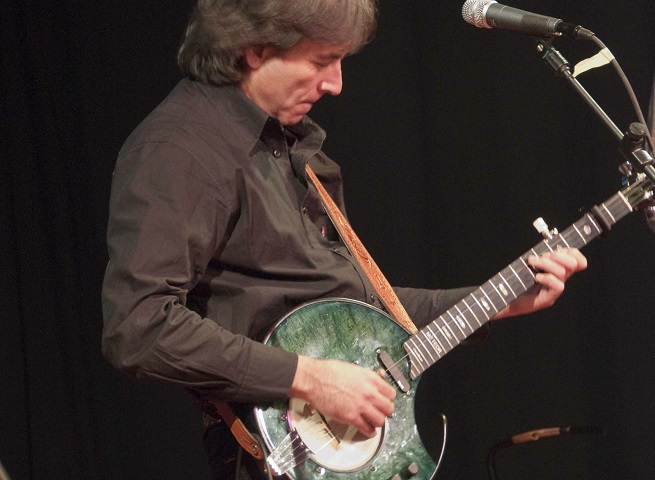 "American Roots music is about everyday life, about people who daily struggle and love. It is popular and being usually acoustic makes it easy to be approached by everyone."

What are the lines that connect the legacy of Blues with Bluegrass and continue to Jazz and Folk music?

Bluegrass music is a form of American roots music. It was inspired by the music of Appalachia where Irish, Scottish, Welsh, and English immigrants had settled. Therefore, it developed from the musical traditions of their homelands. Black musicians infused characteristics of the blues to the mix – and what was the key to shaping the bluegrass sound – introduced the iconic banjo to the region. Later, Bluegrass was furtherly influenced by the music of African-Americans through incorporation of jazz elements.

American Roots music is about everyday life, about people who daily struggle and love. It is popular and being usually acoustic makes it easy to be approached by everyone.

From the musical point of view, what are the similarities between: American and European Folk music?

As I just said, European immigrants in the US brought with them the musical traditions. Therefore, American and European folk music have common roots. This is what makes American and European Folk music similar even if it is not easy to specify what elements make them similar or different. Maybe it is all about technique, skills, or what else? 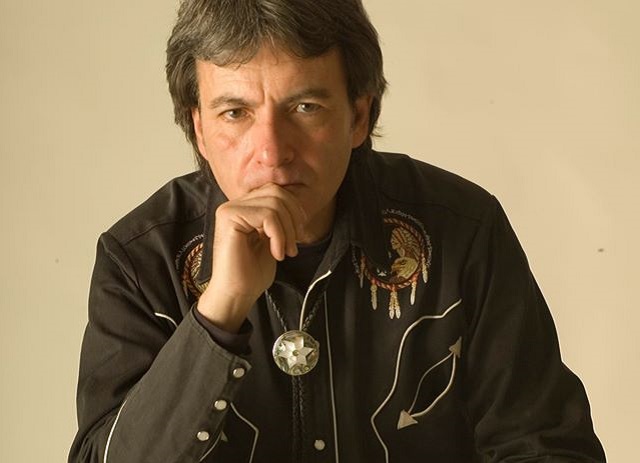