"I miss the real traditional blues from the past. These days they sing everything and label it as the blues."

Nora Jean (Wallace) Bruso is a Chicago Blues singer with deep Delta roots. Like so many blues greats that hail from the Delta of Mississippi, Nora Jean Bruso (or Elnora Wallace) was born and raised in Greenwood, a town in the heart of this blues-rich region. From birth her father, Bobby Lee Wallace, a professional blues singer and sharecropper, and her Uncle, Henry "Son" Wallace, a blues singer and guitar player, infused the blues in her soul. Also contributing to her musical education was her mother, Ida Lee Wallace, a gospel singer, and her grandmother, Mary, who ran a juke house. As a child Nora would sneak down to her grandmother's place on Friday and Saturday nights and listen to her relatives sing blues classics. It was during these years that Nora developed a love for the music of Howlin' Wolf that has continued to the present day. Nora's singing career in Chicago began in 1976 when her Aunt Rose heard Nora sing at home and brought her to several clubs she was promoting. It was at the Majestic on the West Side of Chicago that Nora sat in with Scottie and the Oasis. 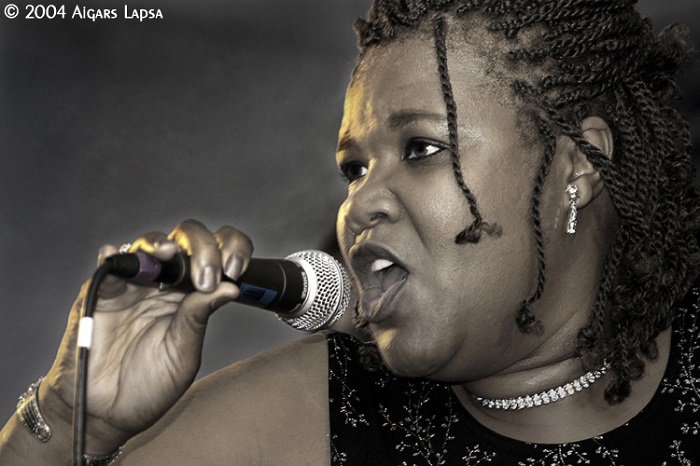 She was invited to join the band and spent several years with them before Scottie's unfortunate passing. During this time many local Chicago musicians, most notably Mary Lane and Joe Barr, encouraged Nora and taught her the fine points of her craft. Nora's big break came in 1985 when Jimmy Dawkins saw Nora perform at a local Chicago club and invited her to join his band. For the next seven years Nora toured and recorded with Jimmy and his band. During this time Nora appeared on two of Jimmy's CDs, "Feel the Blues," (JSP) and "Can't Shake These Blues," (Earwig). She also released a single, "Untrue Lover," (Leric, 1982) and two solo releases, "Sings the Blues" (Red Hurricane, 2002) and "Going Back to Mississippi" (Severn, 2004). While touring Europe, Canada, and the United States, Nora refined her performing skills and developed an international fan base. She appeared on many major festivals including the King Biscuit Blues Festival in Helena, Arkansas, the Chicago Blues Festival and the Pocono Blues Festival. She has lived a life full of passion and pain, triumph and despair, and with it has come a wisdom out of which is born art. Living involves pain but offers redemption as well. That is what the blues is all about.

I learned about myself that I am a great blues singer. The blues mean to me that it is good music.

How do you describe Nora Jean Wallace sound and songbook? What characterize your music philosophy?

I describe my song book by speaking the truth about my past and my present. I try to keep it clean that kids can enjoy it. Because I am about love and respect and that what I put into my music. 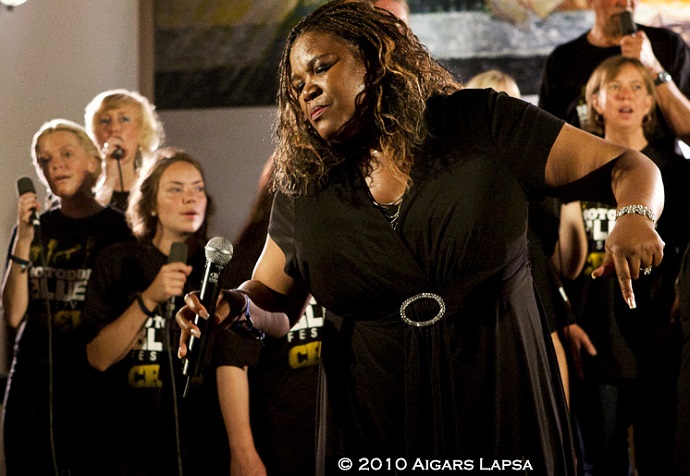 "On stage singing to my fans and seeing their reaction. I make them happy and they are happy I am happy, that's what makes me laugh."

Are there any memories from your grandmother's juke joint and Greenwood which you’d like to share with us?

Which is the moment that you change your life most? Which memory from Jimmy Dawkins makes you smile?

When I cut my first single and heard myself on the radio.

One time we did a show in Kansas City and the dressing room had music and Jimmy (Dawkins) started dancing and it was funny and he was pretty light on his feet. That is one memory I think about that makes smile.

When I did an interview for liven blues magazine. He told me not to say anything negative about anyone when I am giving an interview.

I miss the real traditional blues from the past. These days they sing everything and label it as the blues. 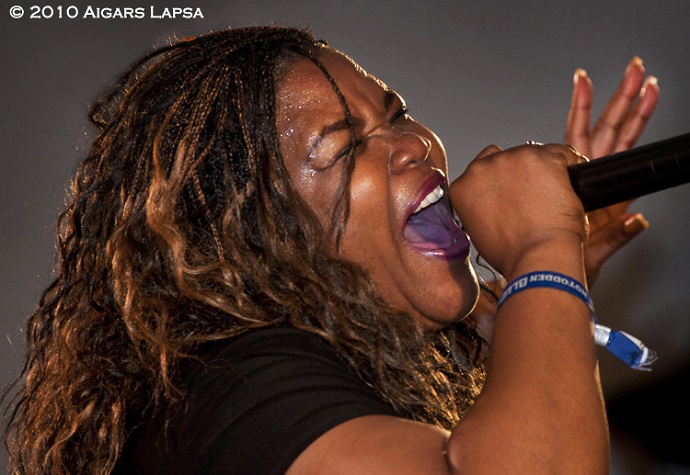 "I describe my song book by speaking the truth about my past and my present. I try to keep it clean that kids can enjoy it. Because I am about love and respect and that what I put into my music."

What are the lines that connect the legacy of Blues with Soul and continue to Rhythm n’ Blues and Gospel?

It starts with gospel. Back in the slavery days that was the music. Then it moved in the cotton field then the slaves started adding the beat of the gospel  into the blues (for example Lord help me please to make it through another day) and like the blues (it goes am worried about my baby she's been gone to long) soul is like Aretha Franklin, Gladys Knight. R&B is like Tyrone Davis, Johnny Taylor, people like that.

What has made you laugh lately and what touched (emotionally) you from your European tours and circuits?

On stage singing to my fans and seeing their reaction. I make them happy and they are happy I am happy, that's what makes me laugh.

To be on a stage in Italy because I have wonderful fans over there. They email me daily asking when I will be returning to Italy again. 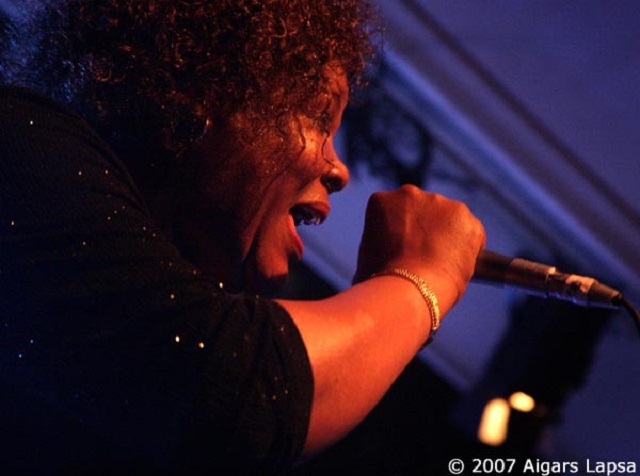