"Blues and jazz is a bit outside the commercial realm so it is relatively fad free and will be with us a long time, and folks keep hiring us so we will keep plugging away."

Swingadelic is a jazz/blues ensemble founded in 1998 in Hoboken, New Jersey by bassist Dave Post. Initially, the group played jump blues in the style of Louis Jordon, Big Joe Turner, and Louis Prima to cash in on the neo-swing craze, but by the early 2000s the band was maintaining a residency at Maxwell's in Hoboken as an eleven piece “little big band.” As the dance craze waned, the band kept busy with concerts, casual engagements, and recording. Swingadelic has performed at hundreds of festivals, corporate events, and many clubs from Maine to Atlanta. 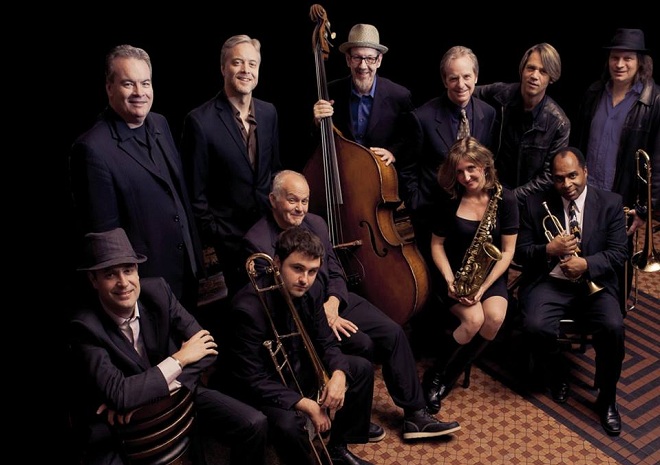 Swingadelic can also provide smaller bands for your cocktail hour with sophisticated, classic standards à la George Gershwin and Cole Porter. The band members of Swingadelic are seasoned professionals with years of experience in many musical styles. Swingadelic has provided music for film soundtracks and has appeared on many regional TV shows and radio shows worldwide. Swingadelic has released 6 CDs and a complimentary DVD is available for events planners and potential clients upon request. The newest release, Toussaintville on ZOHO records, is a tribute to legendary New Orleans songwriter, piano player and producer Allen Toussaint whose hits reigned supreme in the 50's thru 70's pop and R&B charts. Dave Post talks about Swingadelic, New Orleans, Duke Pearson and Allen Toussaint.

When was your first desire to become involved in the music? What does the BLUES & JAZZ mean to you?

I first became involved with music as a listener back in the day to Top 40 Radio.  Herb Alpert and the Beatles were big, but when I heard the Rolling Stones, that was THE light bulb moment for me. The Stones were essentially a blues cover band in the beginning and they led me to Howlin’ Wolf, Muddy Waters, Chuck Berry and Bo Diddley.  From there it was an easy jump to the jazz organ players, Jimmy Smith, Leon Spencer et al and the sax players like Gene Ammons and Stanley Turrentine that played with them. In my world blues & jazz is almost synonymous. Albert Murray calls Duke Ellington’s Orchestra “the ultimate blues band” Johnny Hodges alto playing just drips blues & soul.

From whom have you have learned the most secrets about music? How do you describe Dave Post sound and progress? 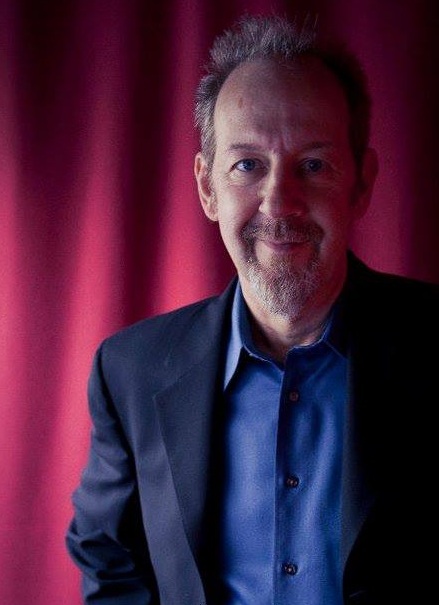 I learned about New Orleans music in a similar fashion. If you listen to Dr. John you get an education on Professor Longhair, Fats Domino, James Booker and all the way back to Preservation Hall and Dixie bands. In the 1970’s I had the good fortune to grow up in a suburb of NJ nearby NYC, and as kids we would run into town to go to the Village Vanguard to see Dexter Gordon, Thelonious Monk, Thad & Mel, Chick Corea, the MJQ and many other jazz greats. At the Fillmore East we would see a plethora of great rock & blues bands. Seeing Latin music great Tito Puente was life changing, serious playing for some serious dancing!

You have an interesting project Swingadelic. What characterize band’s philosophy?

I put together Swingadelic in 1998 and leading this band and getting to play with many fantastic musicians has been a most joyful experience. Buddy Terry, an alto/tenor player who played with the Ray Charles & Basie Orchestras, and Art Blakey and Horace Silver, played with us for ten years and we learned an awful lot about the idiom from him. Lately my favorite moments come from having tenor player Jerry Weldon plays with us. Whether it is a dance, a wedding or a concert, Jerry always elevates the proceedings with his musicianship, great attitude and humor.  We are humbled by musicians like Buddy and Jerry and strive for their skills and connections with the audience.

What's been their experience from Maxwell's?  Which memory from Maxwell’s makes you smile?

Maxwell’s in Hoboken where I have been co-owners with Todd Abramson and Steve Shelley (Sonic Youth) for 15 years is NJ’s premier rock’n’roll venue and a lot of great bands have passed through. I got to use it to nurture Swingadelic’s eleven musicians with a venue for live rehearsals on Monday nights, where we could try out new arrangements and have people sit in and work out our music. The musicians in Swingadelic come from many stylistic areas and how we all blend together is what may make us different than other bands. 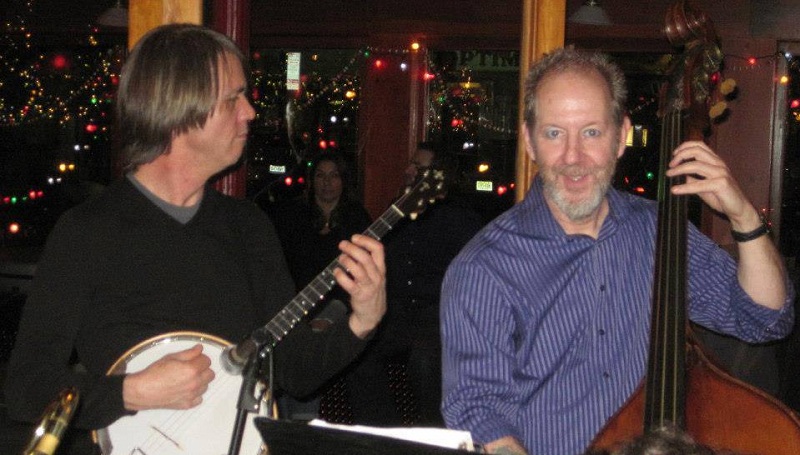 Blues and jazz is a bit outside the commercial realm so it is relatively fad free and will be with us a long time, and folks keep hiring us so we will keep plugging away.

What’s the best jam and gig you ever played in? Which memory from recording time makes you smile?

We have been doing a lot of repertoire gigs lately.  Concerts of all Ellington or Basie, Johnny Mercer, The Three Louies (Louis Armstrong, Louis Jordon and Louis Prima) and our last two CD’s on the ZOHO label have been tributes to Duke Pearson and Allen Toussaint.

I have been playing in bands and orchestras for 40 years now. Started in high school rock band in the basement, went to college and played with the bands and orchestras, then went to wedding bands, Polish bands, rock n’ roll bands, blues & jazz bands, and bluegrass bands. Any day making music is a great day, no matter what the style of music it is.

Do you know why Upright bass is connected to blues & jazz music and what are the secrets of? 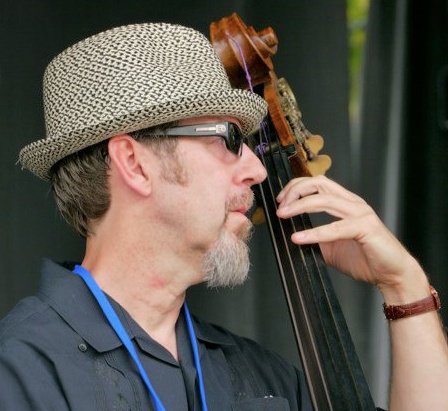 There is something to be learned for your sound, musicianship and experience from all styles. It is easy for a bass player to play various styles because the function is still the same, outlining the root of the harmony and providing rhythmic support.

For those learning now, I wish the best of luck. Skip the performance degree and get a background in education or in another area like math or science. You need a backup and if you love music, you will always be performing.