"I believe that the Blues is almost a prime evil form of music. The entire idea behind the music is pure emotion."

Detroit. Few words draw up such emotion and imagery as that one word sentence. It’s really a novel on its own, and it says more about music than most books ever could. One of the things most people forget in this modern era of music is the deep root of blues that comes from Detroit. One man who hasn’t is Paul Lamb and his band The Detroit Breakdown. Paul grew up in Detroit, listening to a mix of great rock radio like Bob Seger, Stevie Wonder, George Clinton and drew from other outside influences like Hendrix and Stevie Ray as he began to play guitar. 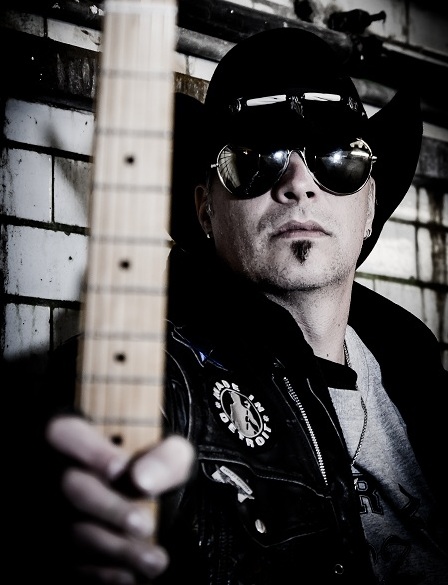 After travelling the country seeking out his musical soul and playing with the best of the best, Paul has finally found what he was looking for right here at home. Listening to Paul Lamb and the Detroit Breakdown is a musical time capsule. It will take you through the drive and riffs of the 70’s, but also has the modern pulse that comes from recording at the legendary Rust Belt Studios (Kid Rock, Uncle Kracker) that keeps it all fresh. He’s not rehashing a memory; he’s brought this music to life. After extensively touring Europe, highlighted by appearances at Glastonbury and touring with Walter Trout, Peter Green and many others, Paul and the Detroit Breakdown are bringing their music back home, similar to the path Hendrix followed. It all comes back around; much like it does with music and Detroit. Paul Lamb & The Detroit Breakdown released their fifth album on May 2014 “Take It From the Top”. Paul carries the torch as well as any native from this great city could ever do.

I believe that the Blues is almost a prime evil form of music. The entire idea behind the music is pure emotion. There is an argument that all music is like this, but I believe blues music is emotion in its purest form. When you strip down to the deepest part of emotion you can learn a lot about yourself and your true beliefs. The Blues are everything to me. The music shapes the way I view the entire universe and the possibilities beyond.

How do you describe Paul Lamb sound and songbook? What characterize your music philosophy?

To me the most important part of my song writing is the lyrics. I believe it is a lost art in modern music. A song is meant to be a story or an idea that can stir up awareness. My sound is simply what I’m trying to convey at the moment. Sometimes it is loud and aggressive and sometimes it’s soft and loving. It’s all rock n' roll rooted in the blues. 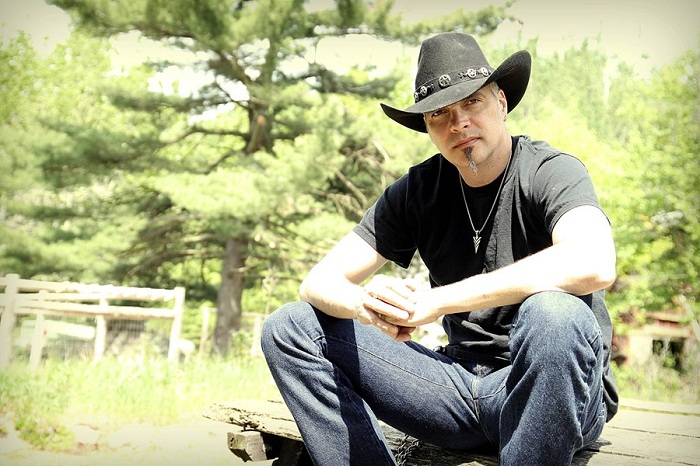 "Music of the past was about musicianship today it’s about processing. Auto tune? fuck off. Don’t get me wrong there are many fantastic musicians making fabulous music out there, but unfortunately they’re not the ones that are the getting the attention. "

Now is definitely the most interesting time in my life! The endless travel brings constant new adventures. I have so many wonderful friends from far corners of the earth. The more friends you acquire the more fulfilling and interesting your life becomes. I’ve had so many wonderful points in my career it is tough to pick the best one. I think it’s relevant to the time and situation. I guess every time you get a “First”. The first time I got a guitar, the first time I heard myself in a recording, the first time I got my own hotel room haha, the first time I ever played in front of twenty thousand people. Things like that, the list is endless. The worst moment in my career was when the Rock N Roll “indulgences” let down some people that were very important to me. A true life lesson.

Rock and Blues are simple and pure forms of music. The purity of the sound and its emotion is easy to relate to at any age. It just comes down to exposure and introduction. I have found when people, of all walks of life, are exposed to the music they are fans for life. It not a passing fad. The music has obviously stood the test of time.

My most important meetings that have been the most influential in my life have always been the ones with fellow musicians. At least the musicians that are willing to share ideas. There have been several collaborations where an idea has flipped my perception around and made me a better song writer, a better engineer and producer and a better player. The best advice I’ve ever gotten? John Oates once told me Paul McCartney told him to never drop names! 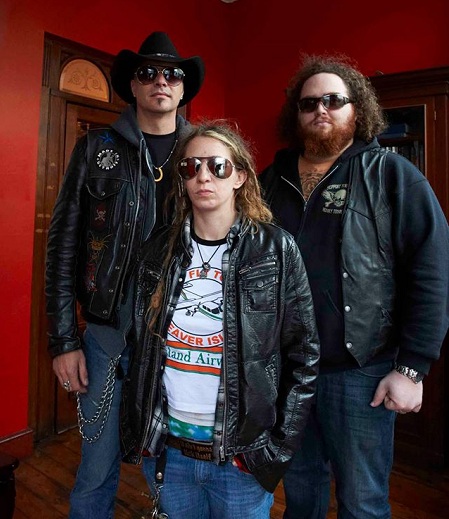 I’ve played on several different recordings over the years. So many great sessions with so many different artists. I love to record. When we recorded The Tales Form The Gravel album in Norwich England at La Grange Studios, I really felt like I had reached another first. I spent my youth dreaming of traveling to another country to record and for the first time I had accomplished that. The session was amazing and I will treasure the experience for a lifetime.        (Photo: Paul Lamb & The Detroit Breakdown)

Recording technology is better than it used to be, but it is being used incorrectly. To me it’s black and white. Music of the past was about musicianship today it’s about processing. Auto tune? fuck off. Don’t get me wrong there are many fantastic musicians making fabulous music out there, but unfortunately they’re not the ones that are the getting the attention. Somewhere along the way society started listening with their eyes not their ears. Therefore music industry has suffered. But as I’ve said before, the cream always rises to the top. Let the intellectual music revolution begin! That’s what I’m hoping for.

Which memory from Glastonbury festival, Walter Trout and Peter Green makes you smile?

The first time I played with Walter Trout was on my Birthday five years ago in Exeter England. It was the best birthday gift I ever received. Walter and I became great friends and I’ve toured with him several times ever since. Walter is the kind of person who wants to share what he has not horde it. He has personally done more to help my career than just about anyone. He’s not only my mentor but a true friend.

I was so excited to play with Peter Green as well. He commanded his performances with taste and feel, not volume. He still is, and has always been, a power house. Glastonbury? Well? haha! I got severe food poisoning. I made it through the show then ended up in the hospital for five days. I thought I was gonna die! Needless to say my festival experience wasn’t the one I wanted. 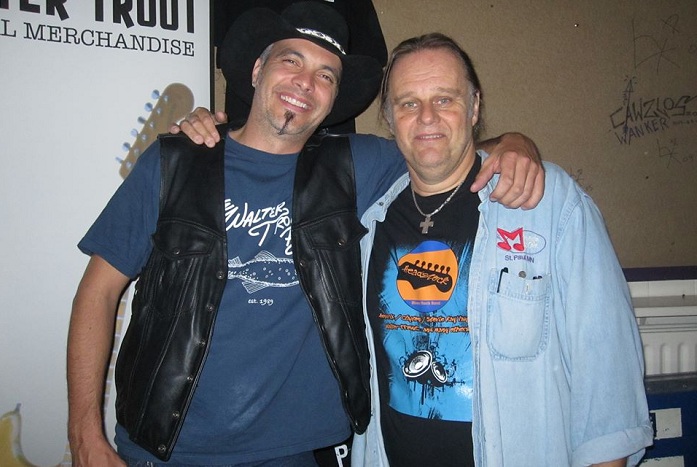 "Rock and Blues are simple and pure forms of music. The purity of the sound and its emotion is easy to relate to at any age. It just comes down to exposure and introduction." (Photo: Paul & Walter Trout)

What are the lines that connect the legacy of Blues with Soul and continue to Rock and beyond?

Modern American music started with slave chants. The slaves would sing in the fields as they picked cotton or whatever their unfortunate tasks were. The invention of the guitar brought a portable musical accompaniment. This sound spawned the blues. As the blues began to mature from the twelve bar format it gave birth to soul. Once Soul reached a more mainstream audience the sure volume of musical ideas amalgamated into rock and so on. Its musical evolution at its finest.

From the musical point of view what are the differences between American and European scene?

American audiences want you to prove to them that you are worthy. They approach you with closed arms and if you win them over you’re in. European audiences greet you with open arms they want to like you. They are ready to let you in.

I would want to fly one hundred years into the future just to see where the evolution of music was. Then I would take the ideas back and become a revolutionary. I think that’s what Hendrix did. Maybe perhaps on his last trip he found a magical place and stayed. I hope to find that time and space one day, but not too soon. I still have plenty of music I need share right here! 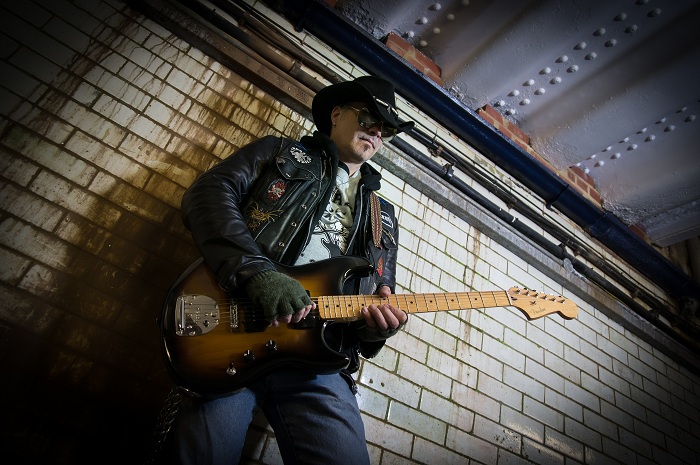