"The blues to me is a primal spirit of the human emotion."

Texas guitar slinger, songwriter and vocalist Willie J Laws creates music that is a soulful mixture of South Texas Blues/Funk, classic R&B, Country, Rock & Roll. William James Laws Jr. has over 25 years of performing experience and has traveled the world making music. The influences heard in the music of the Willie J. Laws Band are many and eclectic. There are deep roots in Texas music tradition and uniquely American roots music. Raised in the Gulf Coast of Texas, Willie J. developed his "funky blues" guitar and vocal sound, influenced by Texas Blues and R&B, Tex-Mex Tejano/Conjunto, Louisiana Zydeco, and Country. Fans call him "the Real Deal". His work over the past 25 years includes performing as the house band for The House of Blues in both Las Vegas and New Orleans, and as well as Margaritaville in the "Crescent City". He performs nationally and internationally with the Grammy award-winning Tejano band "Los Texmaniacs". While living in Texas, Louisiana, Nevada, and California he repeatedly opened for BB King, Etta James, Buddy Guy, Willie Nelson, Hall & Oates, Lynyrd Skynyrd and numerous others.  Willie was mentored by, and toured throughout the US with, the late Blues great and Texan, Phillip Walker, which you also hear in Willie's  playing style. Willie now lives in Massachusetts, travels from NH to NYC to Texas and beyond, and plays hardcore, authentic Blues with a twist of Zydeco, R&B and Funk.

My name Is William James Laws Jr. (Willie J Laws) I have learned much about myself through not only performing but listening to the blues. The main thing for me is that I never stop learning about myself. The blues to me is a primal spirit of the human emotion.

How do you describe Willie J Laws sound and songbook? What characterize your music philosophy? "The lines that connect all forms of American music are Life, Love, money, freedom and the Pursuit of all things that makes who we are. It is where we come from, where we are, and where we are going in all aspects of daily life."

Why did you think that the American roots & Texas music continues to generate such a devoted following?

American roots music and Texas music in particular will always have in my opinion, legions of fans  because these genres of music are pure and simple and most of the time it is the truth.

Which meetings have been the most important experiences for you? Are there any memories which you’d like to share?

Everyone I have ever met throughout my musical journey has always led me to where I am now. So, every meeting has had some amount of importance…and to continue with the next question I have had opportunities to meet and share stages with people that have influenced who I am as an artist.  I could tell stories but I have never been able to tell a short story.

I miss the music from the old days because it could swing make you dance make you cry it could address all of the social-economic issues of the day. To me most of the music I hear now that the industry puts out is all drinking, partying, crying and whimpy emotional bullshit. I am old school I want to invoke free thought and an awareness of current events that affect the entire human race.

My fears for the future outweigh my hopes if you keep in mind the state of our world today. I fear that I won’t see the day when there is true peace freedom equality and justice for all of us on this earth. 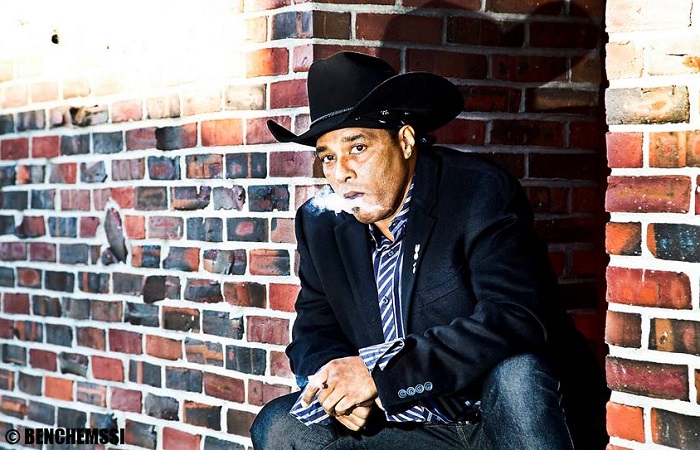 "American roots music and Texas music in particular will always have in my opinion, legions of fans  because these genres of music are pure and simple and most of the time it is the truth."

What has touched me the most about playing here in New England is how much the people really enjoy our shows and they have opened themselves up to our groove. I was not born in the North East United States I moved from San Antonio to Boston almost 5 years ago and the first 2 years I was hardly performing. Now we have been nominated to receive a NEMA (New England music award).

What are the lines that connect the legacy of Blues with Soul/Rock n’ Roll and continue to Country and Zydeco?

The lines that connect all forms of American music are Life, Love, money, freedom and the Pursuit of all things that makes who we are. It is where we come from, where we are, and where we are going in all aspects of daily life.

If I could take a trip back in time for one day I would like to go to the Stax records show that was done in Los Angeles in the early seventies. 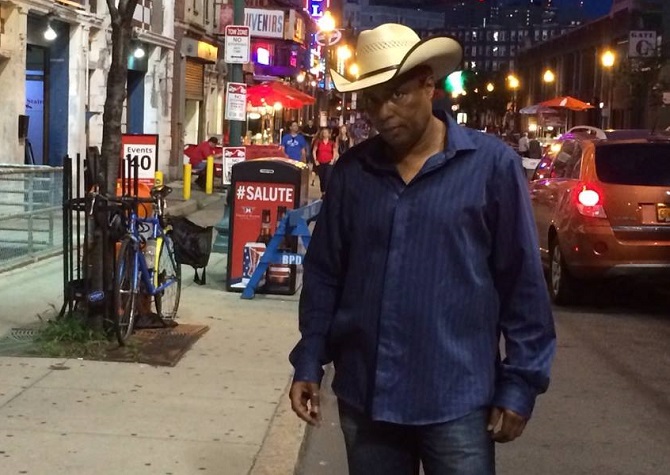