Interview with English guitarist Matt Woosey, one of the best new blues artist out of the British Isles

"Without a doubt. But there is a lot of stuff which calls itself blues which really isn’t. There is a difference between playing blues and playing THE blues. One of them has feeling!

Matt Wossey: On The Blues Waggon

Before picking up the guitar, Matt Woosey began his musical journey as a drummer, but had chosen the guitar by the time he joined Taxi, which were a well-respected band in Malvern, Worcestershire, where Matt calls home. Matt went on to form ‘Matt Woosey and the Strange Rain’ and still retains the world class drummer James Elliot Williams in his current ‘Matt Woosey Band’. In 2012, Matt gigged throughout France, Belgium & Holland, whilst this year he is taking on South Africa, Europe before embarking upon The States in 2014! 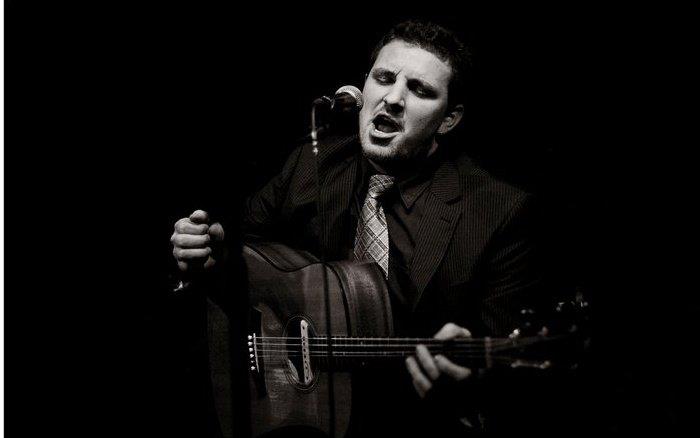 Regarded by some critics as the best blues artist out of the British Isles since Rory Gallagher, Matt Woosey has established himself as an accomplish singer/ guitar player, which has given his band a regular slot at Ronnie Scotts, taken him across Europe, put him on the bill at all the major UK blues festivals as well as feature on television. Matt has his own unique singer-songwriter/ playing style that has been coined "the Woosey Blues", by combining intricate cord changes with poetic lyrics and at times, breaks out into powerful blues movements. The Matt Woosey Band’s latest release was, On The Waggon (2012).

I first got into the blues by listening to Rory Gallagher, Led Zeppelin, Sonny Boy Williamson and Peter Green.

The Blues just seems to rest easily on me. I can’t put into words how it makes me feel to listen to or to play, I just love it. It’s something I can relate to musically and otherwise. 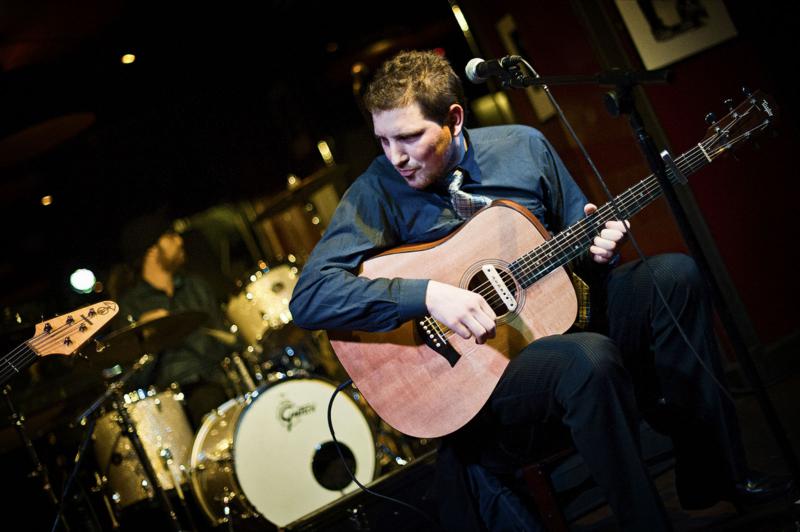 "My philosophy on the blues is that everybody has their problems and joys, and although they might be very different to another person’s problems etc, there are always things you can identify with and sympathize with."

Describe the sound and progress of Matt Woosey? How do you characterize your philosophy for the blues?

I have always played blues but I have also always played a broad range of acoustic and roots music not necessarily easily categorized as the blues. My philosophy on the blues is that everybody has their problems and joys, and although they might be very different to another person’s problems etc, there are always things you can identify with and sympathize with. The music can just seep into your soul and not really give you the words you need to describe what it does to you

Love and lack of love.

Led Zeppelin, they were amazingly original but also incorporated a lot of 1st generation blues in their music which is nothing to be ashamed of! I learned so much from them about the history of blues music.

Do you think that your music is as it started out? Or has this changed and are you pointing in a new direction?

I’m always trying to keep my music fresh for myself and people who have been following my career. I don’t consciously try to change; I just change naturally over time, both my playing and my songwriting. 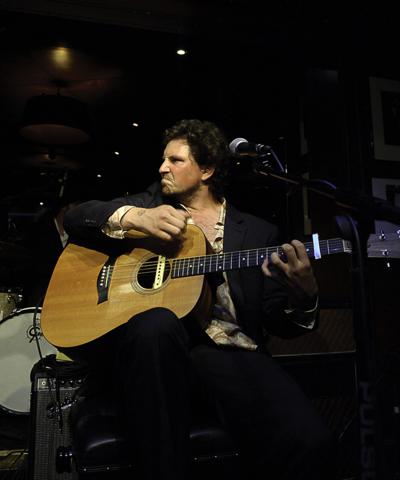 My first gig at Ronnie Scott’s and having to sell my Les Paul to fund a tour.

Are there any memories from recording time and from the road, which you’d like to share with us?

I’ve been gigging 5 or 6 nights a week for many years, I’ve had some unbelievable highs and some devastating lows, but I have always managed to keep going despite never earning any money or receiving any great success. I have unending faith in my music and I can’t see a time when I will stop doing what I love. I have spent many months touring on my own living in my van, having no one and nothing in my life other than my music and I am a stronger person for going through all of it. I’m happy now, very happy and I’m excited about the future.

From the musical point of view is there any difference between a solo acoustic act and an electric with band?

Yes, it’s a whole different ball game, I love to do both, it keeps me on my toes. On my own I go to different places, and with the band I go to places which I don’t explore on my own. Improvisation is different because you feed of the other dudes and feeling and vibe are so important.

Because it is a musical interpretation of our emotions and feelings, it is inescapable. It captures you heart and makes you want to dance, cry, and sing. 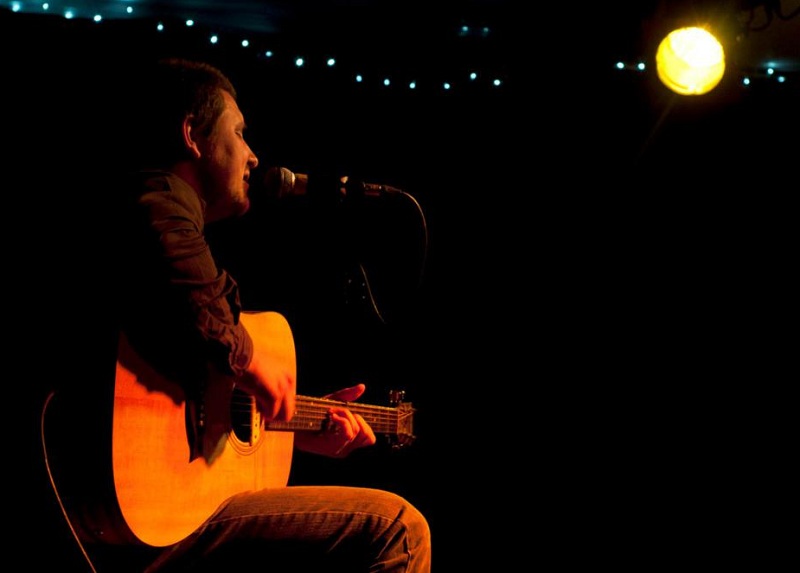 "Anyone can learn to play blues but you have to have it in your soul to be convincing or genuine and it doesn’t matter how technically brilliant you are, if you don’t got it, you don’t got it!"

Without a doubt. But there is a lot of stuff which calls itself blues which really isn’t. There is a difference between playing blues and playing THE blues. One of them has feeling!

Do you believe that Leadbelly would ever like to receive a music award?

For biggest legend ever? Probably!

Sure! Anyone can learn to play blues but you have to have it in your soul to be convincing or genuine and it doesn’t matter how technically brilliant you are, if you don’t got it, you don’t got it!

I would like to have the variation in my life made into a painting. The frustration of playing to empty bars and the joy of playing to huge festival crowds and all stages in between. 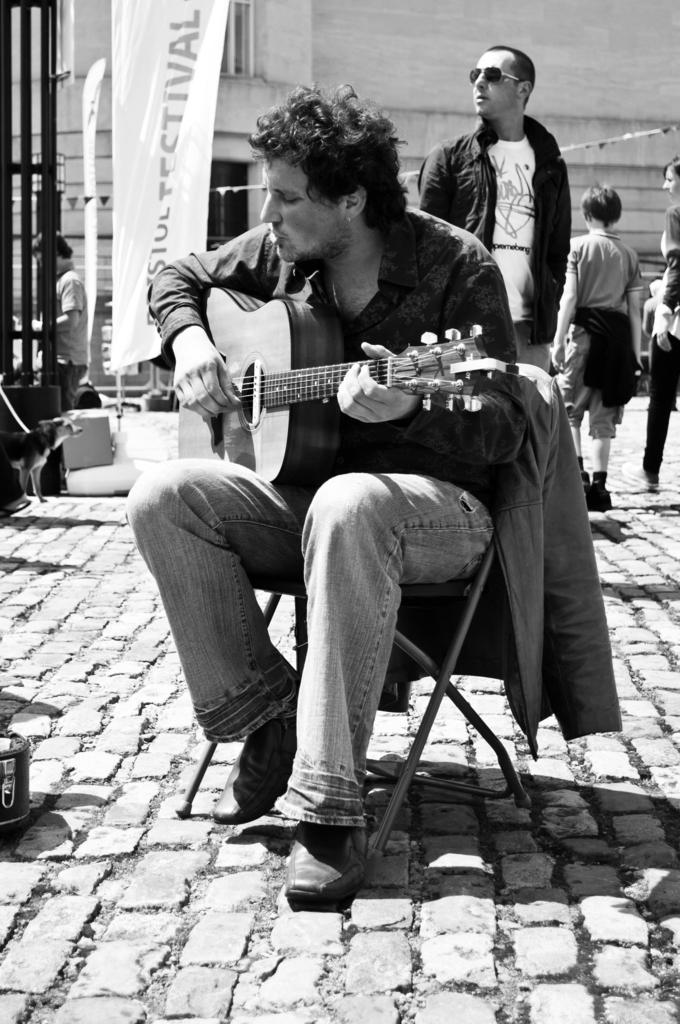