"My hope is that people will start making more music with instruments and not machines and that good creative music will continue to be cherished & supported. My fear is that we will no longer own music and uses cd players etc and that everything will be controlled on a cloud type system."

Keeping the spirit of Old School R&B fresh and alive for new generations of listeners, David Garfield has a longstanding tradition of creating dynamic, freewheeling re-imaginings of songs by legendary soul artists both live and in the studio. Following his worldwide Top 10 radio hit “Let’s Stay Together,” the veteran LA based keyboardist, composer, arranger and recording artist digs deep into the great Stevie Wonder’s catalog for his latest single, the slyly funky, brass-fired “Go Home” – a Top 10 pop hit and #2 R&B hit from In Square Circle that’s been a staple of Garfield’s live performances for years. Released on Garfield's independent label Creathcy Records, "Go Home" (2017) is currently charting high on the Billboard Smooth Jazz Chart and worldwide elsewhere. Garfield enlists a killer lineup of musical friends, R&B/jazz greats and Grammy Award winners to give Stevie’s song the dynamic post-millennial soul treatment it deserves. 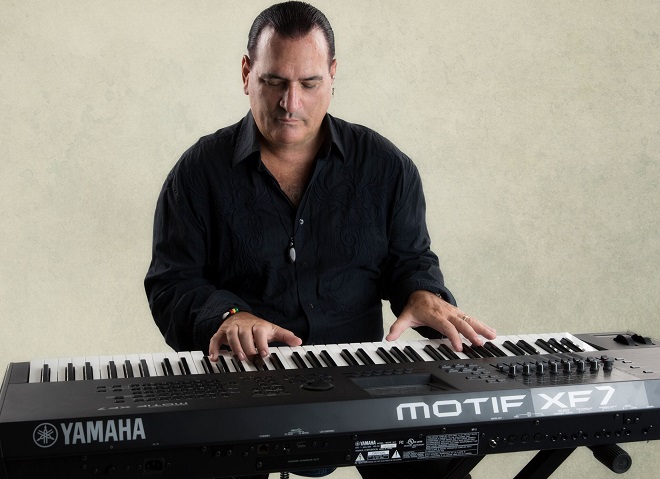 “Go Home” is the first in a series of single track releases that Garfield will release from his upcoming all-star studio project, an expansive work that will feature numerous genre superstar collaborators: George Benson, David Sanborn, Oleta Adams, Rick Braun, Marcus Miller, John Klemmer, Michael McDonald, Ray Parker, Jr., Lamont Dozier, Jr., Tom Scott, Nathan East, Kenya Hathaway, Randy Brecker, legendary Doors drummer John Densmore and Larry Coryell in his final performances. The project will feature previously unrecorded vocal songs penned by Garfield and Motown legend Smokey Robinson. In addition to his many years of performing in L.A. and around the world as a solo artist and as bandleader for contemporary world jazz collective Karizma, Garfield is perhaps most familiar to contemporary jazz audiences as a featured artist and longtime musical director for George Benson. Garfield will be touring in the late summer/fall 2017 with Benson in a double bill tour with saxophone superstar Kenny G. He is creating the arrangement for a special duet of the classic hit “Mornin’” by these two legends that pays homage to recently departed friend and collaborator, pop/R&B/jazz great Al Jarreau.

How has the Blues, Jazz and Soul culture influenced your views of the world and the journeys you’ve taken?

It has given me much insight into what it was like to live in the US during the period of the civil rights struggle as a second-class citizen. Although I’ll never truly know what it is like, I have picked up a lot though my associations with African Americans and working in the Jazz/Blues/Soul world.

How do you describe David Garfield sound and songbook? What characterize your music philosophy?

My philosophy is “I Make Music” and I am known for drawing on and fusing many different styles and ethnic flavors in my songs & shows. I draw on Latin, Jazz, Reggae, R & B, Rock and various world styles too. I make music means I write it, I arrange it, I record it, I rehears it and I perform it live. 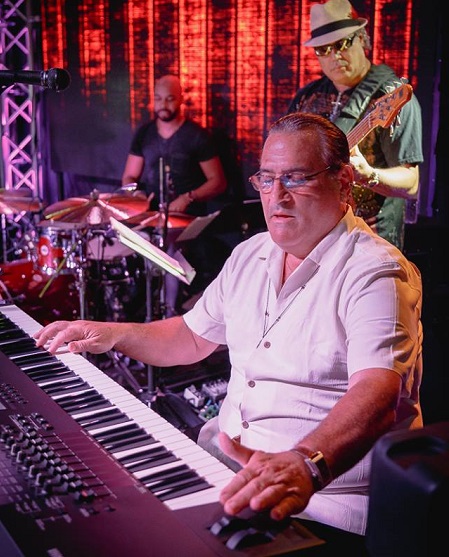 Prepare, Practice, show up early, be easy to work with, have confidence and don’t be too shy, but don’t be overly or falsely confident!

"I miss the interactions of real people and not machines."

Too many to tell! There’s the time Eddie Van Halen sat in for a whole night at the Baked Potato and we did all classic rock covers, There’s the time Ringo Starr came walking into my mixing session saying “What’s All This Jazz?” I remember when Pat Metheny band used to open for us in the 70’s (With Freddie Hubbard) and they drove around in a station wagon. Then there’s my first gig with George Benson in 1986 (which is on a commercially released DVD) where both Herbie Hancock & George Duke came out to sit in with us on the encore… many BIG thrills!!!

I miss the interactions of real people and not machines.

My hope is that people will start making more music with instruments and not machines and that good creative music will continue to be cherished & supported. My fear is that we will no longer own music and uses cd players etc and that everything will be controlled on a cloud type system.

I would have a government department of music that would fund & support live music & musicians to record & create!

What are the lines that connect the legacy of American music from Jazz, Blues and Rock to R&B, and World Beat?

It started with the blues…the music of the workers & slaves from Africa in the south and, then when blues mixed with European music elements Jazz was born. Then in the 50’s when the raucous jazz blues jams with Honkin saxophone solos happened, Rock & Roll came out of that ….then R& B was smoothed out Rock and so on

What has made you laugh from Smokey Robinson; and what touched (emotionally) you from George Benson?

Smokey told me about how he got his first hit song and what he was feeling at the time, George touched me when he gave me a beautiful & unsolicited gift after I lost something valuable from my pocket while on tour together. 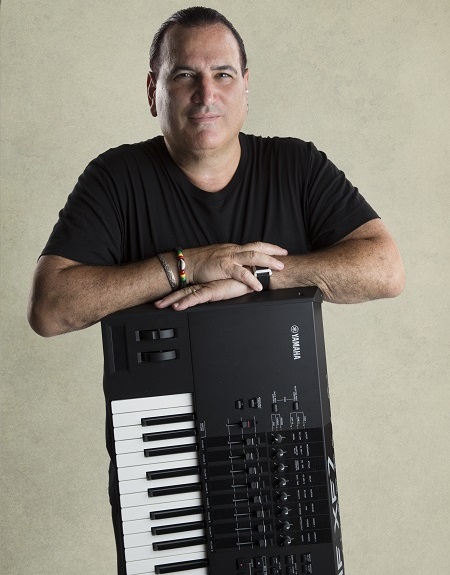 What is the impact of Soul, R&B, Jazz and Blues music on the racial, political and socio-cultural implications?

I think it has brought all people together of all races together and also got the message out of the black experience in America.

"I draw on Latin, Jazz, Reggae, R & B, Rock and various world styles too. I make music means I write it, I arrange it, I record it, I rehears it & I perform it live."

I’d like to go to Vienna in the time of Chopin and spend a whole day following him around …. His music is so amazingly well written, romantic & passionate and SO difficult to perform… I’d be into checking that out & being a fly on the wall and seeing what was like back then and how they writhe, rehearsed & performed the music. Also, how they lived from day to day & their lifestyle in comparison to mine!