Interview with German multi-instrumentalist Mr. RocKing - his music charisma put a spell on every audience

"Good music is good music it's just a matter of taste."

Mr. RocKing works in the German music business for over 25 years. He composed 4000 songs and some hits are available for Radio & TV and tons of playback music. Mr. RocKing produced many genres : RocKing Music Styles: Southern Rock, RocKing Roll, Blues, Pop, Ballads, Techno, Hard Rock, Funk, RnB Old school handmade music. Mr. RocKing rules the stage. Music wise charisma and professionalism and top-styling of Mr. RocKing (Frank Bräutigam) as well as his skilled animalistic voice put a spell on every audience. He burns himself till his last drop of sweat in gratitude to his responsive audience. He play's his guitar like being born with it. The uncontrolling positive energy of his show, isn‘t measurably in sparks but in his responsive audience and the applause like the noise of an ocean. 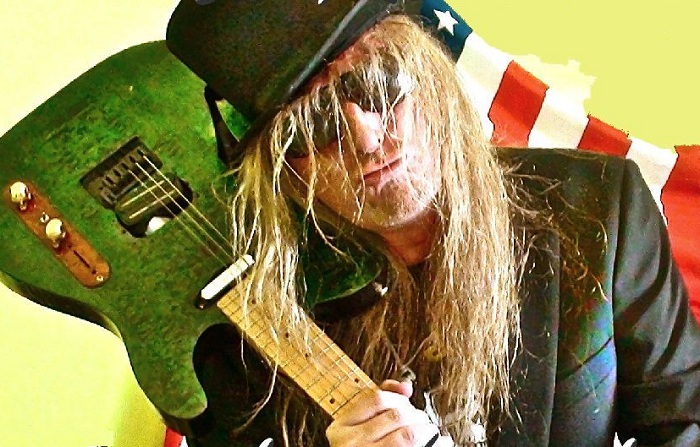 The Multi-Instrumentalist Mr. RocKing plays in the studio & live on stage: Vocal & Choir, Guitar, Bass, Drum, Piano & Keys, Harp & Horns. Also he is a digital recording master with his ProTools Studio. All Songs are made by Mr. RocKing, written, recorded and adapted mixing und mastering. This is meant for all shows, the musicals und videos. He builds and pimps his instruments by himself. RocKing instruments are real handmade - to record and produce his show in his Studio "Frogtown Records". Mr. RocKing was educated by, meanwhile departed, Armando Appiani, who set standards with his Scuola del Belcanto for Voice Trainig in the Twentieth Century. Mr. RocKing visited master classes given by this expert of Belcanto. Appiani who combined the Tradition of Belcanto and the Voicebuilding Methods of Funktional Voice Training inspired Mr. RocKing to do so in Rock & Pop music education. RocKing's hobbys: Paint in oil, acryl and chalk, the art of Bonsai, golf, developing and building instruments and helicopters (Model). Mr. Rocking found his passion for the Art of Painting and Sculpting 1992 at the La Grange College (USA).

How do you describe Mr. RocKing sound and songbook? What characterize your music philosophy?

Art is life… in fun we trust…if it's a good one, it's made by Mr. RocKing…never work for free. RocKing Roll is positive fun created grooves including a bittersweet voice. Like a good drink. My Music Education Series and my Songbooks are for my audience, fans and everyone who plays a real instrument and leaves the standard playing alone. They come along in different styles: Guitar and Voice, Bass & Drum & Band-Sheets. You also can order the single sheets.

Now is the most interesting period. Its possible to connect worldwide send your song to the whole world - it is so crazy, I love it. In the past we spent thousands of dollars to connect with people by sending press kits worldwide. Today 1/2 hour on the computer and good luck my new song.

Worst is always the beginning of scripting a new Show. It's always like an accident and I wish I can die. Best moment: stand on stage and receive a standing ovation by a small club audience; this is a high end feeling. 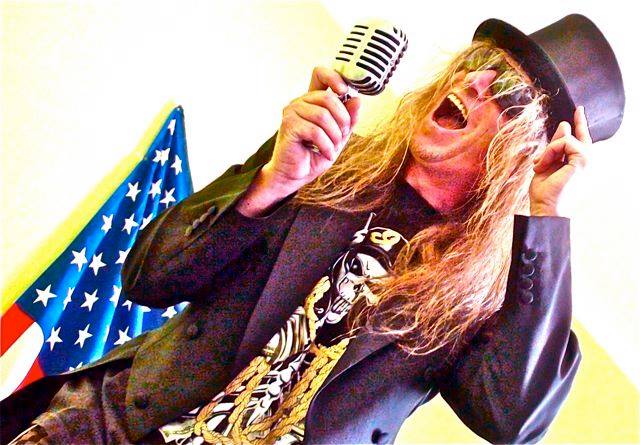 "Art is life… in fun we trust…if it's a good one, it's made by Mr. RocKing…never work for free. RocKing Roll is positive fun created grooves including a bittersweet voice. Like a good drink."

Gigs come and go but my best jam was a spontaneous donation gig at a Retirement Home "The elven oaks" in Monrovia (LA). This was a USA charity jam...old fashioned Christmas RocKing Roll...with one of Lady Gaga’s people one the piano, awesome. My agent called in: hey in 20 min we have a donation gig with a great pianist; you will need 30 min in your car, so hurry up, go go go". He collected a lot of great musicians, so the jamming was real fun. You can see some Videos of this gig on my website. Some music side stories make me smile like: Jay-man one of my agents in L.A in the 80's he produced shows like fresh prince of Bel Air, Munster. He never stopped talking for one minute, every second a new idea but good at heart. Stress level 200 %

You can hear all the mem´s on my webpage choose Mr. RocKing and hear the best memories in my song lyrics.

But I think you mean the moment you wake up and something special is going on...Recording week...you sleep 3 hours, wake up and a Princess lying in the bed next to you, great ideas flying around, you jump in the studio, record the song and before the girl make's breakfast, I have recorded & written the whole song. To be in Love help´s a lot.

MISS? nothing - the future (I mean today) is the best for a pro musician and a real artist. Hopes: No War, No Money, Love everywhere, Richness for everyone... Fears: War, Money is nothing worth, Hate & Racism, poorness for everyone. 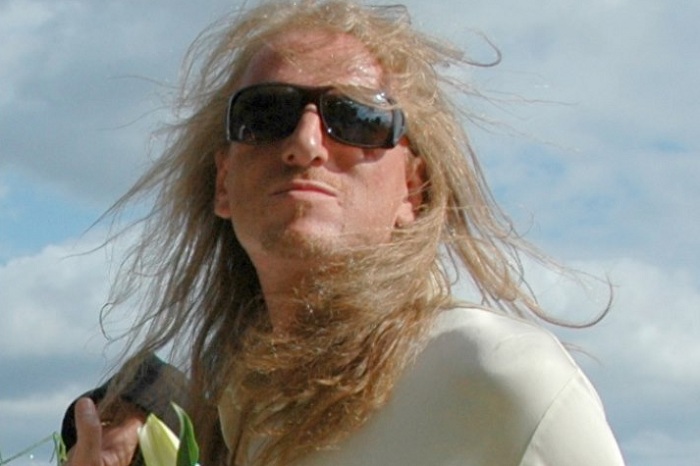 "My Agents told me I am one of the ten last Rock n’ roller in Germany who can pay his bills with own music and an art full life."

My best advice came from the Black Eyed Peas. In their song "I got a feeling" you can hear in the Lyrics: "Mr RocKing don't stop" thanks by the way. So, my advice to a new rock´n´roll generation: Rock on and watch your step (never work for free)!!

What are the lines that connect the legacy of Blues with Soul and continue to Funk and Southern Rock?

Modern time needs modern music. RocKing music is easy to understand. Groove and feeling of Mr. RocKing is the line. And for me is Blues, Soul, Funk & Southern Rock the Kick like drugs to my fans. I AM ADDICTED to this music styles. Good music is good music it's just a matter of taste.

Delete the Office/paper/ work, but I think: I would like to have a brain to studio device. That would make a first take musician fast as hell. Producing a whole CD in 45 Seconds.

Make an account of the case of Rock n’ Roll in German. Which is the most interesting period in local scene?

My Agents told me I am one of the ten last Rock n’ roller in Germany who can pay his bills with own music and an art full life.

Rock n' Roll dies & DJ´ing grows. Germany is a bad place for the Rock n' Roll. Being a musician is a hobby over here and most people don't take it serious, that's hard for the young ones. "Modern time needs modern music. RocKing music is easy to understand. Groove and feeling of Mr. RocKing is the line. And for me is Blues, Soul, Funk & Southern Rock the Kick like drugs to my fans. I AM ADDICTED to this music styles."

What are the lines that connect the legacy of Rock n’ Roll from States to German?

The early blues musician the ones round bout 1900, that played with unturned guitars and change the timing every second, but they were so extraordinary bluesy. Never recorded by majors but by music lovers. And for me it means: In the States I play my Rock n' Roll shows and  in Germany I script and do the songwriting for my show.

The Business routines, no one knows. To life the Rock n' Roll is daily an awesome experience. I script my new show "R.K.T.V." bout this theme, my new comedy rocking roll show is available 8/2014.

Emotionally touched me the musicians of Eagle Rock (Los Angeles) especially my best friend Dan Hanken Bandleader of "the Cosmic Squirrels "and the charity work they do every day. He for example, is playing every day in malls and restaurants and donates the money personal to the homeless people.

I'll take Dr. Who's time machine, so I would collect all members of The Band and travel to the beginning of time, to start with the Big Bang. I think the first day was the longest opener in the history of universe. Perhaps one million years long, enough time to play the ultimate blues session with the guys. 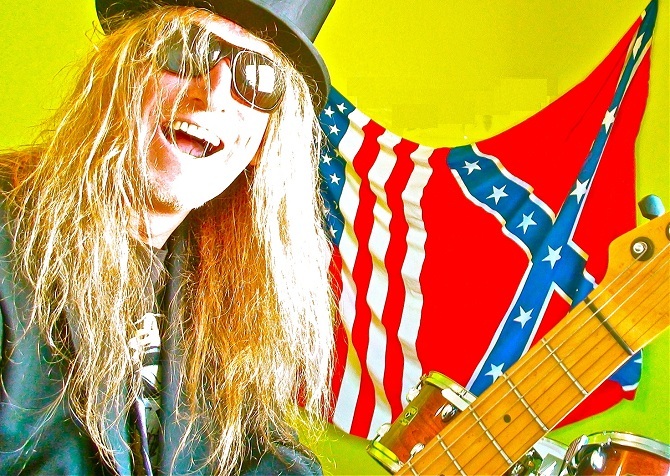