"Genres, to me, are just shades of color and I believe it's perfectly ok to mix tones and color outside of the lines."

Chris Sanchez is an island roaming, guitar slinging storyteller from Texas that has taken root in the Carolinas. The Chris Sanchez brand of music is a fusion of Blues, Folk/Rock and Alt. Country that connects to people and excites audiences through songs that are fun, eclectic and relatable. Chris' passion for exploring and adventure come through in every performance and are heard in every song. The characters come from very real places. Chris has made it his business to see as much as possible and to experience all that life has to offer. From his days as an off-shore fisherman to a certifiable vagabond, Chris has traveled from coast to coast and over oceans wide to gather the stories that are now the songs heard at every show. Chris has found a musical home and a host of top notch musicians in the Carolinas. Helping with the heavy lifting at shows is a jumping rhythm section, tasty guitar and a sultry saxophone. Chris brings the songwriting, guitar and vocals to the table with sincerity, skill, and honesty. An accomplished blues player and balladeer, Chris brings you the soul with electric and slide guitar along with warm and groovy tones from his Martin night after night. Sanchez has found an ever evolving sound that borrows from every corner of the musical spectrum to create something exciting and new yet warm and familiar. The Sanchez sound began to form while Chris "cut his teeth" playing Blues, Rock, and Indie/Alt. Country in West Texas then later in the Dallas/Fort Worth Metroplex, Austin, the Texas Hill Country and surrounding areas in venues large and small. Chris later spent three years in the Cayman Islands, soaking up stories, rhymes, and rhythm that profoundly impacted his songwriting and style. Chris' genre bending style further developed while traveling and performing from New York to Florida, Havana, Cuba to California and finally home to the Carolinas. The Chris Sanchez Band has shared the stage with Sister Hazel, Chelsea Bain, Ted Nugent, Styx, Survivor and REO Speedwagon.

How do you describe Chris Sanchez sound and songbook? What characterize your music philosophy?

The Chris Sanchez sound is essentially Americana. Nothing is too over-produced and "shiny". It is important for the songs to present a mood/vibe and to do what they do without too much interference from the performance. Much of the material is rooted in different backgrounds - Blues, Reggae, Country, Folk - but there is a common thread of direct simplicity.

I have been fortunate to have many diverse experiences and I hope the most interesting period is yet to come! I find the evolution of all people to be interesting. The growth and development and the changes people go through are fascinating. I suppose the stories from my days on fishing boats seem to pop up most around campfires.  I love tales of adventure! 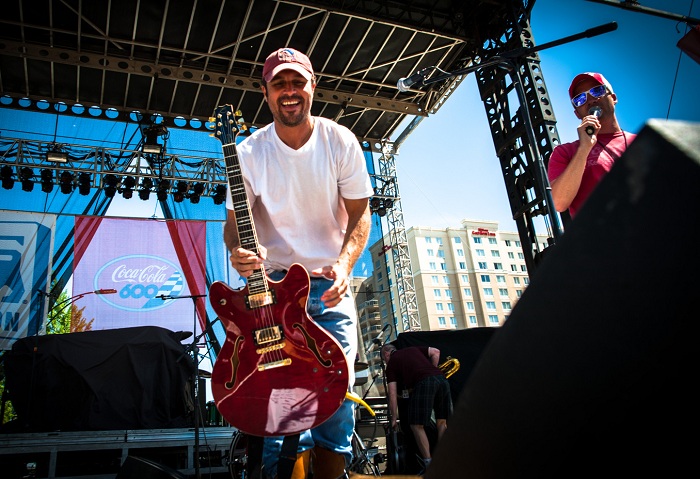 "I don't miss anything from the music, per se. Great music is always being made and performed and that will never stop. However, artist development seems to be a thing of the past."

The best jam was at the Seaview Hotel in Grand Cayman. There was a great mixture of the pros from around the island and people just having a good time. On one particular Wednesday night around midnight, about 10 or 12 of the best musicians on the island were jamming "The Thrill is Gone" by B.B. King. I was on electric guitar. There was a drummer, a bass player, two classical guitar players, a saxophone, a harp player, a didgeridoo and all kinds of percussion and it sounded amazing. I looked around at all of these crazy instruments jamming on a Blues standard  and thought this has to be the coolest version of this tune, besides B.B. King, that I had ever hear! That night stands out for sure.

I had the great pleasure of meeting and performing with trumpet player, Louis Gaska (Grateful Dead, Van Morrison, Janice Joplin fame) and he told passed along some very helpful advice. He told me not to play for the other musicians in the crowd or to compare myself to others. He also told me to be grateful for getting to play for a living no matter what the gig entails and to always give the people the best that I have.

Are there any memories from the Cayman Islands and Havana, Cuba which you’d like to share with us?

Grand Cayman is home in my heart. I still have many dear friends on the island. Havana was vibrant and alive. I could always sense the great possibilities just underfoot.  It's a bit like the wild west of generations ago in America. Walking back to the hotel one night around 3 a.m., a boy asked if we were hungry. When I told him we were, he quickly shuffled my friends and I into a parlor room inside of his family's home. I felt a little weird as the family was summonsed and a makeshift restaurant was put together. I later found out that this was a common yet very illegal occurrence for Cubans to make extra money. It was one of the finest lobster dinners I have ever had! 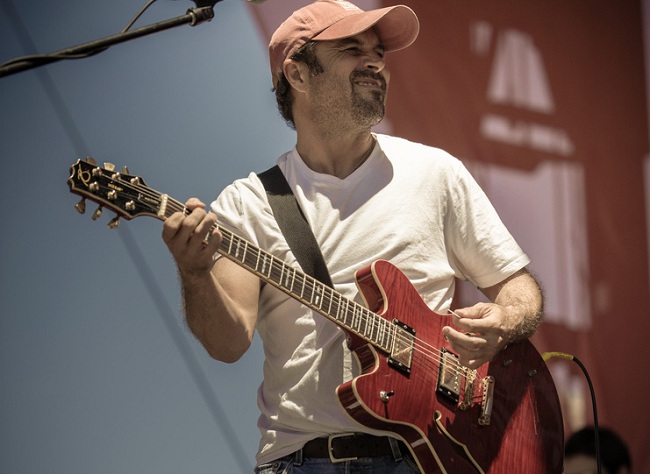 "The Chris Sanchez sound is essentially Americana. Nothing is too over-produced and 'shiny'. It is important for the songs to present a mood/vibe and to do what they do without too much interference from the performance."

I don't miss anything from the music, per se. Great music is always being made and performed and that will never stop. However, artist development seems to be a thing of the past. If a writer or an artist can't turn an instant profit, he or she is cast aside for the instant return and I believe that is often at the expense of quality in the work.

That Disney didn't own everything and there was a more even playing field for artists to break through and get airplay on major radio. Disney owns Clear Channel which in turn, controls the airwaves.

Which memory from Ted Nugent, Styx, Survivor and REO Speedwagon makes you smile?

When I finished my set, I received a standing ovation from the crowd. That was terribly validating and humbling. The gods were smiling on me that day.

What are the lines that connect the legacy of Blues with Folk/Rock and continue to Indie/Alt. Country music?

I think the connection of the Genres comes through the artists and writers. When there is honesty, integrity and vulnerability in the work, a connection happens with the audience through what they relate to. Genres, to me, are just shades of color and I believe it's perfectly ok to mix tones and color outside of the lines. When this happens, something new happens and I suppose you have to call it something. Indie/Alt Country is as good a name as any other!

From the musical point of view what are the differences between Texas, Carolinas and the other local scenes? 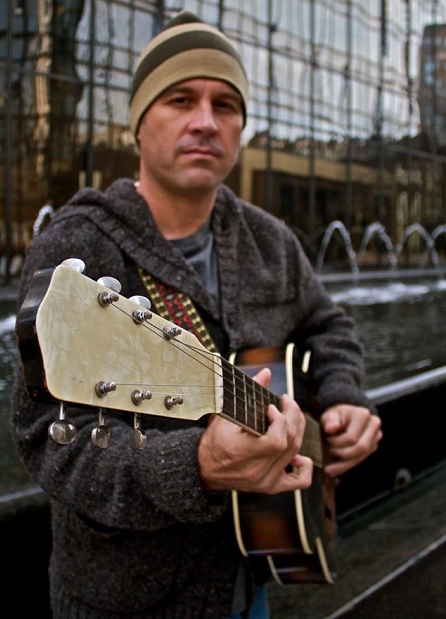 Texas is less concerned with slick production, age and appearance than maybe the Nashville scene and the Carolina's is very steeped in the old time traditions of Folk as well as the great traditions of the Piedmont Jazz scene. Texas certainly has traditions; they are just not as revered as they are in the Carolinas.

"I have been fortunate to have many diverse experiences and I hope the most interesting period is yet to come!"

I'd like to hang out in New York for the day with Oscar Wilde around 1888 and go to a baseball game.