"I think that the reason the blues has such a devoted following because it's so truthful and down to earth music. There no more pure music than that. It's straight from the heart and soul. And that touches people."

Dylan Salfer is a new kid in the blues world. A 15 year old blues prodigy or an up and coming blues guitar great. Come out and see him and decide for yourself. He has played many venues in Minnesota, Florida, Chicago, and Memphis. Dylan has also played on stage alongside blues greats such as James Cotton, and the list, keeps growing. Born in Minnesota and raised in the gritty and tough streets of Riverfalls, Wisconsin. This has formed him into a pint size blues guitarist with size 12 shoes who is ready to stomp and jam with the best of them. 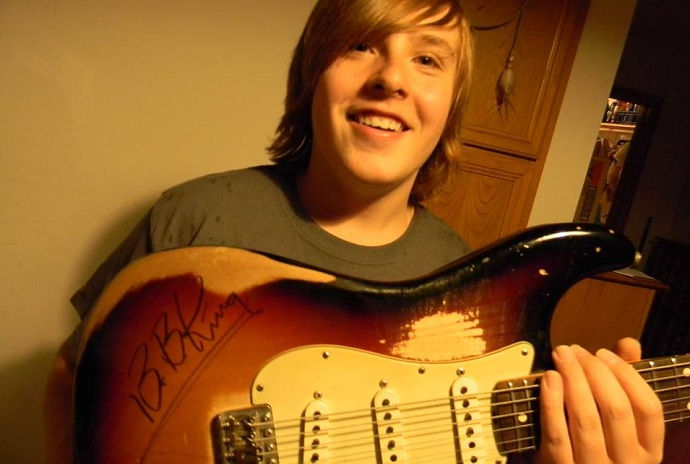 "What I miss most about the blues of the past is the people, like Muddy Waters, Howlin Wolf, Elmore, T-Bone, and people like that. And just how raw and truthful the music they played was."

When was your first desire to become involved in music? From whom have you have learned the most tips about the blues?

The first time that I really was introduced to blues music I was actually playing guitar for about a year and a half or two years, at the time I was mostly into "old school" metal like Black Sabbath and people like that. Then my dad's birthday was coming up one time and I asked him what he wanted for his birthday and he told me that he wanted me to learn Stevie Ray Vaughan's version of "The Sky Is Crying" and I had taken the time to learn it note for note off the studio album, and what really sealed the deal was later that year my grandparents had taken me to the Bayfront Blues Festival in Duluth Minnesota and that's when I fell I live with blues. And the person that has helped me the most with tips about playing blues is Jimi "PrimTime" Smith out of Minneapolis. He is my "father in blues" and I owe a lot to him. He has helped me more than he could imagine.

I've learned to stay true to myself and to others, because the blues is the truth, it's raw, and it's to the point. Your telling the truth and experiences when singing or playing the blues. But it's not really what I learn about myself it's what I learn about others from the blues, I learn where they are coming from, what they have been through, and what they have to say about all of it. And the blues means everything to me, literally. I have found out that the blues is not just something you do or hear, it's who you are. It's a lifestyle, I live the blues, and the blues lives me.

How do you describe Dylan Salfer sound and songbook? What characterize your music philosophy? 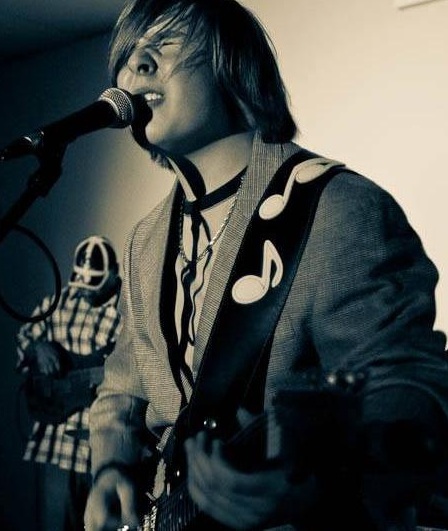 I describe my sound as everybody I've ever heard put into a melting pot, or maybe like a bowl of stew or something, it's all crammed in there, all these different sounds from everybody that's ever influenced me and I take a spoonful from over here and over there and come out with this blended sound of everything, you might hear Some Jimi Hendrix and some Joe Bonamassa and some Robert Johnson in this spoonful or Muddy Waters, and Howlin Wolf, and BB King in this spoonful, or John Mayer, and Robert Randolph in this spoonful, but it's different, even though I might be playing some of the same licks as some of these guys have played, I play it differently, with a twist. That's more how I make it my own sound. I also like to really think outside the box, Jimi Hendrix is a huge influence of mine, and he thought way outside the box. And I like to surprise people by playing stuff that is way outside the box and wild and come up with all new sounds that people haven't heard before, I really try to push the limits a lot with how I play. I try to be as creative and open minded as I can, never to stop learning, because as soon as you close doors and stop learning or listening there isn't a point in doing it anymore because you'll never improve.

I think that the reason the blues has such a devoted following because it's so truthful and down to earth music. There no more pure music than that. It's straight from the heart and soul. And that touches people.

There are many, But a few that stick out are when I got to play with James Cotton and his band, he is one of the greatest bluesmen of all time, and has influenced me so much, and it was really a dream come true to get to play with him. Most people would think that that would be my favorite one but my all-time favorite gig has to be with my band "The Dylan Salfer Trio" I have the best drummer that I have ever played with and could ever ask to play with Andy Boterman as well as the best bass player I have ever played with and could ever ask to play with, Tyson Bell, son of harmonica player Carey Bell, and I mean that. These guys are some of the most talented and amazing musicians on the planet, and my two best friends. I love these guys dearly. Tyson is like my second dad, he is always there for me, and looking out for me, and supports me in everything I do. And when it comes down to it, no memory will ever make me smile more than playing with those two guys. 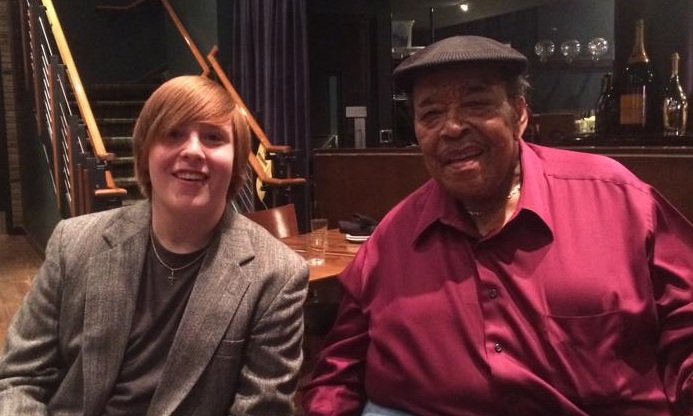 "I've learned to stay true to myself and to others, because the blues is the truth, it's raw, and it's to the point. Your telling the truth and experiences when singing or playing the blues." (Photo: Dylan & James Cotton)

Are there any memories from James Cotton and BB King which you’d like to share with us?

My best memory with James Cotton was actually not even when I got to play with him, it was when we were sitting down talking before the show and he complimented these boots I was wearing, and we started talking about boots and clothes and he liked that I dressed like a southerner, because he lives in Austin, Texas. That was my favorite memory with James because I got to know that he is really such a down to earth guy, and very honest and kind human being. And my favorite memory from BB King is when he was talking to me he held my hands in his, I've never been more nervous in my life, he was just the most true spoken and down to earth guy.

From the musical point of view what are the differences between: Wisconsin and the other local scenes?

We'll even though I live in Wisconsin I am only 20 minutes away from Minneapolis Minnesota by car, I'm just right over the border from Minnesota, so I don't really know much about the Wisconsin scene because where the Wisconsin scene is really going on is in Milwaukee and that is about 4 and a half hours away from where I live so I don't really go out there. I can say that the Minneapolis scene is absolutely amazing though, there are so many absolutely outstanding musicians there it's unbelievable, and Minneapolis has it's own sound too, there's Texas Blues, there's Chicago blues, there's British blues, and there is Minneapolis blues believe it or not.. In my opinion Minneapolis is the best kept music secret in the world.. You have to come here to find out what it's all about! 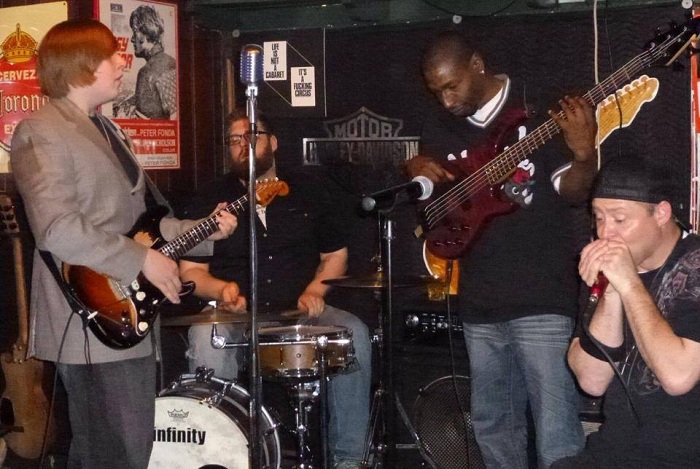 "I try to be as creative and open minded as I can, never to stop learning, because as soon as you close doors and stop learning or listening there isn't a point in doing it anymore because you'll never improve."

Again the most important meetings I've ever had are meeting Tyson Bell, and Andy Boterman. I wouldn't be where I am, or be the musician I am without those guys, I owe everything to them. The most important advice given to me was by BB King, when I met him he held my hands and liked me in the eyes and said "Stay True to yourself, and who you want to be, and don't let anybody get in the way of it" I live by that advice.

What I miss most about the blues of the past is the people, like Muddy Waters, Howlin Wolf, Elmore, T-Bone, and people like that. And just how raw and truthful the music they played was.

People taking advantage of musicians, whether it's stealing there songs, or roping them off money wise. It's not right, that's what I hate about this business.

One of two places, either Woodstock 69' to see Hendrix, or Alpine Valley 1990 to see Stevie Ray Vaughan's Last concert. Because those two guys are two of my biggest influences in music and in life. 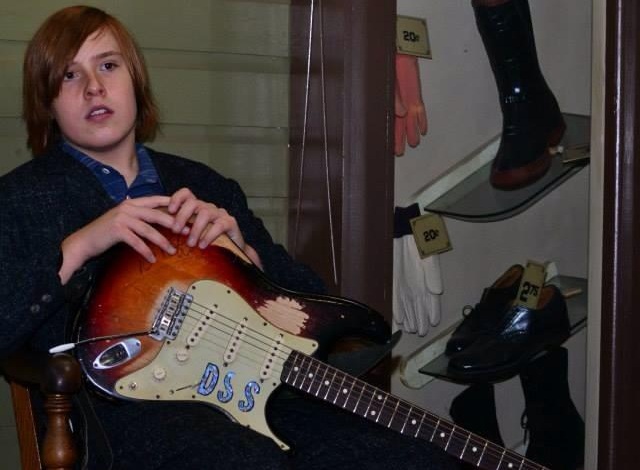