"The Blues is the way I express myself  by the way I bend a note and make it cry, it’s the way I’m feeling what the song is meaning to me or saying."

Jim Weider, a master of classic telecaster guitar, is renowned for his rock and blues-based signature sound. He is among a select group of musicians with an endorsement from Fender and, for the past three decades, he's earned enormous respect from fellow musicians and music fans throughout the world. Born and raised in the famed arts colony of Woodstock, NY, Jim received great acclaim during his long tenure (1985-2000) as lead guitarist (replacing Robbie Robertson) for Rock 'n Roll Hall of Fame inductees, The Band. During 15 years of international touring with original members Levon Helm, Garth Hudson and Rick Danko. Jim furthered his reputation as a versatile and talented guitarist in performances and recordings with Scotty Moore, Keith Richards, Graham Parker, Taj Mahal, Mavis Staples, Hot Tuna, Bob Weir/Rat Dog, Kim Wilson, Paul Butterfield, Robbie Dupree, among many others. 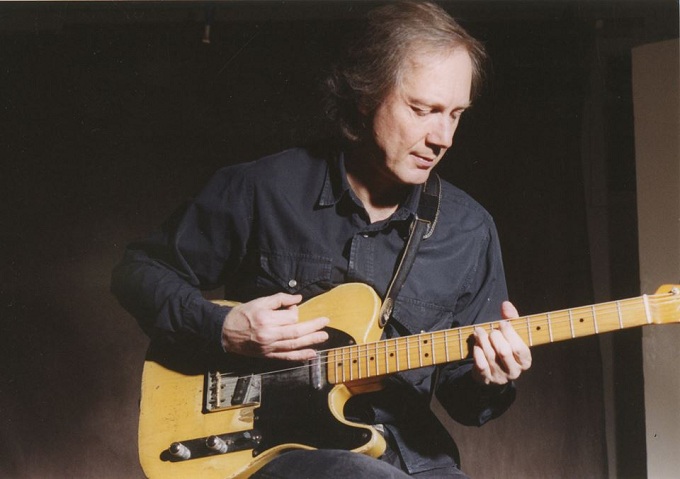 He recorded and filmed All The King's Men, Scotty Moore's Sweetfish Records release. Five 2000 and 2001 releases showcase Jim's songwriting talents, including Kenny Neal, Deborah Coleman, Bill Perry, and Mavis Staples. In addition to touring with The Band, Jim has fronted his own bands since the late 1980s and released his first solo recording of "Many Rivers To Cross" in 1993. Remedy, Jim's second recording with his band, features eight of his originals, including the title cut (first released on The Band's Jericho CD). Jim recieved the 2005 W.C. handy Award winner for co- writing Mavis Staples hit single and cd title song” Have-a-Little Faith”, Jim has written songs and produced for many artists also including The Band’s top ten hit “Remedy”. For Homespun Video, Jim has produced six of the internationally distributed company's bestselling instructional video tapes/DVD's : Get That Classic Fender Sound, Rockabilly Guitar, Electric Country Blues, and his 2000 release, Basic Licks and Classic Solos for Electric Blues Guitar.

The Blues is the way I express myself by the way I bend a note and make it cry, it’s the way I’m feeling what the song is meaning to me or saying.

How do you describe Jim Weider sound and songbook? 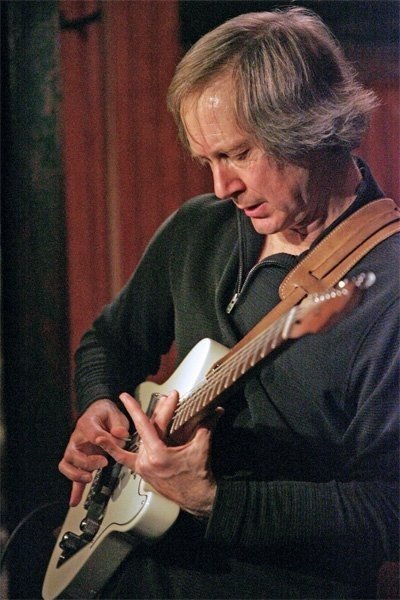 Roots Rockin Roll with R&B influences, from Country to Blues and Rock in Roll.

Hard work memorizing parts and getting the right feel!

"If you’re going to play, play with all your heart."

It’s all interesting I keep trying to come up with the Big Note!!

When I Joined THE BAND 1985, and Losing my fellow Musicians.

Bob Dylan, the Band, Dr. John plus Clarence Clements and more that I can’t remember on one stage at the Blue Jean Bash for President Clinton.

If you’re going to play, play with all your heart.

Are there any memories from the Band and Scotty Moore which you’d like to share with us?

That was a high point for me as Scotty was the first guy to inspire me to play the guitar.

What are the differences between: Tele and the other axes? 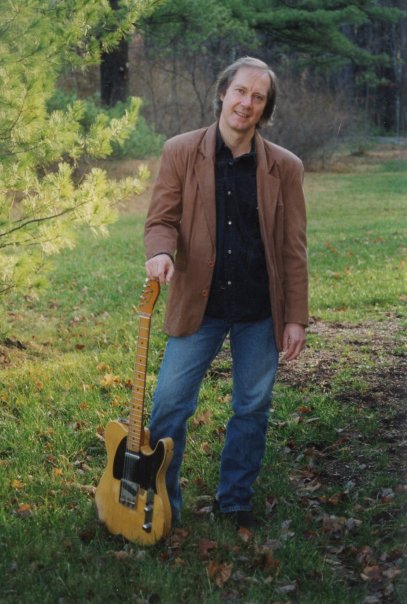 The Tele makes you work harder to squeeze a note out which makes you play a little different.

What are the secrets of Fender Telecaster?

You can play any kind of music on them just have to learn how to control it the tone is in your hands.

I’m still doing that music with that kind of attitude.

I like to play Live, and I just released a new Live Blues Cd and plan to write a new Solo Cd this year.

More live gigs in the USA so young people have a place to work on their instruments.

The power and joy they put into everynote they played.

Go down to Memphis TN and to Arkansas where it all came from in the 1950’s. 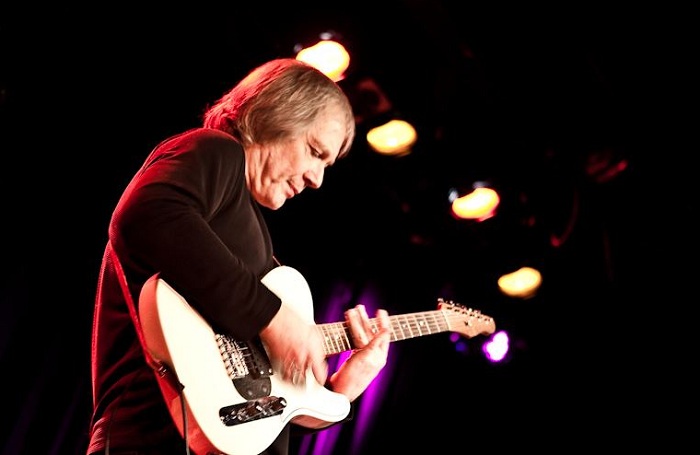