Interview with harpman Rob Stone, blues with love and respect for the tradition at the heart of the music

"Because it (Blues) connects with people on an emotional level and gives expression to pain and joys that we all feel in our lives. I wish for blues music to stay alive without ever losing its own roots."

Rob Stone: Nothing But The Blues

Deeply rooted in traditional blues yet delivering high-energy houserocking performances that kick with a thoroughly contemporary impact, harp-playing vocalist Rob Stone is one of the busiest young bandleaders on the Windy City blues scene. His skin-tight band, the C-Notes, is comprised of blues veterans of the highest caliber that seamlessly support Stone’s blasting harmonica and cool, streetwise vocals. 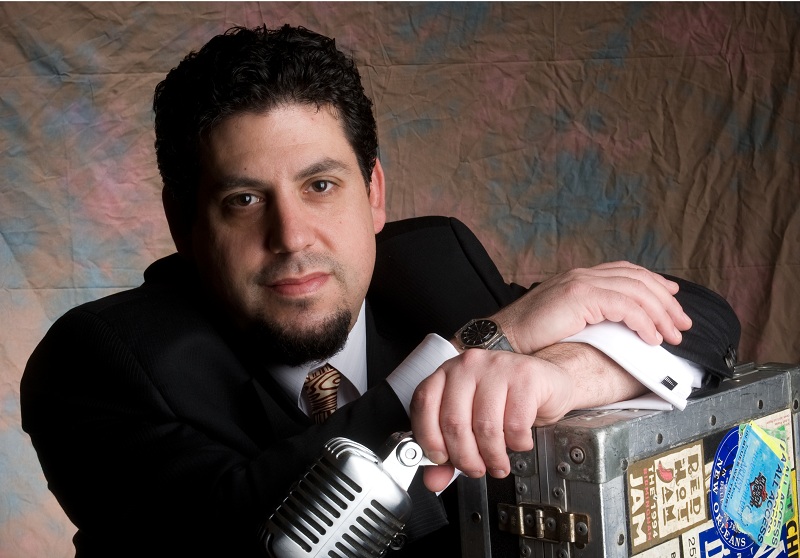 Stone has made three well-received albums as a leader (Back Around Here was preceded by 1998’s No Worries and 2003’s Just My Luck which was nominated for a Chicago Music Award in the Best Blues Album category). Stone got started on his harmonica-blowing odyssey at age 18, when he slipped into a blues joint in his native Boston to check out harp great Charlie Musselwhite and was instantly transfixed. Before long, Rob was learning the finer points of the instrument from ex-Muddy Waters mouth organ maestro Jerry Portnoy and playing regularly with Rockabilly legend Sleepy LaBeef. Relocating to Colorado in 1990, he got his feet wet playing with biker bands on the smoky bandstands around Colorado Springs. Then in ‘93, legendary drummer Sam Lay invited the young harpist to sit in with his combo, leading to a job offer and a move to Chicago the next year. Touring internationally with Sam Lay for four years introduced Stone to blues fans worldwide.

Along with guitarist Chris James and bassist Patrick Rynn, Stone formed the first incarnation of the C-Notes in 1998. Though he remains strongly committed to blues tradition, Rob is clearly his own man, a vibrant singer and instrumentalist boasting his own very distinctive sound, and his repertoire is loaded with terrific original songs.

How do you describe Rob Stone sound and progress, what characterize C-Notes music philosophy?

We play blues––it is that simple. I most enjoy the music and musicianship of the great Chicago bluesmen and women of the 1940s and 50s. So our music tends to reflect this style. However, I also love blues from earlier and later periods and from other regions of the country––as well as soul and R&B. So all of these styles are influential to some degree. 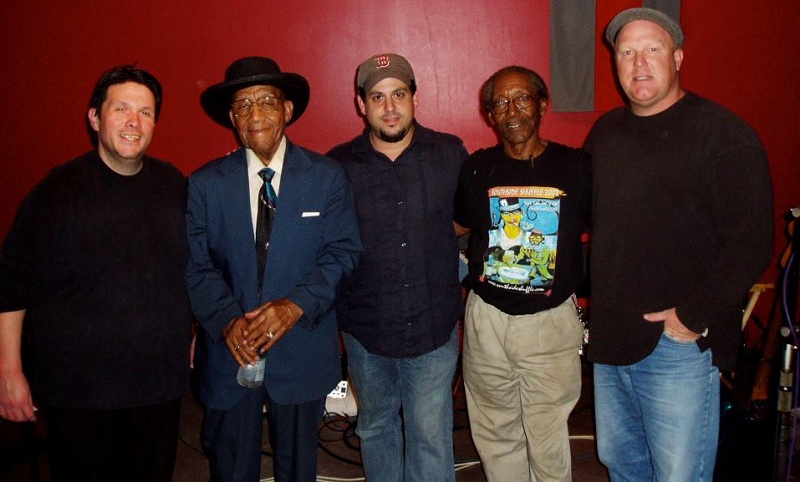 My favorite thing about blues music is that it is really all about finding the good in life even when life isn’t so good. “Looking up from down,” someone once said. So I suppose blues music has taught me to look beyond the bad days and difficult times in life in a hopeful, optimistic way.

I don’t know that I am a good bluesman or songwriter. But all of my experiences have an impact on my playing, singing and songwriting.  Everyone has challenges, regrets and hard moments in their lives––I think that is what makes blues music so relatable to so many people.

I don’t know that there are many secrets to blues. The biggest secret is really no secret at all: be yourself and play music that feels true and honest o you. 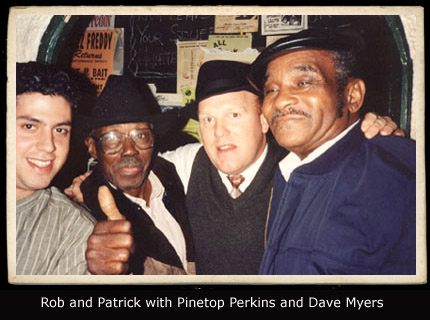 What do you miss nowadays from the “OLD CHICAGO BLUES”? How has the Blues changed over the years?

I suppose, like anything, the music has changed over the years based on all sorts of things. Certainly it has been influenced by rock and roll music—which is funny because rock was originally influenced by blues. I guess I miss the opportunity to go out and see the older guys perform and learn from them. The first generation Delta and Chicago musicians played in unique ways. Their musicianship was top notch and as they have died, so has their way of playing.

What are some of the most memorable jams you've had? Which meetings have been the most important experiences?

I feel lucky to have been around all of these great musicians and so many others and they have all taught me a lot of important things about life and music. I think what I find most memorable about all of them is their perseverance. They never stopped playing music no matter how hard it was to make a living. I also think that music kept them all young at heart.

Do you know why the sound of harmonica is connected to the Blues? What are the secrets of blues harp?

The harmonica really allows for a lot of expression because it has a very vocal-like quality to it. This, I think, creates an emotional response for listeners. There really aren’t any secrets––many people think there is a secret amplifier or harmonica or microphone. But the only secret is to practice a lot and listen to lots of players! 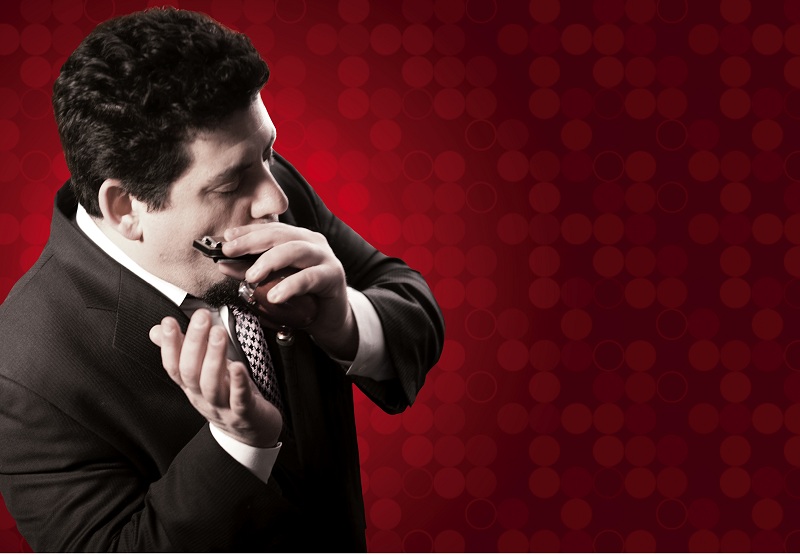 What are the lines that connect the legacy of Little Walter, Sonny Boys with Paul Butterfield and Charlie Musselwhite?

All of these guys brought (or bring in the case of Charlie) their own voice to blues music. Charlie has been growing strong for about 50 years!  John Lee “Sonny Boy” Williamson popularized harmonica playing, wrote great songs and influenced countless players like Little Walter who did things with the instrument that nobody has ever been able to surpass. Rice Miller (Sonny Boy II) had a unique and powerful style that still influences players today, and Paul Butterfield took his take on their music and expanded to audience into white clubs––many of whom had never heard blues before.

Do you remember anything funny from the recording and show time with your partners C-Notes?

Too many memories to recall in the studio, on the road, and just hanging out. We are like brothers––we respect each other and look out for each other and love working together. Over the years we have experienced countless funny moments. I remember getting lost backstage once right before we were supposed to go on stage in Osh Kosh, Wisconsin!

Because it connects with people on an emotional level and gives expression to pain and joys that we all feel in our lives. I wish for blues music to stay alive without ever losing its own roots.

I’d like to go to Chicago in the early 1950s and see Little Walter perform with the Aces––Louis Myers, Dave Myers and Fred Below! 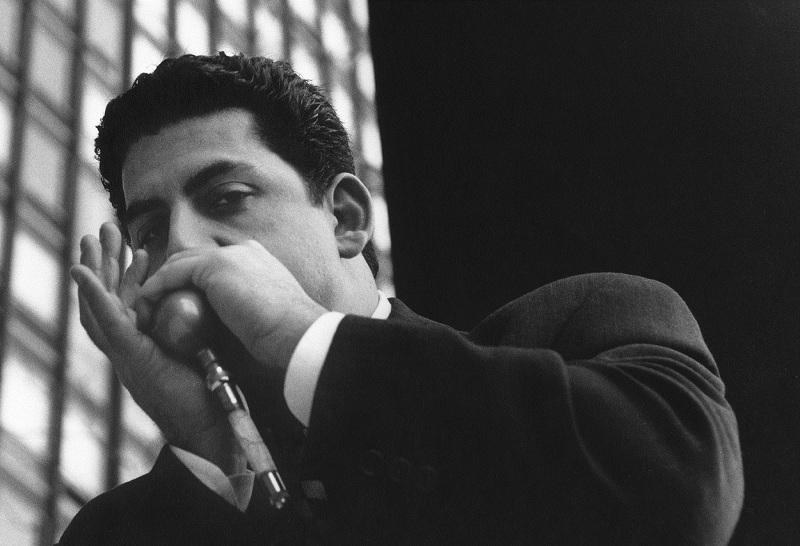