"It is (Blues) an art form that should be respected. In its purest from, you need to have been born at the time and at the right place to appreciate fully."

Saiichi Sugiyama: The Flame Of Soul

England-based Saiichi Sugiyama is a "musician's guitarist", has been playing the Blues Circuit for over twenty years. Being an unlikely keeper of the flame for that illusive late 60s British Blues and its Gibson Les Paul sound, Sugiyama has collaborated with the Cream lyricist, Pete Brown over two albums working with likes of Clem Clempson and Zoot Money. Saiichi Sugiyama, a guitarist and songwriter, was born in Tokyo but has spent most of his life in England. He first exploded onto the London blues scene in 1989 with Creamy, formed by the ex-Graham Bond drummer Paul Olsen, who paid homage to the music of Cream.                              Photo by Al Stuart 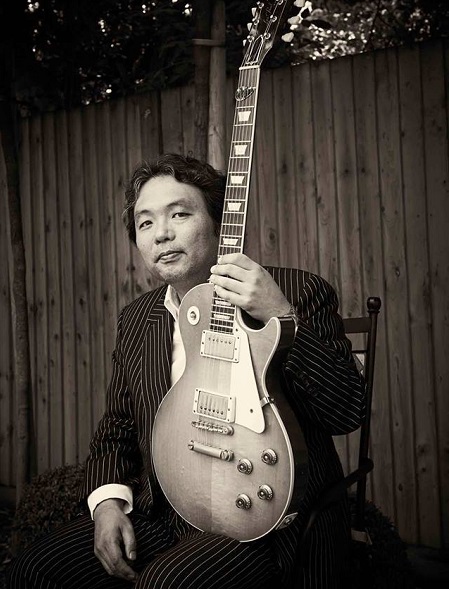 His solo career with original music soon followed in the early '90s with his eponymous debut album in 1993. Collaboration with Pete Brown started in 2001 after Brown saw Sugiyama play at their mutual bassist’s party in Kilburn. Brown began singing with Sugiyama’s band on stage which led to releases from a Japanese label including the 2004 album “So Am I” which featured 14 Brown-Sugiyama original tracks. This was followed by a compilation album “Saiichi” released at the time of Cream’s reunion concerts at the Royal Albert Hall in 2005, featuring Brown-Sugiyama compositions as well as Cream and Beatles covers which had been previously released in Japan as part of compilation albums. Sugiyama performed with Brown at the CD launch held at London after the conclusion of the final Cream concert. Saiichi Sugiyama Band’s live-in-studio album “The Smokehouse Sessions” featuring Rietta Austin on vocals received general critical acclaim and marked Sugiyama’s return to recording studios. Saiichi Sugiyama Band’s forthcoming album “Night Indigo” is scheduled to be released on June 2015, will feature 11 original tracks.

This is very philosophical… It is an art form that should be respected. In its purest from, you need to have been born at the time and at the right place to appreciate fully. Al I can do is to learn and internalise the blues vocabulary and use it as one of the tools in constructing my own music. I do not feel that I am qualified to replicate the blues in its pure form, because that will only end up as mimicry.

How do you describe Saiichi Sugiyama sound and progress, what characterize your music philosophy?

My sound is partly what I studied carefully and partly what comes from my inner self. I am not sure if it is progression or regression, but as I got older, I am getting a lot easier to be spotted with just a couple of lines on my guitar and a couple of bars of my composition. They always sound the same – but I take comfort in the fact that it was like that with all the older players – BB, Albert, Freddie, Buddy Guy, Albert Collins. My music philosophy is that however it is pigeonholed by the industry, good music should touch soul. 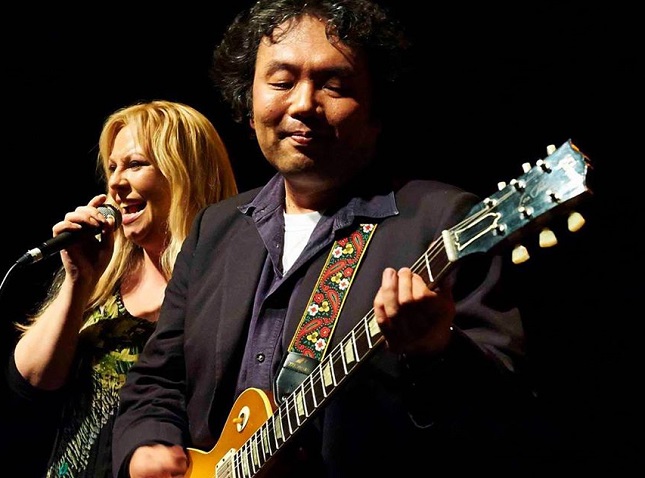 "Real music does not date and continues to exist away from their creators."  (Photo by Al Stuart)

The songs come when my mind is empty and I am open to the wider world. It’s almost like listening to whatever is going around me in the invisible world and trying to catch a glimpse of fleeting melodies in the air. Once you caught it, you let it germinate and you build on it in a more earthly way to turn it into a song.

Right now. I have a new album that I am finishing which I think is the best work I have ever done. If this comes through, that will the best moment in my musical career and if it fails, that will the worst moment of my career.

Emotions are easily accessible in pentatonic with a couple of blue notes thrown in, particularly when it is delivered by the masters.

I sometimes draw strengths from my memories of the sessions for my album “So Am I” in 2003 when I had all those wonderful people – and I had so many –making my vision a reality, but I would prefer not to dwell too much in the past and reminisce. Hopefully, the best is yet to come. 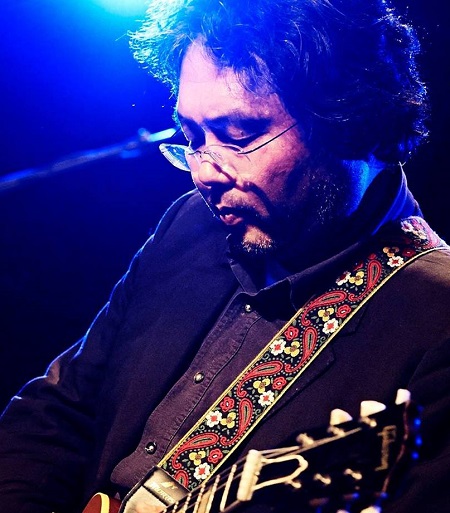 I don’t know yet. I will wait and see.

"Al I can do is to learn and internalise the blues vocabulary and use it as one of the tools in constructing my own music. I do not feel that I am qualified to replicate the blues in its pure form, because that will only end up as mimicry."

There is no such thing as music of the past. All music down to pieces from baroque period to 2000s is still very much alive and current. The composers and players might be gone, but that does not in my view make it of the past. Real music does not date and continues to exist away from their creators.

Just the mention of Paul Olsen’s name makes me smile. He is such a character. Yardbirds, I supported but never spoke with them (other than with John Idan, who I knew before he joined them). Stan Webb – I just supported him and never spoke with him. His loud Marshall 100w half stack on stage was what stuck to my mind. Zoot (Money) - oh yes, what a wonderful person. He gave me so much encouragement when I was feeling quite vulnerable. My son will always know him as Uncle Zoot. Pete Brown – the last but definitely not the least. He is my mentor. I learnt so much from him about music as well as about life. He is such a wonderful human being. I owe him so much.

What are the lines that connect the legacy of Blues from States to London and continue to Japan and further?

Music fans. These are wonderful people who gave so much of their time and energy and more importantly, their heart so freely to the music. They are so doggedly determined to find out all about the music they like. It is so humbling that they take interest in your music. I feel that I am not worthy of them. You find them wherever you go in the world. Where would all the musicians be without them? They can live in totally different world from each other and yet they all cry when they hear Ray Charles singing Georgia on My Mind. 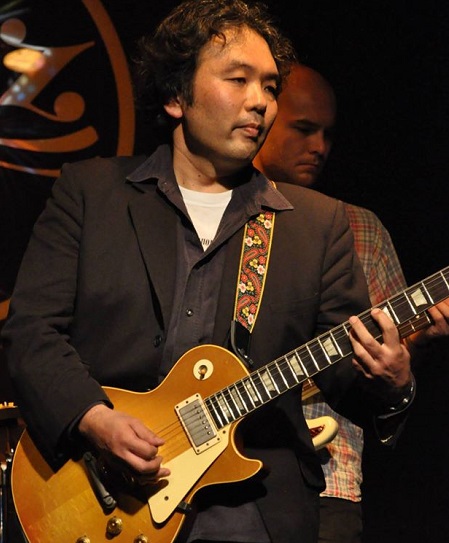 Get rid of the music business and just keep the music.

"Emotions are easily accessible in pentatonic with a couple of blue notes thrown in, particularly when it is delivered by the masters." (Photo by Steve Dulieu)

What has made you laugh lately and what touched (emotionally) you from the British blues circuit?

The fact that after 35 years in Britain, I was still being described as an international guest on a British Blues compilation album. That made me laugh although I did not let me touch me emotionally.

It will be very interesting to see how the universe came to be and how life started, if the time machine can go that far!