"The blues is the truth. It is an honest look at the world through the blues artists’ eyes. The blues deals with all subject matter, serious and fun, but it is blunt and honest."

Rachelle Coba from Wichita, KS, plays a Fender Stratocaster with her fingers, adapting the finger-picking techniques she learned while earning her B.M. in classical guitar into a powerful and distinctive rhythm and lead blues guitar voice. Her innovative finger picking style and soulful, riveting vocals help get her “new school of blues” out to be heard. Rachelle was introduced to the blues by Buddy Guy as a teenager and was suddenly in the blues world. She since has built a career of playing for many years as a side-woman, band leader and solo performer. 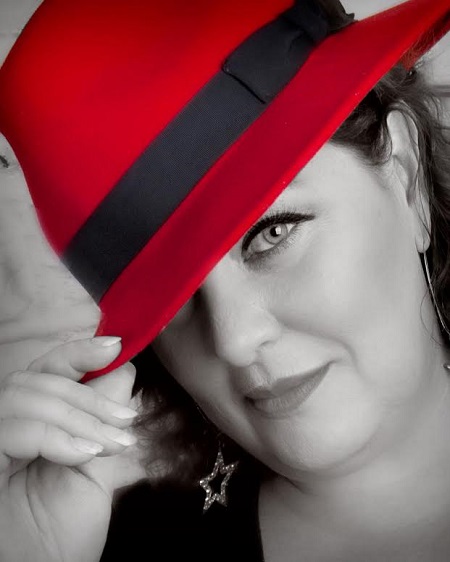 In the past year alone she has backed up such high-octane blues luminaries as Albert Castiglia and Super Chikan, toured as music director for blues giant Matt Murphy, toured Australia, and appeared as Special Guest on the October 2013 Legendary Rhythm and Blues Cruise. Much in demand for her jaw-dropping guitar playing, Rachelle also just happens to sing circles around every woman blues singer out there--with the possible exception of Bonnie Raitt. And she’s played with everyone, from Maria Muldaur to Buddy Guy. Her songwriting is world class. Rachelle represented the Topeka Blues Society as a solo performer at the International Blues Challenge in 2013 making it to the semifinal round in Memphis, Tennessee. Previously Rachelle and her band placed first at the Wichita Blues Society’s 2011 Blues Challenge. (She last won in 2009 as a solo performer.) This distinction additionally qualified her to compete again in the IBC 2012.

MOTHER BLUES, Rachelle Coba’s debut solo album, showcases a talent so fully formed it’s hard to believe this album constitutes her maiden voyage. But then, Rachelle’s been schooled by the best--including herself. Rachelle has sung and played the blues for audiences from the Florida Keys to NYC to LA. Rachelle brings her national touring and teaching experience to local club performances and guitar lessons/workshops.

How do you describe Rachelle Coba sound and progress, what characterize your music philosophy?

I am always looking for something new. It keeps things interesting and keeps me in the mentality of a student. There is a lot of music in the world to listen to. Right now is definitely an interesting time. I have spent many years playing in other bands and writing and doubting myself. I have finally had the opportunity to record a CD of my material and it has done better than I imagined. I am currently nominated for a Blues Blast Award for Best new Debut CD release.

"The best advice I can say is they told me to play from my heart. All of the other stuff doesn't matter, just play from your heart."

The blues is the heart of music. So many genres have been born out of the blues. The basic rhythm of the blues is so similar to a heartbeat. We have to relate to that. We heard it in our Mother.

Hmm Best Jam… There have been so many it is really difficult for me to decide. I love to jam at Red’s Juke Joint in Clarksdale, Mississippi. You never know who will show up. I jammed with Marcia Ball by the pool on a Blues Cruise too. That was awesome, love her!

Some Memorable gigs for me are B.B. Kings in New York with Grady Champion, Randy McAllister and Johnny Winter. Also, the very first time I called my band The Rachelle Coba Band. We played until 5 am and nobody would leave the club. That was an unbelievable night.

I met Buddy Guy when I was 19. He would travel down to Florida quite a bit back then. He was cool with me and he knew I was painfully shy and quiet. He kept asking me to sit in and he waited until I didn't completely refuse to call me on stage. I felt as if something from another world took over my hands and it was not me playing. I’ve been really fortunate to have met and played with many people that are my heroes, so many musicians that change people lives with their music and they heal people. The best advice I can say is they told me to play from my heart. All of the other stuff doesn't matter, just play from your heart. 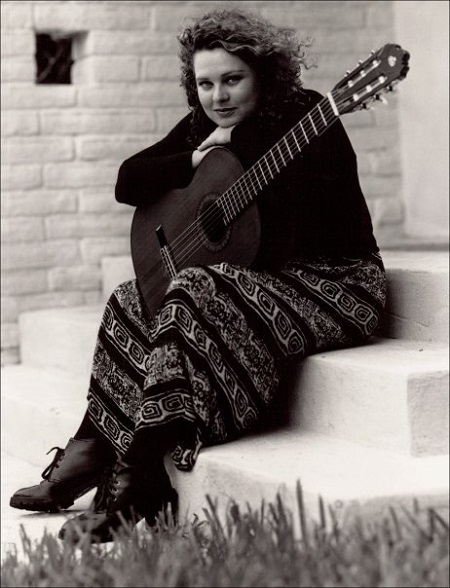 I love it. I love to make music. Recording is so cool because you can listen back. Most of the time, music is lost in the air.

"There is no comparison from the past and today. We are in a world where things are constantly changing and evolving and the blues reflects that as well."

From the musical point of view what are the differences between: a solo act and electric blues Band?

There are many obvious differences, but as a guitarist, my technique changes. I play a lot less guitar in my band. To me, a band is a unit, not just drums and bass added to the existing guitar parts.

There is no comparison from the past and today. We are in a world where things are constantly changing and evolving and the blues reflects that as well.

Jr. Wells and my father shared a drink backstage onetime. That was pretty cool.

Do you know why the finger-picking technique is connected to the blues? What are the secrets of fingerpicking?

There have probably been more guitarists in the history of the world that did not use any type of plectrum. 6 strings sound really good when you can play one or two or more in a successive pattern. I think its pretty anyway. Most people want to play and create music that is pretty to them. The finger style of Big Bill Broonzy and Memphis Minnie are real important in blues evolution. 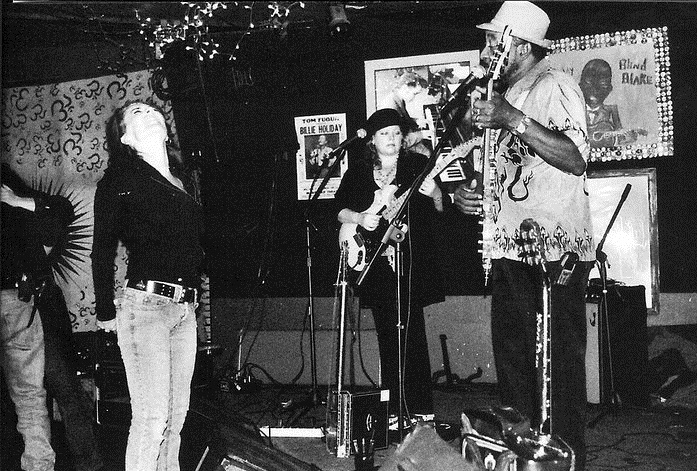 "The blues is the heart of music. So many genres have been born out of the blues. The basic rhythm of the blues is so similar to a heartbeat. We have to relate to that. We heard it in our Mother."

What does to be a blues woman in a “Man World” as James Brown says? What is the status of women in Blues?

We have been here the whole time. Ma Rainey through today. There are a lot of strong women in the Blues now; it should be ok to have several on a festival line-up. My message is it is OK to have several women.

So many choices!!!! I cant pick one. Maybe be in the studio when Billie Holiday sang Lady in Satin.