"They are all linked, but music is superior to literature and politics. You can listen to a great song 5000 times and grow each time. You can't read a novel or a poem or hear a political speech too often...its unmoving - sometimes it's rhetoric. Toilet paper."

Tom Russell: The Rose of America

Singer songwriter, painter, essayist Tom Russell has recorded thirty five highly acclaimed records, and published five books, including a book on his art and a book of his songs. Tom Russell songs have been recorded by Johnny Cash, Doug Sahm, Nanci Griffith, Ramblin' Jack Elliott, Ian Tyson, Joe Ely, and others. Russell graduated from The University of California with a Master's Degree in Criminology. He was recently awarded the 2015 ASCAP Deems Taylor Award for excellence in music journalism. In addition to his music, Russell also paints folk art, and has published a book of songwriting quotes (co-edited with Sylvia Tyson), a detective novel, and a book of letters with Charles Bukowski. Russell was born in L.A. in the late 1940s. In 1969, he spent a year teaching in Nigeria, during the Biafran War. He has also lived in Europe, and played music at a circus in Puerto Rico. He began his musical career in earnest in the early 1970s in Vancouver playing strip bars, then later relocated to Texas and formed a band with singer-pianist Patricia Hardin. 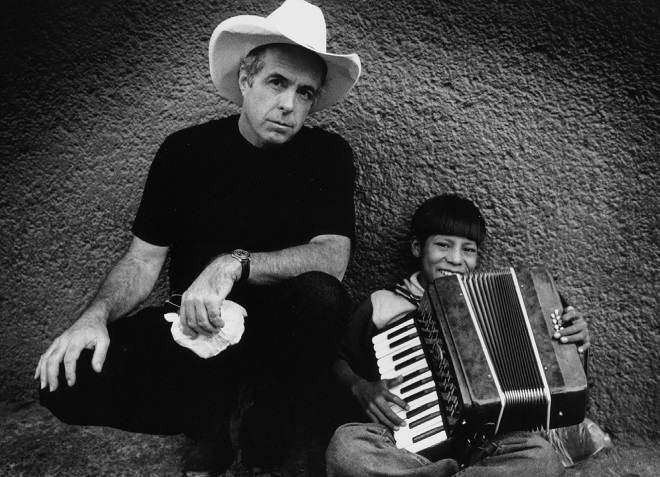 In 1977, they moved to San Francisco, performing regularly in clubs there as Hardin & Russell. They eventually split in 1979, at which point Russell drifted out of the music industry for a while. While working as a taxi driver in Queens, Robert Hunter of the Grateful Dead was a passenger in Russell's cab. Russell sang him his song "Gallo Del Cielo". An impressed Hunter invited Russell and Hardin first to join him on stage at New York's Bitter End, and then to become his regular opening act. In 2015 Russell released a 52 track "folk opera" on the West, The Rose of Roscrae. It was included in top ten lists in three dozen publications, including The Los Angeles Times. The record included tracks by Johnny Cash, Leadbelly, Walt Whitman, Maura O'Connell, Finbar Furey, and others. His latest release is The Tom Russell Anthology 2 (2016, Gunpowder Sunsets).

The basis of all our folk, country, blues, and rock, is in Scots-Irish folk music from 200 years ago. This is the stuff Bob Dylan built his songs on, and I'm learning it...might take another forty years. As for blues I'm always studying Lightnin' Hopkins.

How do you describe your sound and songbook? What experiences have triggered your ideas most frequently?

Descriptions and categories are bullshit to me. I try to write good songs that will last. Life in the trenches is experience.

What were the reasons that you started the visual art experiments? What characterize your artwork philosophy?

Art and songwriting are close brothers. They both depend on mystery. Picasso said it's not surprising to him that artists live long…because they leave their bodies outside the studio. You don't age when you sing or make art.

How has the Beats, literature and counterculture influenced your views of the world and the journeys you’ve taken?

I loved The Beats and Ferlinghetti remains a friend, at age 98 or whatever he is. They taught a fresh path to the spirit and the Word.

Ian Tyson was my biggest influence. He wrote "Four Strong Winds," the most famous song written by a Canadian. He told me once - "Russell, don't try to be Tolstoy every time!" Sometimes there is truth in simple statements. 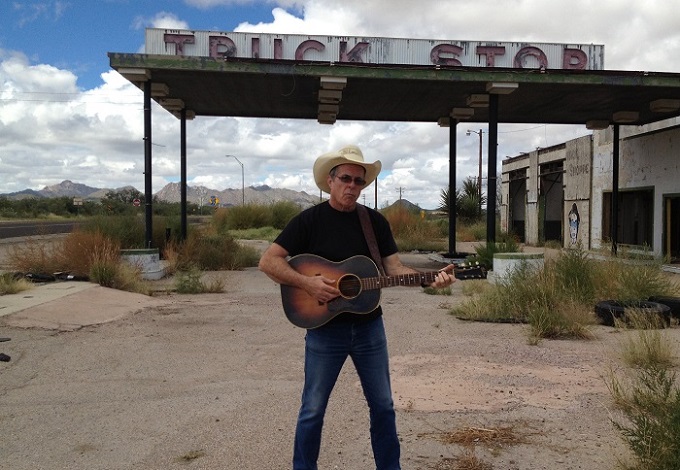 "The basis of all our folk, country, blues, and rock, is in Scots-Irish folk music from 200 years ago. This is the stuff Bob Dylan built his songs on, and I'm learning it...might take another forty years. As for blues I'm always studying Lightnin' Hopkins."

Truth! Songs that last. Songs with bravery and character. They no longer exist among the young. The internet age has brutalized creativity. People text their lovers. Language is diminishing. Poetry is defunct.

Nothing. The age and people move as they will.

What are the lines that connect the legacy of Whitman, Brecht and Bukowski with Guthrie, Cash and Leadbelly?

What are your conclusions from your travel experiences? Which is the moment that you change your life most?

What is the impact of music to the socio-cultural implications? What is the relationship: Music & Literature?

They are all linked, but music is superior to literature and politics. You can listen to a great song 5000 times and grow each time. You can't read a novel or a poem or hear a political speech too often...its unmoving - sometimes it's rhetoric. Toilet paper.

Paris in the 1920's. I would have a drink with Hemingway. Or maybe on your island of Hydra in the 60's and say hello to Leonard Cohen. 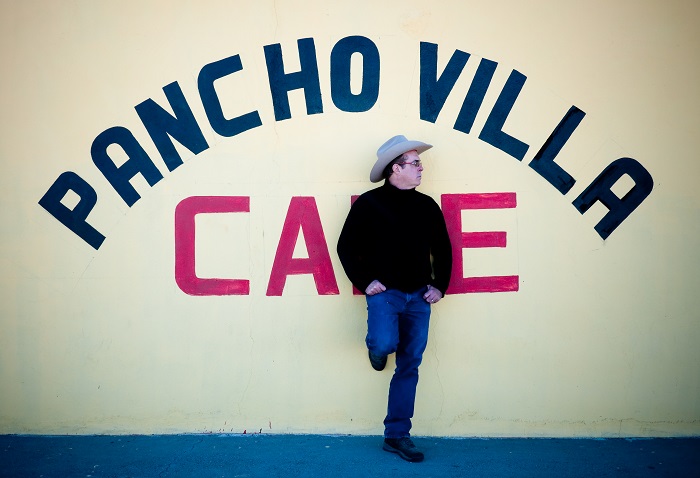