"I hope that the public at large will begin to gravitate back towards more organic, rootsy artists and bands that can actually reproduce the sounds on their records in a live setting."

Scott Boyer III is a self-taught guitarist and singer/songwriter with nearly twenty years of experience as a professional musician. The son of prominent singer/songwriter Scott Boyer (Cowboy, The Decoys), Scott was raised on a healthy diet of quality rock and roll. Although his first instrument was the trumpet, by age 13 Scott had gravitated towards what would be his eventual weapon of choice – the electric guitar.  After starting out on the Atlanta area coffee house circuit, he joined his first serious band at 15 and never looked back. At 17, Scott moved to Muscle Shoals, Alabama where he continues to reside. He was a member of the heralded local band ‘Gulliver’, sharing the spotlight with fellow guitarist and singer Gary Nichols (now with The Steeldrivers) for several years before embarking on a career as a freelance guitarist. In the years that followed, he toured extensively with a lively outlaw country band called ‘The Skeeters’, and most recently was on the road as the lead guitarist in rock icon Leon Russell’s touring band for most of 2007. Pulling from a wide range of influences spanning everything from the Allman Brothers to Pearl Jam to Dizzy Gillespie, Scott has forged a unique musical identity that blends different styles but maintains a solid grounding in simple melodies and soul.

He is also currently pursuing an MBA in the field of accountancy at the University of North Alabama, and is also in the process of opening a talent agency focused on working with up-and-coming artists and bands in Muscle Shoals and the surrounding area. Notable Artist Credits – Scott has worked in either a live or studio scenario with the following: Leon Russell, Bonnie Bramlett, Russell Smith (Amazing Rhythm Aces), James Leblanc, Jason Isbell, The Skeeters, Gulliver, The Decoys, Bishop Black, Zack & Angela Hacker, and many more.

How do you describe Scott Boyer Jr. sound and progress, what characterize your music philosophy?

I would probably describe my sound as being rooted in old-school blues, rock, and R&B – but I was also heavily influenced by a lot of the early 90’s Seattle bands (Soundgarden, Pearl Jam, etc.) and later on by our wonderful cavalcade of local musicians after coming to Muscle Shoals. As far as my philosophy goes, I can sum it up rather simply – give 100% every time you hit the stage or step into the studio.  I respect anyone who is dedicated enough to do this, regardless of whether or not their musical style suits my personal tastes. 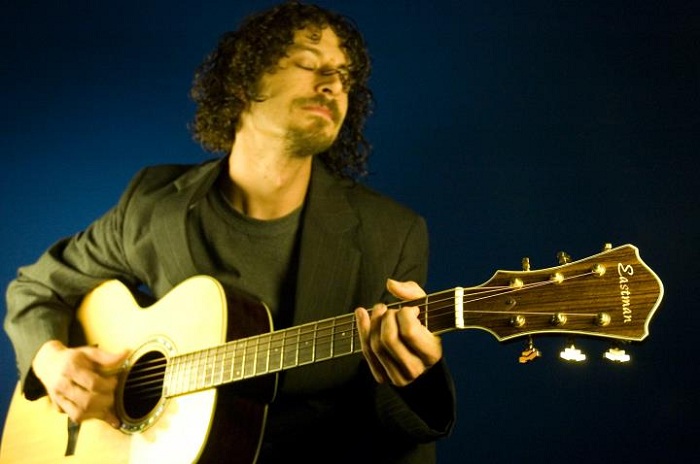 The most interesting period in my life was probably the first year or so of getting accustomed with the Shoals. Never would I have guessed that there would be so much talent and diversity in what is not an extremely large city. It certainly set the tone for what I could expect and what was to be expected of me in order to be taken seriously here, and continues to do so to this day.

There have been many, many fun jams…but one of the most memorable was a ragtag version of Little Feat’s “Dixie Chicken” which was performed at a local house party several years ago with my father singing, Jason Isbell and myself on guitars, Shonna Tucker on bass, Mike Dillon (The Second Comind) on drums, Reese Wynans (SRV) on keys, and Ms. Bonnie Bramlett herself recreating the incredible backing vocal she performed on the original recording. I remember Jack Pearson, who is one of the best guitarists I’ve ever heard, being there that night and coming up to the very front of the stage to focus in on what we were doing, which was quite flattering.

Some of the best gigs were during my run as the lead guitarist in Leon Russell’s touring band, which took place over the course of most of the 2007 year. The finest of all would have to be playing on the site of the original Woodstock festival in Bethel, NY with Levon Helm and his band…I couldn’t believe my guitar was echoing over the same fields as Jimi Hendrix. Needless to say, I had to play the Star-Spangled Banner in its entirety during our sound check. The monitor guy rolled his eyes at me when I did, which I’m guessing is because every guitarist who plays the place probably does the exact same thing, but I didn’t care…I finished it out just the same. 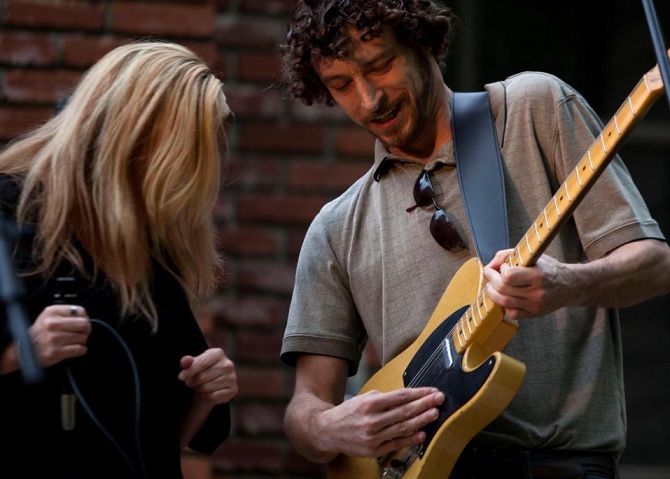 "I would probably describe my sound as being rooted in old-school blues, rock, and R&B – but I was also heavily influenced by a lot of the early 90’s Seattle bands (Soundgarden, Pearl Jam, etc.) and later on by our wonderful cavalcade of local musicians after coming to Muscle Shoals."

All of my meetings with new musical friends and contacts have been equally important in my opinion, since you never know what said meetings will lead to in future scenarios. I think the more important thing to focus on is building as extensive of a network as possible, and making time to maintain positive relationships with your business associates, bandmates, and fans. One of the best pieces of advice ever given to me from a performance standpoint is to try and smile and have a visibly good time onstage – this almost always becomes contagious to the audience as well.

From the musical point of view what are the differences between Muscle Shoals and other local scenes?

The main thing that I think separates us from the rest is our level of support and camaraderie towards each other, old and new musicians alike. I stand by my stance that we have an enormous amount of unbridled talent here in the Shoals, but there are plenty of other talented acts all spread out over this big, wide world. The fact that our local community does so much to encourage each other and help one another out creates a sort of synergy that is hard to find in many other places.

For me, it’s about the bar being set at a high level – when you come to this town, you realize very quickly that excellence is the standard expectation. Ergo, anything new that is to continue to be branded as ‘Muscle Shoals Music’ has to meet that expectation as well. It only follows that the vast wealth of good music that has been exported from here has led devoted followers to feel confident that this tradition will continue. 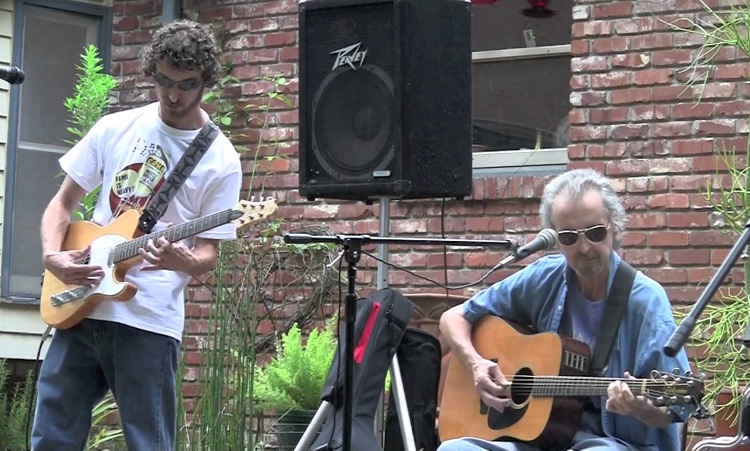 "One of the best pieces of advice ever given to me from a performance standpoint is to try and smile and have a visibly good time onstage – this almost always becomes contagious to the audience as well." (Photo: Scott Boyer, Jr. & Scott Boyer, sir)

I miss real music – too many recording nowadays are being over-produced and manipulated with computers. With the right software package and technical knowledge, one can literally produce a commercial record on someone with very little talent. I hope that the public at large will begin to gravitate back towards more organic, rootsy artists and bands that can actually reproduce the sounds on their records in a live setting.

What are the lines that connect the legacy of Blues with Soul and continue to Country and Southern Rock music?

In both cases, I believe it’s about an honest genre of artists writing and singing about what they know and is true to them. The best music always comes from the heart.

How started the thought of a PR agency in Muscle Shoals? Would you tell a little bit about that?

There is an entire new wave of bands and artists in our local vicinity who are just now coming of age and starting to really hit their stride.  However, as a fledgling artist, it is more difficult to make the inroads and connections that are a critical part of moving forward. Group this with my longtime desire to help and support our local acts, a network of business associates that I have spent twenty years developing, and a potential partner who is bringing a lot of positives to the table as well, it was an easy decision to make. We are still in the formative stages, but expect to be open for official business very soon and are excited about our prospects. 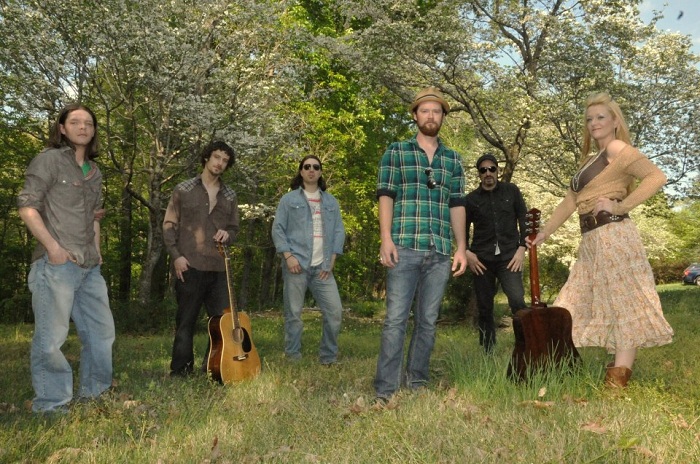 "I miss real music – too many recording nowadays are being over-produced and manipulated with computers. With the right software package and technical knowledge, one can literally produce a commercial record on someone with very little talent."

Which incident of Muscle Shoals history you‘d like to be captured and illustrated in a painting with you?

There is a famous story about Duane Allman allegedly taking charge of a recording session at FAME one day, and deciding to dump the song that was scheduled to be cut by Wilson Pickett that day while the rest of the recording crew were gone to lunch and to record a cover of The Beatles’ ‘Hey Jude’ in its place. This recording ended being arguably the genesis of Southern Rock, and includes a solo by Duane that has been hailed by many (including Eric Clapton) as one of the finest rock guitar solos in modern history. Somehow, that particular moment in time kind of helps to explain the magic that just tends to happen around here.

Anything involving Justin Bieber, and Galadrielle Allman’s decision to name her newly published book after my father’s song ‘Please Be With Me’, respectively.

Super Bowl XXIII, January 22, 1989 – I would travel to Miami, sneak into the Dolphins football stadium, find a way into the back of the 49ers’ end zone, and stealthily reach my foot out to trip hall of fame receiver Jerry Rice as he ran across the field en route to make what would end up being the winning play of the game against my beloved Bengals. Wait, was this supposed to be a music question??