"Every time I play the blues, I find myself. It’s the easiest way of creating and sharing my emotions, thoughts and everything else that describes me. It’s my mirror."

Ashesh & Nekhvam are Nepal’s premier blues rock band with a unique blend of rock, blues and Eastern rhythms. Nekhvam means “crazy about music” in the Newari language and started as a blues trio in 1994 by the two brothers Ashesh and Sibesh Dangol. Hailed by the German press as ‘the reincarnation of Jimi Hendrix from Kathmandu’, Ashesh and Nekhvam’s mix of psychedelic blues rock has that essential blues spirit of humbleness and poverty performed live at a technical level that is simply unmatched by other bands today. Their growing international fan base brings them back to Europe in 2011 for a follow-up to their successful 2010 tours of Norway and Germany. Many of their distinctive songs are composed in English and Nepali. The band has recorded three albums: Free Spirit, Free Spirit II and New Spirit. During its tour, promoted as The New Spirit Tour, the band performed selections from its albums, as well as songs from Hendrix, Cream and the Blues legends. Ashesh and Nekhvam started a tour at the Blues and Balance Festival in Husvaer, Norway. The invitation was arranged by a fellow Norwagain as a tribute to his twin brother who died in a boat accident. Well known at home for their support of a number of charity projects in Nepal, they have a keen following in their home city of Kathmandu and will share their magic again with audiences across Europe.

I learn to live again from the blues. It is a part of me. Every time I play the blues, I find myself. It’s the easiest way of creating and sharing my emotions, thoughts and everything else that describes me. It’s my mirror.

How do you describe Ashesh & Nekhvam sound and songbook? What characterize your music philosophy?

Ashesh & Nekhvam Sound and Songbook is the journey of life and experience. Our first and second album is all related to my life experiences. It’s a story telling in a simple way. Samadhi, learning, loving and then sharing with others, that’s my music Philosophy. Meeting with Artist/ Painter Purnima Yadav, my late wife, taught me the value of life, love, and art.

The best advice I was given was to learn to love myself. It is kind of hard in the beginning and a long time practice. One needs to be humble and pure as music. Life is exciting then after.

"Samadhi, learning, loving and then sharing with others, that’s my music Philosophy."

Are there any memories from gigs, jams, festivals and studio sessions which you’d like to share with us?

Our first album was recorded in my bedroom. My brother Sibesh, a bass guitarist of our band, also happened to be working in a computer related field. So, with his knowledge, my technical skills and Kiran’s (Drums) support, we were able to record the whole album in 64 MB ram CPU (Home Computer) with Cakewalk software. It was back in 2003. We only had one microphone and an inbuilt soundcard. We had to wait for the nighttime to record the song to avoid outside noise. And of course, we had to be super-duper extra careful to make sure we were not making noises for our neighbors. We recorded that album in one month.

Well being born in Nepal we don’t have much of a history in blues music. But, from the history of blues from US and UK it seems blues musicians used to be in mainstream music business back then. But only few are in this business these days. It’s hard to listen to the best blues these days. Blues used to be a reality but it’s more like a fashion these days.

Good thing is, we see lots of blues bands and musicians are coming with lots of soul and passion from different side of the world. Blues used to be considered as music of US. But now it’s an international music. You can see lots of Blues community all over the world. Future is unknown but as a social media is growing very fast these days, music business for musicians is going down day by day. It seems singing song and playing music become reality for everybody as it is easily accessible. But for those who want to live their life through music becomes a big question mark. Who is going to support a musician? How can a musician create and record a song if you are not going to buy his/her songs. And in the part of blues world it’s more challenging. But there is always hope as I still sell CDs in my gigs and there are people who like to buy them and want to support. 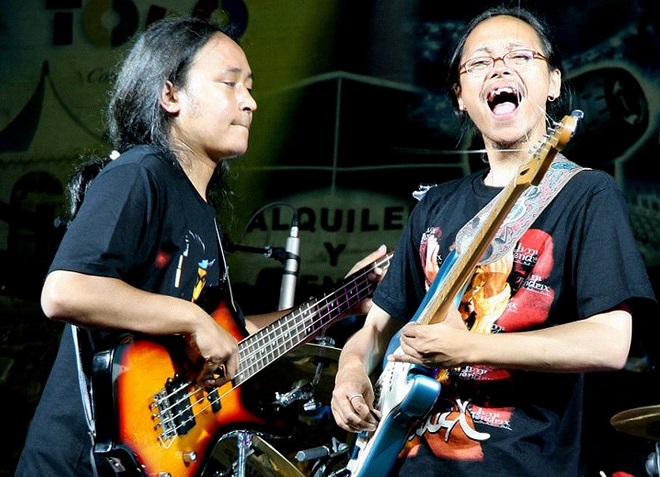 "I really want to be the part of Woodstock of Jimi Hendrix Era and play my guitar with all those beautiful souls." (Photo: Ashesh and Sibesh Dangol on stage)

If we can go back to the Era of Analog world, of Cassettes and Tapes, that would be amazing. We used to collect money to buy tapes of our favourite artists. We used to exchange cassette tapes with friends. Now nobody produces them here. Everything is downloadable in internet, most of the times for free. The worst part is sometime you put your songs in your website for free and nobody even bothers to listen to them. Musicians are investing money to get heard by the world but in return they will get few Facebook and Youtube likes.

Make an account of the case of the blues in Nepal. Which is the most interesting period in local blues scene?

From our senior musicians, they said blues came to Nepal in Hippy era. Lots of musicians came to Nepal around that time. Peter Green, Bob Seeger and Cat Stevens have even written songs and formed a band about Katmandu. “The Sky is Crying” was my first blues song that I heard in a local concert here which was performed by Mukti and Revival. I think it was back in 1994 in Basantapur, also known as Freak Street in Kathmandu. Mukti and Revival, old Newaz, Looza:, our band Ashesh and Nekhvam, Jocose, Resonance, Tumbley and Co., Double Trouble, The lazys, The Spirit X, Mid night riders and few other bands are the blues and blues based band here in Nepal.

“Kathmandu Blues” was the first blues festival which I organized in 2006 with the help of my music students. I also organized Blues for a cause in 2008. I started “North meets South” since (year) with the local traditional musicians and the musicians from Norway. And, we also have “Himalayan Blues Festival” which is organized by blues room I think every year.

2006 to 2008 was the best period I think, lots of events in blues was happening. And lots of new blues bands like Jocose and Resonance emerged at that time. Nepali blues society in Patan put the blues talk shows, news and even did a few fusion blues events back then with the local traditional musicians. 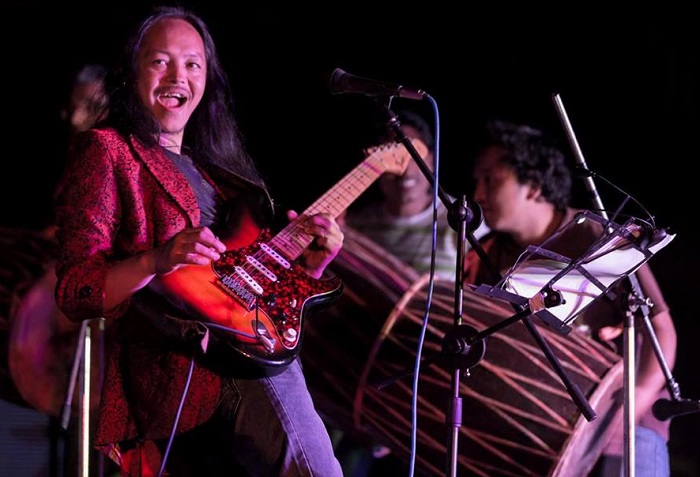 "In our society here in Nepal, we have a group who belongs to the musical caste. They play this musical instrument named Saranghi and sing songs of life, experiences, and daily activities. They are known as Ganderva. It’s very similar with the blues."

What are the lines that connect the legacy of Blues from United States and UK to Nepal?

I think it’s the band “Katmandu” formed by Peter Green in 1983. Katmandu is the capitol of Nepal and Peter Green must have visited Kathmandu in hippy era. Lots of Blues / Rock artists have visited Nepal / Kathmandu in that time. This place was a spiritual refuge for many, and for some it was marihuana which was legal at that time.

Every time we start our show in Thamel, the first thing we have to be careful is with the police as they come and stop the show any time they want. They always give a hard time saying we are too loud and disturbing the neighbors. It is kind of a usual routine. It really makes me laugh since Thamel is the main tourist hub in Kathmandu where most of the bars have live bands. More than 15 bands perform inside Thamel every night.

When we local musicians meet we talk about our music scene. While most of them are earning money playing cover songs, there are still many who are making their own music. Yes it’s tough but they feel proud to create their own materials. They are young yet they have their musicianship. This band “Embereyes” just called me this evening, asking me if I can inaugurate their first album publically coming Saturday. This is a huge honor for me. 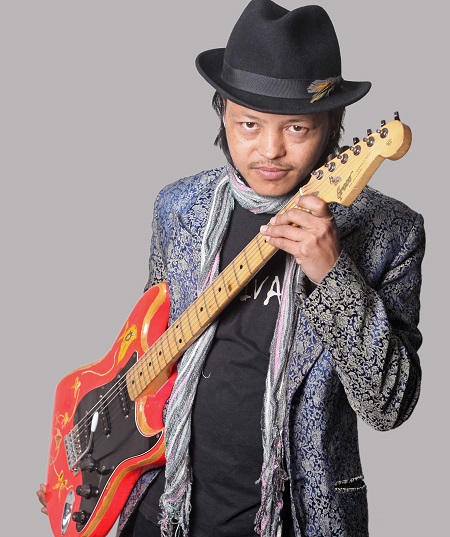 Yes, indeed there is. In our society here in Nepal, we have a group who belongs to the musical caste. They play this musical instrument named Saranghi and sing songs of life, experiences, and daily activities. They are known as Ganderva. It’s very similar with the blues. They used to collect money singing and playing in each houses in the city.

"The best advice I was given was to learn to love myself."

I really want to be the part of Woodstock of Jimi Hendrix Era and play my guitar with all those beautiful souls.