Interview with organ player Wayne Sharp, a recognizable and known talent on the Blues & Rock circuits

"Blues will be around in one form or the other, cause it’s the core...it’s all real blues, just different flavors."

After 12 years and over 2500 shows around the world with blues master, Michael Burks on Alligator Records, Wayne Sharp is a recognizable and known blues talent on the international circuit. He's sung and played Hammond B3 organ from Australia to Russia. His last album with Michael Burks, Show of Strength, has garnered four Blues Music Awards nominations for the 2013 April awards. During Wayne's career with Michael Burks, they received 14 Blues Music Awards nominations on a total of four CD's for Alligator Records. Since Michael Burk's untimely passing May 2012, Wayne has opted to do what he has alwarys done... keep playing the blues! On his album "Living with the Blues", Wayne's passionate vocals are finally unleashed. So in that spirit, this album represents the rekindling of a dream.

This project is uniquely exciting in that it also involves, Terrence Grayson from the Michael Burks Band, as well as his sons, Sean and Grayson Sharp. Rounding out the ensemble is guitarist Jon Woodhead (Ace, Leon Russell, Maria Muldaur, Jon Stewart). On the CD, we were also fortunate to enlist the talents of Jimmy Hall (Wet Willie, Hank Williams, Jr.), and the Legendary Jackie Avery (Otis Redding, Johnny Taylor, Chi-lites, Aretha Franklin, Wilson Pickett and many more) on a few tracks. As he always did with Michael Burks, Wayne brings the passion and spirit to the music that you've come to expect... always professional and ready to shake the house down! So do yourself a favor, check out the new Wayne Sharp & The SharpShooter Band's album, "Living With The Blues", and prepare to join us on the road for those rocking times we all live for. Wayne Sharp, the "Cajun soul healer", will put a smile on your heart... after all, we're ALL, Living With The Blues!

I gravitated towards the blues when I started playing professionally...the music of my youth had very strong blues roots, as does most popular music...blues is the roots and the rest is the fruits...it offers me the chance to enrich my soul and heal others...music is a healing magic for the soul..

How do you describe Wayne Sharp sound and progress, what is your music philosophy?

It’s a gumbo of melodies, rhythms, and lyrics about the truth and life...it’s progressed by my maturing in all of these areas...older, wiser, and more experience doing it for a lifetime sitting behind a B3 Hammond, spreading all that the music has to offer ...my philosophy is a very broad question. I’ll say "music is the language of GOD...it speaks to ALL of us at all levels”. 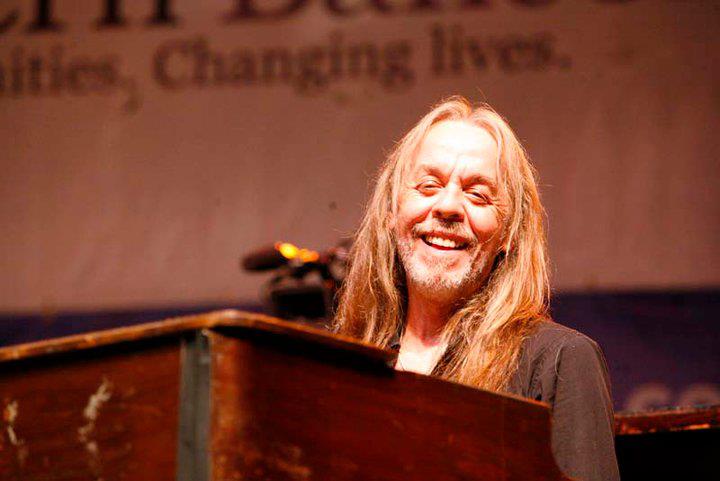 "Interesting period of my life, was in L.A., my first real effort at being an original artist, started original sharpshooter band with two of the Allman Brothers and recorded first songs that started this band…"

Michael Burks...always be true to yourself, cause that’s what it’s all about truth.

Interesting period of my life...my time living in L.A., my first real effort at being an original artist…started original sharpshooter band with two of the ALLMAN BROS and recorded first songs that started this band….worst career moment...hmmm Michael Burks dying in my arms on May 6th, 2012…12 years and 2000+ shows and it all came to a halt...lost my brother in music and had to get my feet back on the ground. I still deal with it everyday...we won 2 BMA awards for our last album and it was bittersweet to accept them without him...I know he was looking down on us and proud of our accomplishment.

Tell me a few things about your meet with Michael Burks, which memory from him makes you smile?

While recording some of the material that would later become some of the songs on our new cd "Living with the Blues", I went to dinner with the studio owner and Michael was playing at this huge venue in Lil Rock Arkansas...his bass player that night, was a cat I started my career...I smile when I think of the day he asked me to be a part of the band....every great journey begins with that first step.

"Blues survives cause it is the basis of most music people enjoy...as was once said, 'blues is da roots, the rest is da fruits'." (Photo: Michael Burks and Wayne on stage)

Would you mind telling me your most vivid memory from recording and show time with Michael Burks?

We were a live band....better live than in studio...we had a bond musically, that allowed us to stretch when live...we never played anything, the same way twice...always an adventure for us and the audience!

What do you miss nowadays from 70s? How has the music business changed over the years?

Miss my youth a little, but the business has changed dramatically... the internet has changed the world (!)... you now have more control of your destiny...the tradeoff is self-financing, which can be difficult...

From the musical point of view what are the difference and similarity between the old & new Sharpshooter Band?

It only gets better!

Are there any memories from Lamar Williams, Jimmy Hall and Jaimoe which you’d like to share with us?

Been knowing Jaimo and Lamar since the late 60’s...we all played on the coast of Mississippi and jammed and played in groups together throughout our careers...met Jimmy when we were both living in Macon after he got signed at Capricorn…he’s on our new album "Livin with the Blues" by Wayne Sharp and the Sharpshooter band...Great cat and friend...you can check out the Allman Bros family tree on internet and see picture of original band with Jaimoe and Lamar...scroll to 1981... 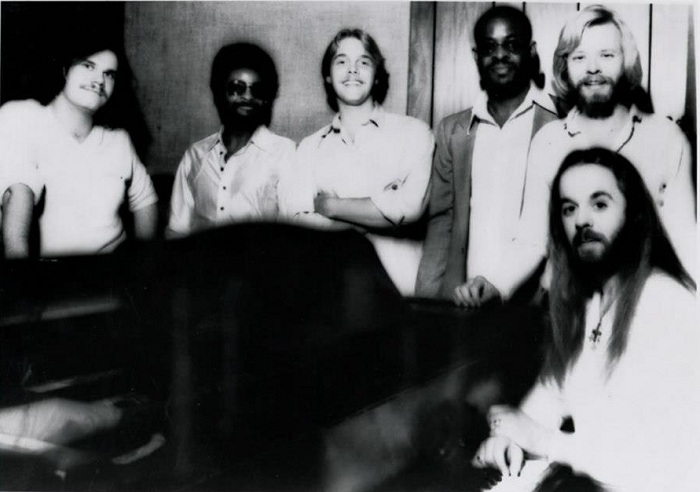 Connecting with the people is why we do it...if it was just the music, we could stay home and play!

Blues survives cause it is the basis of most music people enjoy...as was once said, "blues is da roots, the rest is da fruits".

What is the line that connects the legacy of Gary Brooker & Jimmy Smith with Al Kooper & Gregg Allman?

What connects these cats is the MIGHTY B-3, Hammond organ!

Do you know why the sound of Hammond organ is connected to the Blues and what are the secrets of? 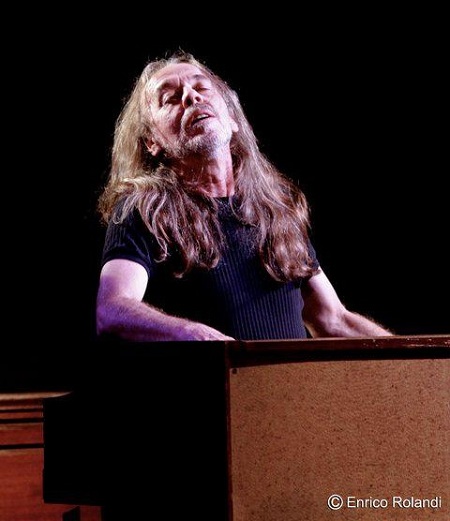 It’s connected because when recording back in the day there was only the piano and the organ from the church (!)...in the south of USA, the Baptist church uses only Hammond organs, thus there were many available in the south where this music originated...no synths or electric keys of any kind back then...it’s also on just about every hit since....the secret to playing it , is to understand how to apply it...it’s not so much the mechanics of playing it as it is how you color the landscape of emotion, with it...it can darken or lighten any mood...very ethereal...like warm honey poured over your head!...NOTHING compares...they’re still trying to replicate the B-3 but sadly, impossible....you can get close, but I never been fooled!

When we talk about blues usually refer moments of the past. Apart from the old cats of blues, do you believe in the existence of real blues nowadays?

Blues will be around in one form or the other, cause it’s the core...it’s all real blues, just different flavors.

Not a misuse of the term but a lack of understanding what it is, sometimes.

Musically, it would be the day I bought my first B-3…in life... the love of my family and friends...

Thank you and peace, love, health, and happiness to all and look forward to bringing "WAYNE SHARP AND THE SHARPSHOOTER  BAND to Greece , sooner than later...Blues on, my friends! 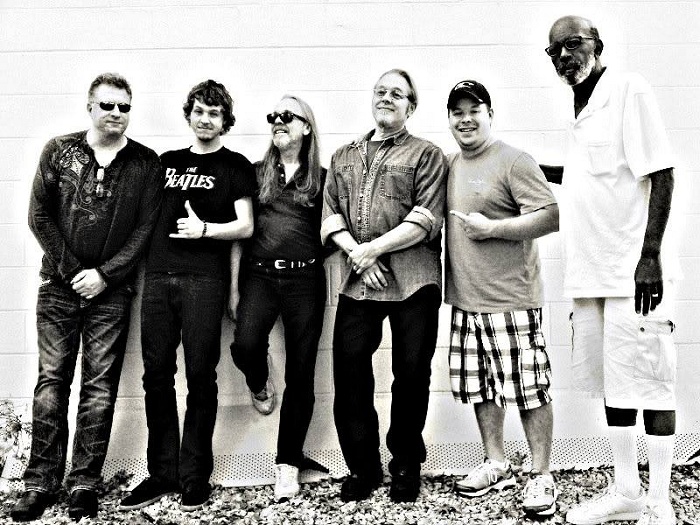