An Interview with Pat Liston of Mama's Pride, a multi talented versatile musician and lyric songwriter

"I don’t have much faith in music today. There doesn’t seem to be anything fresh and unique. People seem merely be rehashing older music."

Pat Liston first gained widespread recognition as one of the founding members of Mama's Pride...a band known, with great affection as "The Pride Of St. Louis". This alone indicates much in a city renowned for its musical contributions such as Chuck Berry, Michael McDonald, Cheryl Crow, Nelly, Johnnie Johnson, Oliver Sain, Tina Turner, and others. Pat is a versatile singer/songwriter/musician, and spearheaded the band as a key writer and lead vocalist, as well as playing keyboard and slide guitar. 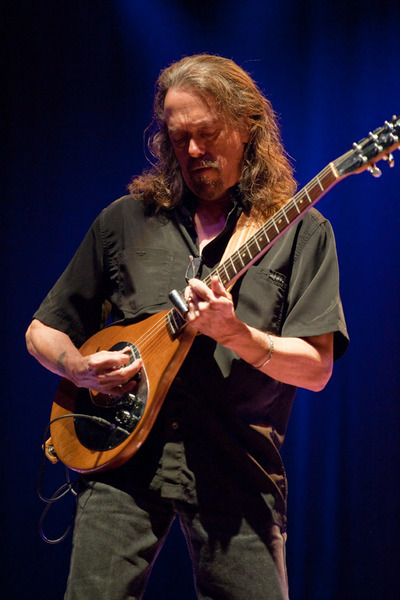 Mama's Pride had two successful albums in the 1970's: "Mama's Pride" (1975) and "Uptown & Lowdown" (1976). Produced by such notables as the legendary Arif Mardin. In 1992 Mama's Pride also released a third album, "Guard Your Heart", produced by Grammy winner, Jim Gaines. The music on all three albums has sustained in popularity, and is still played on many radio stations in the U.S. and Europe. In 2006 they released a long awaited "live" CD. Recorded at the Pageant in St. Louis! It's simply called Mama's Pride "A Live and Well". Pat toured coast to coast with Mama's Pride alongside top recording artists such as The Charlie Daniels Band, The Allman Brothers, Marshall Tucker, Bob Seger, Heart, Kansas, Alice Cooper, The Outlaws, Lynyrd Skynrd, REO Speedwagon, Ringo Starr, Todd Rundgren, Joe Walsh, Stephen Stills, Loggins & Messina and many more. More recently, Mama's Pride has been breaking records with "Sold Out" concerts at The Pageant Theatre, one of St. Louis' newest and most popular concert venues. Mamas Pride currently is performing one concert a year at the Pageant. In 2003 Pat released his first solo CD "Blue Mist" with eleven self-penned songs on it. In December 2008 he released his 2nd solo effort "Dreamer" with 12 new songs. In addition, Pat also plays locally in St. Louis doing solo acoustic performances.

How do you describe Pat Liston sound and progress, what characterize your music philosophy?

I was influence by country & folk growing up. In my teenage years I was influence by Rock and R&B. In the last 15 years I have been influenced by Celtic music to some degree. My style is a mixture of all these styles. My greatest emphasis is on lyrical content.

What do you learn about yourself from the music and what experiences in your life make you a good songwriter?

I write from personal experience and the experiences of others that I meet. I learned to write from listening to great songwriters growing up. Writers like Jerry Goffin & Carol King, Jerry Leiber and Mike Stoller, Holland, Dozier, Holland, then later Jimmy Webb, Joni Mitchell & Lennon/McCartney. 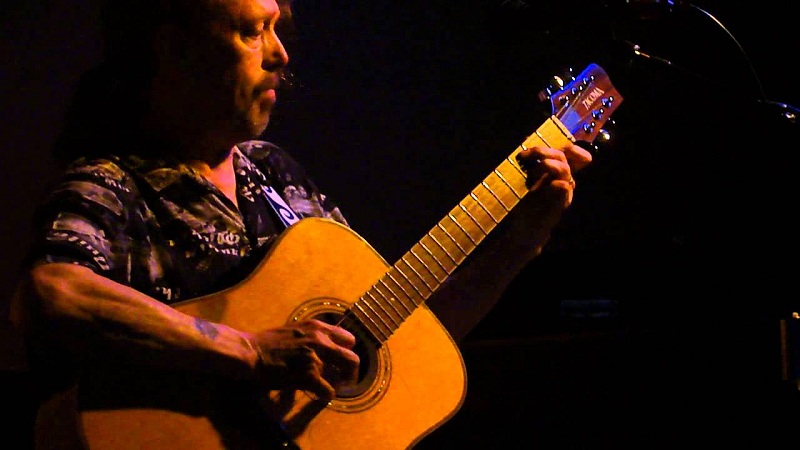 "St. Louis, my home town, has a rich blues heritage. Soul music was derived from the blues, but was a little more sophisticated. St. Louis also had a rich soul background as well."

The best music moment in my life was when we signed to Atlantic Records by Ahmet Ertegun. Another interesting era was when we were Gregg Allman’s back-up band in 1978. The worst period was when Ronnie Van Zandt was killed. He was a friend and was going to produce our third album.

Why did you think that the Southern Rock music and culture continues to generate such a devoted following?

Musically it was very passionate and lyrically most of it was more story oriented so people could relate to it.

What were the reasons that made the southern states at early 70s to be the center of the musical searching’’?

We were never really involved in many jams. Again, the most memorable times were when we played with Lynyrd Skynyrd and when we were Gregg Allman’s back-up band. 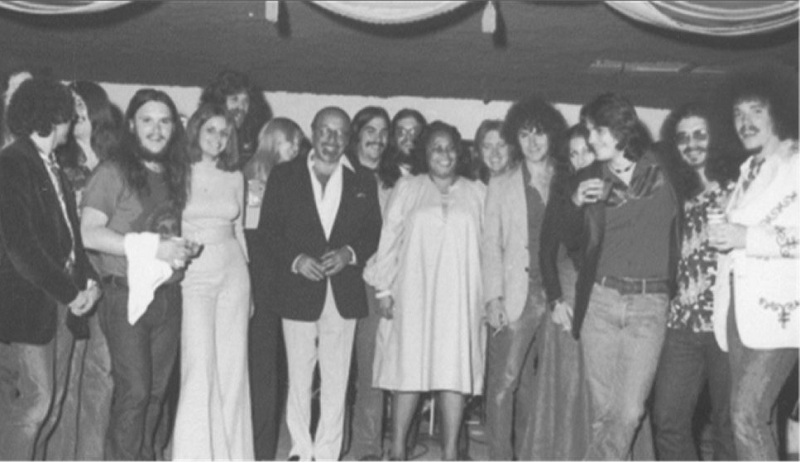 The most important people we met were Ahmet Ertegun, Arif Mardin, Ronnie Van Zandt, and Gregg Allman. The best advice I ever received was from a producer named Ray Ruff. He told me not to just show off my voice but, when I sang, to always concentrate on the lyrics and sing passionately about what they were saying.

When we recorded the two albums we met many great artists that came in while we were recording. Eric Clapton, AWB, The Bee Gees, Timothy B Schmidt, and Toto. We played many wonderful concerts with people like The Allman Brothers Band, Marshall Tucker, Charlie Daniels, Bob Seeger, Kansas, Ringo Starr, Alice Cooper, and Stephan Stills etc.

What are been your experiences from Ahmet Ertegun, Ronnie Van Zandt and Jim Gaines?

Ahmet Ertegun signed us personally. He was a very nice man and tried to help our career. Ronnie Van Zandt had planned on producing our third album with Atlantic records. He was very excited about being a producer. When he was killed Atlantic records dropped us from the label. Jim Gaines was a great producer and produced our CD “Guard Your Heart”. He also mixed my solo CD “Dreamer”. We’re still good friends.

What do you miss most nowadays from the 70s? What are your hopes and fears for the future of music? 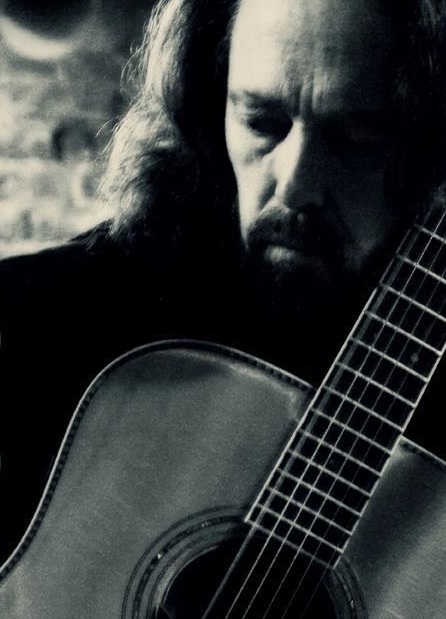 In to 70’s fans knew a lot more about real music than they seem to know now. People were more open to original music. Now, there are too many “tribute” bands. All the radio stations seem to play is old music. There doesn’t seem to be that love for new music as there once was.

Which memory from Lynyrd Skynyrd, Allman Brothers, Charlie Daniels Band, and The Outlaws, makes you smile?

When we opened for Lynyrd Skynrd, Ronnie Van Zandt told us to warm the stage up because he performed barefoot.

We only opened for the Allman Brothers once, but when we were Gregg Allman’s band he said he had more fun on the road with us than he had ever had with anybody. He also said we were the best vocalists he had ever heard. He told me that he copied my scream when he sang on “Enlightened Rogues”….. a very humbling compliment.

Charlie Daniels use to take me to radio interviews with him and always included me in the interviews. He was very kind and would share their food backstage because he knew we didn’t make much money.

The Outlaws were very good friends. Henry Paul from the Outlaws is still a dear friend and we talk often.

What are the lines that connect the legacy of Blues with Soul and continue to Classic and Southern Rock?

Well, blues was really first. St. Louis, my home town, has a rich blues heritage. Soul music was derived from the blues, but was a little more sophisticated. St. Louis also had a rich soul background as well. We had Oliver Sain and Fontella Bass…… and of course Tina Turner got her start in St. Louis. I met her in a small St. Louis Studio many years ago. She was a very sweet woman. Classic rock also got it’s start in St. Louis because we had Chuck Berry, who, many felt, was the father of rock n roll. He is in his 80’s and still performs here in St. Louis. Southern rock was a mixture of classic rock, country, and blues. 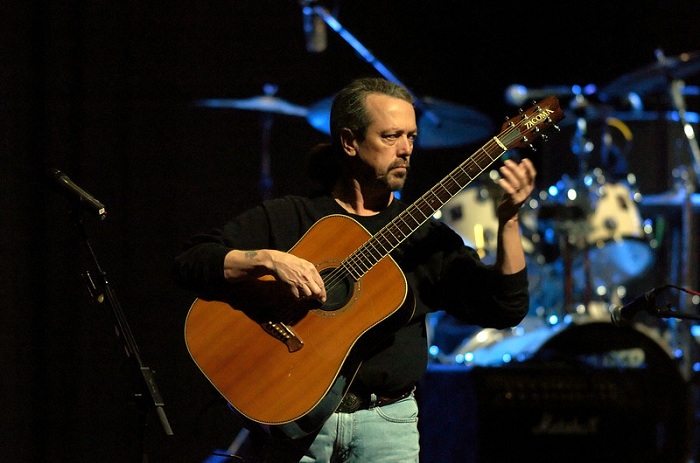 "In to 70’s fans knew a lot more about real music than they seem to know now. People were more open to original music. Now, there are too many 'tribute' bands."

How has the music business changed over the years? Do you believe in the existence of real rock nowadays?

As I said before, Record companies had excellent A&R men back in the 70’s. They understood music and recognized potential. They were willing to develop an act until they come into their own.

I don’t have much faith in music today. There doesn’t seem to be anything fresh and unique. People seem merely be rehashing older music. It’s ok to be influenced by a style, but you have to be somewhat unique and I just don’t hear that today. There may be some great groups out there, but radio stations are not giving them a platform. Radio stations seem to just play old music as well. Internet radio is a little better but they seem to over categorize the different styles and separate them.

Let’s take a trip with a time machine, so where and where would you really wanna go for a whole day..?

I would love to go to Woodstock and hear Santana play “Soul Sacrifice”…. One of the most energetic and passionate live instrumental performances ever!!! Then I would like to stay and watch all that wonderful music!! My good friend Artie Kornfeld was one of the key people that put Woodstock on, and I was always sorry I didn’t get to see it.

Make an account of St. Louis music scene. Which is the most interesting period? What are the differences between in past and todays?

St. Louis had an amazing R&B music scene in the 60’s. The least of them were better than the best of them now.

There was a club on the East Side called “The Blue Note”. Sometimes they would have something they called “The Battle of the Kings”. For $5 you could see Freddie King, Albert King and B.B. King all in one night!!

There was a place called The Club Imperial in North St. Louis that had Ike & Tina Turner 5 or 6 times a year!

The 70’s were great in St. Louis too. K-SHE radio started bringing great “unknown” bands to St. Louis to do concerts. The Amboy Dukes, Allman Brothers, REO Speedwagon etc, etc. The fans loved all the new sounds and would come by the thousands to cheer them on!! When Mama’s Pride first started we would draw 800 people to a nightclub on a Wednesday night. There are no great Blues or R&B innovators here any longer. The rock scene is all but dead.

Sadly, the most popular bands in the area are “tribute” bands. These bands merely replicate those great creative years. The audiences seem to love seeing these imitators of the glory days of music. It seems most people are not interested in something new. There are still creative listeners but they are in the minority.

There are those of us that still do new music and we have a small loyal following, but it seems that the masses prefer “cover bands” or “tribute” bands. Radio stations play nothing but old music. There is no radio platform for new music. Even the established old concert artists play nothing but their older music when they appear in concert.

Internet radio seems to be the only potential platform for something new but, again, they seem to feel it’s their obligation to separate the styles and present them accordingly. If you have varying tastes in music you have to jump around.