Interview with Pennsylvanian Dan Bubien, his music have a blend of blues, soul, funk and Reggae music

"It’s (Blues) about real things and people, played and sung by real people, the content matter is universal; universal not only to age but generation as well, not sugar coated or made to appeal to what is in at the moment."

Dan Bubien is a singer, songwriter and guitarist from Aliquippa, Pennsylvania. Music was always a part of Dan’s life growing up even before his passion was realized. His father was a lifelong working musician. As a kid, Dan and his brother spent their time goofing off and running around at their dad’s shows and used to tease him for singing off-key. It wasn’t until a teenage injury sidelined his athletics that Dan picked up one of his Dad’s guitars and taught himself to play. With that, came a new appreciation for music and a realization of what his Dad did. What was once thought to be off-key was actually in perfect harmony. 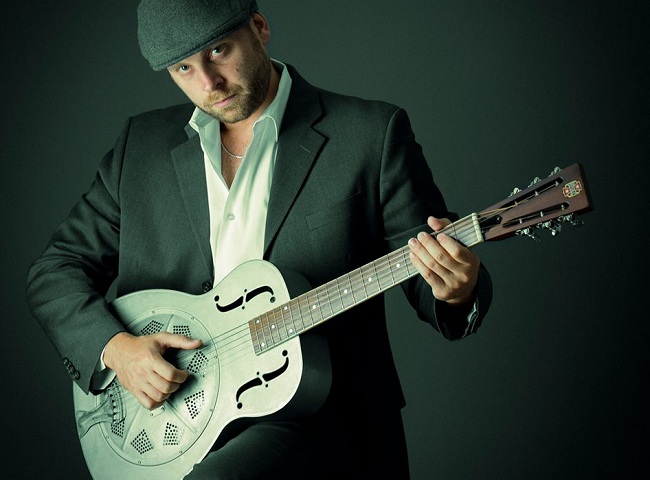 Dan’s professional musical journey started nearly 20 years ago by fronting and playing with several local bands and musicians. It wasn’t until 2004 that Dan felt he had a clear sense of where he was as an artist and song writer and started the band that would carry him through the next decade. Dan always had an appreciation for blues, soul and funk music, but it was a popular reggae band that inspired the signature sound of The Sun Kings. Their unique flavor and approach to music was something new to the local scene and garnered them a significant following. That reputation has established Dan as a fixture and has allowed him to branch out on his own and come back to his roots by exploring new and ever evolving influences.

I learn to embrace my roots as a musician and the foundation to all music which I believe is the blues and by doing this you will stay on path to making and playing real music for real people.

First off heartbreak. That will get you going on the path to the blues and songwriting. But to become good at both, I feel takes a lifetime’s worth of experiences. Not just your own but taking in other people’s and becoming aware of things that move you and how to translate these events/experiences into a song takes practice and time and awareness that just comes with time. "I learn to embrace my roots as a musician and the foundation to all music which I believe is the blues and by doing this you will stay on path to making and playing real music for real people."

How do you describe Dan Bubien sound and progress, what characterize your music philosophy?

I feel my sound and music philosophy if I have one is to stay versatile while staying true to real roots genres of music like blues, soul, funk, country, roots, even reggae. To me all these genres are related but all come from the blues.

Do you think that your music is as it started out with The Sun Kings?  Or has this changed in a new direction?

My music has definitely changed since The Sun Kings. The Sun Kings were primarily a reggae band where we infused funk and blues with my guitar playing which always goes to the blues. When I pick up a guitar blues is what I always play. Now though my music is taking on a more roots nature incorporating soul, funk, and country but always tying it into the blues.

What are the difference and similarity between the Blues and Reggae culture and music?

There are a lot of similarities. There are a lot of differences too.  They both have so many different styles within the genre and certain aspects of the music or the way you play or what you play that define it to that specific style… there’s Roots Rock Reggae, Lover’s Rock, One Drop, Steppers, Dancehall, So-Cal as there is Delta-Blues, Chicago Style, Memphis, Piedmont, Texas Style  on and on… Musically though they are pretty far apart from each other.  Fundamentally reggae is drum and bass driven, not a lot of guitar… really cool guitar but just not the driving present feature of the music, it’s really focused on rhythms and groove, very tight and smooth sound.  Blues a lot of the time is guitar driven – that is the fundamental or most present instrument so the playing to me is a lot more free and open and demanding as a guitarist and because of that demand of the guitar being #1 in the hierarchy of things it can be a raunchy and more overall raw sound to me than reggae. 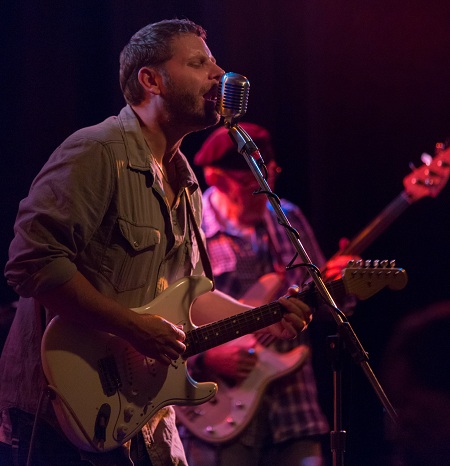 Because it is undeniably real music.  It’s about real things and people, played and sung by real people, the content matter is universal; universal not only to age but generation as well, not sugar coated or made to appeal to what is in at the moment.

If you’re a real person into real things, how can you not be turned on by this music.

What’s the best jam you ever played in?  What are some of the most memorable gig’s you’ve had?

There’s been a lot of them but the one that sticks out in my mind was about 2 ½ years ago in 2011 at Mario’s in the South Side of Pittsburgh. My friend from New York City T.J. Swan was in town, he’s an incredible player/musician. Got to jam with him – it was intense.  The most memorable show was probably opening up for Anthony Gomes in Youngstown, OH a few years back – just was a great night – my band was really on at that time and we had a great night.

Getting to have Jimmie Ross from The Jaggerz come in and sing on the new album was an honor. They has a #1 hit with a song called The Rapper back in the day and are local legends and heroes.

Which memory as a kid from your dad shows makes you smile?  What is the best advice ever given?

Just seeing my dad up there playing his bass and then going for this ridiculous high harmony and hitting it. It was pretty cool to watch him do that. 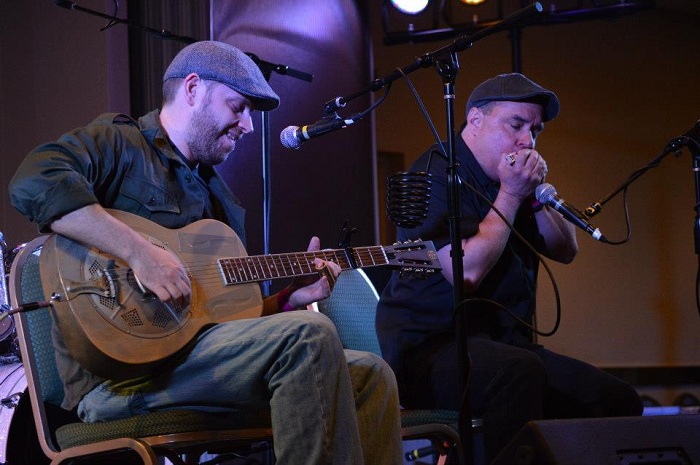 "I feel my sound and music philosophy if I have one is to stay versatile while staying true to real roots genres of music like blues, soul, funk, country, roots, even reggae. To me all these genres are related but all come from the blues."

Do you know why the sound of slide and resonator guitar is connected to the blues?  What are the secrets of it?

Well I know why they created the resonator guitar; so the guitarist in big bands could be heard before there was electricity. Maybe there were just a lot of cats just trying to be heard. Playing slide has taken me a long time to learn how to do. There is a lot of right hand muting involved. Vibrato is key, but the main thing is patience. It’s gonna take a while, at least it did for me.

Let’s take a trip with a time machine, so where and why would you really wanna o for a whole day…?

Make an account of the case of the blues in Pennsylvania.

There are a lot of great players and talented bands in the Pittsburgh area and there are really a lot of places for musicians to play and make some money doing so. I really think there is a good music community here especially blues community.  Everyone knows each other and has played with each other and seems to support each other to a point. I just wish in the city there was more of a support for live music – you have to go to the outskirts to find it and I feel there could be something really special here if places like the South Side embraced live music instead of the whole DJ/club thing. It could be very similar to Nashville’s Broadway Street area. The bands and musicians are great and ready. 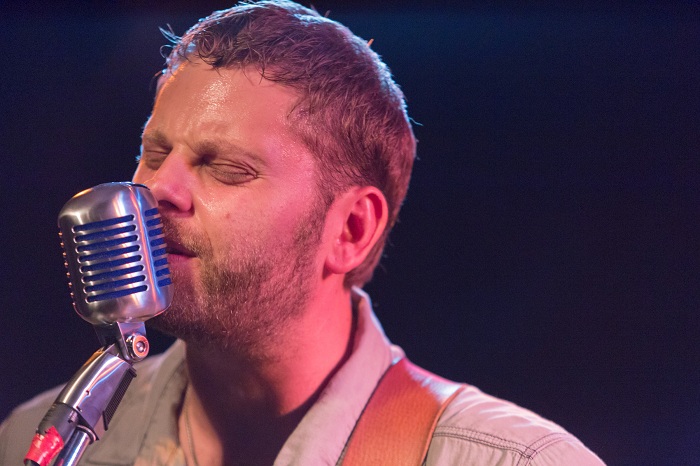