"The blues is a little bit of everything…dirty, clean, funny, melancholy, insightful; as I am I."

Powerhouse vocalist, Jai Malano, debuted as leading lady to horn driven 40s-50s rhythm & blues band, The Royal Rhythmaires, on July 4, 2010. Jai has mesmerized audiences with her raw, yet sultry, renditions of timeless Blues classics ever since. Her strong vocals and showmanship have earned her comparisons to Etta James, Lavern Baker, and Ruth Brown, as well as landed her the cover of UK Rock ‘N’ Roll Magazine. 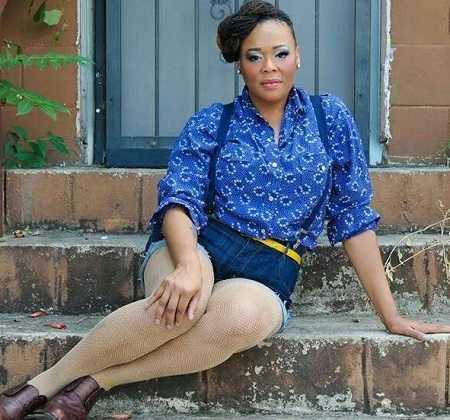 She has received further recognition in Vintage Rock Magazine and the Austin Music Journal. As vocalist for The Royal Rhythmaires, she and the band were listed as one of the Top 15 Bands to watch in 2014 by the Dallas Observer.

Discography includes, 'Shuck and Jive' and 'Talk to Me'. Now on a solo venture as of September 2014, Jai have recorded a new album, set to release in February 2015, and completed two tours between Europe and Brazil. Jai talks about the Blues, Soul, Jazz, Ray Charles, her tour in Europe & Brasil, and labels market.

What I have learned about myself, from the blues, is that I am far more intriguing than I give myself credit. I stronger than I realize, and quite funny when I want to be. The blues is a little bit of everything…dirty, clean, funny, melancholy, insightful; as I am I. For me, the Blues is more of a way of life than it is a specific genre. It’s in your mannerisms, they way you interact and process the world, the way you love and even the way you seek vengeance. For me, being a Blues singer just solidifies who I was destined to become.

How do you describe Jai Malano sound and songbook? What characterize your music philosophy?

It’s raw. It’s rough. It’s gritty and gully. It’s masculine, yet feminine. At times, I have no idea where it comes from but I am grateful to be its vessel. My belief is that music knows no bounds. It’s bold and the language is universal. Where others have fought, lost, and died, attempting to reach the masses; music does so without even trying. I want to be a part of that movement even when I have no idea where it will lead me.

I believe this has been the case because it has proven to be untethered by the constant changes in culture and technology. Rhythm and Blues is a way of life, almost like a sub culture. It’s authentic and in a world that’s ever changing, you want to be a part of something real and lasting. The Irony is that Blues is not a genre you fall in love with overnight. You grow to love the Blues, so it becomes more of a relationship between the artist and the audience. Followers court the Blues, and the Blues courts them back. 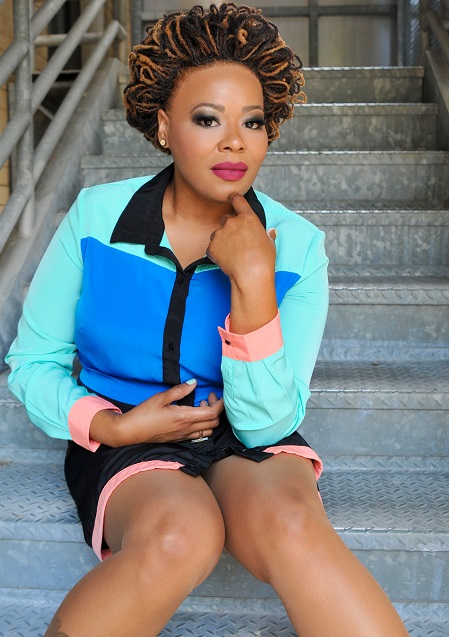 I won’t call it advice, rather it was something someone said to me that resonates everyday. They said, “There are going to be people in your life who were only meant to cross paths with you…let them.”

"For me, the Blues is more of a way of life than it is a specific genre. It’s in your mannerisms, they way you interact and process the world, the way you love and even the way you seek vengeance. For me, being a Blues singer just solidifies who I was destined to become."

I have so many wonderful memories with so many great people, it’s hard to pinpoint one without sharing them all. Let’s just say every time I am able to exchange words and share a laugh with a fellow musician, my family gets a little bigger.

I miss good singers and amazing writers. Everything is auto-tuned nowadays so it’s hard to know if you are going to get the same singer when it’s a live performance…I would have loved to see Ray Charles or Otis Redding perform live. I fear that Blues will age out, but I hope that my generation and those that will come behind me can keep it alive. I personally hope that I can make a substantial contribution as an artist and vocalist before my own time is up.

I think I would change way major labels market new artists. Artist development and mentorship would be the priority; preparing them for longevity as opposed to burn out. I would decrease the number of albums released per year and focus more on the quality of an album being released.

I can only speak for myself, but for me, it has it’s highs and lows as does everything else in life. Working with men, you have to be direct. However, as women we are conditioned to know when to walk that fine line between being “strong and assertive” and ‘meek and submissive’. Men can do whatever they want. For me, it’s a constant game of poker. “Always remember to smile; say please and thank you; play coy.” I do those things but I am also very direct. When I don’t like something, I find the source and let them know. You never have to wonder with me. The funny thing is, some men love it. They can’t get enough of it. Then there are some men who don’t like it. They prefer male chauvinism over gender equality and women’s empowerment. And those are the men that I choose not to work with. Simple as that.

What are the lines that connect the legacy of Blues with Soul and continue to Jazz and R&B / Gospel music?

"Rhythm and Blues is a way of life, almost like a sub culture. It’s authentic and in a world that’s ever changing, you want to be a part of something real and lasting."

What has made you laugh lately and what touched (emotionally) you from the circuits around the world?

While I was touring in Europe and Brazil there was a lot going in the states. It broke my heart to have to watch the turmoil unfold from so far away. At the moment it continues to play out even into the new year of 2015.

I would pack a lunch and take a trip into tomorrow because I don’t like surprises.