"True American roots music has no cultural boundaries. It comes from all races of people because they come from a working community, working communities where they work together and depend on one another."

Born in Tuscon, Arizona, Matt Kinman’s life is deeply rooted in traditional music. When he was nine Matt joined his school’s orchestra class as a violinist but was eventually kicked out due to his refusal to read music. Foregoing formal training, he opted instead to study music by listening and imitating musicians with whom he played firsthand. When his family relocated to Florence, South Carolina, Kinman began his professional music career playing mandolin and fiddle in upscale restaurants at the age of twelve. The urge to travel and play music soon overcame him and he quit school, leaving home when he was fifteen. Kinman settled into a career as an industrial plumber and worked as one for about fifteen years. 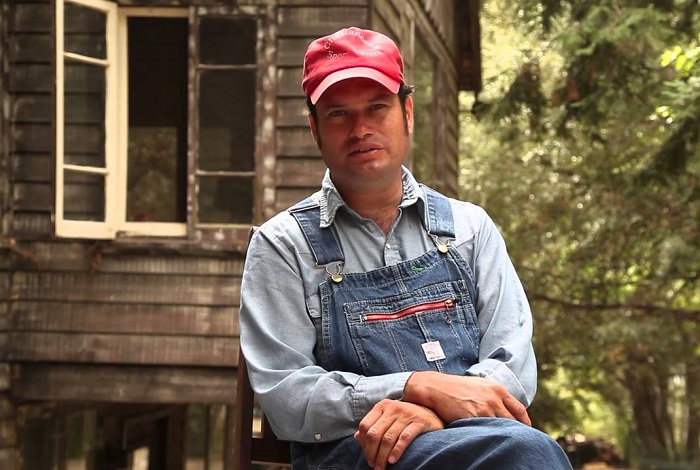 Eventually the urge to play music resurfaced and Matt hit the highways again playing music, earning the moniker, The Little Hobo, as he sought out musicians from whom to learn. He has since performed with acts such as The Roan Mountain Hilltoppers, Old Crow Medicine Show, The Hackensaw Boys, Leroy Troy, Marty Stewart, and the list goes on. Currently, Kinman performs solo most of the time and “trades on about anything” to make ends meet. His latest album, Travelin' Songs, released on his own label Lonesome Whistle Records and features 18 songs that will be sure to take you back to a simpler times of when songs to the stories of the good ole' days.

What do you learn about yourself from the Roots culture? What were the reasons that you started the Roots music researches?

I was born and raised in roots culture, it is an extension of who I am. I was drawn to the music and culture that I grew up with.

Are there any memories from Matt Kinman’s The Back Porch of America which you’d like to share with us?

Houston Harrison, the flintlock rifle maker, he played the old Tennessee style called “thumb and tickle,” it's a two-finger banjo style, and you do not find that anywhere.

They're all important. No one is more important than the other. Each one one has something to offer, something different and amazing.

People are more apt to learn from recordings and not the musicians around them, in their area. I have no fears because live is constant change. 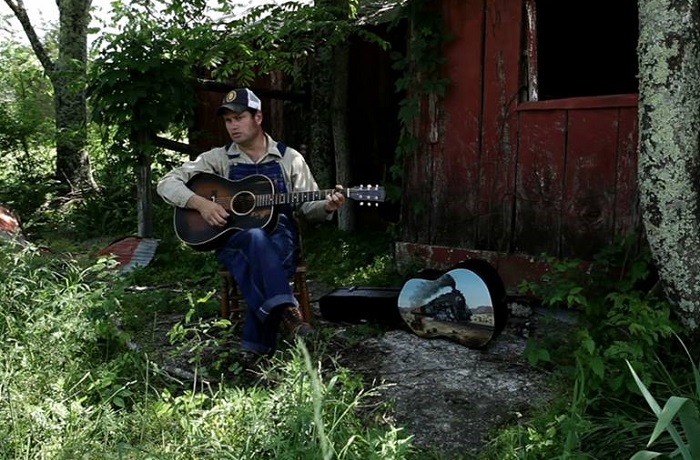 "True American roots music has no cultural boundaries. It comes from all races of people because they come from a working community, working communities where they work together and depend on one another." (Photo: Matt Kinman at the Back Porch of America)

If I could change one thing about music, it would be more songs that include a melody line and would tell a good story.

What are the lines that connect the Folk with Country, Honky Tonk and continue to Blues and Hillbilly?

Most of this music comes from folks that lived in the countryside, they tell stories of hardship and good times, but these folks originally came from rural communities.

Leroy Troy, from the stories he tells and the tunes he plays on the banjo.

True American roots music has no cultural boundaries. It comes from all races of people because they come from a working community, working communities where they work together and depend on one another.

A meeting point for people of all ages who are wild at heart, and favorite among hipsters, US of America is ahead of its time as it embraces. What characterize the philosophy of American Roots music and culture? 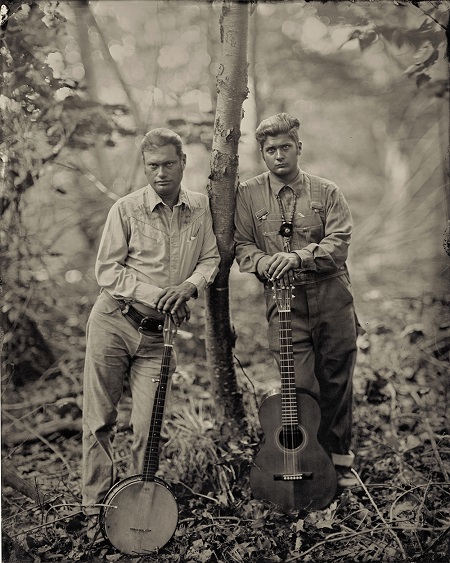 Square dancing is this philosophy. There is an event, Dare to be Square, held in Nashville in the first of October. This is a big event for urban populations. These dances draw a lot of people, which are there to promote and enjoy traditional music as well as dance.

"People are more apt to learn from recordings and not the musicians around them, in their area. I have no fears because live is constant change." (Photo: Matt Kinman & Moses Melligan, Credit: © 2015 Lisa Elmalh)

Why did you think that the Roots music and culture continues to generate such a devoted following?

Because traditional music and dancing is usually a gathering of communities. It’s always been that way since day one.

Nowhere in particular, but I’d like to go back to the early 1800s before the industrial revolution, before the technology started developing so rapidly.