"I think it (Blues & Folk) is a sort of “Laymans” language that most people can associate themselves with, a universal art of explaining Love & Pain."

Pete Alderton was born in Felixstowe, England as the son of an American G.I. and an English mother. His sphere of activity is in Germany, where he lives now as a resident of Paderborn. Specialized on blues classics he started his career with the debut album Living On Love. The concept of Pete Alderton includes singer/songwriting, Blues-and Jazz-inspired compositions and he also makes tributes to Blues legends the likes of Robert Johnson, Willie Dixon, Son House to name just a few. Images of cotton fields in Mississippi or the atmosphere in Chicago clubs and Juke Joints emerge. 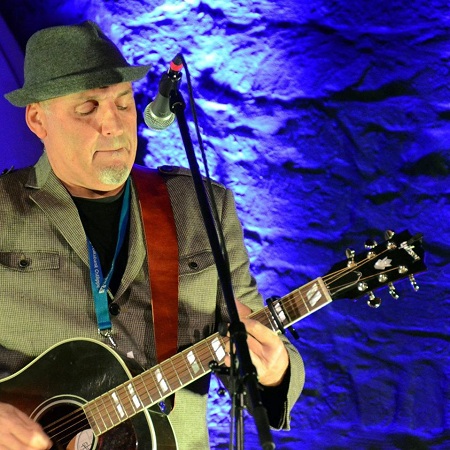 Living in Paderborn blues singer presents with a high joy of improvisation, but also with tributes to the late blues legends Robert Johnson, Willie Dixon and Son House, But in singer/songwriter Genre Alderton is at least as much at home that he demonstrated not only with great Leonard Cohen and Bob Dylan interpretations, but also with his own pieces that came over times personally and then socially critical Drive had ... a very authentic music, in which the images of cotton fields in Mississippi or the atmosphere dim in the spirit clubs in Chicago emerge, a rare treat for the audience.

Pete has been writing songs and interpreting his style of Blues and singer/songwriting for the last twenty years, he plays mostly on stages in Germany and the occasional concert in GB & NL. Cds to Date 2006 " Living on Love", 2009 "Cover my Blues" 2013 "Roadside Preaching" also a limited edition vinyl LP 2012 "Cover my Blues". The last CD "Roadside Preaching" (2013) is a compilation of eight original songs plus three cover songs from Blind Willie Johnson, Leonard Cohen & T-Bone Walker.

How to cope with my inner self, the problems that I try to overcome and how not to depend to much on others.

How do you describe Pete Anthony Alderton sound and songbook? What characterize your music philosophy?

Somewhere between Blues and Singer/Songwriting while still on the eternal search to find myself.

Why did you think that the Blues & Folk music continues to generate such a devoted following?

I think it is a sort of “Laymans” language that most people can associate themselves with, a universal art of explaining Love & Pain. 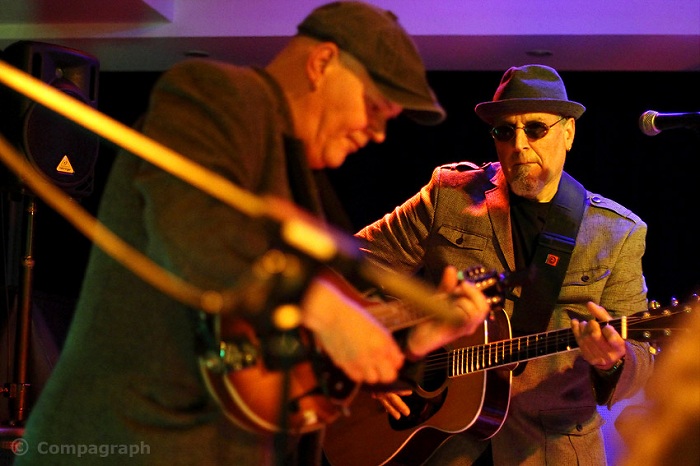 "Mostly nowadays a few lyrics are written and a Twelve bar melody is attached and we call it the Blues, (my interstation) the Blues is a feeling deep down inside, hard to explain but you know when you have them, I could sing the Blues just to a foot tap or a simple finger snap."

Meeting my real self and not the person that others want me to be,,,, “you can’t please everybody, so don’t try”...

Try not complicate things to much as it will come out in the music and on stage.

Mostly nowadays a few lyrics are written and a Twelve bar melody is attached and we call it the Blues, (my interstation) the Blues is a feeling deep down inside, hard to explain but you know when you have them, I could sing the Blues just to a foot tap or a simple finger snap.

To spend more time practicing and less time on Ebay. 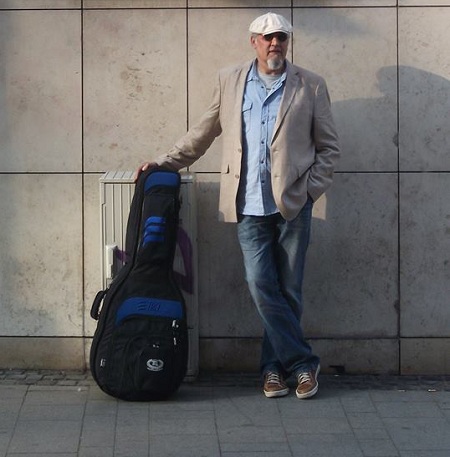 First we have to establish and interpret what the Blues is ???? because we can all philosophize  for a long time what the Blues actually is (music or a feeling?), unfortunately we can’t talk to or ask any of the originators of the Blues, but please take the time to watch a YouTube clip from Son House...

I always tend to class myself as a Blues Interpret/Singer/Songwriter artist, I think the record company tended to place me more into the category of “Blues Genre” in Germany, Mmmm maybe it sells better, or maybe I walked around in circles for to long.

What are the lines that connect the legacy of Blues from cotton fields in Mississippi or the atmosphere in Chicago clubs and Juke Joints to Germany?

I think that Germany has been and still is very open towards different music styles, also the thousands of G.I.s stationed in Germany in the cold war and of course the AFN radio station had a big part to play with the Blues etc in Europe.

Watching “Monty Pythons” last night on television, emotionally I like to listen to Al Green on YouTube and everytime I listen to “How can you mend a broken Heart” it makes the hair on the back of my neck stand up...

To spend a day on the mixing desk at Chess Records, it was a sort of “crossover” period from “deep down” Blues to commercial music, but only if I could sit next to Willie Dixon.

I have been writing and singing songs for many years and have still not found a perfect method to write a song, they come and go, I do tend to keep notes on certain “punch Lines “that come into my head, I see it as one great and large package of my musical life and I hope that I can keep on doing my thing for many years to come, despite my age. 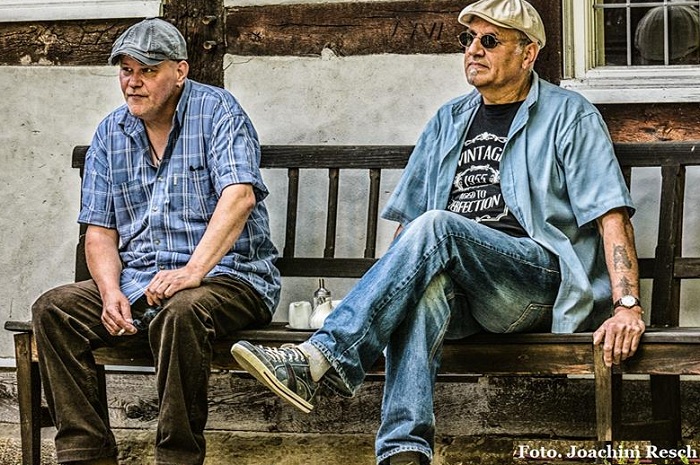