Interview with singer/songwriter Sunday wilde, a rare voice from the primal soul and emotionally charged lyrics

"Blues is about sharing and releasing our pain out of our bodies."

Sunday Wilde: Into The Blues Emotions

Sunday wilde is from the wilds of a small northern Ontario town, Canada, but she has been found singing everywhere from small logging and mining towns at coffee houses, funeral parlours, and blues joints and all the way to large festivals, house concerts and bars in bustling metropolises. 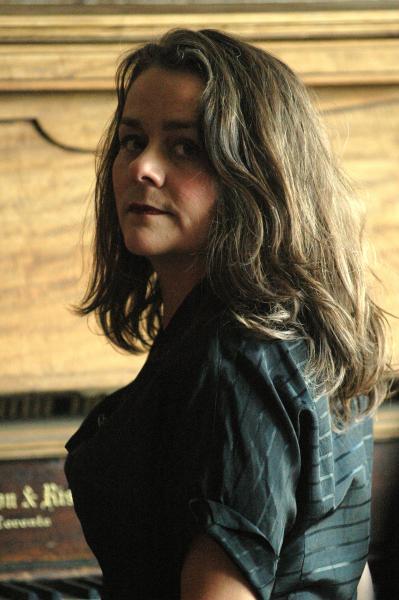 She is a powerful and intense vocalist, a rare voice that speaks from the primal soul. Sunday is a songwriter who explores the subjects of grief, addiction, love and the torment of social and family dysfunction. Her lyrics and delivery make it abundantly clear that she speaks from experience and authority. Sunday writes from the heart and draws from observations of personal interactions and emotions. She has shared the stage with such great musicians as Ronnie Hayward, David West, Fathead, Nick Moss and the Flip Flops, James Armstrong, D-Rangers, Little Miss Higgins, WashBoard Chaz Trio and more. Her influences come from an array of sources such as the wilderness, Ruth Brown, pain, suffering, Sister Rosetta Tharpe, grief, heartbreak, Bessie Smith, Big Bill Broonzy, mixed in with love, joy, Tom Waits, Billie Holiday and Ella Fitzgerald. She continues to create, explore, interpret and innovate, melding divergent styles and influences, pushing the envelope of her craft further. All the while enthralling audiences with her live performances and singular style.

Sunday wilde’s 4th release steps out of the blues onto the edge of a variety of roots music with her new album “He Give Me a Blue Nightgown”, recorded in the wilds of Northern Ontario at a remote hunting lodge. Sunday shares her distinct vocals and emotionally charged lyrics with a creative team of musicians with this new album. She was the only Canadian Blues Woman to record at the inaugural International Women in Blues in Clarksdale, Mississippi and will be touring to Europe in 2013.

I suffered the loss of my first son and subsequently lost other babies, and used singing to help release this pain

From whom have you have learned the most secrets about blues music and 88 keys?

I learned the most about keys from my partner Reno Jack, whom I didn’t see for five years but he gave me some lessons over the phone. Mostly I just sat and pounded away until I could sing with the music I was playing. 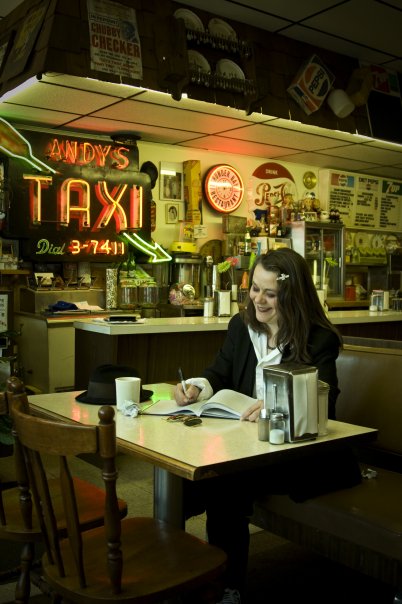 My own songs first. I sang acapella on stage without any instruments.

Blues is about sharing and releasing our pain out of our bodies. This music has offered me freedom from that in a way.

I learn to challenge myself constantly so that I can become better at what it is I want to do. Blues has changed my life as I am happier when I can sing and play.

How do you describe your philosophy about the music and what characterize Sunday wilde’s sound?

Philosophy about the music - I just try to encompass the mood of the lyrics and their meanings into the mood of music. Angry words need angry music, sad and sullen words and meanings need that in the mood of the song. Sunday wilde sound is pure emotion.

Cool nickname Sunday Wilde. How did you come up with it?

Sunday is the day of rest, the day we should be with our families and contemplating life, relaxing and quiet. Wilde is thoughtful ness and abandon.

The suffering I have gone thru, trying to relay a tale of sadness or anger or sullen ness.

I like succinct simple lines that can relate to the human condition whether they are joy or pain. I am a songwriter as I need it; I continue to do it and learn as I am stubborn and won’t give up. The best moment was being nominated for an independent music award for blues song of the year. Another great moment is when my son learned to play guitar for one of my songs. The worst time was when people and other musicians don’t show up for shows.

Are there any memories from studio or playing the blues in juke joints and café around the country, which you’d like to share with us?

One of the best memories in the studio is when we were almost finished my mom (RIP) brought a warm meatloaf but wore jangles on her ankles and I had to tell her to stay still.

That all people are troubled can find it to help their pain.

Never burn bridges, always be supportive and never give up.

My musical dream is to have a song on a movie soundtrack. The thing that turns me on the most is writing new songs and getting the emotion out of my body.

Now, as music is for myself even though i share it, it’s different than raising children. It’s about making a human connection with people who hear your songs. 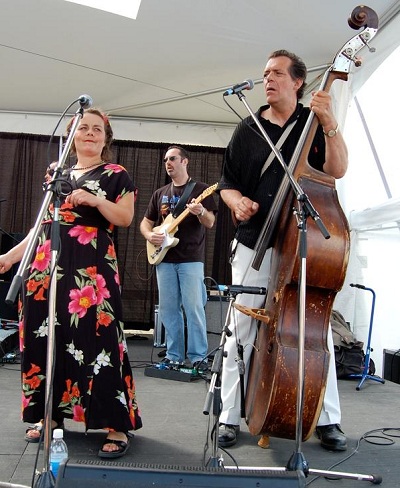 When on stage, I always try to connect with certain women in the audience and know that they may have gone thru similar things in their life.

Real blues is about suffering, grieving and feeling hurt. Blues is that, if an artist can get that across in a song, they have captured the essence of the blues. Age and race and generation are irrelevant.

Which of historical blues personalities would you like to meet? How you would spend a day with Bessie Smith?

I would love to have met Nina Simone. If I spent a day with Bessie Smith I would have wandered down the street with her and yelled at men here and there!!!