"This type of music (Rhythm & Blues) lives in your soul. It speaks for you, and to you, there is nothing that will ever replace that feeling. It's really personal yet universal."

Ruby Andrews: The Gemstone of Soul

Soul songstress, Ruby Andrews, was born is Mississippi and is, these days, Chicago based. She is, probably, best remembered for the songs 'Casanova (Your Playing Days Are Over)" (1967 and later covered by the group Coffee), 'You Made A Believer (Out Of Me)' (1969), and 'Everybody Saw You' (1970). Ruby was associated with the group The Vondells (who recorded 'Errand Boy' and 'Lenora' in 1964 for Marvello Records), and was a night club dancer during her career. Ruby's first recordings were for the Kelmac imprint. Recording under the name of Ruby Stackhouse, she released 'Please Tell Me' b/w 'Wishing' in 1965 for Kelmac. She later recorded at, the Chicago based, Ric Williams owned, Zodiac Records, from 1967 onwards. Her debut song for the label was called ''Let's Get A Groove Going On', which was followed up with 'Johnny's Gone Away'. The third single, the 1967 song 'Casanova (Your Playing Days Are Over)' b/w 'I Just Don't Believe It', reached number 9 in the R&B charts, number 51 pop. 'Casanova' was co-written and produced by another Chicago native, Joshie Jo Armstead, although the tune was recorded and arranged by Mike Terry in Detroit. Successful follow-ups on Zodiac included 'You Made a Believer (Out of Me)' b/w 'Where Have You Gone?' (#18 in the R&B charts and #96 in the pop charts in 1969) and 'Everybody Saw You' b/w 'Can You Get Away' (number 34 in the R&B charts in 1970). Ruby recorded for Zodiac between 1967 and 1973, releasing 16 singles and one album. Many of the Zodiac recordings were produced and written by Fred Bridges, Robert Eaton and Richard Knight, who also wrote for the vocal group, Brothers Of Soul. She released the album 'Black Ruby' on Zodiac in 1972, which contained the Northern Soul favourite 'Just Lovin' You'. Ruby left Zodiac in 1973 and relocated to ABC Records in 1976, remaining there until ABC folded the following year, the company burning much of the recorded product as a result. In 1977, Ruby released the album 'Genuine Ruby' for the ABC, which featured the song 'Merry Go Round' and 'Queen Of The Disco'. ‘Casanova’, saw a new lease of life in 1980, when another Chicago group, called Coffee, released a dance version of the song that went to number 13 in the U.K., but proved unsuccessful on the other side of the Atlantic. Ruby also recorded for Ichiban Records in California, with producer Swamp Dogg, in 1991 on the album 'Kiss This'. In 1993, she recorded a further song entitled 'I Got What I Want At Home' b/w 'To The Other Woman' for Ichiban. In 2004, Grapevine Records released a retrospective, entitled 'Just Loving You'. Ruby Andrews is also the CEO of Genuine Ruby Records LLC.

Well the blues to me means that if I am unhappy or in a foul mood, I put on B.B. King or Bobby Bland, or Jr. Parker, and that sort of gets me moving... What it means to me... it takes me back to my roots, Mississippi. When I am unhappy I put the music on and that takes me higher.

How do you describe Ruby Andrews sound and songbook? What characterize your music philosophy? 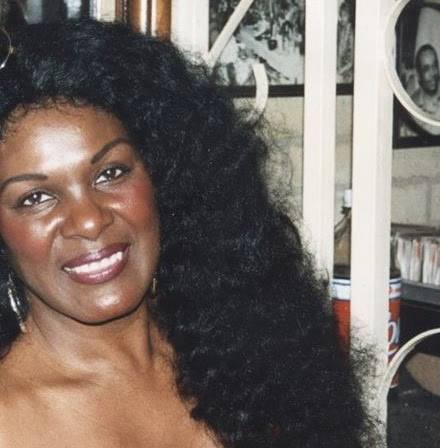 I have my own sound and that came naturally, my music deals with love in maybe a rough way, to say some one was always cheating and was written for women about the men in their lives, for instance in one song the lyric is "Everybody Saw You" sneaking around. I really have my own sound and never imitated anyone else, sort of comfortable in my own skin... I really love all concepts of music, except rap, that goes without saying...lol, my sound is totally R&B although I can sing all styles. I started out in Jazz, and my roots are rooted in Gospel.

This type of music lives in your soul. It speaks for you, and to you, there is nothing that will ever replace that feeling. It's really personal yet universal.

The meetings with recording studio owner Don Davis, in Detroit and Barry Gordy, that message and blueprint of how to get your business up was to have a solid plan and to stick to it no matter what, also to have much faith in whatever you do and most of all pay attention to the "Fire" that’s in your belly, meaning you have to really feel what you are doing and love it, that will have you rearing to go, to get things done, to make that dream into a reality, not only for you but those whom you are going to work with as well as the public. The public will be able to tell if its raw and real. Do the research, put what you have learned to work, go for it.

What does to be a female artist in a “Man’s World” as James Brown says? What is the status of women in Soul?

We hold our own, there is room for everyone if you are one of a kind with your own particular sound. Well I have worked on stages with just about anyone that you can name, The Temptations, Eddie and David were the closest to me. Stevie Wonder, we are still pretty close, Marvin Gaye, James Brown, Ray Goodman and Brown, The O' Jays, Went on the road with Jerry Butler, and also did a  TV  show with Jerry called "Soul", out of New York, I traveled with The Motown Review, I had three booking agents, ABC Booking Agency, Universal Booking Agency, and Ruth Bowen. I did the Apollo Theatre in N.Y, The Howard, in Washington, The Regal in Chicago where I worked with The Miracles, Gene Chandler, The Tempts, Gladys and The Pips and the list goes on and on, I've been to Japan with my deceased husband Robert Squirrel Lester of The Chi-Lites, Paris France in a play that was written around my first hit recording, “Casanova (Your Playing Days Are Over)” music by The Funk Brothers, as well as recordings that were pinned for me by The Brothers of Soul. I lived in Detroit for a long time while having a bit of fun with work. I worked in New York at The Bottom Line Restaurant with Mongo Santamaria, and Bernard Purdy who hired Ashford and Simpsons band for me. I worked with Aretha Franklin and had great conversations with her sisters, and used to run with her brother Cecil Franklin before he passed, I was at Stax Records in Memphis with Isaac Hayes and Sam and Dave, Sam's wife and I go way back, The Dramatics, J.J. Barnes, Ko Ko Taylor, Junior Wells, I hung at Chess Records did shows with Etta James, and Sugar Pie DeSanto, Albert King was a friend of mine. Too many more to mention here.

What do you miss most nowadays from the music of past?  What are your hopes and fears for the future of?

I miss the closeness that music brought out in people, the joy that they shared with each other, the message that people could share, about the truth of the lyric, the kinship that the music and lyric which made people cuddle up, danced to, and chatted with each other over coffee or just listening, and the pain of lost love, of found love. My hope for the future is now that I have started my own company, that I can start those feelings again. The saying is that, music soothes the savage beast. I have no fear of the future, and my motto is: Just Do It. "Well the blues to me means that if I am unhappy or in a foul mood, I put on B.B. King or Bobby Bland, or Jr. Parker, and that sort of gets me moving.. What it means to me... it takes me back to my roots, Mississippi. When I am unhappy I put the music on and that takes me higher."

What are the lines that connect the legacy of Blues with Soul and continue to Rhythm & Blues and Gospel?

R&B, Blues, and Gospel are basically the same, the lyric are different but you can change the lyric and the track never changes, you can use a Gospel track and put R&B lyrics with it and you have an R&B song and vice versa. You can shout, scream, cry and or mellow out, to either.

What makes me laugh is where did that term come from. Work was work wherever it was, you worked for your fans if that was what you were about. You got paid what you asked for and that was a service that was rendered, and was happy to do it.

I can't even fathom that because I've been around the world three times and that was fun for a long time, and the only place that I would want to spend the rest of my life is in the recording studio. I am through traveling, that fire in my belly is out, and I am so excited about the record company that I've started, and to get that R&B back to the people who want it, and they're pushing me toward it. I have artist, writers, promoters, radio stations, and they are all behind me, the industry needs it, and a lot of the people who put their stamp on this industry are gone, entertainers were so busy playing around they missed the lessons, I didn't. And the fire in my belly is hot...lol 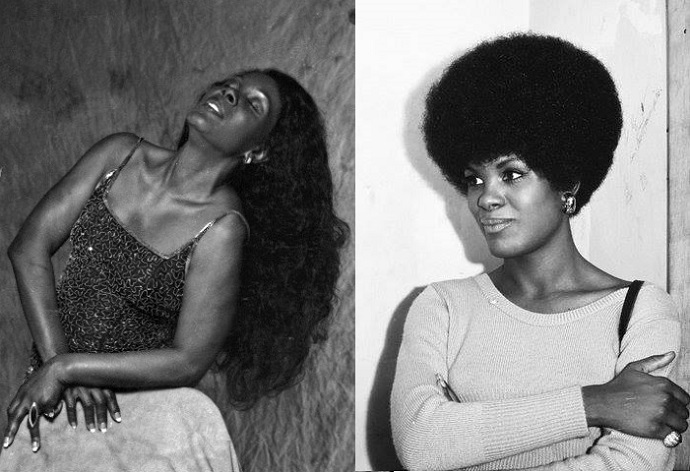