"Blues is an outlet for that pain, a cleansing of the soul. Get it out and move on"

The Bihlman Bros: Brothers On The Road 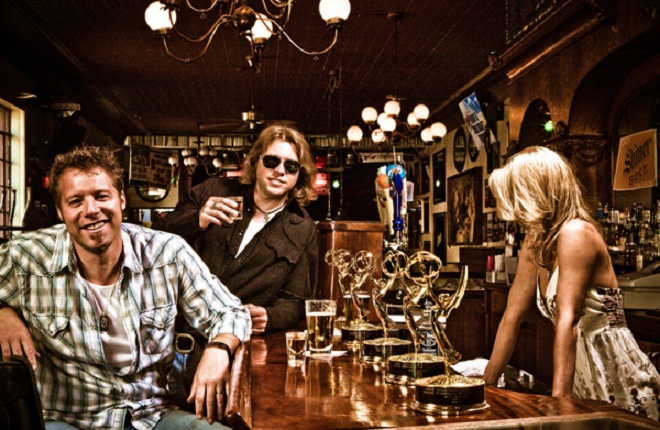 The blues thought me how to let go, and playing straight from the heart. In blues it's about pushing air, and move energy like a heartbeat. "if it's not breathing it's not alive".

The Bihlman Bros. CD was recorded at the world famous Cherokee Studios in Hollywood and released in summer '09, produced by Grammy Award winning Memphis producer Jim Gaines (SRV, Journey, Santana). Jeff is also the author of the book "Easy Soloing for Blues Guitar". The Bihlman Bros. write music and score for film, TV and commercials too! Jabo is the lead guitarist and sometime vocalist for the new heavy blues rock powerhouse Grinder Blues, with King's X frontman dUg Pinnick and bro Scot Bihlman.

Scot: SOUL! I have been enthralled in the blues my whole career. I have gotten to witness things from the masters that have sculpted who I am as an artist today. As a player/educator, and session musician it's all about click tracks, and playing along with sequencers. The blues thought me how to let go, and playing straight from the heart. In blues it's about pushing air, and move energy like a heartbeat. "if it's not breathing it's not alive".

Jabo: I learn that at the end of the day, we are all living the human condition.  We all suffer. I've got problems, you got problems, everybody has problems. Some worse than others. Blues is an outlet for that pain, a cleansing of the soul. Get it out and move on. Not all blues is sad though. I love the happy, joyous, raucous blues too. Some of the old Ray Charles stuff hits me like that. "Sun Gonna Shine Again" is one of my all time favorites. I think SRV brought some happiness to the blues as well. Without blues, there really is no other form of contemporary music. Blues is the mother of it all.

How do you describe your sound? What characterize your music philosophy? 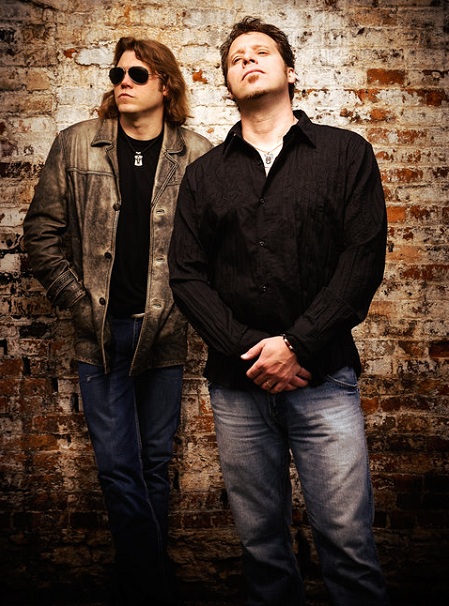 Scot: BIG, AND AGGRESSIVE. I like to hit the drums! I like big punchy sounds that makes a statement. PHILOSOPHY -I always play for the song, not for myself. I'm not out to impress other musicians. In the end it's all about songwriting, and emotions. Giving people an experience is what I try to accomplish.

Jabo: My sound is basically a rock tone. I love the distortion. For Grinder Blues, it was very heavy. We also tuned down to C for most of the record, which is why it sounds so massive on the bottom end. For the clean stuff, I love the chimey bell tones of a single coil pickup. Stick with what works, with what people like. Then give it a little twist.

Scot: I played the White House with Son Seals. Private jets/ limousines/ dinner with the President, and an awesome picture in the Rose-garden to hang on my wall. That's hard to beat! Obviously hanging out with BB King, Ray Charles, Buddy Guy, Billy Gibbons, and a slew of other people/players have been an important experiences on all levels!

Jabo: Human connections and relationships are everything in this business, every business really. Arlo Chan at Warner/Chappell, Missi Callazzo at Mega Force, Jim Gaines, are some of the ones that stand out.  Meeting and working with dUg Pinnick, who has been one of my musical heroes throughout my life, has certainly been one of the great treasures of my career. BB King is probably the nicest and most genuine person I have ever met. A true sweetheart. One of my great memories.

Scot: Be humble, be patient, be persistent, and always FEED YOUR SOUL. 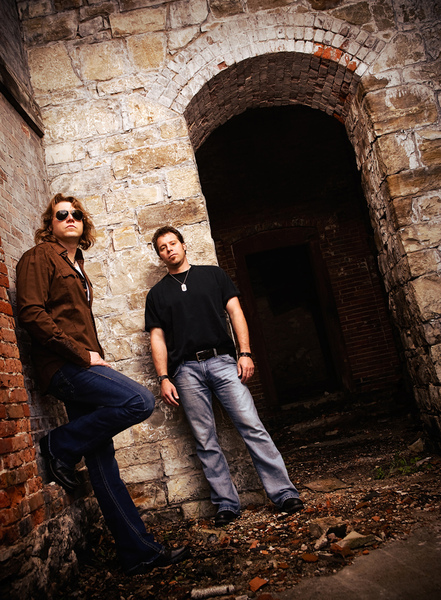 Scot: It's been awesome working with both of these gentlemen. Very different approaches, and there's more then one way to skin a cat. Miles is a straight shooter, and very open to new ideas. It has been a pleasure having that kind of musical freedom, along with a good friendship. With Jim you go with his lineage, and Grammys. They're both great guys, and it's been an honor working with them.

Scot: honestly I don't miss much. I think there has been some really good records put out lately that complement the past.

The future of what....what? The suspense is killing me! Is it the steak I'm marinating right now? Because my hopes for that are that it will go great with some brussel sprouts and a delicious microbrew!

Scot: Going to our website and hearing BB King saying "ladies and gentlemen please give it up for our costars "The Bihlman Brothers!" Still blows my mind! BB King might be the nicest human being I have ever met. He is the king of the blues and he reigns like a king. God bless BB King!! 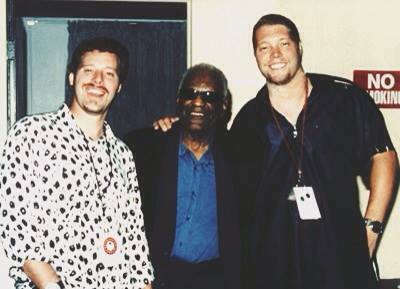 Ray Charles (photo)- just listening to him talk was amazing. Every time he would say something to me I couldn't get beyond that Ray Charles is talking to me!

Koko Taylor- telling me about when she opened, and was hanging out with Led Zeppelin. Amazing!

Son Seals- A quiet man full of life's wisdom. When Son talked you listened. What Son said goes! PERIOD. My experience with Son was amazing. I got to record with him on his last record which features Trey Anastasio (phish), and the amazing Jabo Bihlman. Son was a serious player, and a serious bluesman. It's been quite the journey. What an honor.

Which memories from Jeff Healey makes you smile?

Jabo: Once when we were playing a festival with Jeff Healy, I was out front watching his set. He was in the zone, really just an amazing performance. It was a bit cold and overcast as he was just beginning an extended jam at the end of "See The Light". Just then, I kid you not, the clouds made a little hole and the sun shone through. And it landed right on him. Nobody else on that stage got any of that light, just Jeff. A beam of sunlight just lit him up! It was truly magical.

Scot: With thespians there is always something to laugh at. We are all theatrics, and narcissists striving for fortune, and fame. Whether we like to admit it, or not. That's humorous!

Jabo: I met some amazing, beautiful and interesting people on our last European tour. It's always the people that make it all worthwhile. Stephen Colbert and my kids are always good for some laughs! Scot: well keeping this lighthearted, and not trying to change history. I would have liked to have seen the late 60s early 70s musical movement. Looking back from what I have seen it's possible that might have been the cream of the crop.

Jabo: Hmm, that's a tough one. So many important historical moments!  Quite possibly the room where beer was invented. Or maybe, follow Nikola Tesla around for a day when he was working in Colorado. No, I'd have to say I'd like to go back and be in the control room in Houston when Neil Armstrong took that first step onto the moon. What a thing to have been a part of, to witness the energy in that room. It had to be a living thing! The triumph, the drama, the collective sigh of relief...amazing.