Interview with the fabulous Harvey Brooks, one of the legendary bassists in Blues Jazz and Rock music

"The blues is about dealing with day-to-day life. Good times, bad times, all the in between times. I’ve learned that there’s no escaping your responsibilities."

Harvey Brooks: To Other Super Lavel

Harvey Brooks was born Harvey Goldstein; July 4, 1944 in Manhattan, New York. Brooks came out of a New York music scene that was crackling with activity in the early 1960s. Al Kooper gave Brooks his first boost to fame when he asked him to play as part of Bob Dylan's backing band on the sessions that yielded the album Highway 61 Revisited — in contrast to the kind of folkie-electric sound. Brooks was also part of Dylan's early backing band which performed to great notoriety at Forest Hills, Queens and other venues in 1965. This band also included Robbie Robertson, Al Kooper and Levon Helm. 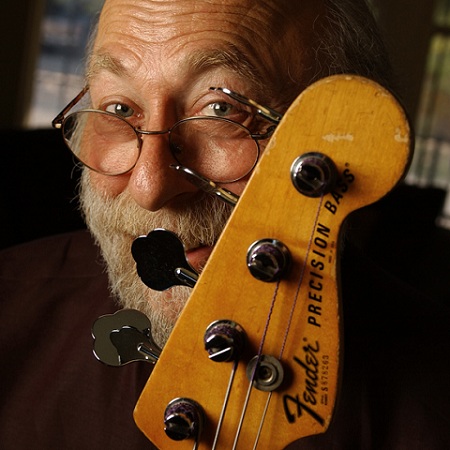 From the Dylan single and album, which became two of the most widely heard records of the 1960s, Brooks branched out in a multitude of directions, as he went on to play on records by folk artists like Eric Andersen, Richie Havens and Jim & Jean, transitional electric folk-rockers such as David Blue, and various blues-rock fusion projects involving Bloomfield and Kooper. Brooks played on Cass Elliot's debut solo album Dream a Little Dream, also on some Doors sessions and was very visible on the Michael Bloomfield/Al Kooper/Steve Stills “Super Session” release, one of the iconic records of late 1960s rock music.

It was through his participation in The Electric Flag, an extension of Michael Bloomfield and Barry Goldberg's interests in blues, that Brooks' career took an unexpected turn. Brooks became a producer at Columbia Records and connected with fellow producer Teo Macero who led him to Miles Davis. Brooks worked with the legendary jazz trumpeter long enough to contribute to the Bitches Brew and Big Fun albums.

Even casual listeners became familiar with his name, and from the 1970s into the mid-1990s, Brooks was one of the busiest bassists in music, working with John Martyn, the Fabulous Rhinestones, Fontella Bass, John Sebastian, Loudon Wainwright III, and John Cale.

I play music for my own enjoyment and to share what I feel with other musicians and listeners. I sum up the music I’m playing into its simplest form and then expand rhythmically and harmonically on that form.

When I’m in a band format, I listening to the other players and musically conversing, remembering that as a bass player my role is to I doing hold the bottom rhythmically and harmonically. In other words keep the groove solid.

How do you describe your sound and progress? 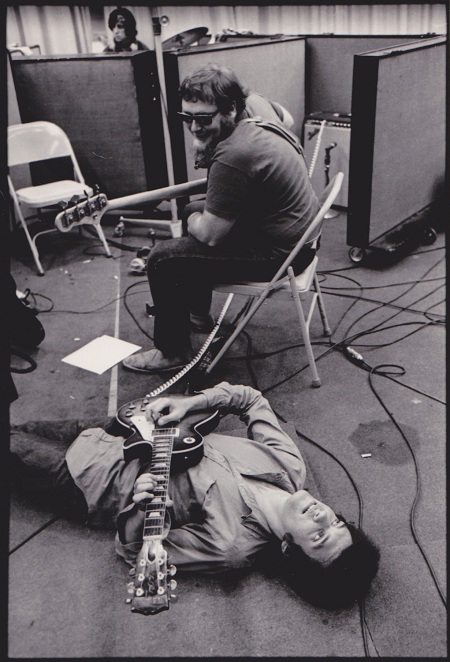 I use La Bella “Deep Talkin’ Bass” flat wound strings which give me a punchy percussive and fat bottom. I use a Hartke LH1000 amplifier and Hartke 410 XL series speaker cabinets.

"I play music for my own enjoyment and to share what I feel with other musicians and listeners." (Photo by Jim Marshall: Harvey and Mike Bloomfield from Super Session recording time.)

“The blues” is about dealing with day-to-day life. Good times, bad times, all the in between times. I’ve learned that there’s no escaping your responsibilities. If you deal with “the blues” daily, don’t use drugs/alcohol to escape from them you stand a real good chance of living a productive, long and peaceful life.

My whole life has been interesting but by far the best part of my life started when I met, fell in love with and married my wife, Bonnie, 24 years ago. She has given me the vision of a bright future and I love her dearly.

Probably the “Highway 61 Revisited” and “Bitches Brew” albums were the best moments. Highway 61 because it gave me my introduction into the business of Pop music as a career and Bitches Brew because it expanded my musical thought and frame of musical reference.

Do you remember anything funny from the recording and show time with The Electric Flag?

When we were recording “Another Country” for the first Electric Flag album we filled the studio with amplifiers and recorded the feedback. The sound engineers were not happy saying it sounds like noise and the producer was saying whatever they want. Bloomfield’s idea was to use the feedback as a setup for his guitar solo. Brilliant effect!

On “Killing Floor” at the end of the tune the tape ran out. The producer was furious at the recording engineer, the band was furious with the producer because it was THE take. John Court the producer said: Hey, Great ending! He was right. 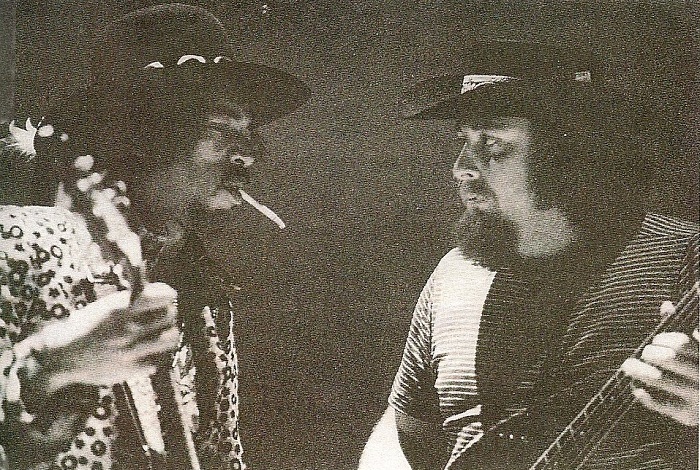 "If you deal with the blues daily, don’t use drugs/alcohol to escape from them you stand a real good chance of living a productive, long and peaceful life." (Photo by Kim Gottlieb-Walker: Harvey and Jimi Hendrix)

One was at the Café Au Go Go. I was in town with the Electric flag, Jimi Hendrix with The Experience, Duane Allman with the Allman Brothers and Elvin Bishop with the Butterfield Blues Band. I do believe we played the first version of Little Wing that night. After that I went uptown to Steve Paul’s “The Scene” and jammed with Jimi, Johnny Winter, Buddy Miles and Jim Morrison.

The best Musical jams took place in Woodstock, New York at the “Joyous Lake”. I remember one particular snowy evening jam that started around 11:30 PM on a Tuesday night. Dave Sanborn on alto, Jack Dejonnette on drums, Kal David on guitar, Howard Johnson on Baritone Sax and myself on Bass. We played till breakfast.

Music hasn’t changed. The chord progressions and melodies that have influenced pop music in all its forms are still there. That has changed is the technology and the business of music.

Be the best person you can be. Keep an open mind and get to know your instrument. It takes work. If it’s easy, move to the next level. "My whole life has been interesting but by far the best part of my life started when I met, fell in love with and married my wife, Bonnie, 24 years ago. She has given me the vision of a bright future and I love her dearly." (Photo by Bonnie Behar Brooks. Harvey and Richie Havens)

Are there any memories from folk era in New York’s Greenwich Village which you’d like to share with us?

Richie Havens lived in the East Village. I met him at the Café Au Go Go and played many sets with him there. When Richie got a record deal from Verve Folkways I was hired to arrange his rhythm charts for most of the album. By now Richie and I were good friends and we decided to work out the arrangements in his hallway outside his apartment, cause the sound was great. The neighbors loved it. The “Mixed Bag” album followed. Richie’s been a good friend to Bonnie & me. He is missed.

With Al Kooper, it is turning around on the stage at Dylan’s Forest Hills surrealistic concert to see Al getting pulled off his stool at the keyboard and still playing as he went down, by a maniacal fan. I looked at Dylan, he nodded, “keep on playing”

I remember playing chess with Bob in Woodstock. I won.

First time I met Mike Bloomfield was at Dylan's Highway 61 Revisited sessions. The door burst open and he came running in with his Telecaster on his shoulder, no case and a big smile.

I met Miles Davis through Teo Macero his producer. When I was a staff producer at Columbia Records, my office was next to Teo’s. Miles had never used electric bass before and Teo sent me down to play on a demo for Miles’s wife Bette to see if I would fit. So I walk into the studio where I’m met by Miles who says ”"Fat Motherfucker what are you doin’ here”. I say, “Teo sent me”, he laughs, punches me on the arm and says “I Know, nice to meet you”. 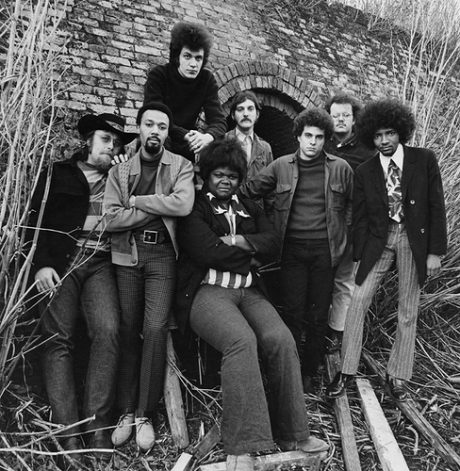 At Forest Hills and Hollywood Bowl with Bob Dylan.

LA Forum in Los Angeles and Madison Square Garden in NY with the Doors.

Peace Rally with John Lennon on 7th Ave. in NYC.